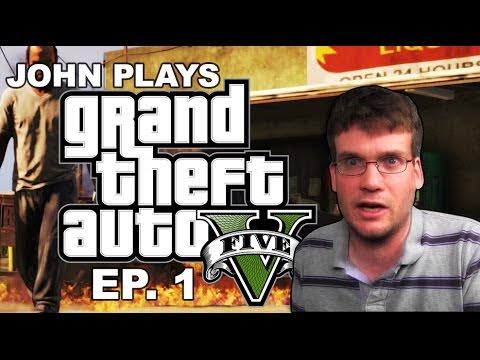 Grand Theft Auto always seems to get mentioned in those freakout articles about video games destroying our children’s lives. It has a…reputation. Even wikipedia has an entire section discussing the various controversies surrounding the series’ adult content and violence. 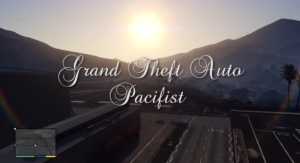 Not one, but TWO, youtubers have found a way to capitalize on this reputation–with a twist. They both ask: Can you play GTA with some sort of moral/ethical structure? The first series, by Goldvision, is the more extreme of the two. Goldvision tries to play the game as a pacifist. Not only does he refuse to kill people, but he goes to great lengths to dispose of the default gun in his character’s inventory. Whenever it pops back up, his first priority is running to a dumpster and tossing it back inside. All goes well until the game forces him to hold up a gas station clerk–which he originally attempts with his bare hands. Consumed by guilt, he tries to return the money, but discovers this is impossible, so he finds a wonderfully nerdy solution. He calculates the profit margin on the candy bars the store sells and figures out how many he’ll need to buy in order to redeem himself. 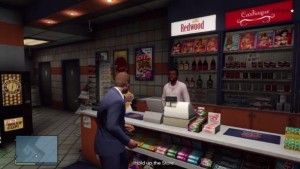 The second ethical GTA show is by the rather famous John Green, who admits his series is inspired by Goldvision’s. Instead of swearing off all violence, he claims to play the game “with his morals”. This apparently means yelling, “Sorry!” every time he hits a pedestrian during his clumsy driving around Los Santos. He does manage to avoid shooting anyone, although a mispressed button sometimes makes his gun fire and next thing you know, he’s fleeing from the police.

You might think it would get boring watching a player wander around a game avoiding conflict, but it is surprisingly entertaining.  Since Goldvision is playing the online version of GTA, he often has humorous interactions with other players. He participates in races and focuses on bettering himself by learning new skills, like flying planes. John Green sends his character to play a few rounds of golf and rides a roller coaster at the Santa Monica Pier. Although, honestly, he mostly spends his time stumbling into trouble and floundering his way out of it–but, hey! It’s all done with a running commentary of insightful analysis and waxing poetic about life’s idiosyncrasies.

Also, can I just mention that this game is shockingly beautiful. Since Los Santos is based off of L.A., the landscape can quickly go from grungy inner city to a lovely seascape. It’s no wonder that both shows take their characters on extended walks among the mountains, even visiting the “Vinewood” sign. It’s an extra treat for me, who lived in the LA area for several years because I can spot places I’ve visited. 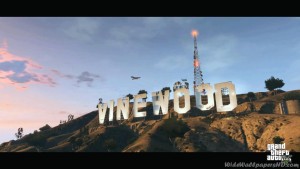 So whether you’re a GTA fan or not, these videos offer a fresh approach to the game. Goldvision’s approach is more structured and he’s more committed to his pacifist angle. John may be not be as hardcore about avoiding violence and crime, but he’s a lot more spontaneous and charismatic (Goldvision’s videos usually feel like he’s reading a script). You should totally check out the first episodes of each and see which you like better.