You better not Pout, You Better not Cry-Krampus is coming to town a review

Review: Krampus (2015)   Could Michael Dougherty’s latest horror-holiday hybrid Krampus be a new Christmas classic? I’ll tell you in a bit. First, let’s talk a bit about... 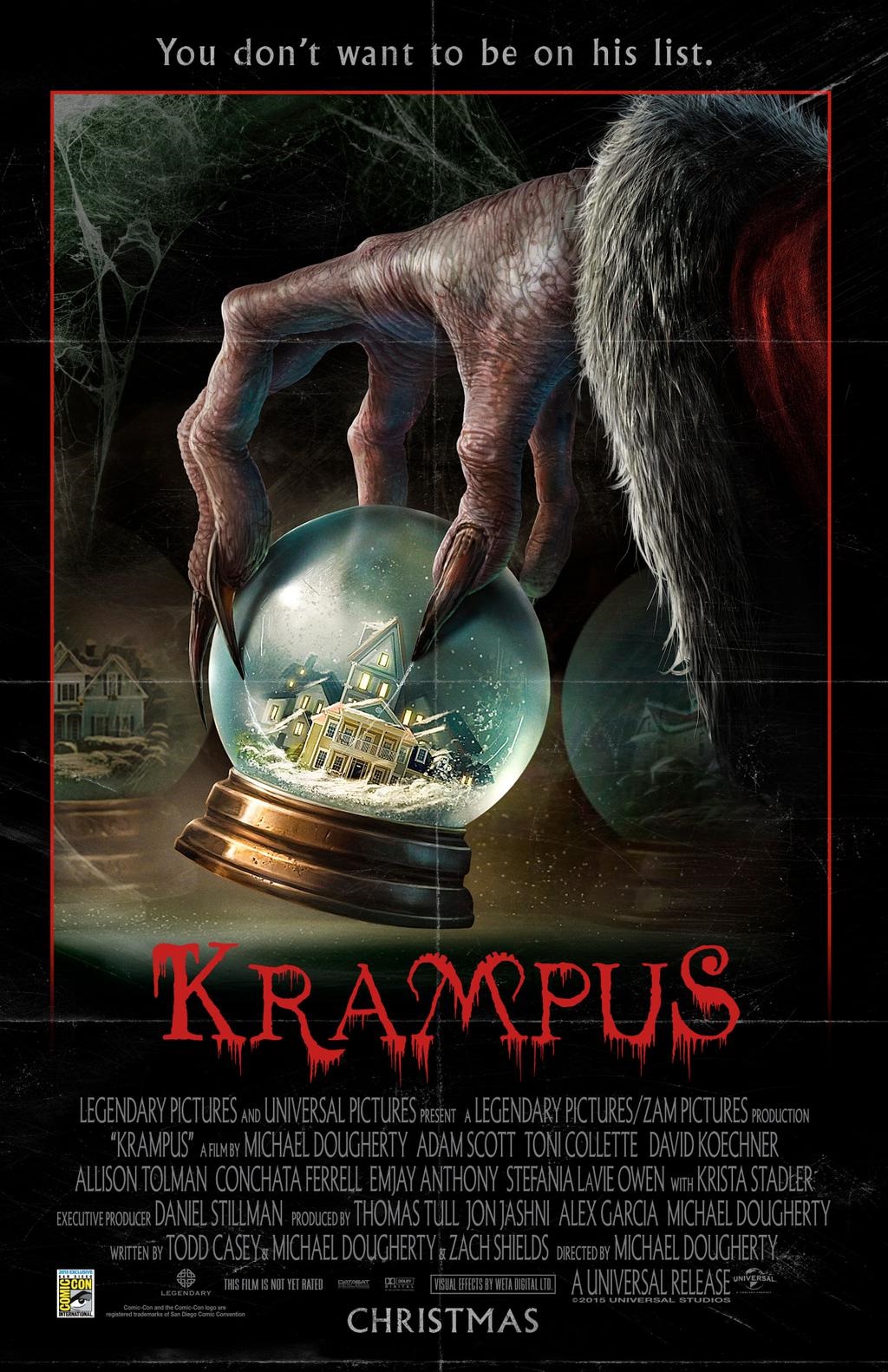 Could Michael Dougherty’s latest horror-holiday hybrid Krampus be a new Christmas classic? I’ll tell you in a bit. First, let’s talk a bit about Dougherty.

If you’re not familiar with his 2007 Halloween flick Trick ‘r’ Treat, stop what you’re doing immediately and go watch it. It’s an anthology film, intertwined with a creepy story about the now iconic character of Sam, the embodiment of the Halloween spirit in a physical and murderous form. Also, he’s pretty damn cute. Dougherty’s Trick ‘r’ Treat succeeds for many reasons; a keen eye for detail, a superb score, and most of all, black humor that’s just as wacky as it is violent. He tackled Halloween perfectly, so of course the next logical step is…Christmas…I guess. Ok, yeah! Christmas! Why not?

Krampus starts out as your typical family holiday movie, starring Adam Scott of Parks and Recreation as Tom, head of the Engel household. When Tom’s sister-in-law, Linda (played by the wonderful Allison Tolman), comes to spend the holiday with her bratty children and obnoxious husband, young Max Engel becomes so disheartened with the entire holiday that he rips up his Christmas list to Santa and throws it to the frigid wind. This seemingly innocent act has disastrous consequences, prompting the Christmas demon Krampus to come and play; chains, evil elves, crazy gingerbread men and all.

Going into the film, I had incredibly high hopes. Trick ‘r’ Treat was amazing. An R-Rated, gory, fun as hell horror flick. I had a feeling that with Krampus’ PG-13 rating, I’d be getting Dougherty’s unique and exceptional filmmaking with a bit less blood. And I got exactly that.

Krampus takes its time. I mean, it really, really takes its time. It starts off without even an inkling of any horror element whatsoever and continues that way for some time. Then, the sky darkens, the snow deepens, and we get going. A bit. Up until an hour in, it’s almost all buildup. When it finally gets going, though? Man, was all that waiting worth it. The movie serves up some excellent scares and some exceptional creature effects. When we finally get a good glimpse of Krampus and his evil friends (both big and small), they look astounding. Dougherty’s attention to detail is incredibly apparent in both set design and creature design. Truth be told, I’m a CGI-hater in horror movies. I was actually disappointed in the fact that the CGI in Krampus looked great. Now that’s dedication to thick-headed stubbornness!

In Krampus, seeing Adam Scott play Tom Engel is a treat from Saint Nick in itself. Too often does he play the smart, “I love to get walked on but it’s okay because I’m naïve” guy. Here, he really gets to shine when he starts taking responsibility for his family’s safety and well-being. Tom Engel means business once he’s pushed too far, and it seems incredibly authentic here. Bravo to you, Scott. I knew you had it in you. 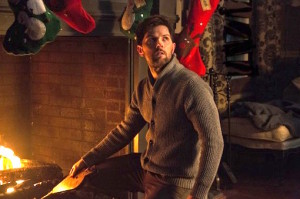 Now, onto a topic that I’ve heard ad nauseum; the rating. Many viewers of this movie had an issue with the lack of blood and gore due to its purposeful PG-13 rating. Krampus clearly holds out on the blood and guts, and I believe it’s for a good reason. Think about it; Christmas is about family. Horror can be a very polarizing genre. Maybe some people don’t like how scary it is, or the excessive violence. So making a Christmas horror film that the entire family can enjoy that’s not too scary or bloody but still insanely enjoyable is a very smart move on Dougherty’s part. Bring the whole family. Sure, it may scare the living hell out of a young teen, but maybe that’s just what they need. PG-13 films can be a great gateway drug into the world of horror. If you’d like something with more blood and guts while still including Krampus, A Christmas Horror Story may be a better bet for you.

So, back to the original question. Is Krampus naughty…or nice?

When everything is said and done, Krampus is a great film. The humor is good and the scares are frightening, but only just enough that I don’t feel guilty bringing my girlfriend along. It’s a family horror movie along the lines of Poltergeist, and If that sounds crazy, that’s because it is. And it’s awesome. Go see this movie before Christmas or you might just end up on the naughty list.

Too many Christmas jokes in this review? Probably. Sue me, Grinch!