I know I know this looks like another top ten list however I decided not to rank the shows on this list but give you all my favorite New... 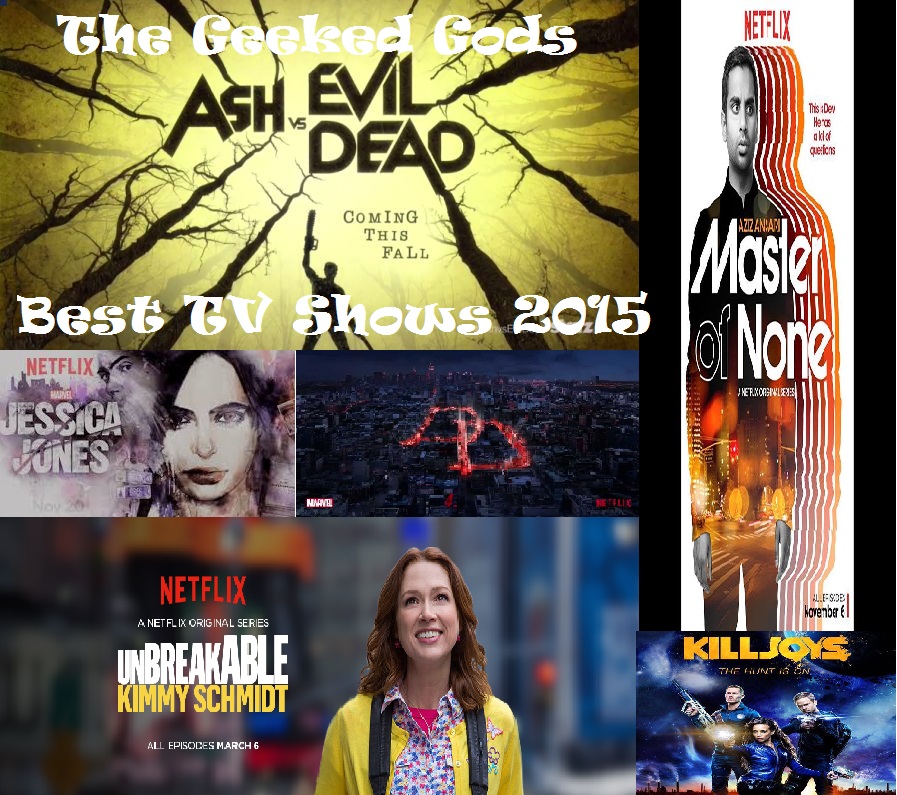 This year we see a trend continue with new content being released on Netflix rather than Network/Cable TV. These shows on Netflix run the gamut of genres from comedies, Sci-Fi, Horror to Super Hero movies. Each of these shows brings great storytelling and excellent quality television programming. It seems as the Netflix trend will continue in 2016 with several new shows coming out on Netflix.

Overall I was euphoric with the new shows that debuted in 2015 we got shows I’ve wanted without knowing it and happy with the great story telling that was in the new shows of 2015.

Here is my list of New Favorite Shows of 2015 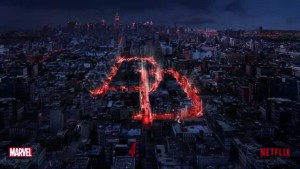 This year Marvels first of 4 Netflix shows appeared on Netflix and was outstanding. Marvel brought the gritty Daredevil series that the fans wanted. There was dynamic storytelling, and the cast was magnificent, it’s a shame Vincent D’Onofrio was not nominated for an Emmy. I can’t wait for Season 2 especially Elektra and the Punisher coming in for Season 2 hopefully we see another major villain……… 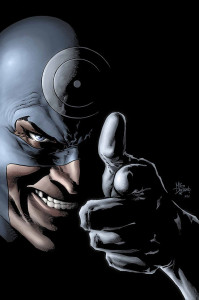 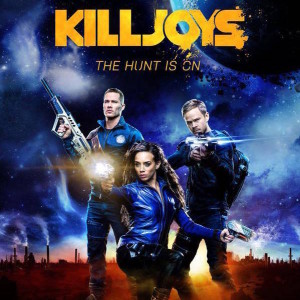 Why I like Kill Joys-
Interplanetary Bounty Hunters-Check
Spaaaaaaaacccccccce Adventure
Aaron Ashmore
The Killjoys an excellent series check out Season 1 if you haven’t yet a fun series Season, 2 starts in January.
https://www.youtube.com/watch?v=ST9OkLjTu9Q
Scream Queens-Fox

You Idiot Hookers better understand, I didn’t want to like the series but ended up watching every week. Even though I had some problems with some of the writing and who the killer turned out to be I still watched every week for the camp factor. The series is fun, I feel it got clobbered by the critics comparing it to American Horror Story, but this is not it, this is an entertaining serial killer story. It doesn’t look like a season 2 is in the cards which is a shame. 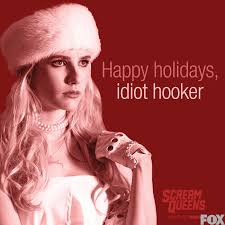 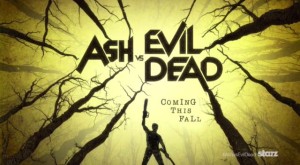 Bruce Campbell returns to the role that made him famous. I was hesitant for this show cause they had more to lose than gain however with the great writing, throwbacks to the things that made the Evil Dead and Army of Darkness series memorable, I thoroughly enjoyed this series even with some of the CGI effects. This series is groovy, and we get a season 2 too.
.. 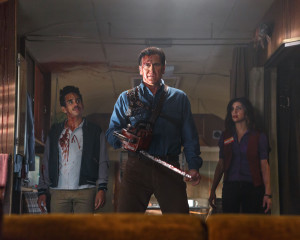 Aziz Ansari’s new show is hilarious laugh out loud funny and for me is an Autobiography with my relationship with my Dad. If you haven’t checked it out, you should go now watch it.
All I can say is that Taye Diggs Hates Celery and Fisher Stevens can suck it for Short Circuit 2 –
*I have been saying this for years finally someone listens. 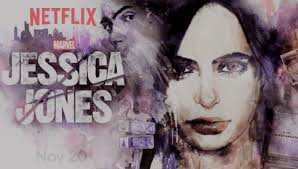 The second Marvel Series on Netflix was also resounding success. It stayed faithful to the source material and with the Dynamic acting and storytelling was another Jewel in the partnership of Marvel and Netflix. The show pulled off the gritty and tragic nature of the character and went places I thought they wouldn’t. I am hopeful in a season 2  announcement.

We can never have enough Tina Fey and this show starring Ellie Kemper is hilarious as the Doomsday cult victim living in the real world. I don’t agree with Netflix’s; it only took the first episode of Kimmy Schmidt for me to get hooked. I know there is a lot of controversy around the show, but I don’t think the critics got the jokes. Can’t wait for Season 2 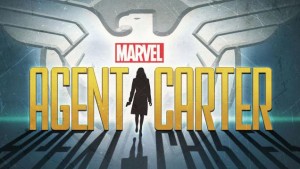 I didn’t know what to expect, I was a fan of Haley Atwell and knew the character from Captain America but did not know her back story and how this show would be perceived. I am glad Marvel made Agent Carter and Haley Atwell the first Female led superhero show. The writing was compelling and the storytelling showed that Agent Carter’s story was more than Captain America’s story, she is one of the founding members of Shield and first class spy. I also liked that the show focused on Agent Carter and Jarvis’s relationship without making it romantic. Season 2 starts in January Also hoping for an Agent Carter/Agents of Shield mystery crossover. 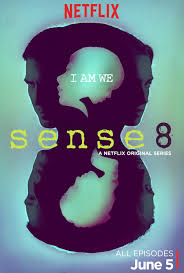 Let me know if you’ve heard of this show eight strangers force to live in the same house eh no not that show. Sense 8 follows 8 Strangers from across the world become emotionally and mentally linked after seeing a vision of a woman’s death. It turns out that these people are sensates and are being hunted.
The series comes from J. Michael Straczynski and the Wachowskis Season 2 has been announced but with no release date. If you like Sci-Fi, the Wachowski and mysteries this might be the show for you. 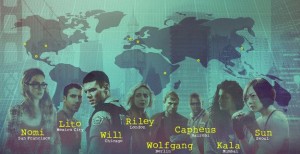 This show is the second lead with an Indian person this is more a Thriller/Action Adventure/Mystery. The story focuses FBI recruits at the academy as they graduate someone frames Alex Parrish as a terrorist. The series goes between flashbacks and flash forwards to tell who the terrorist is and why Parrish was framed.