We recently wrote about the best comic books that were adapted from television series, and below you’ll find our list of the worst.  For us, it’s not that these... 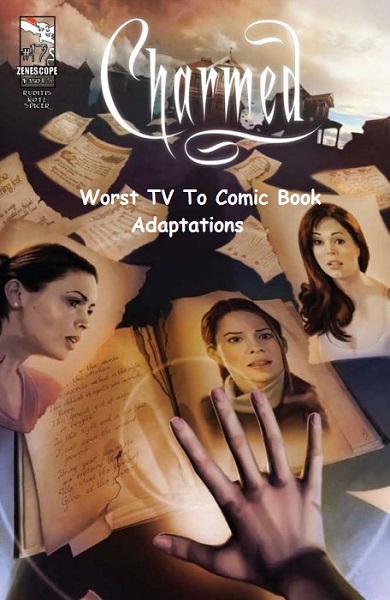 We recently wrote about the best comic books that were adapted from television series, and below you’ll find our list of the worst.  For us, it’s not that these are bad comic books (some of them, in fact, are pretty good), it’s about how the comic book adapted the material and if it stayed true to its source.  The books listed below were not great accompaniments to their source material, and they’re on our list because they were disappointing.

There have been a few incarnations of the now classic Batman Beyond cartoon in comics.  Since the series premiered in 1999, DC Comics has attempted to bring this future batman into the mainstream comics continuity with various miniseries. Now, the DCU has an ongoing Batman Beyond series with a tiny, tiny problem – there’s no Terry McGinnis. A time-dislocated Tim Drake will be wearing the futuristic Batman suit, which is fine, but it’s not the Batman Beyond we were hoping for. The series is still new, so fingers crossed that fans get the Batman they deserve. 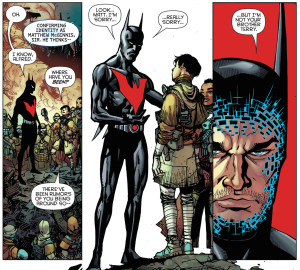 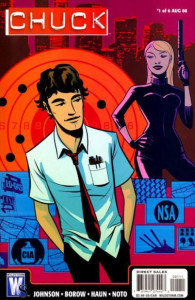 The television show that put Zachary Levi on the map received a six issue miniseries in 2008.  Peter Johnson and Zev Borow, the series’ co-executive producer and writer, created the story for the series.  It’s not a bad comic, but like Batman Beyond above, it’s just not truthful to the television show.  While many characters from the show make an appearance, the dialogue feels stilted and doesn’t ring true. For a show that became popular because of the authenticity of its protagonist, this book feels more like a sad knock off than a continuation of the show. 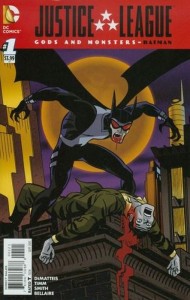 So, we admit, this addition to the list is a little different as instead of a full television series, Justice League: Gods and Monsters was a direct-to-video film release.  The Gods and Monsters movie featured great voice acting and story development, so it’s a bummer that this series of one shots hasn’t met the same standards. There are a lot of great opportunities for character exploration here, but the authors put DC’s big three into situations that read like bad jokes (Wonder Woman hanging out with hippies!) instead of a great story. 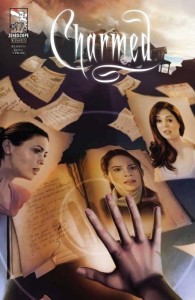 Charmed, popular with a small, core group of fans, was a television show very representative of the era it aired in – meaning that what was current in the early 2000’s doesn’t hold up very well today.  The Charmed comic book series is no different. Fans of the show may love this series but general fans of comic books will not.  The art’s main function is to make the characters look like the actor that portrayed them, and the story-lines are sub par.  This series is not easily accessible to the average reader, while similar comic book series (cough Buffy cough) are.  You’re better off sticking with Charmed re-runs, or just sticking with Buffy the Vampire Slayer instead.

Yes, we know that opinion of comic books completely vary and can be subjective. Did we miss any or do you think there are some that shouldn’t be on this list? Let us know in the comments below or on Twitter!