Worst Sidekicks Not every sidekick has what it takes to run alongside the best comic book superheroes.  We previously covered the best superhero sidekicks and now it’s time to...
by Alexandra Wilson May 31, 2017

Not every sidekick has what it takes to run alongside the best comic book superheroes.  We previously covered the best superhero sidekicks and now it’s time to cover the worst. Whether they are just utterly useless or really, really annoying, here are the youths that you absolutely don’t want to be paired with when trying to save the world.

This supposed Spider-Man sidekick was so bad, he was written out just a few issues after he was introduced.  Despite undergoing a similar event as Peter Parker ang gaining similar powers, Alpha didn’t take his role seriously. He didn’t train, didn’t listen to authority, and regularly put people in more danger than they were already in. He’s still kicking around the Marvel Universe, but the less we see of him the happier we’re going to be.

Even though Will Eisner’s The Spirit is considered a comic book classic, there are a lot of problems with the character of Ebony White. He was a young taxi driver who also served as confidante to The Spirit, but as you can probably guess from the name alone – the design of the character brought out the worst racial stereotypes. We’re lucky that comic books have moved to a much more progressive place, but for now – this sidekick is a stain on comic book history. 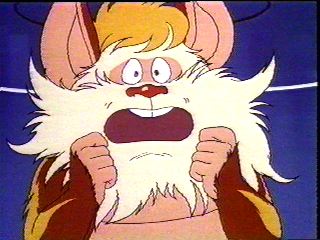 Yeah, I don’t care if you really love Thundercats. Snarf (who, I should point out, actively chose to be called Snarf instead of his actual character name) was a small, intelligent cat who was a loyal servant to the Thundercats. Because Snarfs could not do any evil of their own, he stuck very closely with Lion-O and had the even more annoying habit of ending his sentences with “snarf, snarf!”  Would you hang out with a friend of yours who consistently repeated their name after everything they said? That’s what I thought.

A generic Hydra henchmen, he’s utterly useless despite his enthusiasm for his organization. Stories involving Bob are fun, as he casually cameos in Deadpool and provides a great foil to the anti-hero and his combatants, but again – Bob is truly hopeless.  Poor Bob. 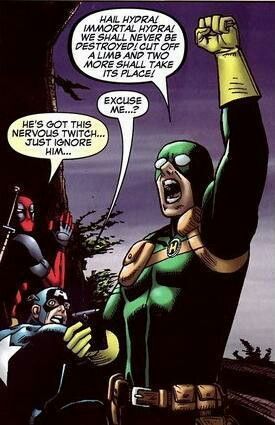 Imagine if all of the cool parts about Batman were taken away, and you pretty much have Bat-Mite. Bat-Mite is an imp from another dimension who wants to be Batman. Despite wearing a costume similar to the Dark Knight’s, they have absolutely nothing in common. Bat-Mite makes a joke out of everything and speaks in a high-pitched voice.  Though his miniseries a few years back was just okay, he doesn’t exist well on his own; he’s useless without Batman as a foil and very annoying with him. 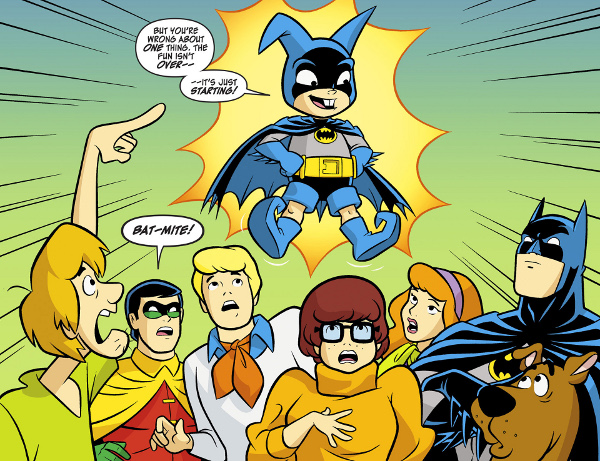