Worst Comic Book Twists  There are some great comic book moments that last throughout the whole of comic book history (and the history of literature) itself, but then there... 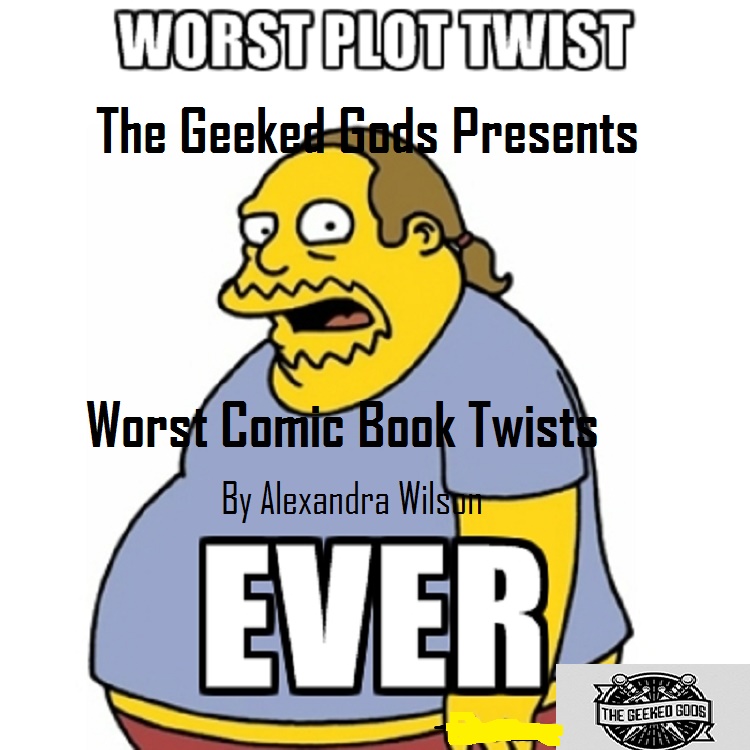 There are some great comic book moments that last throughout the whole of comic book history (and the history of literature) itself, but then there are the worst.  Moments that are just so, incredibly, undeniably dumb that once you read them, you can’t stop but wonder exactly how (and why) it got published in the first place!   Yes, there are a lot to choose from, but we’ve rounded up the worst of comic book twists, cliffhangers, and plot points that left us baffled.

Xorn is Magento, but then he’s Xorn 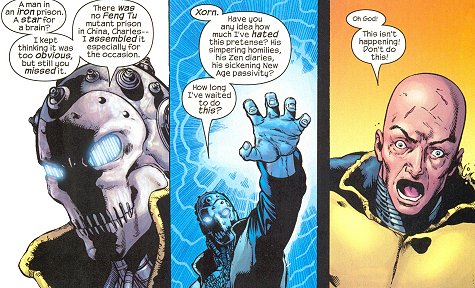 This twist almost made our list of best comic book reveals, since the original twist (that Magneto had infiltrated the X-Men as a new, fan-favorite character) was actually pretty great. The main problem is with what happened afterwards.  Marvel loved the character of Xorn so much that they were not pleased when Grant Morrison revealed the character to be Magneto in disguise.  Editors then retconned the whole event – creating another Xorn that was actually the twin brother of Xorn that was connected to Magneto… the whole thing is just very confusing and a melodramatic mess. 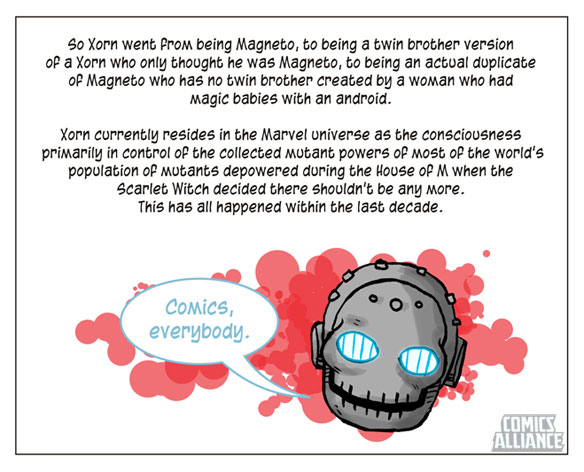 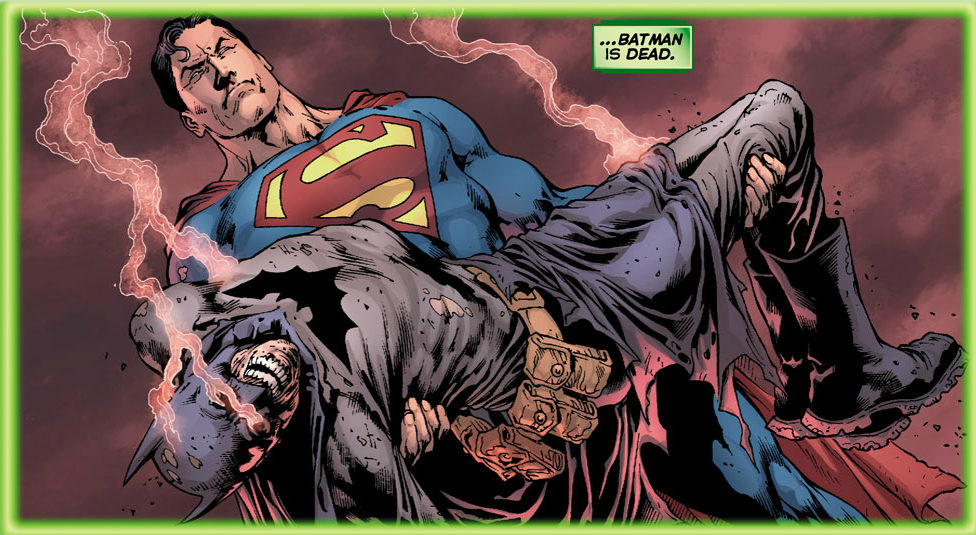 So here’s the thing.  Batman, a.k.a. Bruce Wayne a.k.a. the original Batman, is never going to die. Never ever. Fans and comic book writers and DC as a company would never allow that to happen, especially since Batman has only grown in popularity over the years.  Batman’s death in “Final Crisis” and in “Batman R.I.P.” and in “The Batman and the Demon” and in the several other stories that Batman has died in, we know that it will never stick. The plot ”twist” of Batman dying should die – permanently. 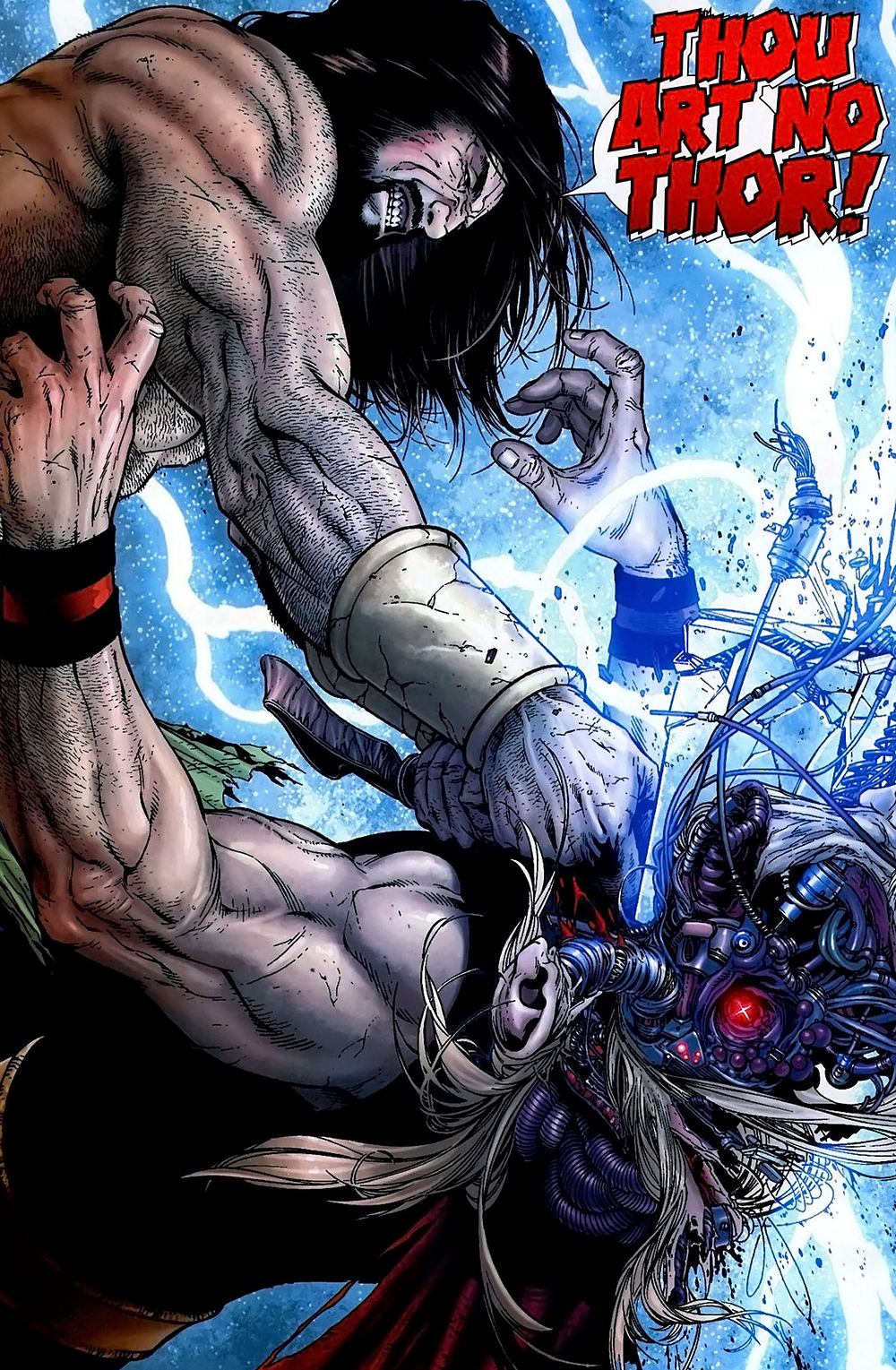 The Civil War event was a great moment for Marvel comics. (It’s the reason fans are so excited to see Iron Man and Captain America duke it out on the big screen come May.)  The series was full of crazy twists – from Spider-Man revealing himself as Peter Parker to the death of Captain America. Yet, there were certain moments in the series that were just… weird. Specifically, the fact that Iron Man had cloned Thor from a stray hair years back and that during this conflict, he brutally murdered Goliath.  The clone of Thor, who renamed himself Ragnarok, went on to continue to be the worst in other comic book storylines. 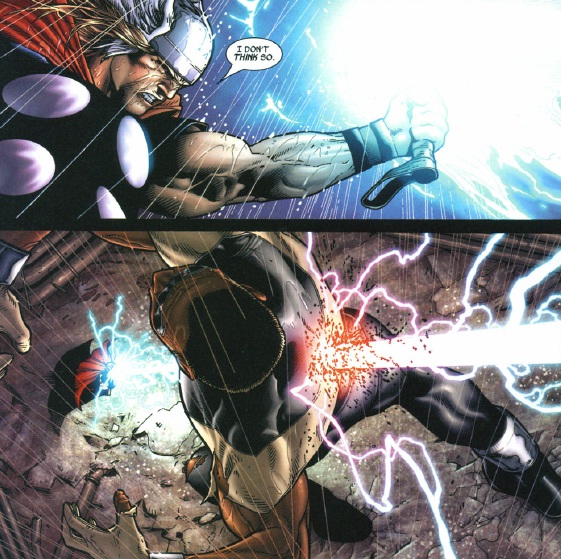 Anything related to the Clone Saga 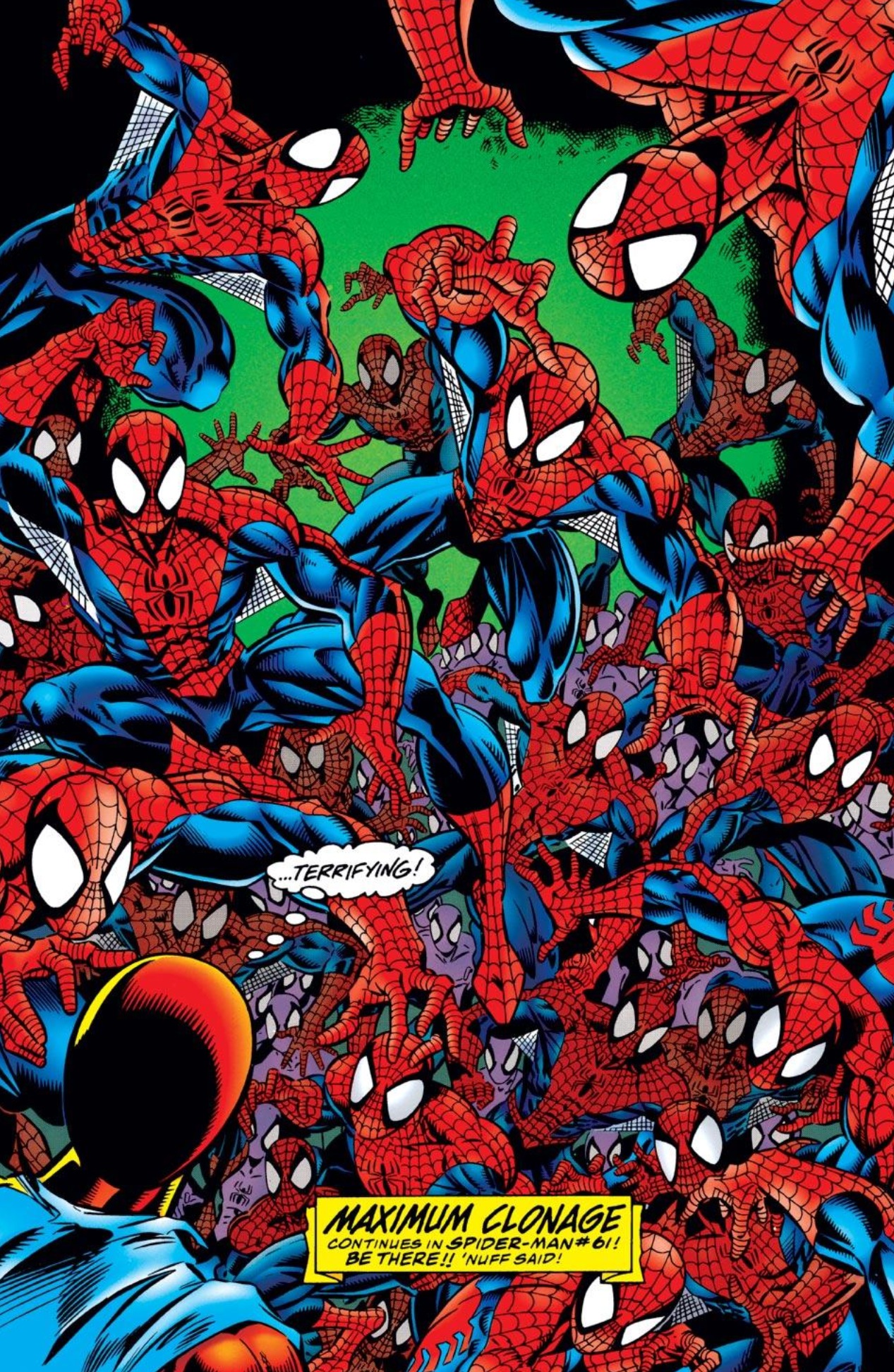 Peter Parker is one of the most beloved characters in comic book lore, so it makes total sense to tell readers that their favorite superhero isn’t who they think he is. Right?  When Marvel tried to convince readers that Peter Parker was a clone named Ben Reilly, and then to tell them that it was all a plot by the no-longer-dead Norman Osborn – the Clone Saga became infamous as a pointless, terrible series of plot twists. The worst part? Part of this ordeal led Peter Parker to have a baby with Mary Jane, who mysteriously disappears from comic books once the storyline ends. 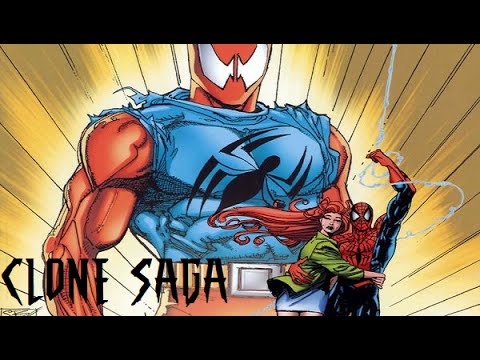 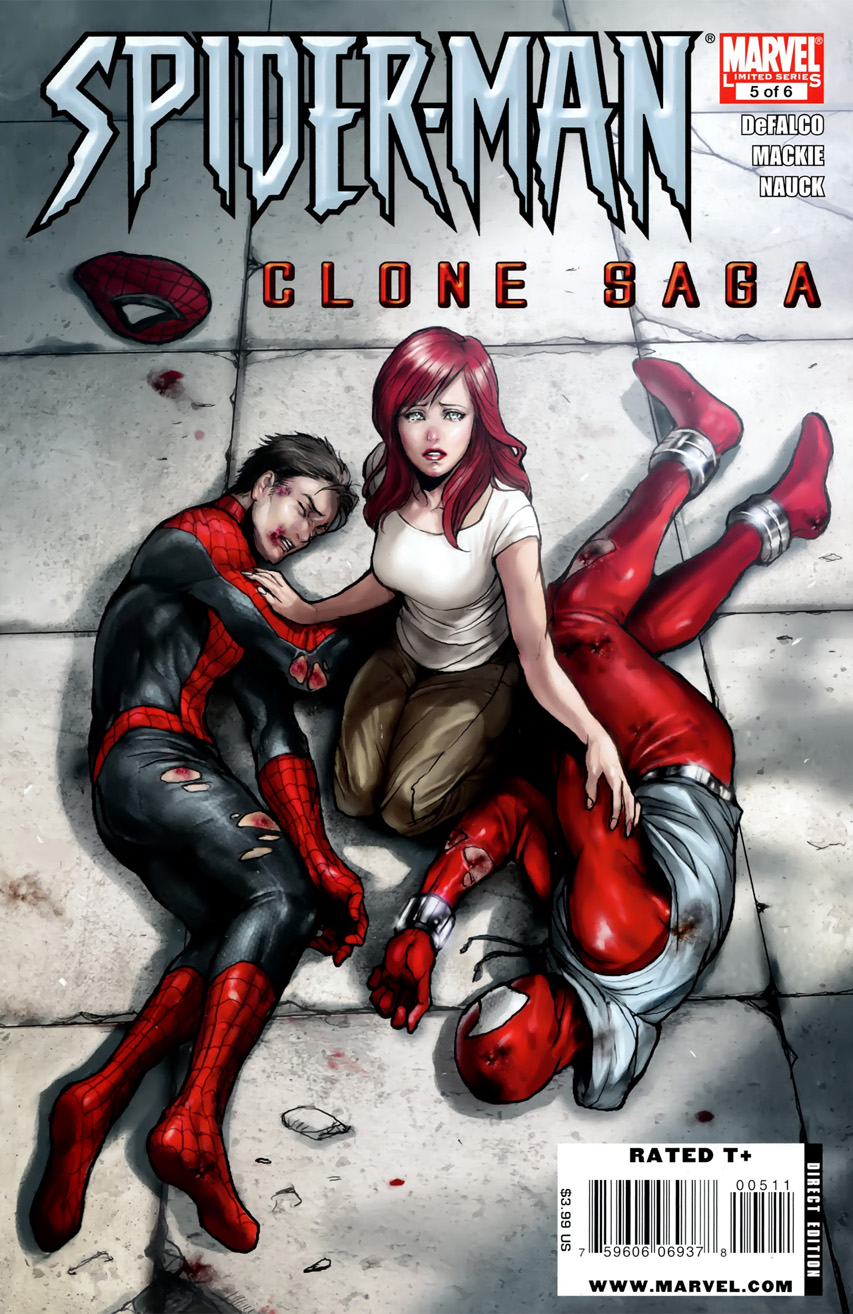 So are these the worst Comic book twists are there others let us know in the comments below.