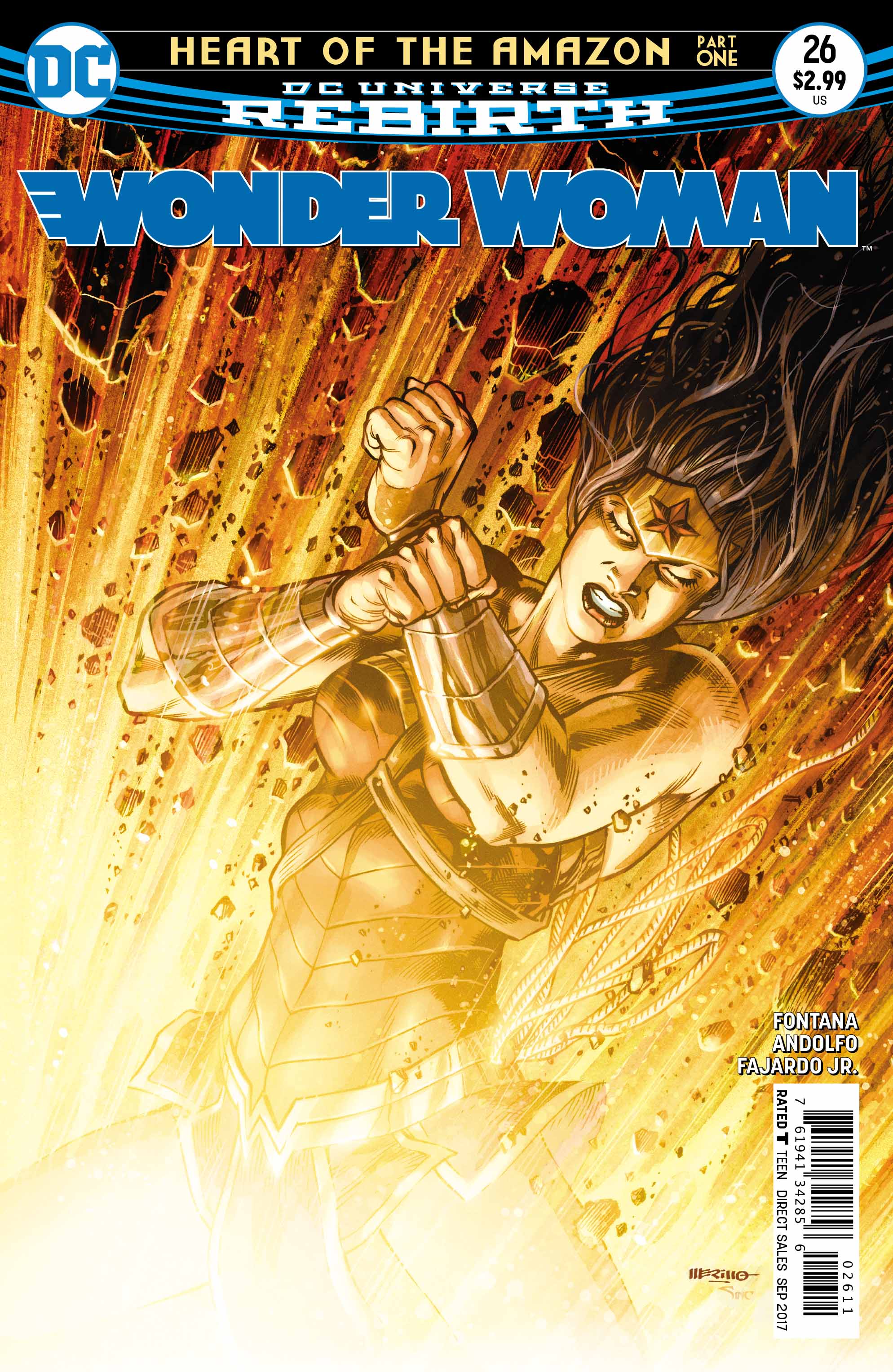 DC Super Hero Girls veteran Shea Fontana takes over writing duties from Greg Rucka for a new run on Wonder Woman this week. Joining her is Mirka Andolfo on pencils. An all-woman team on Wonder Woman! That’s more rare than you think… 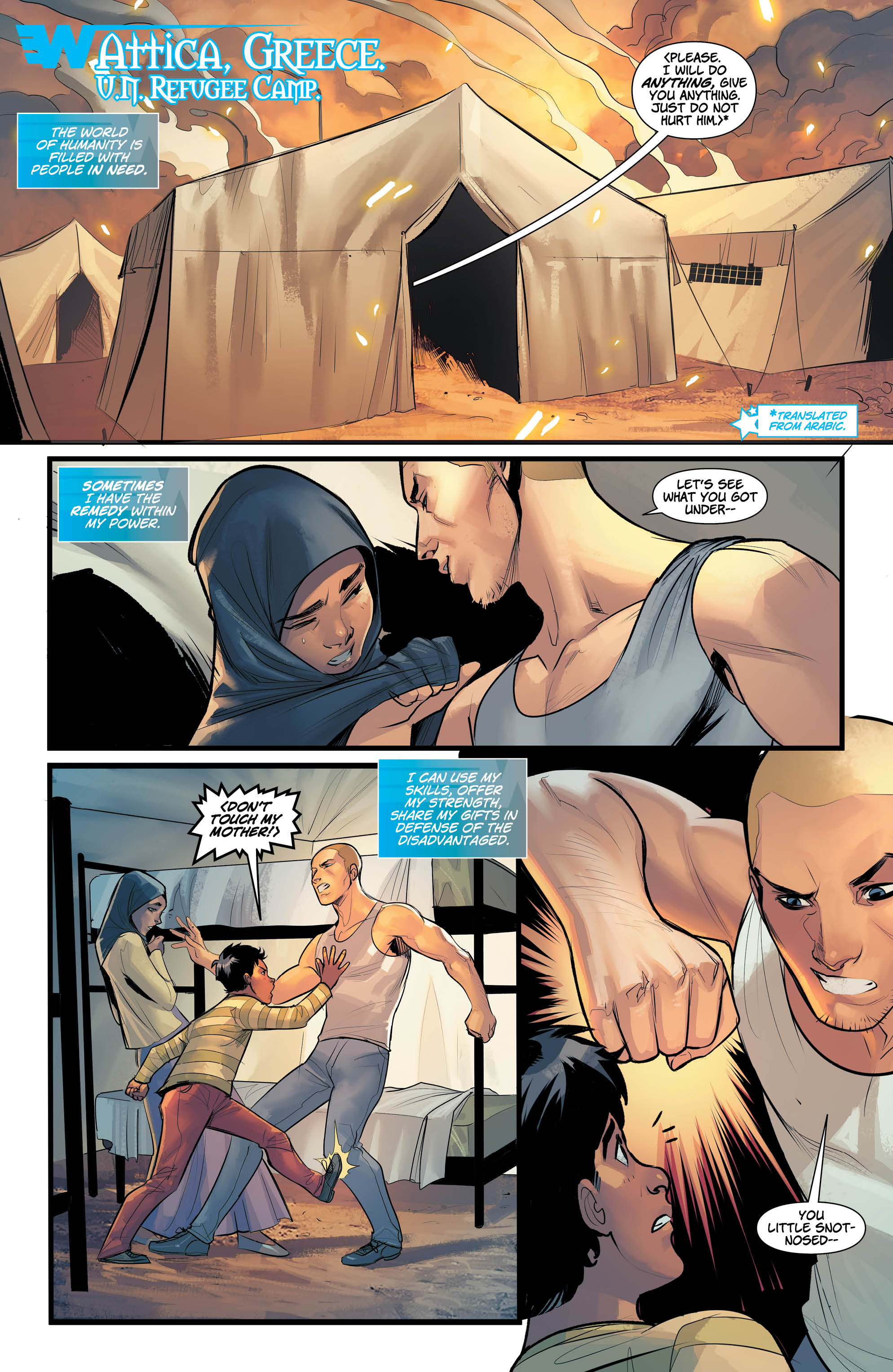 Fontana appropriately kicks things off with a quiet issue that sees Diana taking a bit of a load off, after the events of the last 25 issues. And what better way for Wonder Woman to relax than to go to a wedding?! The superhero is skeptical about this plan, but even she’s not strong enough to say no to her best friend, Etta Candy, who’s always good at getting Diana to have some fun. 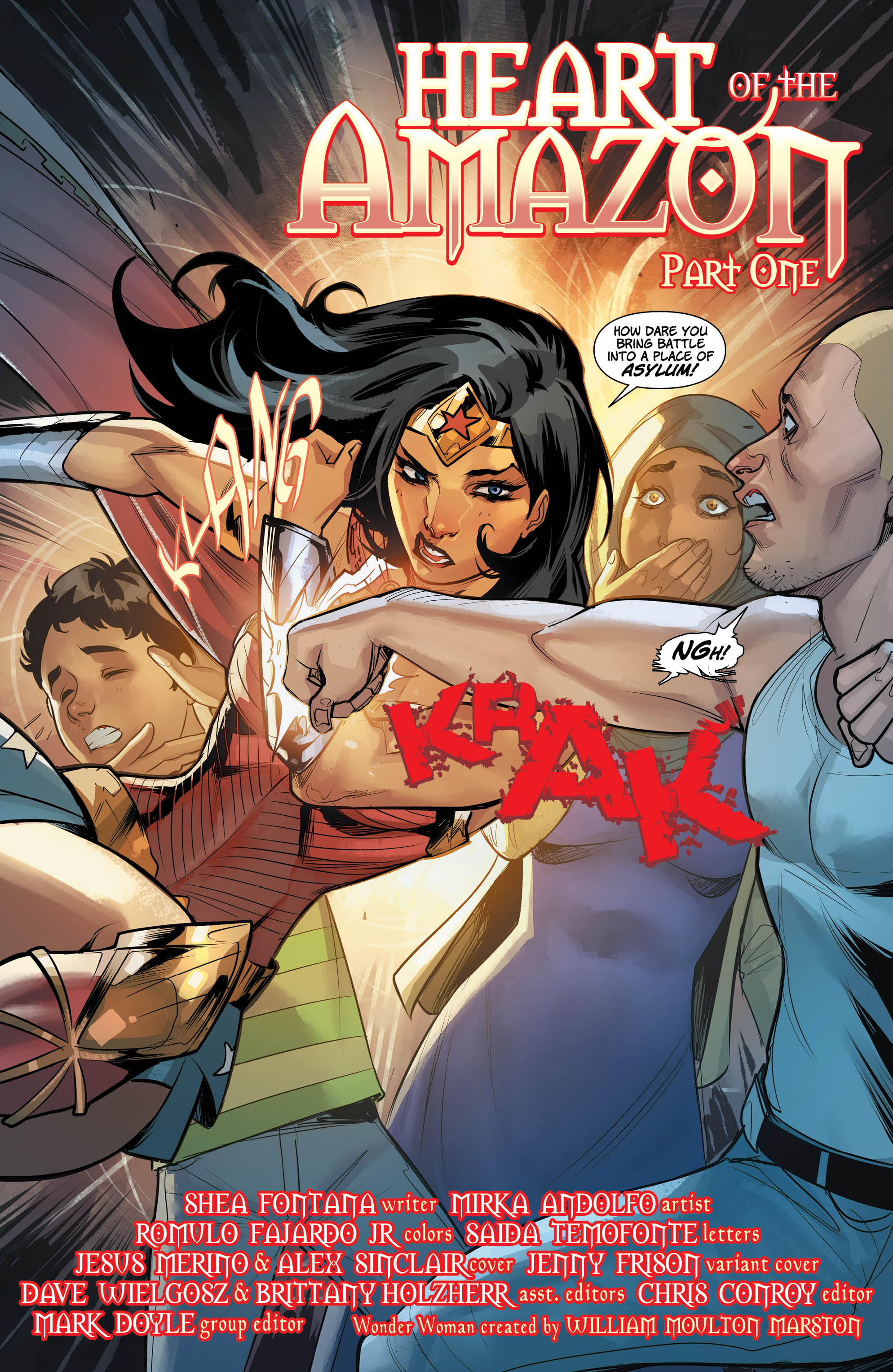 Fontana and Andolfo’s run couldn’t come at a better time. After Wonder Woman’s stellar debut on the big screen, fans will undoubtedly be looking for a good jumping on point in the comic, and #26 is it. The new art style and lighter tone seems designed specifically to give readers a fresh start. It actually reminds me a bit of the way Cameron Stewart, Brenden Fletcher, Babs Tarr gave Batgirl a soft reboot after Gail Simone finished her run. Fontana seems more interested in tackling Diana’s more human side — or at least the side of her that wants to learn to be a bit more human — than her well-established warrior aspect. 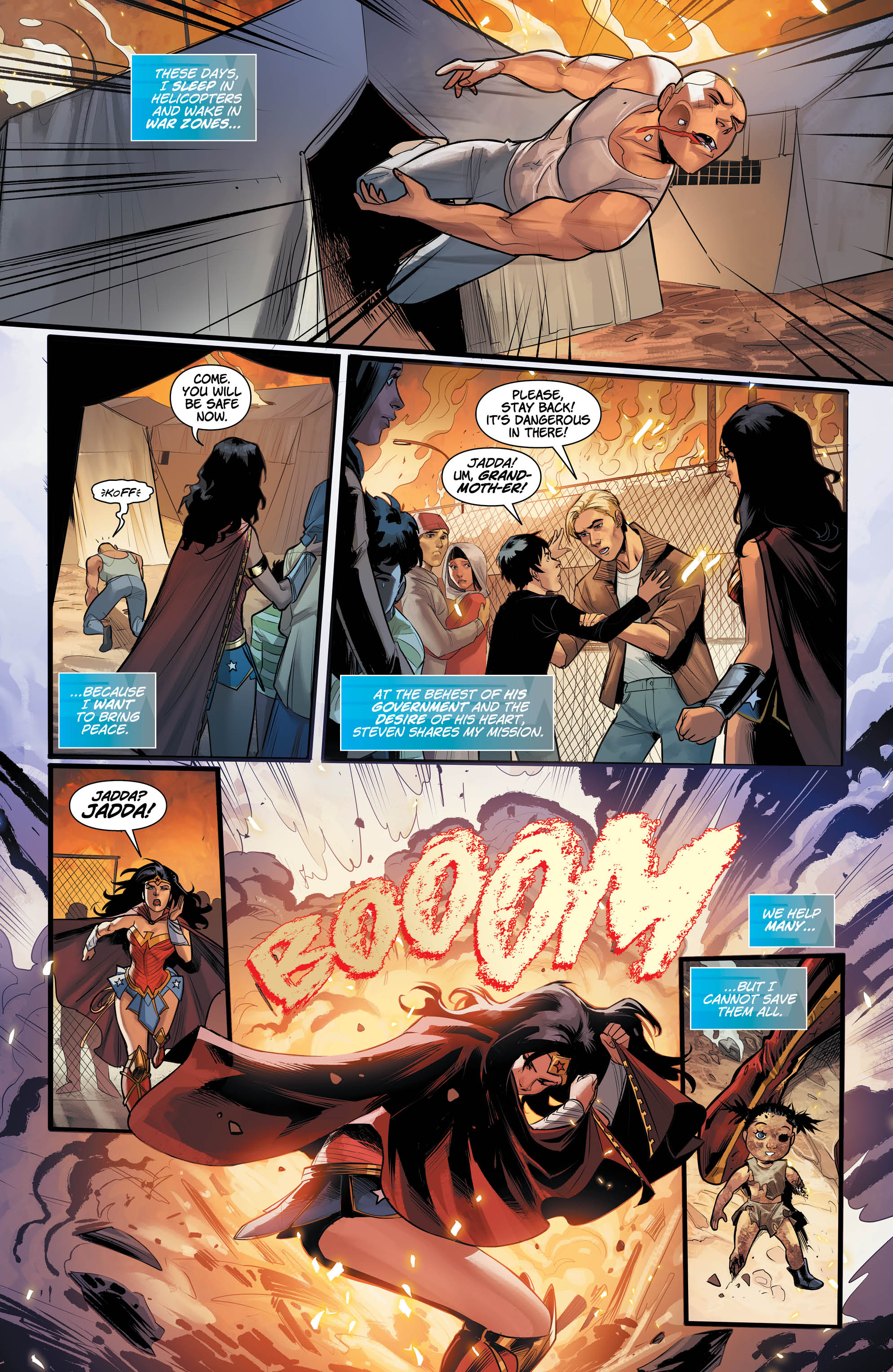 Certainly, some of the funniest moments from the movie involved Diana trying to figure out menial human things, like dressing up or stepping through a revolving door, and Fontana’s first issue capitalizes on that same sort of humor. It’ll be interesting to see how fans of Rucka’s run take this slight change in tone, but I appreciated it as a big fan of the movie. 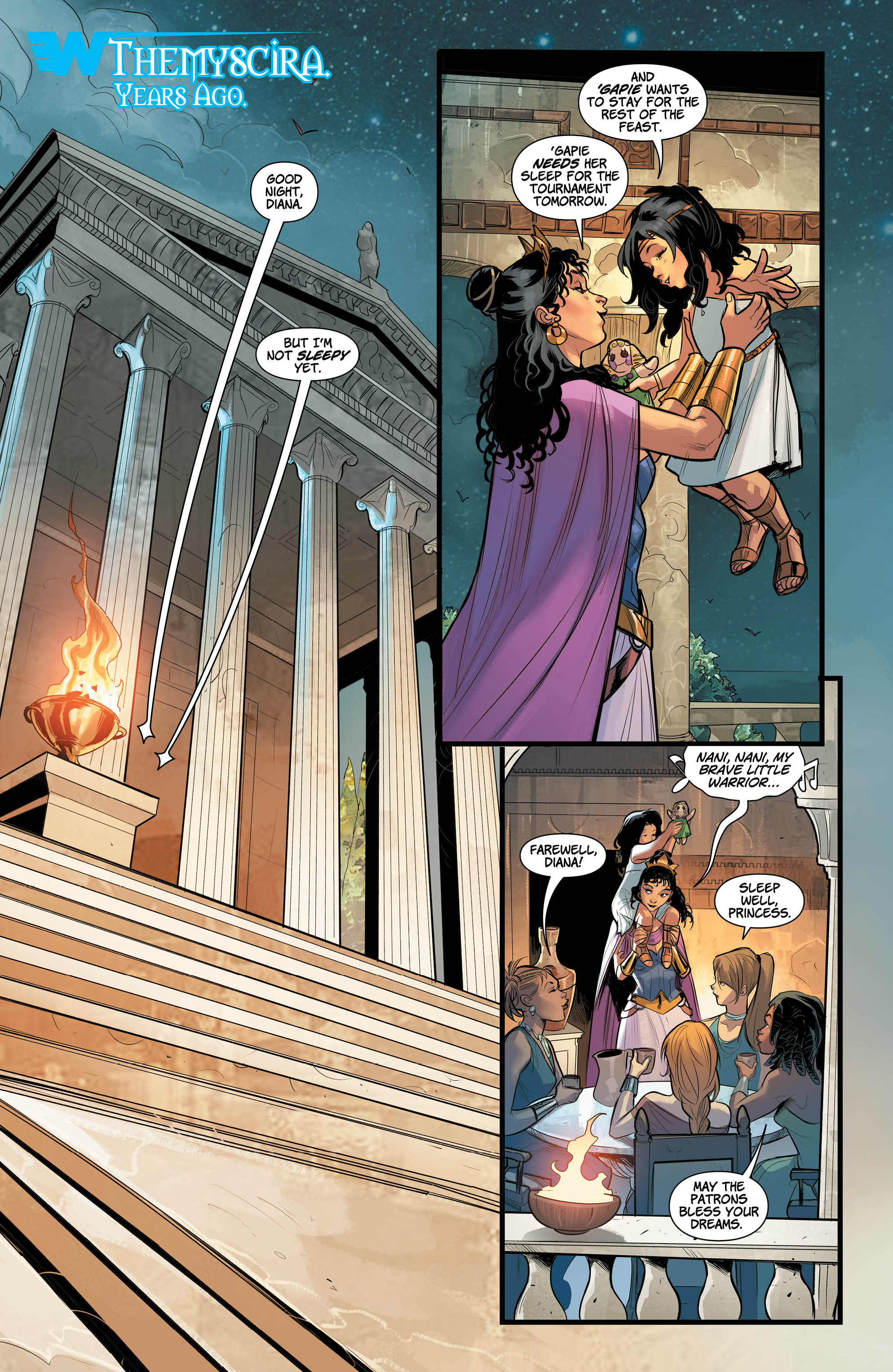 Andolfo’s art brings a lighter tone to the book as well. Her figures are a bit more cartoonish and they’re perfectly complemented by Romulo Fajardo Jr.’s bright colors. 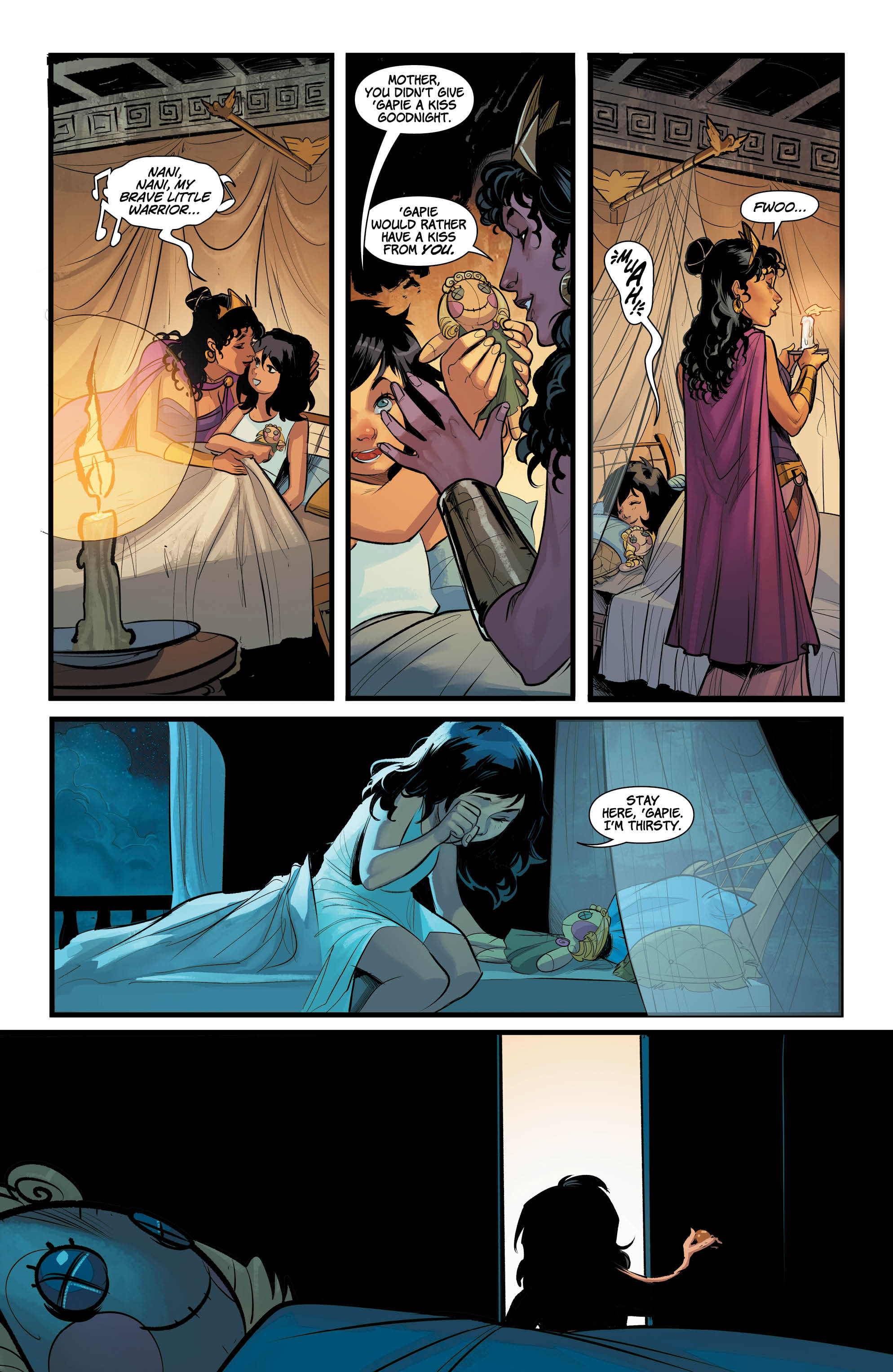 Wonder Woman #26 only hints at the bigger story at play in “Heart of the Amazon.” There’s a flashback halfway through the issue that revisits Diana’s childhood — again, I imagine the movie had some influence on these scenes — and explores what she was willing to sacrifice to become a hero. That seems to be a big theme at play in Fontana’s story, which more than once points out that Diana carries a big weight on her shoulders with little reward. She seems a little worn out by all the war and death she’s had to endure. Is Fontana’s Wonder Woman ready to take a break, perhaps? 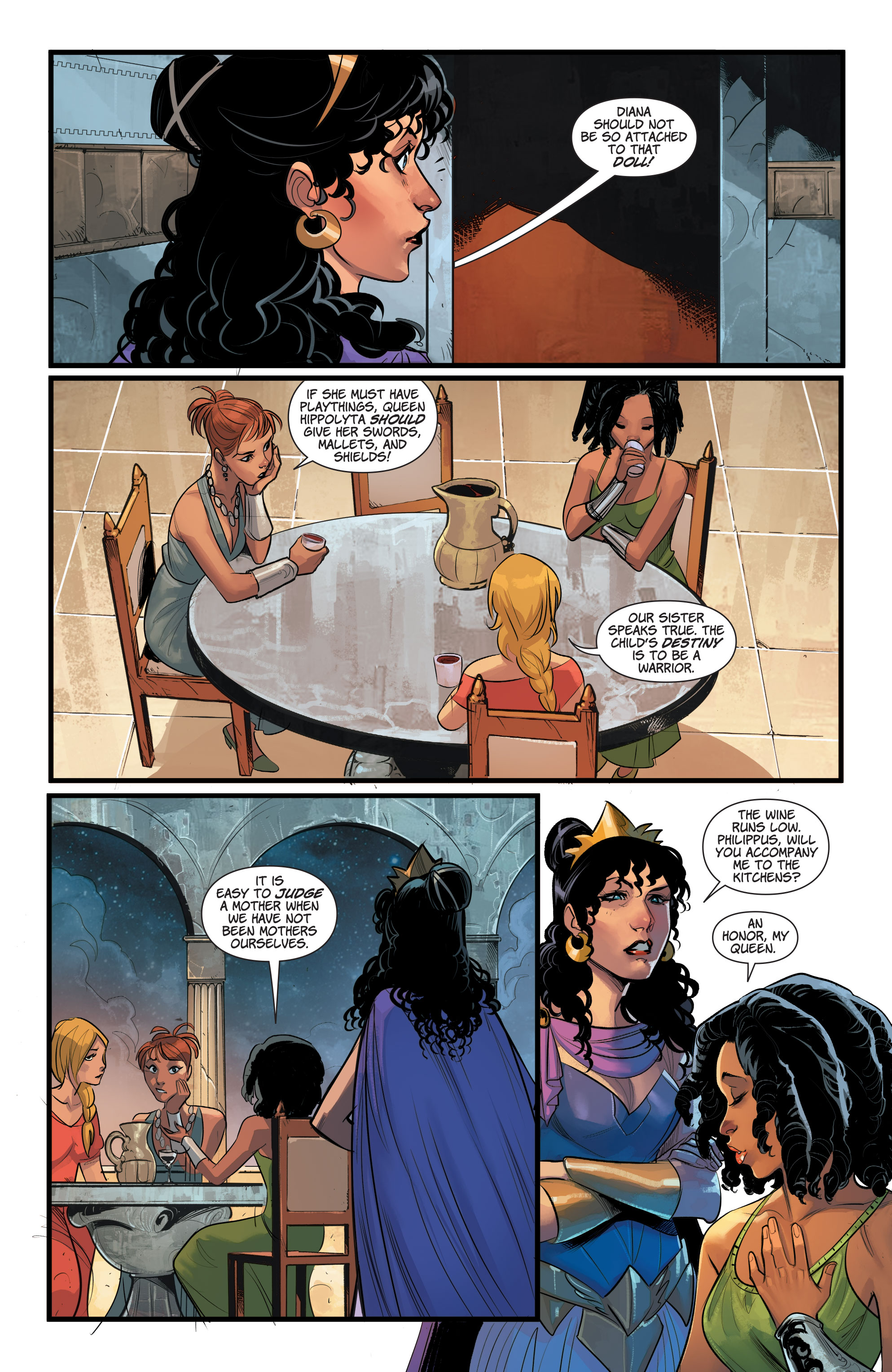 There’s one unexpected character introduced in the issue, although it’s unclear if he/she is a one and done or someone along for the ride. It would certainly offer a new dynamic for Wonder Woman. I’d certainly like to see her interact with this character a bit more. Time will tell where this story is going, but it definitely feels like a new take. Something tells me Diana won’t be able to rest for too long, though. 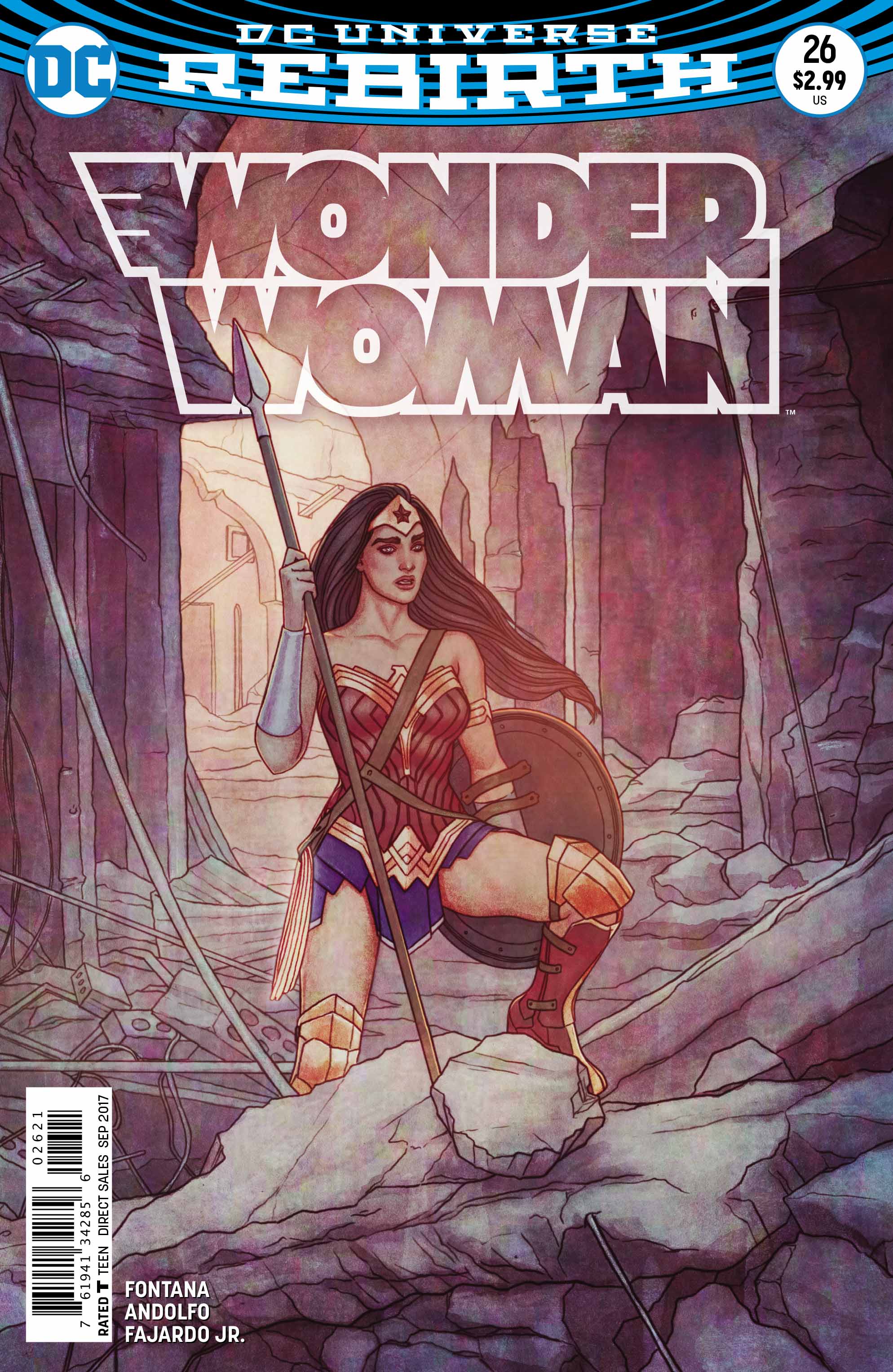