Women of ‘Star Wars’: The impact of Leia, Padme and Rey

Women of ‘Star Wars’: The impact of Leia, Padme and Rey By Brittany Cruz This year marks the 40th anniversary since the release of “Star Wars: A New Hope”...
by Brittany Cruz May 4, 2017

Women of ‘Star Wars’: The impact of Leia, Padme and Rey
By Brittany Cruz

This year marks the 40th anniversary since the release of “Star Wars: A New Hope” in 1977. George Lucas’ creation was the first of its kind in many respects, but one of its greatest contributions was the inclusion of a central female role that has remained part of the dynamic in all three trilogies.

Since first introducing the iconic bun-haired Princess Leia, “Star Wars” has continued to add more female heroes to its repertoire through numerous mediums.

The list has gone on to include characters such as Ahsoka Tano from “The Clone Wars” and “Star Wars Rebels” animated TV series, Doctor Aphra from Marvel Comics, and Mara Jade from “Star Wars” Legends — stories from the old extended universe booted from canon after Disney’s acquisition of Lucasfilm. 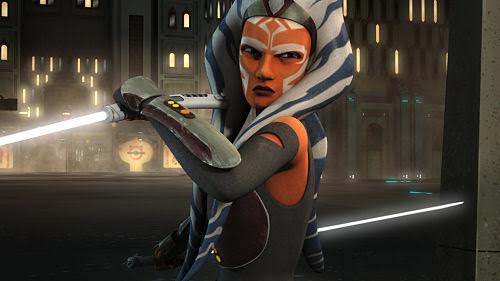 Despite having a male-dominated cast throughout most of its history, the female characters “Star Wars” has produced are important figures within the franchise.

As the main women from their respective eras, Leia, Padme and Rey are at the center of every major galactic event in their lifetime, but what exactly is it about these characters that resonates with fans so much? Let’s take a look. 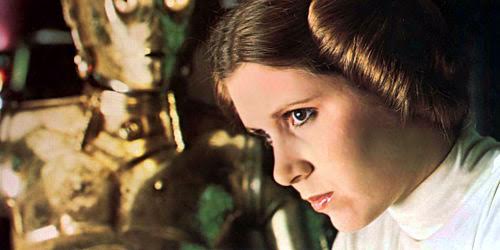 The prominence of today’s leading ladies in a galaxy far, far away would not be possible without the original trailblazers, starting with the Princess of Alderaan herself.

When Leia first came onto the scene, she set a precedent for what it meant to be a woman in power. She completely defied the “damsel in distress” stereotype as a no-nonsense princess with a clear vision and strong resolve, and now her legacy continues as she leads the Resistance in a fight against the First Order as a general.

When paying tribute to the late Carrie Fisher at Star Wars Celebration 2017, George Lucas recalled the significance of Princess Leia, saying, “She was the boss. It was her war … She wore a dress through the whole thing, but she was the toughest one in the group.”

As groundbreaking as Leia’s character was, she still had to face challenges her male counterparts safely avoided. The idea that the woman who came face to face with Darth Vader and matched wits with Grand Moff Tarkin find herself running around in a metal bikini as Jabba the Hutt’s slave is cringeworthy. 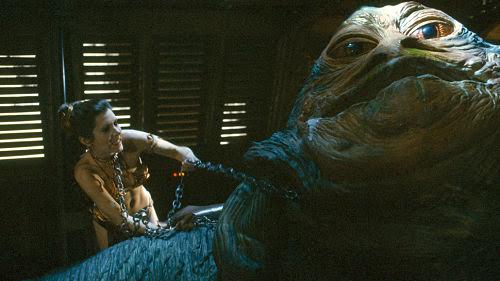 However, Leia proved just how dangerous she could be when backed into a corner. True to character, she did not wait around to be rescued and took matters into her own hands. She freed herself by strangling Jabba to death with the same chain she was imprisoned with, earning her the title of Huttslayer, courtesy of Claudia Gray’s “Star Wars: Bloodline” novel.

Now that sounds like the princes’s fans all know and love.

The 16-year release gap between “Return of the Jedi” and “The Phantom Menace” brought a new bold politician to the forefront, Padme Amidala. For many young girls and boys who grew up with the prequel trilogy, Padme was the woman in charge.

As the elected Queen of Naboo at 14 years old, she successfully participated in espionage, formed an alliance with the Gungans, and actively spoke out against the war on the biggest political stages. Sure, she was trained in combat and knew how to handle herself in a dicey situation, but that was never what was special about her character.

Padme’s sincerity coupled with her unwavering perseverance is what made her a powerful presence. Even being the target of multiple assassination attempts only hardened her resolve, going so far as to use herself as bait to uncover who was behind the attacks.

Her untimely death and ill-fated romance with Anakin Skywalker may have ended her story arc on a sour note, but Padme’s best qualities are mirrored through her children, in Luke’s compassion and Leia’s charisma. By redeeming his father from the Dark Side, Luke would also ensure that his mother’s final words defending Anakin (“There is good in him. I know there is.”) were not spoken in vain.

The lasting impact of Padme’s accomplishments speak for themselves, including her influence on the political landscape of Naboo and her role in helping forge what would become the Rebel Alliance. Her importance within the “Star Wars” universe is irrefutable, as she represents what it means to be a stoic and kind-hearted leader.

One of the newest heroes of “Star Wars,” Rey is a lonely scavenger who grew up as an orphan in the desert wasteland of Jakku.

The few material items she owns — a custom-built speeder, an old battered pilot’s helmet, a Rebel pilot doll — add a sense of wistful longing to her character. There is a wide-eyed youthfulness to Rey that counters her guarded disposition, something the unforgiving environment of Jakku was unable to strip from her.

Rey’s natural instinct for self-preservation causes her to be wary of others, but as soon as BB-8 comes rolling along, she is unwilling to part with the droid even if it means going hungry. Her innate desire for friendship is what sets her on a path of greater purpose; it is what leads to her bonding with Han Solo and accepting Finn’s past as a stormtrooper without judgment, pleading with him to stay when he plans to flee from the First Order.

She has spent so many years feeling abandoned that she cannot bear to lose someone else, which is understandable. This is the person who kept the same three-bun hairstyle since she was a little girl in the hopes that her parents would return and recognize her.

On top of that, she is a bundle of contradicting emotions. She keeps everyone at arm’s length, but at the same time she does not want to let anyone go; she is a capable person and walks with a confident stride, but underneath the surface, she still feels vulnerable. These two warring sides within her embody the tension of the Force that flows through her veins.

A talented mechanic, novice pilot and Force user, Rey not only piloted the Millennium Falcon and faced off with Kylo Ren (twice!), but she carries on the “Star Wars” tradition that a hero can come from anywhere and be anyone.

Symbols of Their Generation 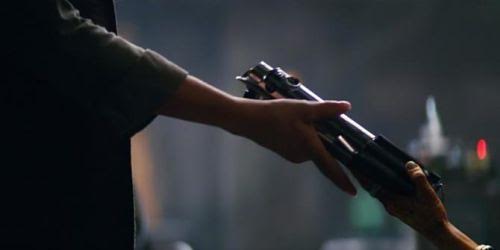 The rebellious snark of Princess Leia, the stern but gentle hand of Padme Amidala, and the courage of Rey. They are symbols of strength and grace, true forces to be reckoned with.

These three leading ladies are the influencers behind the values and lessons that have awed and inspired generations of “Star Wars” fans: Hope. Passion. Possibility. They have left their marks and paved the way for future heroines and villainesses to carry on their legacies.

This year alone already has an impressive lineup planned as new faces come into the picture. “The Last Jedi” will introduce the newest member of the Resistance, Rose, a maintenance worker who will join the fight against the First Order; and the upcoming “Star Wars Battlefront II” story campaign will feature the Inferno Squad, led by Empire loyalist Iden Versio. 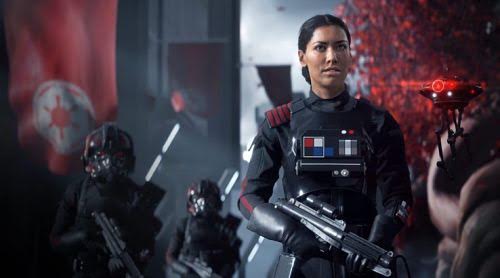 The animated miniseries “Forces of Destiny” coming in July will also be putting the spotlight on some familiar heroes, including Jyn Erso, Ahsoka Tano, Sabine Wren and more as they embark on new adventures.

There is a lot to look forward to as the already vast and limitless “Star Wars” universe continues to expand, but it is important to celebrate the icons who have helped make that far away galaxy what it is today 40 years later.