Why we will never get “sequel fatigue” with Transformers “cliff07” (CC BY-SA 2.0) by hyperend_bryant Paramount Pictures recently confirmed that a fifth Transformers film entitled Transformers: The Last Knight will be released...
by Ashish September 28, 2016 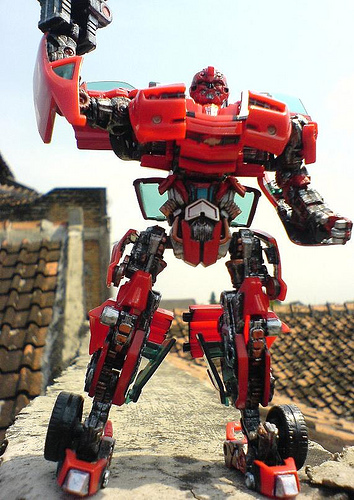 Paramount Pictures recently confirmed that a fifth Transformers film entitled Transformers: The Last Knight will be released next summer. Some people may be thinking, wow, great, another Transformers film directed by Michael Bay that will be exactly the same as the others. But it could be argued that Transformers is in fact a franchise that does enough to actually prevent “sequel fatigue”, unlike say, Terminator for example.

Transformers toys and comics have been around since the early 80s, and the robots were close to many people’s hearts even before the blockbuster films were made. The brand can still be enjoyed across multiple platforms, with games perhaps being the best way to look at the characters and themes from another perspective.

To tap into the booming online casino sector’s audience, bgo’s Transformers game features all the hit characters from the old cartoons and doesn’t use scenes from the films. This helps to keep everything on the big screen different and new. bgo’s slot games usually have a retro feel to them, with their Hulk game also based on the old comics rather than the newer cinematic vision. Of course, there are plenty of slot games around for people who want to get a taste of the actual films. Hitman slots at Roxy Palace has cut scenes from the Timothy Olyphant film, and The Avengers slots at Titan Casino has symbols of all the actors from the massively popular franchise, including Robert Downey Jr. and Scarlett Johansson.

With the new films, there are plenty of original characters and returning ones from the old comics. Companies like Toys R Us release figures of the new Transformers with each cinematic release, and collecting them can be another way to avoid boredom with the series. 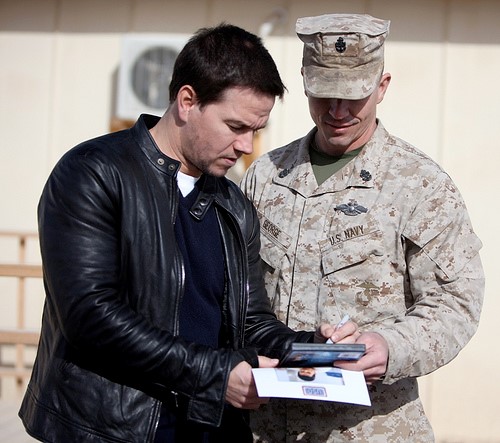 “Mark Wahlberg visits troops in Afghanist” (CC BY 2.0) by DVIDSHUB

Enough differences for it to always be fresh

There have been enough massive changes made in each of the films for each one to be taken as a standalone story, completely different from the others. Megan Fox appeared in the first two, and was then replaced by Rosie Huntington-Whiteley. Shia LaBeouf was the leading actor in the first three, but was then replaced by Mark Wahlberg in the third. Introducing Wahlberg for Transformers: Age of Extinction was perhaps the freshest move the producers have made so far. There wasn’t much more they could have done with LaBeouf’s story arc, so they created a completely new hero – Cade Yeager – for Wahlberg to portray.

The creators have managed to ensure each film gives something different, but they have also realized the importance of keeping certain aspects consistent throughout the franchise. Lovable characters like Optimus Prime and Bumblebee have been constant across all four films so far, and they will almost certainly play integral parts in the forthcoming flick.

There are many reasons to get excited about the new Transformers, which is sure to be unique from its predecessors. Also, Bay has said that this will be the last Transformers film he directs, so expect him to go out with a bang, literally!