Horror in both film and literature has been controversial from the start. Still, it just won't die. 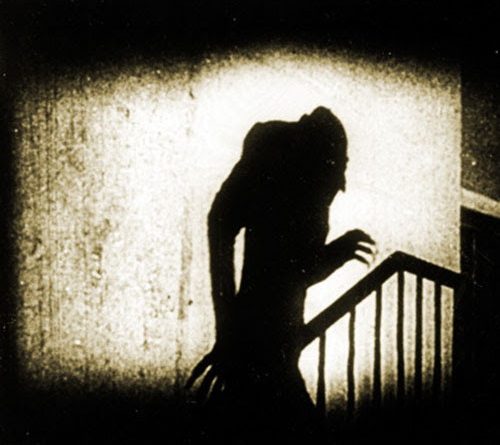 After we die, what happens?

The skeptics will say infinite nothingness. The believers posit that there’s an afterlife waiting for us; others believe we are reincarnated to do it all again. But the truth is, despite any evidence, only those who have been there know for sure. And they haven’t spoken scientifically to us about it – at least not yet.

There are two things that we do know for a fact, though. The first is that it happens to everyone. The second is that many of us fear this natural, mysterious phenomenon.

It’s something that’s been mystifying, terrifying, and fascinating human beings ever since we figured out a name for it. Yet, we seem to be the only race who purposely tempts it for pleasure time after time. Drugs. Fast cars. Violent sport. Alcohol.

Why? Why do we do things like this? Is there a better way?

To answer the first part of the question, I think there’s a thrill that comes along with getting close enough to touch the unknown without stepping over permanently. Fortunately, there is a better way. We’ve all known about it for most of our lives.

It’s horror. Movies, literature, games, Halloween – it comes in many forms. Though they come bearing different faces, they all have one thing in common: death, and a fascination with the things we don’t – or can’t – know for sure.

So we watch things in which people are brutally murdered and evil souls come back from the land of the dead to kill again. Our eyes fixate on screens showing decapitations and disembowelment. It’s a place where one can actually root for the bad guy and cheer at a murder sequence without coming off as too crazy – although I have seen many who may veer a little too over the line with their enthusiasm.

Some people devote their entire lives to this explorations, fans, filmmakers and writers alike. We purposely stimulate our senses which our ancestors developed in order to keep themselves alive time and time again for enjoyment’s sake. It’s like purposely tazing yourself just to see what it feels like. Once you get used to it, some choose to do it more. And more. And more.

A person who has a high sensitivity to the genre may start with something simple, like Psycho. Once they realize they can handle something like that, they move on to gorier pastures and graze in the blood and guts of Night of the Living Dead. If they’re still left hungry, maybe Hellraiser will do. And after that, some may go even further, to the works of Fulci or even Cannibal Holocaust. Some even braver than I still won’t be satiated – and if that’s the case, you’ve got a will and a stomach of iron.

Fear, that’s what. A fear that both of these things will send a person over the edge. Maybe they’ll even do some of these things that people see in the movies. But those instances are very, very few and far between. This rebellious nature, then, becomes fun. We’re rebelling against a resistance that just doesn’t understand.

I’m not talking about identifying with the characters in A Serbian Film, by the way. (Side note: that may be the one movie that I believe goes way too far and doesn’t deserve to be defended.) I’m talking about the Frankensteins, the Creatures from the Black Lagoon. The real freaks of nature who never asked to be this way, and yet, they are persecuted all the same.

These characters exist in a whole different category of horror film; ones where the filmmakers are exploring fantasy worlds, worlds where magic and mysticism truly exist. In A Nightmare on Elm Street, director Wes Craven crafts a world in which villain Freddy Krueger is literally able to do anything he wants inside a dream, both exploiting the human need to see other worlds than our own and our fears of the “dangers” of sleep, the most innocent of human abilities. These types of movies allow the viewer to simply escape the real world, a place where many feel rejected, and either identify (Frankenstein’s monster) or simply exist amongst a taboo (the violent, fantastical nature of Krueger).

If you accept this line of thinking, then you’ve got to accept that it could actually prevent young impressionable people from misbehaving. Surely most would agree that horror movies as an outlet for frustration, loneliness, and discontent, is a healthy alternative to the usage of drugs to alleviate these symptoms? Not only that, but it may serve as inspiration for those who feel such emotions. Inspirations to create – to make monsters, to write stories, to share their opinions on the genre with other fans. Concerned parents, listen to me: horror movies can actually be a good thing.

There are other movies, such as Saw, that aim to teach a lesson through gruesome and horrifying imagery. Yes, it’s very much torture porn, but at the core of it, Jigsaw is a character who is slighted by the world and wants to punish those who have acted selfishly and taken their lives for granted. The moral of the lesson is to be careful who you’re cruel to. And if it takes showing a man cutting his own foot off, then fine. It’s not real. It’s just a movie. If it scares the living shit out of you from treating others poorly, then so be it!

In other words, it’s safe because it’s not real. Jigsaw can be seen as a misunderstood, tragic character because he’s a character in a movie. He’s not a real person going out into the world and setting up traps to kill and maim. He’s a vehicle for something deeper.

Let’s be honest, though. I’m not going to sit here and act like all of us horror fans sit through hours upon hours of blood and guts to get closer to eradicating our fear of death. There are some who simply watch because they want to be scared. Not everyone thinks so deeply on the nature of this a genre as a whole: and that’s perfectly fine. Not every filmmaker sits there pondering the intentions of why he or she does what he or she does. Some just do it because it makes them money. Some do it because they know others will get enjoyment out of it even if they themselves do not. Still, others, such as George A. Romero, do it because the genre serves as an excellent allegorical tool.

It’s a genre where really anything goes – within reason. The beauty of it, though, is that line which is too far is set by the individual viewer. Some have no limit. And as long as it stays on the screen and outside of the real world, that’s perfectly fine.

So why horror, then? Why are so many of us so devoted to this gruesome genre? I’ve given a number of reasons, but the real, ultimate reason may lie within the reasonings of Occam’s razor:

We just fuckin’ like it. And that’s a good enough reason for me.