Who Would Win Batman V Superman   Yes, we know that there was just a movie called Batman v. Superman: Dawn of Justice and that the movie marketing campaign... 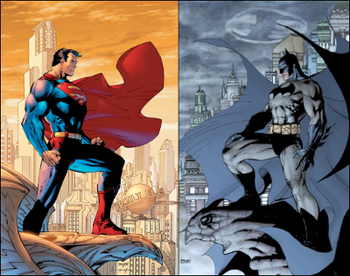 Yes, we know that there was just a movie called Batman v. Superman: Dawn of Justice and that the movie marketing campaign was about Superman and Batman facing each other in the “Ultimate Showdown” – but the big fight left a lot to be desired, didn’t it?  It didn’t feel like a fair fight, and it definitely doesn’t count as a victory if [spoiler alert] Lois Lane runs into the middle of your brawl and tells you that your mothers have the same first name.

So, since we still want to know who actually should win – in an evenly-matched fight where the contenders arrive on a neutral battleground at the same time (i.e. no pre-planned traps by Batman, no removal of kryptonite by Superman), who would actually win?

For the purposes of this scenario, Batman and Superman can enter the arena having prepared for the fight.  Yes, this means that Batman can go in with his Mech Suit and a bunch of kryptonite gas bombs.  If Superman gets to wear his uniform in battle, it’s only fair that Batman gets to wear one of his. 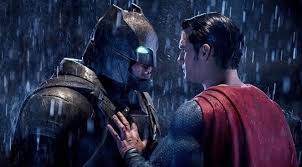 In a lot of potential match up scenarios, Batman lays out several “back up” plots in the event that Superman wins near instantaneously.  If Batman gets thrown into the sun, Batman has infected himself with kryptonite and then Superman dies.  If Superman simply doesn’t want to fight Batman, Batman uses his artillery and then Superman dies.  Not only are these not how an actual fight would go, but it’s pretty suck overall for fans.  When we’re promised a fight, we want an actual, legitimate fight.

So, though the fight will definitely not last very long, the victor would absolutely, 100% without a doubt be Superman. 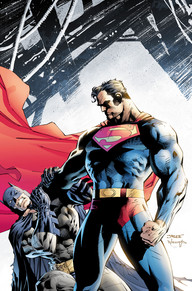 Sorry, Bat-fans, but there’s no way that Superman doesn’t trample Bruce Wayne on his way to victory. Superman is so unbelievably super that whatever machine or technology Bruce could build and use on the battlefield would be beaten by laser vision, super speed, or super strength.  Did Batman build a giant ray gun to shoot Superman with? Sure, but Superman is literally faster than a speeding bullet, so he would knock the gun out of Batman’s hands before he could fire it.

What if Batman wrapped himself in kryptonite? What then?

Unfortunately, that’s highly unlikely.  Batman uses kryptonite in almost exclusively weaponized forms, so while it would lessen Superman’s speed and strength, it’s not enough to stop Superman from using laser vision to disarm Batman (or, again, to just knock the weapon out of Batman’s arms).  Once Batman is disarmed and injured, he’s done for. Superman could quite literally crush him like a bug.

However – the main reason a potential match up between Batman and Superman is interesting isn’t because of their power sets – it’s because of their morals. Superman unironically represents the “American way,” while Batman represents the underbelly of that dream.  Conflicts between them are more than about just punches, it’s about which of those ideals is stronger and more relatable in the current timeline/world/environment.  Yes, Superman would absolutely win in a fight between him and Batman, but in the context of the story – who is more on the side of justice?

We’ll have to wait until the next movie for that answer.