Which Star Wars Board Game Is Right For YOU?     With the explosion of Star Wars merch on the market, it’s no surprise that there has been a... 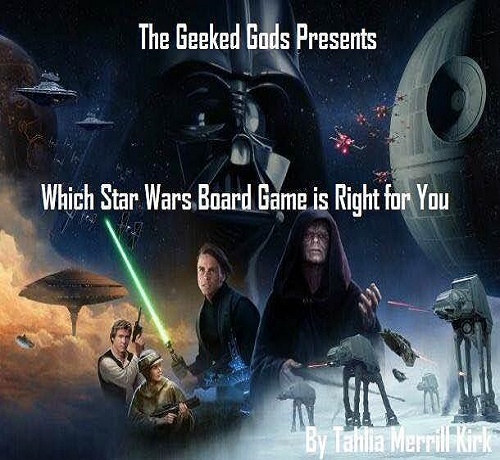 With the explosion of Star Wars merch on the market, it’s no surprise that there has been a flood of new Star Wars themed board games in the past year or so. You might be intrigued, but unsure which to pick. Lucky you, we’re here to help! 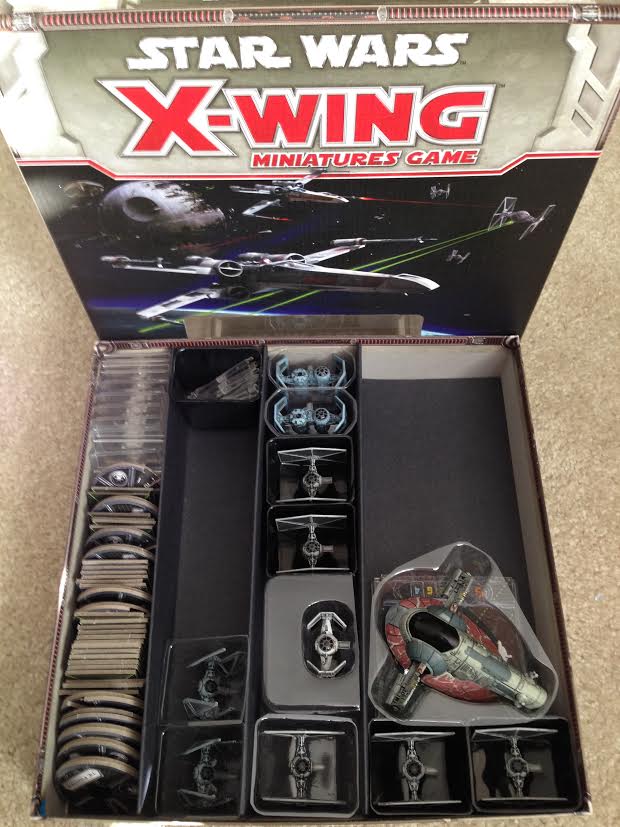 Have you ever heard of Magic the Gathering players who constantly spending money on improving their decks? Well, X-Wings has that same collectible card game mentality and uses the gorgeous painted minis as the bait. And I’m not kidding about the bait metaphor, guys. This game has a reputation for hooking players into shelling out way more cash than they’d ever originally intended. One of my friends called 30 minutes after his first game to report that he’d just dropped $200 on getting his own starter kit plus a bunch of expansion ships.

It’s a game where you can choose whether you want a quick 20 minute dogfight or a lengthy war depending on how many ships you want to use. You plan your moves and roll dice to see if your shots hit your opponent. It’s a game of action, and if you find yourself agonizing over planning, you’re doing it wrong.

2. Rebellion = Hope You Didn’t Have Other Plans Today 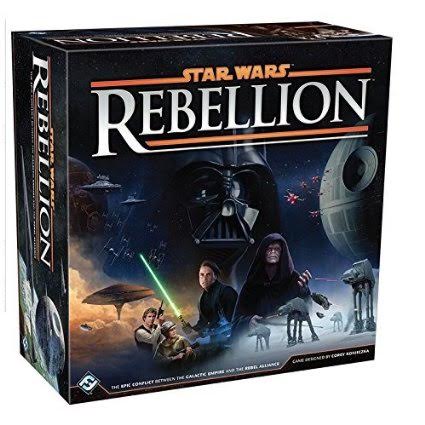 This is a game about the original trilogy’s big picture. As much as SW is about individuals fighting for a cause, it’s also about large scale galactic politics. Rebellion let’s you control the events of the movies, but offers potential twists (the rebel base might be on a planet other than Yavin IV and the Death Star might not blow up Alderaan). Just be warned: It’s hard to fit three movies into one game, so be prepared for the game to last 4 hours.

My favorite reviewers, Shut Up and Sit Down summed up this game like this: “You buy this as a war game or not at all”, warning that the storytelling side sometimes felt disconnected to gameplay. 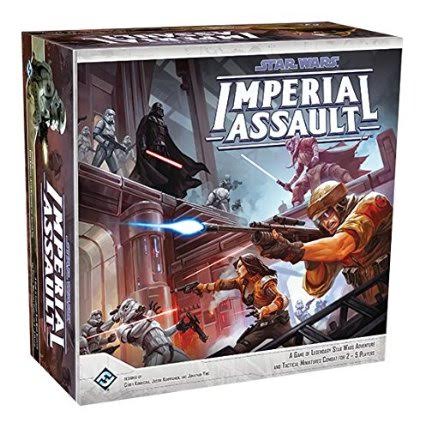 These SW games sure know that the way to a fan’s heart is through beautiful mini figures. Imperial Assault’s goal is to fully immerse players in the SW galaxy. The game has one long storyline that is broken up into smaller battles. One player is the evil Imperial overlord while the others fight him/her as the rebels. The choices you make in your first game impact future battles, sort of like a guided RPG campaign.

I have to admit that this combination of strategy and storytelling really appealed to me, but when we played through the tutorial game, I was left feeling cold. You see, I don’t love games where a plan’s success is dependent on a good dice roll. It would have been worth it, though, if the game hadn’t felt like pure combat with plot happening between the sessions.

However, it’s an immensely popular game and the majority of gamers and SW fans will probably call me crazy for bashing it. I have a group of friends who ran a campaign for a month or two with they loved it (possibly because they weren’t spending 10 minutes planning out every tiny move like I kept doing). My husband even ordered some paints and made his mini-figs even more beautiful: 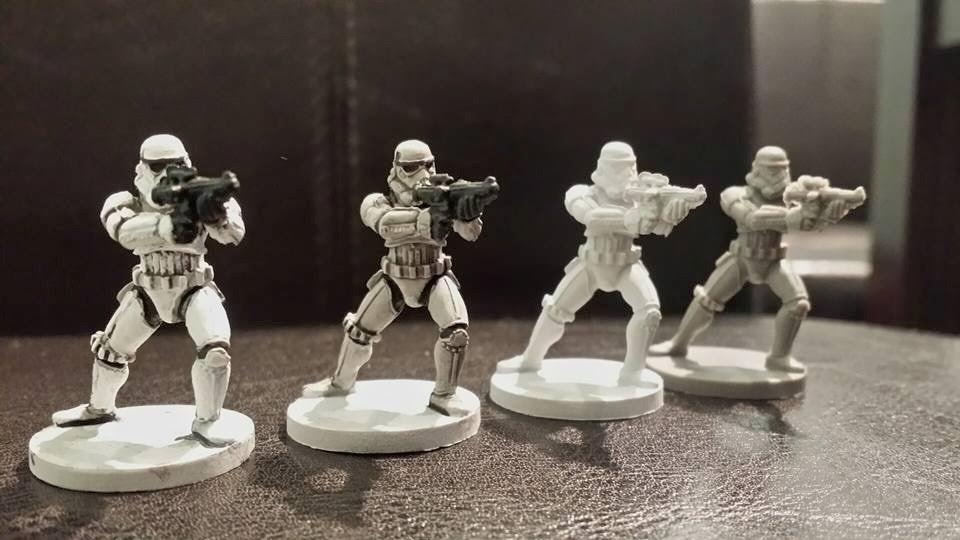 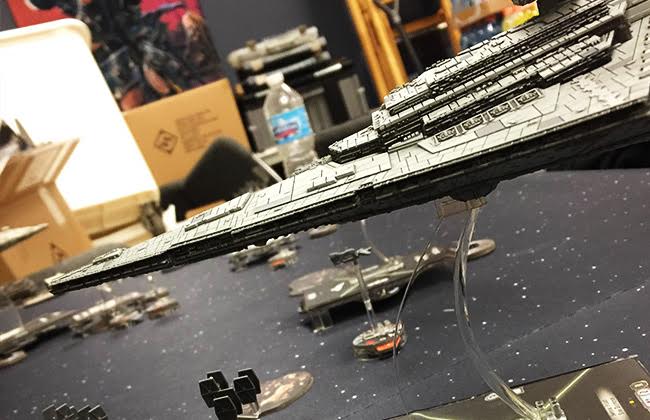 If you like X-Wings Miniatures, but want to graduate to something bigger, longer, more complex, and more expensive, your needs have already been anticipated. Armada rolls its eyes at X-Wing minis and say, “You call that a ship…THIS is a ship!” 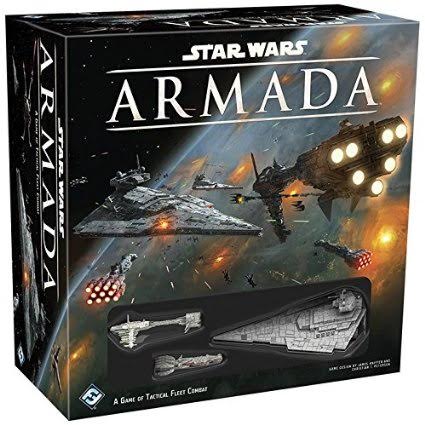 As Shut Up and Sit Down puts it (http://www.shutupandsitdown.com/blog/post/review-star-wars-armada/): “If X-Wing is a geek, Armada is a dork…everything elegant, everything simple about X-Wing has been replaced by more complicated rules…it is less sporty and more bookish.”

They go on to call it an “event” game, which I think is a good way to view it. You might only play Armada once every two months, but when you do, it’s a more epic experience than X-Wings. Whether you have the money (or the shelf space) to get into this behemoth of a game is for you to decide.

Real-Life Conditions That Are Basically Superpowers