Comics have always held a somewhat rigid release schedule based on their being four Wednesdays in a month. But every once in awhile, the mythic fifth week appears. During...
by Former Writers April 26, 2017 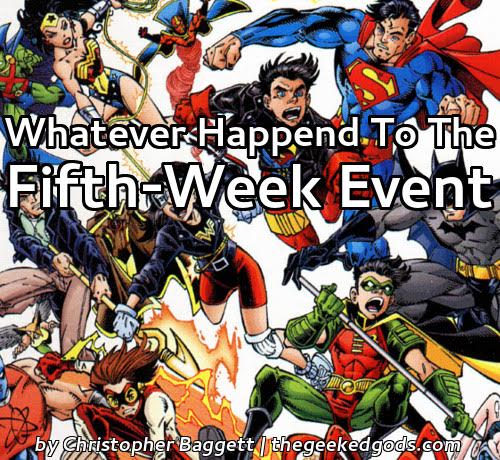 Comics have always held a somewhat rigid release schedule based on their being four Wednesdays in a month. But every once in awhile, the mythic fifth week appears. During this week, comics companies have traditionally had to fill the gap in with what were known as Fifth-Week Events. These are exactly what they sound like they are: whenever a fifth week rolls around, an event happens that week. The entire story usually drops at once and is told in special one-off issues.

The Fifth-Week Event is a trope which DC Comics have made their bread and butter off of over the years, with more than a few. “Justice Society Returns” saw the return of the JSA to active duty, and spun off into a popular new volume to run alongside the insanely popular “JLA.” Similarly, “The Kingdom” played off the incredible success of Mark Waid and Alex Ross’ “Kingdom Come” to introduce elements of the popular graphic novel to the mainstream DC Universe. Alternatively, “Superman: The Man of Tomorrow” was a Superman series designed exclusively to fill in the weeks where a Superman title was not being released. 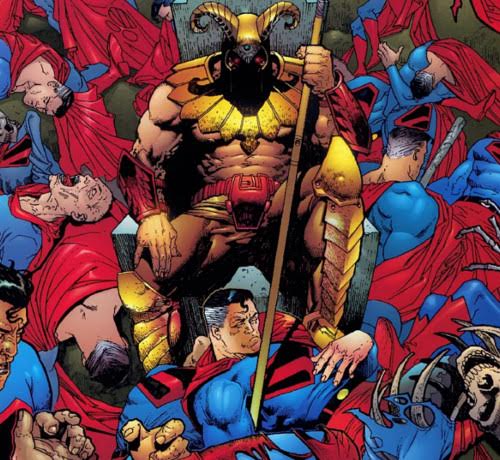 “The Kingdom” introduced elements from the ludicrously popular “Kingdom Come” into the DC Universe.

One DC Fifth-Week Event that stands out in particular was “Sins of Youth.” Released in May 2000, the mini-series saw the teenaged members of Young Justice turned into adults, while the JLA and other superheroes were turned into teenagers. The age swaps are played up largely for laughs here, but there were serious changes. It was in “Sins of Youth” that Superboy finally learned Superman was Clark Kent, and also that the Star-Spangled Kid evolved into Stargirl.

Marvel has done their share of Fifth-Week Events, but they don’t tend to be in-continuity. While DC’s are usually one-off stories set in-universe and potentially carrying ramifications for the world as a whole, Marvel’s s tend to be side stories with no real last effect. “Marvel Knights 2099” saw the resurrection of the 2099 line with potential, alternate takes on their popular “Marvel Knights” line. The stories were pretty by the numbers takes, but entertaining nonetheless. Marvel has also occasionally resurrected “What If?” for their Fifth-Week Events, typically tying into current stories. 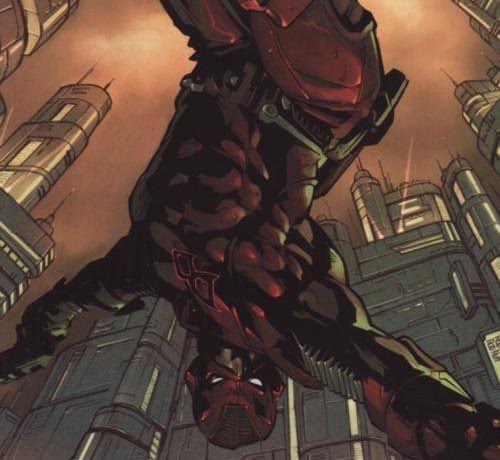 Years after the line had ended, Marvel used “Marvel Knights 2099” for potential takes on Daredevil and The Punisher.

And of course, the most infamous Fifth-Week Event from DC and Marvel is, by far, Amalgam Comics. In the weeks leading up to it, “DC vs. Marvel” was lighting up sales charts. Fans were ecstatic over the highly anticipated crossover between universes, and the fights were all the talk at playgrounds and comic shops. In the books, however, Spectre and The Living Tribunal created an amalgamated DC & Marvel universe to prevent the destruction of either. An unprecedented joint effort by Marvel and DC, Amalgam Comics mashed up DC and Marvel heroes and stories but was presented as an entirely legitimate comic book company with years of history. Books like “Super-Soldier,” “Dark Claw,” and “Spider-Boy” were so popular that they even warranted a second run of Amalgam Comics the next year. 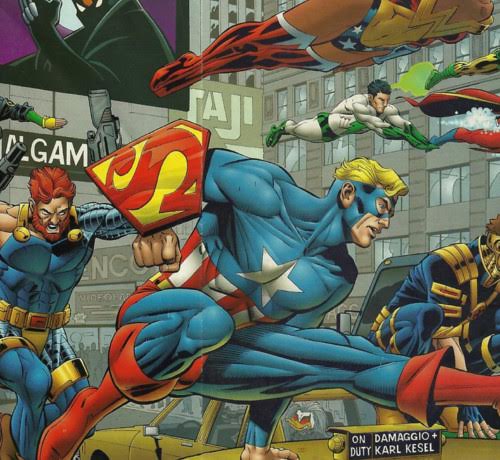 Following the success of “DC vs. Marvel,” “Amalgam Comics” mish-mashed the characters together.

These days, sadly, Fifth-Week Events are increasingly rare. The advent of more modern distribution and digital releases means it’s easier to accommodate the odd extra week. Typically this means a printed collection of previously digital-only titles. But in this spirit, the Fifth-Week Event does carry on, and hopefully, we may some day again see the likes of these wonderful, classic tales of old yet again.