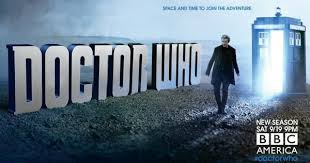 For Whovians, September can’t come fast enough. Now that “Doctor Who” finally feels like a great show again (sorry, Matt Smith fans), we can’t wait to see what happens in the next 13 episodes. We know we’re going to get great guest stars like Maisie Williams and also some high-octane action sequences, but with last season ending on a high note we have even higher expectations for this season.

Check out the trailer first, and then read what we’re dying to see more of come September 19th. (Of course, spoilers for previous seasons to follow.)

Executive Producer Brian Minchin has referred to this season as “the glory years” of Clara and Peter Capaldi’s Twelfth Doctor. So what does that mean? Minchin went on to say that Clara and the Doctor will have several dangerous adventures this season, but our fingers are crossed that Clara will stop splitting her TARDIS-life with her Earth-life. We’re certain that Clara will still be mourning the loss of Danny Pink (more on that later), so hopefully we’ll see her let loose and be a little more reckless.  Capaldi’s Doctor is volatile and dangerous, and that could spill into Clara’s personality as well. 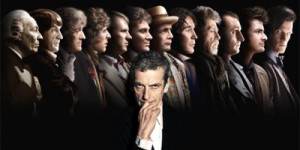 The best part of last season was easily Michelle Gomez, who played The Mistress a.k.a The Master. But her presence brings the question – what happened to that whole “Gallifrey didn’t burn and is alive” plot line from “The Day of the Doctor”? Frankly, we don’t know – but could Missy play a large role in a future Gallifrey-related storyline?  “Doctor Who” plays the long game very, very often, so maybe Missy is the link to more meeting more Time Lords in the future. If that’s the case, we won’t know for a while, but it’s something we’d very much like to happen.

“Doctor Who” made headlines recently when it cast Bethany Black for series nine. Black will be the first openly transgender actress to appear on the show (in its 50+ years of history), and fans could not be more excited.   Moffat unfortunately has a bad reputation for a lack of diversity in his projects, but with Gomez playing a major villain, Danny Pink as a major character, and now Black’s casting – is Moffat changing for the better? We hope so! Last season’s (surprisingly diverse) cast was top notch, so we’re excited for this season’s new characters.

On a personal level, one of this author’s favorite “Doctor Who” stories is the two part episode “The Sontaran Stratagem” (followed up by “The Poison Sky”).  Two-episode stories provide more opportunities for character exploration, plot twists, and all-around good storytelling. (That Martha Jones clone? Terrifying. Still is.)  Two part episodes also give the writers the chance to play with the guest cast (cough Maisie Williams cough), so hopefully the audience gets to benefit from these larger stories as well.

Yes, you read that right. We want more Danny Pink. Look – from a storytelling standpoint, Danny’s death was incredible and his character was awesome. Cybermen have never been more noble, and the hints throughout season 8 that Danny would always be a soldier culminated in a tragic scene with him and the Doctor. It was sad and it was a great story, but we want him back.

For a while now, “Doctor Who” has been missing a grounded element that Danny Pink provided. It’s why the seasons with Capaldi’s doctor have been much better than those with Matt Smith’s (sorry again, fans), but with Danny gone – at least for the time being – who fills that role now? From the Russell T. Davies era – Rose had her mother, Martha had her family, Donna had Wilf. Each companion had somebody to ground them and to put their fantastical adventures in perspective. With Danny gone, Clara doesn’t have anyone.

Of course, that could change with this new season. The best thing about “Doctor Who” is that a new season can bring literally anything to the table – from dinosaurs in space to three Doctors at once – so it’s anyone’s guess as to what we’ll actually see. 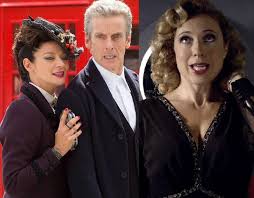 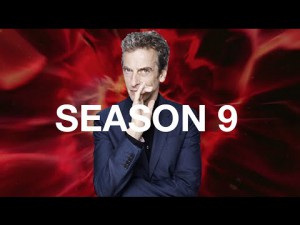 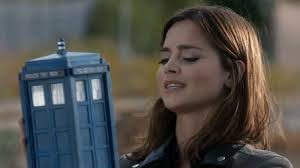 The new season of “Doctor Who” premieres on September 19th.

Do you have thoughts on this article let us know in the comments below or you can tweet @alexknowswords or @thegeekedgods.