Wet Moon Book 1: Feeble Wanderings-A Review by Jake Hill @Rambling_Moose  Wet Moon is a slice-of-life comic written and drawn by Sophie Campbell about a group of goth college...
by Jake Hill May 26, 2017 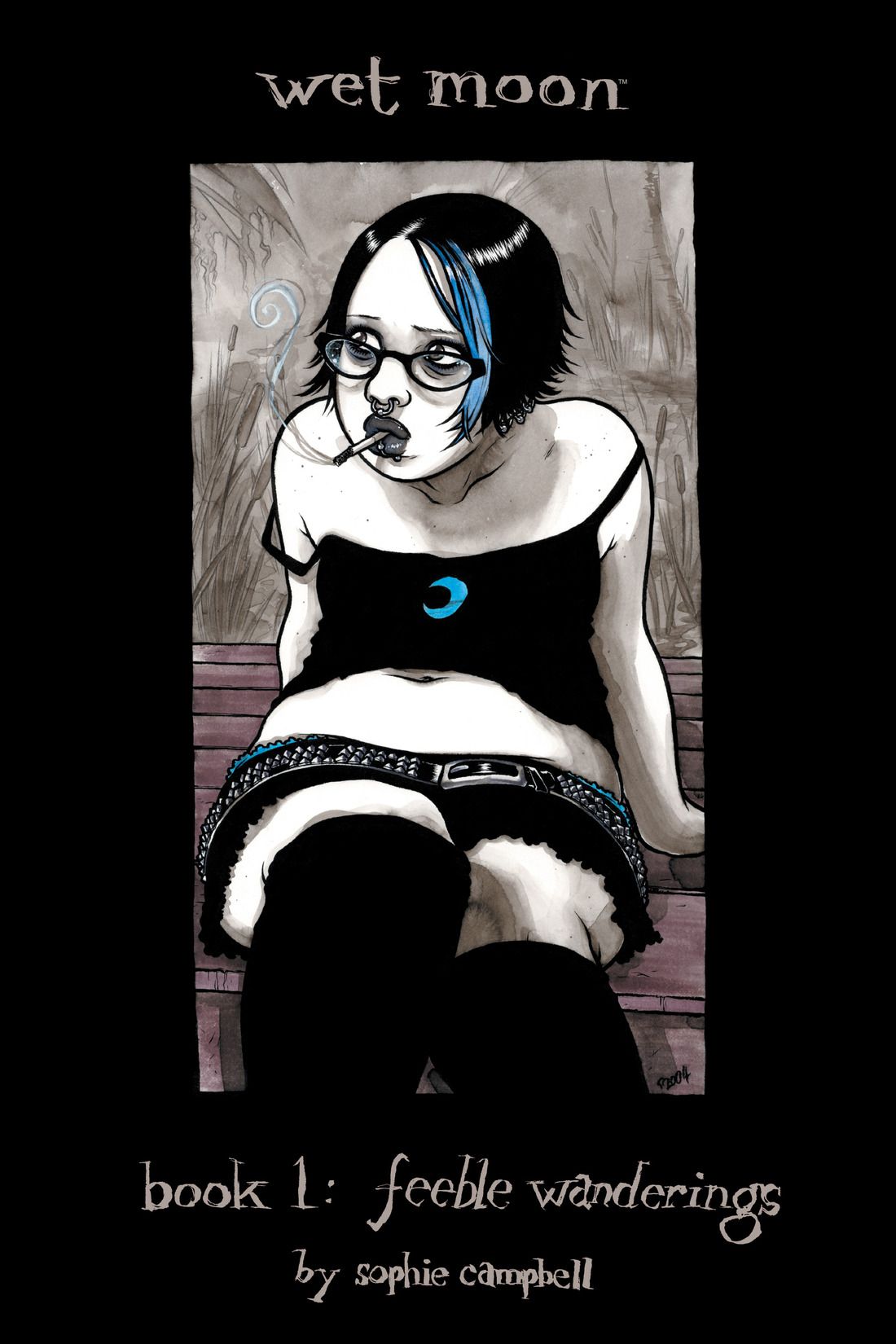 Wet Moon is a slice-of-life comic written and drawn by Sophie Campbell about a group of goth college girls just going about their lives. Like any good day-in-the-life kind of story, it hinges on how honest and particular its characters are. These aren’t broad stereotypes of college girls, but fully realized people, some of whom feel realer than the people I actually knew in college. 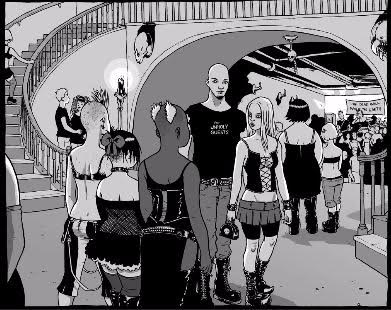 Take Cleo for example, our main protagonist. Everything about her, from her clothes, to her hair, to her way of speaking, to her body language, is carefully constructed to make Cleo seem like a real person. Where her friends are different flavors of extrovert, Cleo is quiet and deeply emotional. One scene of her opening up a fortune cookie (which reads “Beware: your stupidity will be your undoing”) has her going through a silent, emotional journey. She glances furtively around the empty room, takes a melancholy bite of the cookie, and then her eyes widen as she covers her mouth with the back of her hand. While the dialogue in Wet Moon works well, it’s the art and the characterization that really carry the story.

Story is sort of a loaded word though. Wet Moon starts without an obvious hook. There’s a pretty large cast of characters, though we mostly meet them through Cleo’s eyes, and they go about a deceptively regular week of their lives. Eventually, one of Cleo’s friends finds some nasty graffiti about her on a bathroom wall, and the story is ostensibly a mystery about who would say such a thing about Cleo, who is the least offensive person you could hope to meet. It’s really not about that of course, it’s a piece that’s all about tone and character. 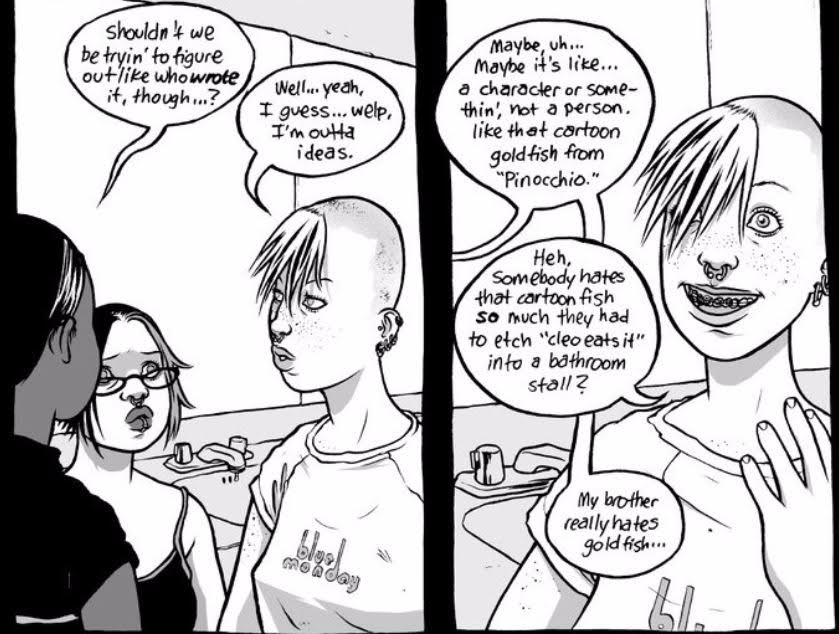 The comics I typically like to read are wildly imaginative; the less grounded in reality the better. A realistic character-focused piece like Wet Moon is solidly outside of my oeuvre. Nonetheless, I found myself getting lost in the world, and soaking up every detail. There were the characters, who’s appearance told stories through their facial piercings, distinct lip sizes, and bad teeth. Then there were the environments which also told stories from the disgusting school bathroom to Cleo’s nerdy and somewhat sexually repressed bedroom. More than other comic books, it reminded me of a genre of video game I sometimes enjoy, what I hear somewhat derisively referred to as ‘walking simulators’. Games like Firewatch or Gone Home, which combine style and grounded looks at characters, revealed through environmental details, and doling out exposition with a slow, deliberate pace.

If I had to make a comparison to a comic, I’d say that Wet Moon reminded me of Terry Moore’s Strangers in Paradise. He also tells a story about a group of friends largely through what they do and who they are. Particularly, he tells the story through character anatomy, in a way that Sophie Campbell echoes, and probably takes to a higher level. There’s another long silent sequence where Cleo looks at her body in the mirror, objectifying each of her features one at a time. It’s staged like a good action sequence, each beat telling you something new about how she feels about herself, from her belly to her boobs to her hair. 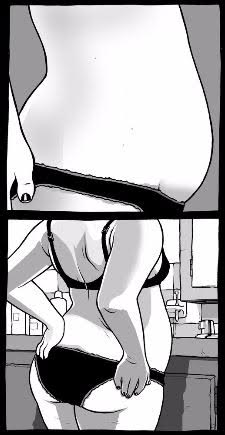 While there was some crackling dialogue between the characters of Wet Moon, it was the silent sequences that I found most striking. The verbal exchanges are quick and naturalistic, they almost feel like a diversion from the book’s more introspective moments. That probably tells you what you need to know about Wet Moon. It’s a book that can navigate a loud argument, but is more comfortable when it’s silent. In other words, it’s a story that could only be told as a comic book, and thus should be read by true fans of the medium.