Werewolves and Traitors By: Lane Martin   You’ve been here before. He’s been your friend for years, you’ve played board games with him before, you were even at the...
by Former Writers March 23, 2017

You’ve been here before. He’s been your friend for years, you’ve played board games with him before, you were even at the guy’s wedding, but he’s been tanking this game from the very beginning. To make matters worse, he’s been shifting the blame onto you and everyone else is starting to agree with him. There are no two ways about it, your childhood friend is a dirty fraking Cylon and a traitor to you and everyone else at the gaming table. Unless, of course, they’re all Cylons. 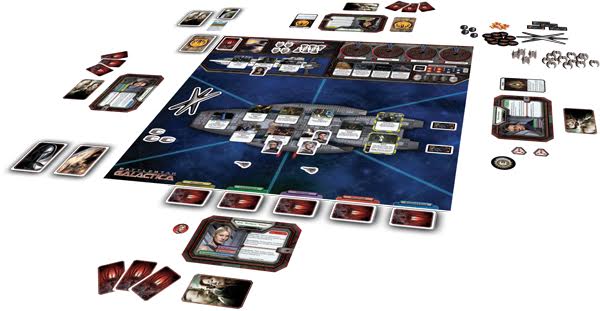 Everyone’s been hurt by the Battlestar Galactica board game

Traitor mechanics have become relatively common in board games, making the above situation all too common. Despite its popularity, the implementation of traitors and the role they serve vary widely from game to game. Some games, life Betrayal at House on the Hill or Letters from Whitechapel, don’t hide the traitor’s identity, but obscure his location or goals. Those particular games ask for a bit more nuance and subtlety than what I will be talking about today, but don’t worry; those conversations are coming.

In fact, traitor mechanics don’t really get simpler than the one presented in Ultimate Werewolf. The goal for traitors is always simply not to be found out while killing one of the other players each round, while the innocent players are tasked with identifying the traitors. The game can really be as complicated as you want, choosing how what ratio of traitors to villagers and what, if any, villagers with special powers should be in a game. The options are limitless and the game is infinitely replayable with a multitude of different options and even separate teams for opposing traitor factions.

If survival seems too simple for you, and you’d rather be a traitor with a mission, then The Resistance might be up your ally. Here, players are tasked with setting about on several missions to topple a corrupt government, but there are spies among their ranks. The spies can make the missions fail, but need to do so strategically to avoid being ousted before they can do real damage to the cause. The Resistance has led to some of the tensest, most high pressure games I have ever played. It tends to result in 10 – 15-minute-long discussions about who should be put on a mission, followed a quick resolution that feels like either a stunning victory or a crushing defeat. Watching the resistance members slowly descend into stress and paranoia as a spy is morbidly enjoyable while overcoming an intelligent, subtle foe feels intensely satisfying while playing as the plucky resistance. 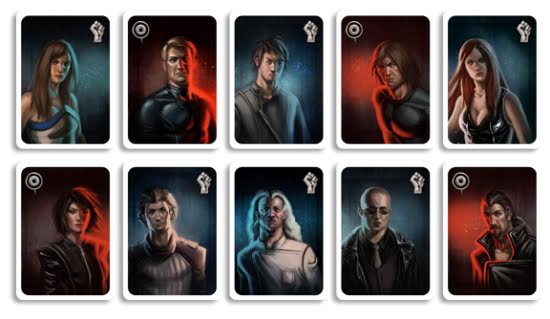 Pictured: How to hate your friends and love every minute of it

The most dastardly traitor mechanic, in my experience, is the supposition that there *may* be a traitor, rather than that there is a traitor. Games of Ultimate Werewolf or The Resistance always have a traitor present as a central game mechanic. Then you have Dead of Winter, a game about fulfilling secret objectives with cooperating with other players to survive the zombie apocalypse, but one of your compatriots may be working against you. Now, the traitor’s objectives are similar to those of everyone else, they may be collecting certain resources or barricading themselves in somewhere, but they want everyone else to fail. It allows the traitor to lull everyone else into a false sense of security and affords the more upright survivors the ability to succeed before they can put their dark plan into action. Furthermore, being found out as a traitor does not end the game for that character, but gives them a separate objective to complete as an exile, so they’re able to act more overtly as a dirty back-stabber if they so choose. 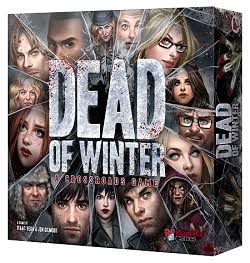 Survive the zombies; survive your friends

So, the next time you sit at the gaming table, take an inventory of your friends. Decide who you can trust and who you can’t, because it might come up down the line. Remember that it’s all just a game, but sometimes grudges still run deep, especially if you’re some dirty traitorous Cylon.