If you live on the internet you’ve probably laughed quietly at some of Adam Ellis’ comics. His work has been featured on his tumblr as well as sites like...
by Former Writers October 18, 2016 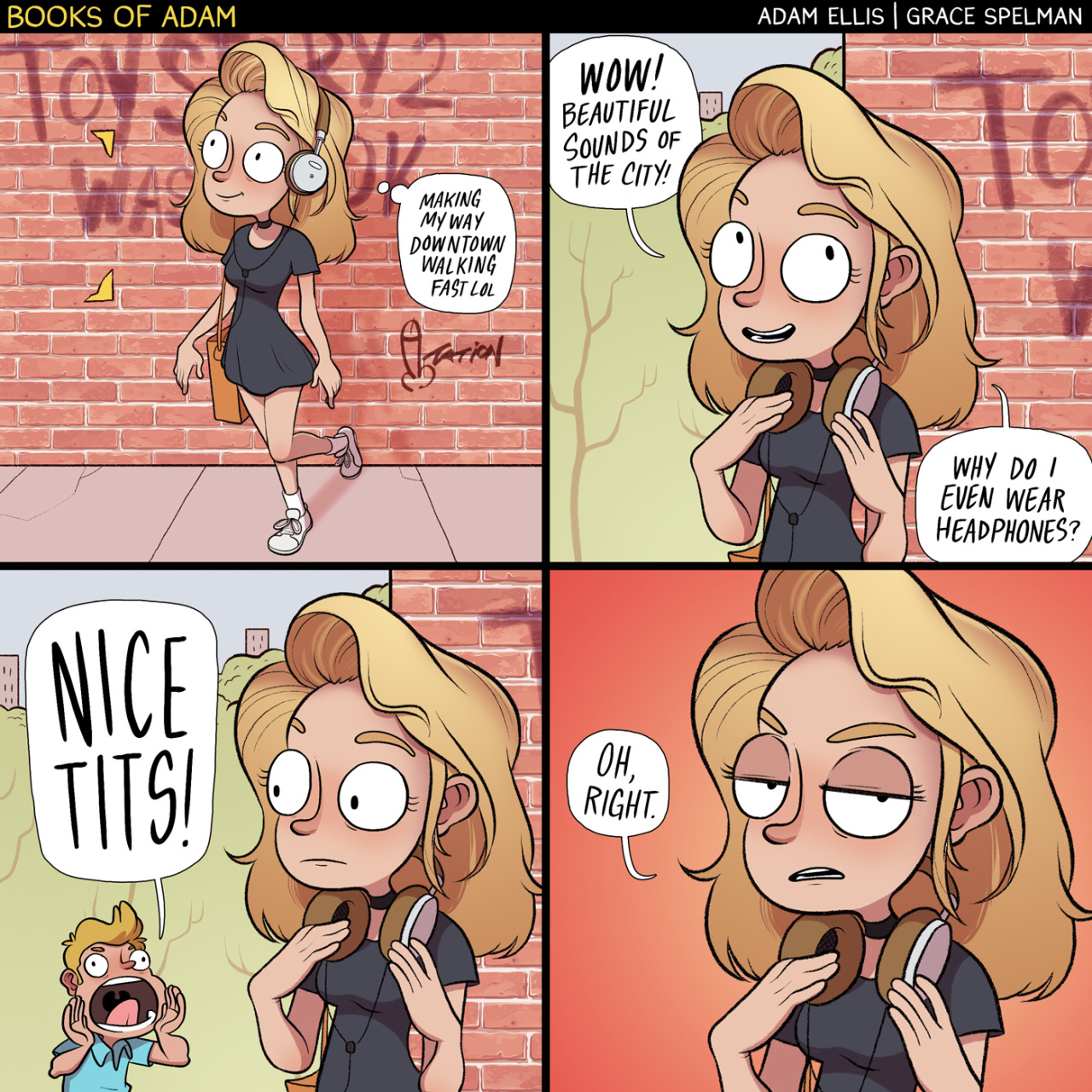 If you live on the internet you’ve probably laughed quietly at some of Adam Ellis’ comics. His work has been featured on his tumblr as well as sites like BuzzFeed. Like many webcomics The Books of Adam comics usually star a caricature of their creator but in recent years Ellis has begun adding other characters as well which allows him to poke fun at the life experiences of people different from himself. Some of his best comics deal with issues women face every day like, cat calls or having to listen to some dude “um, actually” a conversation to death without being preachy. In one or two panels Ellis manages to make complicated and uncomfortably funny jokes about everything from social anxiety to Game of Thrones. 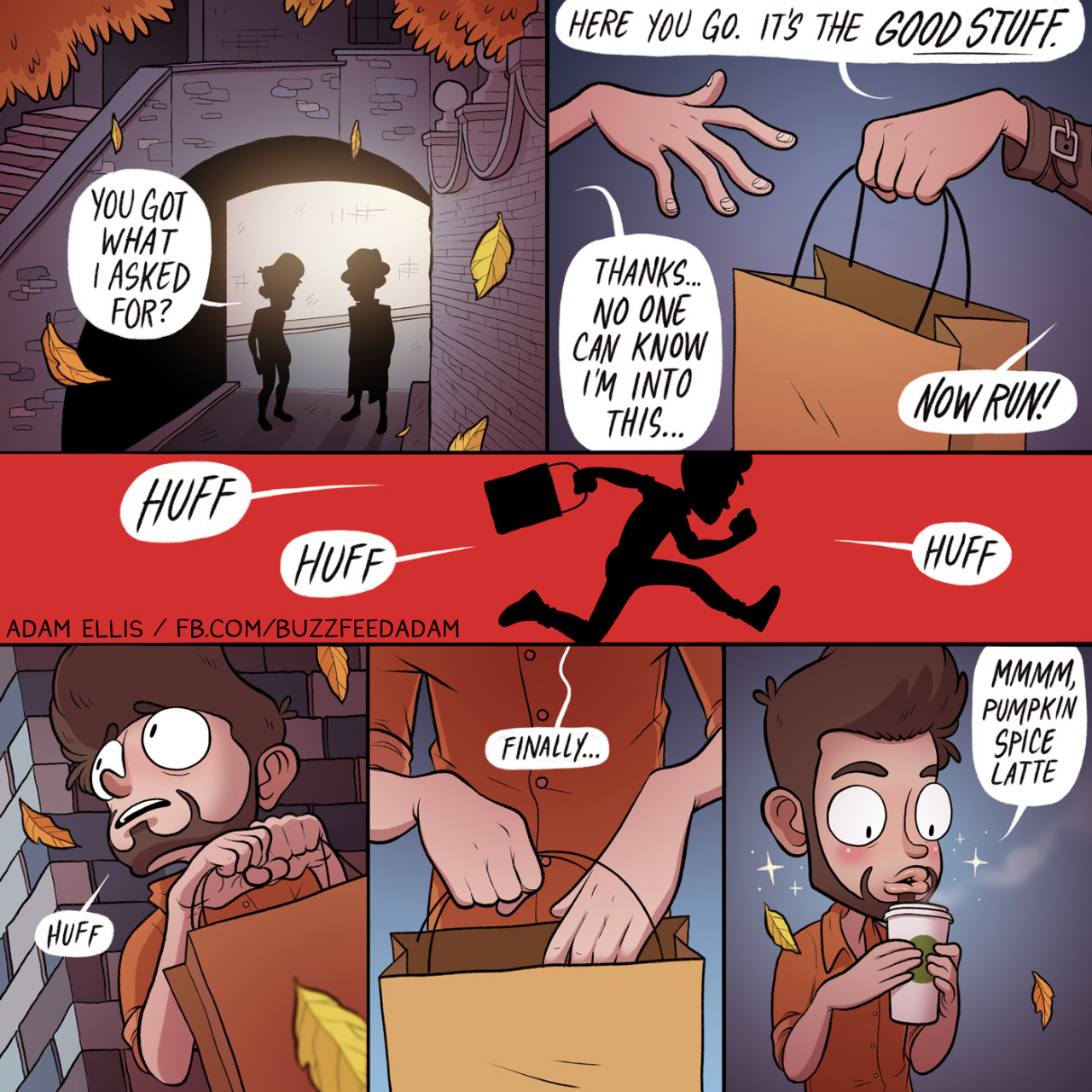 The Books of Adam has only been around for a few years which means it’s easy to catch up on all of his work and trust me when you start reading you’ll happily fall down an internet hole. To me one of the coolest parts of Ellis’ work is how comfortable he seems with his masculinity. His main character loves cats, pumpkin spice lattes and RuPaul’s Drag Race and it’s just, well, normal. It’s nice to see portrayals of men that fall somewhere between super effeminate and total jock. 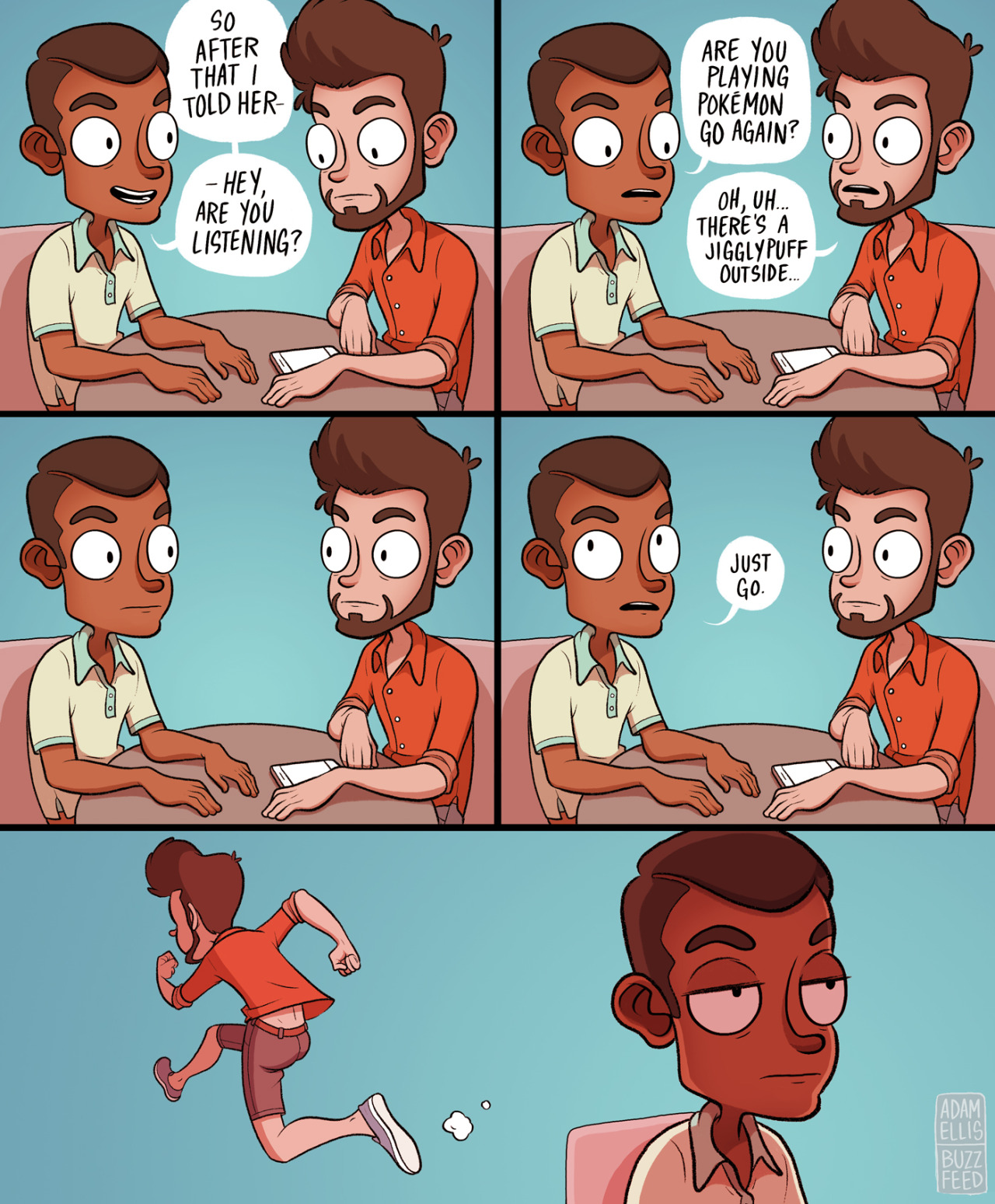 Comics are clearly a visual media but that doesn’t mean everyone is good at visual gags. A lot of Doonesbury comics, for example, would be just as funny if you heard them read over the radio. Ellis, on the other hand, clearly knows how to make a great joke using few, if any, words. He’s also taking webcomics to a new level by including small animated gif styled jokes  in many of his comics. It’s a style of comedy that’s all over tumblr but rather than using images from tv or movies Ellis creates original content. It breaks up the static images and makes the comics more interesting to read.

So if you’re in need of a new webcomic to brighten your days in a cubicle The Books of Adam should be at the top of your list.

All Photos by Book of Adam property of Adam Ellis