Why you should watch Marvel’s ‘Iron Fist’ Netflix Series

Why you should watch Marvel’s ‘Iron Fist’ Netflix Series By Brittany Cruz As the final installment leading into “The Defenders” Netflix series coming out August 18, Marvel’s “Iron Fist”...
by Brittany Cruz April 11, 2017 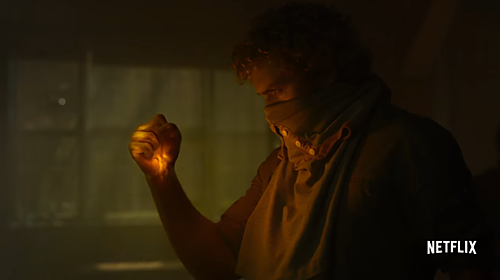 As the final installment leading into “The Defenders” Netflix series coming out August 18, Marvel’s “Iron Fist” has been met with less-than-stellar reviews. Criticisms have mainly revolved around “Game of Thrones” star Finn Jones giving a lackluster performance as the show’s main hero, Danny Rand, and the subpar fighting scenes.

Despite being the most binge-watched Netflix premiere of 2017, critics have consistently labeled “Iron Fist” as Marvel’s first flop on the streaming service.

Regardless of wavering public opinion, there are a lot of positives that can be taken away from the series. “Iron Fist” may not be everyone’s cup of tea, but let’s take a look at what makes the show worth watching and why it is important to the Marvel Cinematic Universe going forward.

First, a bit of backstory. Danny was raised in a monastery by monks in the mystical city of K’un-Lun after surviving a plane crash that killed both his parents. He was trained in the art of kung-fu and bestowed with the power of the Iron Fist, which allows him to focus his chi energy into his hand and causes it to glow a florescent yellow.

Fifteen years later, he attempts to return to his old life in New York City with the expectation that he will be welcomed back to Rand Enterprises, the billion-dollar business his father built up with family friend Harold Meachum (David Wenham). Danny’s return is met with confusion and disbelief, and he is given the cold shoulder by his childhood friends who now run the company, siblings Ward (Tom Pelphrey) and Joy Meachum (Jessica Stroup).

The showrunners went for the less-is-more approach, keeping the use of Danny’s power to a minimum and making the series feel more grounded. For those worried, there are still plenty of action scenes and at least one big fight sequence per episode. However, it is not Danny punching his way into the limelight.

No, Colleen Wing (Jessica Henwick) is the true star of “Iron Fist.”

Colleen is a gifted martial artist who owns Chikara Dojo and offers lessons to help get local kids off the streets. While she may not have any special abilities beyond that of a normal human, the violent nature of her cage fights speaks miles about the pent-up rage she possesses and the damage she is capable of. Colleen is not without her flaws, but she is loyal to her friends and a mentor to her students, if just a little rough around the edges.

For the most part, previous Marvel-Netflix series like “Jessica Jones” and “Luke Cage” focused on the main protagonists. While this is Danny’s story, the strength of the show lies in its supporting cast and leans heavily on the performances of Henwick and Pelphrey.

This is especially noticeable in the way “Iron Fist” takes its time to look into the lives of Joy and Ward, where a lot of time is spent developing their individual story arcs in the first few episodes. This means viewers are sitting through a handful of business meetings and brother-sister disputes, which may not sound too exciting for anyone only interested in the kicking and punching side of things, but this approach paid off in creating a compelling group of characters. 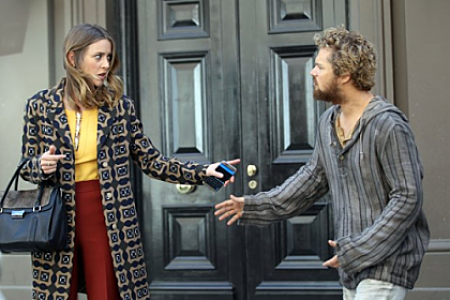 There are several types of relationships explored, but the series is at its best when the audience gets a front-row seat to watch the inner-family turmoil of the Meachums and their manipulative behavior.

In particular, the abusive father-son dynamic between Harold and Ward is one of the more engaging emotional train wrecks that play out on screen. Cracking under the pressure of his father, there is a feeling that Ward is going to snap at any moment as he spirals out of control and falls deeply into drugs. His unpredictability keeps the audience invested and unsure of what to expect next, acting as a wild card within the context of the series.

One major element “Iron Fist” improved upon from its other Marvel-Netflix buddies is the pacing of the overarching storyline. Free of any filler episodes, there is never a time the show lags. The story flows smoothly and the subplots ultimately tie back into Danny’s journey, making everything feel cohesive.

So, what does all this mean going forward?

“Iron Fist” is essential viewing for anyone who plans on watching “The Defenders” — the team-up between Daredevil (Charlie Cox), Jessica Jones (Krysten Ritter), Luke Cage (Mike Colter) and Iron Fist. There are a couple of key partnerships that are likely to arise in future seasons, so the more audiences are familiarized with these characters the better. 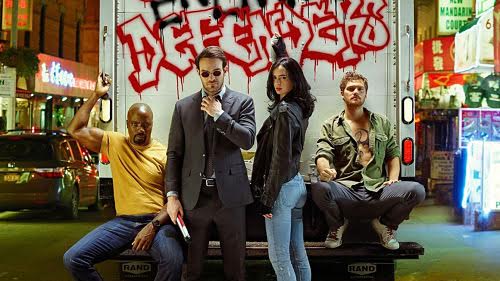 Luke Cage and Danny have one of the closest friendships in Marvel Comics and later go into business together as Heroes for Hire, so knowing their respective backgrounds will be an important part of watching their bond develop on screen.

The unbreakable man and billionaire kung-fu master are not the only crime-fighting duo to keep an eye out for.

Detective Misty Knight (Simone Missick), who was first introduced in “Luke Cage,” is bound to meet Colleen once the whole gang gets together. Their inevitable encounter could foreshadow a future partnership between the two ladies known as Daughters of the Dragon, a team their comic book counterparts form.

Let’s not forget the common thread that links all these heroes together: Claire Temple (Rosario Dawson). As the only character to appear in every Marvel-Netflix release, she is going to be the glue that binds everyone together. Seeing how she ended up crossing paths with Danny and Colleen is a simple way of connecting all the pieces and understanding her impact in the bigger scheme of things. 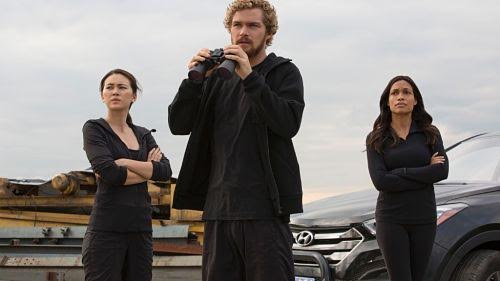 As the last introduction of “The Defenders” cast, being familiar with Danny and how he fits into the equation will provide a richer viewing experience when seeing the final team-up and may even give a clue as to what lies ahead.

Is this the best series of Marvel’s Netflix lineup? Hardly, but that is not to say it’s bad.

“Iron Fist” has the unfortunate timing of following up some great first acts. However, that should not take away from the overall quality of the show, which delivers a consistent buildup, adds new faces to the Netflix superhero roster and explores martial arts ideology with a touch of mysticism. It is worth the watch for the entertainment value alone, and it is definitely a must-see for Marvel fans.

What did you think of Marvel’s “Iron Fist”? Do you agree or disagree with the critics? Share your thoughts down below in the comments.