I’m honestly at a loss for words for where to start with Victor LaValle’s Destroyer. I really, really liked the book, don’t get me wrong. But man, is...
by Former Writers August 30, 2017 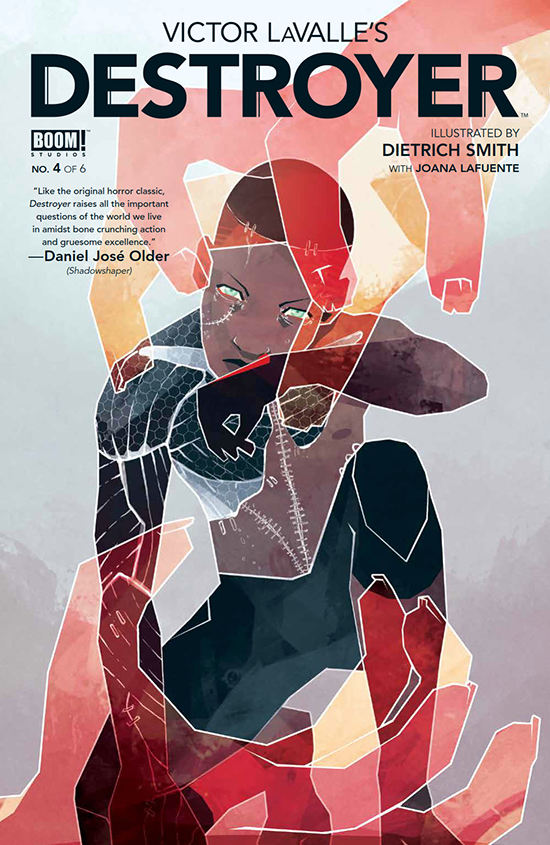 I’m honestly at a loss for words for where to start with Victor LaValle’s Destroyer. I really, really liked the book, don’t get me wrong. But man, is it an insane story. A spiritual sequel to Mary Shelley’s Frankenstein, Destroyer is a modern horror story with the endless love between mother and son at its core. Josephine Baker, a genius scientist and the last living descendant of Victor Frankenstein, has her world turned upside down when a police officer shoots her son. Using her ancestor’s notes, she brings the boy back in much the same fashion just in time for a new problem to arise: the return of the original Frankenstein’s Monster, disturbed from his hiding place in the Arctic by melting ice caps and invasive whalers.

I had seen the previews for this one when it was first announced a few months back, but like so many other things it slipped right past me (hey, I’ve had a hectic year). Perhaps the biggest sign of Destroyer’s quality is that when I read #4, I went back to tear through the first three issues. I didn’t feel I needed to. The story held up fine on its own feet picking up from this issue, and while there were some elements I didn’t necessarily get, I never felt like I was in over my head. In my book, this is the sign of a quality writer, someone who can craft an issue that carries on the arcing plot while still standing on its own to a new reader randomly finding the issue on a newsstand. 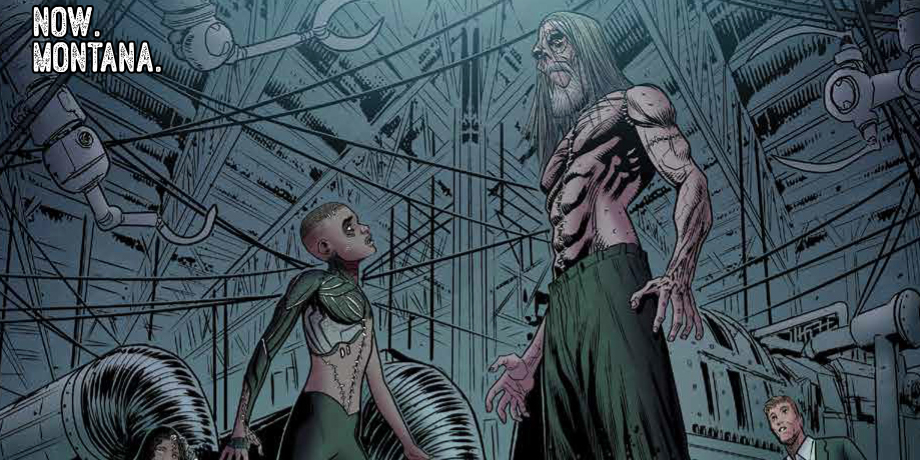 Science fiction tinged with horror laces the book from Hugo Award Winner Victor LaValle, no stranger himself to the horror genre with works such as The Devil in Silver and The Ballad of Black Tom. His expertise shines here with the story of Josephine and her resurrected son Akai, brought back from the other side with nanobots and a touch of old science. Akai’s nano bots give him abilities and make him the titular Destroyer, a set of powers that are clearly on display with terrifying potential. 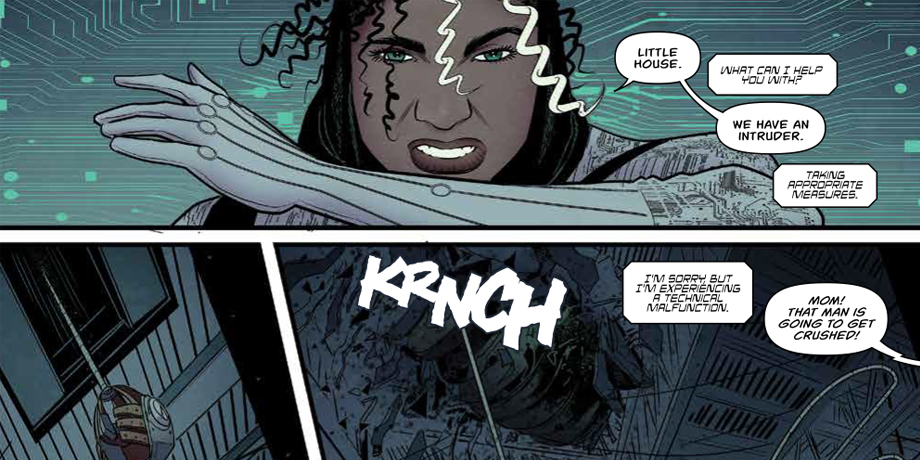 Complementing the horror and science slant of the story is the gorgeous artwork of Dietrich Smith. Smith, whose previous credits include Classic Battlestar Galactica: The Death of Apollo, The Next, and The Incredible Hercules, brings a gorgeously clean art style to the book. The characters have unique and interesting designs, but his work on the two monster characters shine. The designs for The Monster and Akai contrast and complement each other in their own ways, clearly different creatures from the same blueprint, a look that makes a lot of story sense. Joana Lafuente brings the artwork to life with a wonderfully muted color palette; cool colors highlights the sense of dread and fear creeping into each panel as the story lurches towards a clash not just of monsters, but of parents separated by the desires of an organization which has trapped them both. 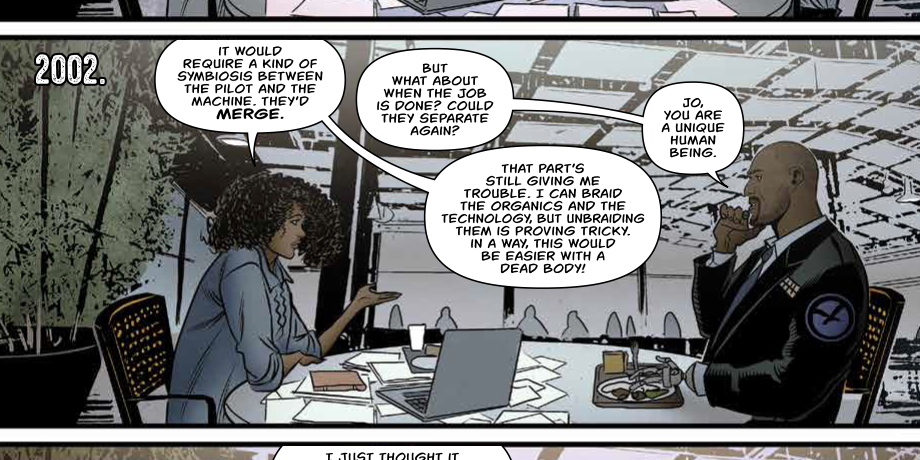 Victor LaValle’s Destroyer has a fresh, modern look at the Frankenstein mythos, something that has been visited and done to death over the years. It’s refreshing to find someone who isn’t trying to make The Monster young and hot and chasing after a girl, but instead a story with heart tied to the strength of family and the bonds it entails. Do yourself a favor and give this one a read this week.