Unholy Grail, Aftershock Comic’s latest offering from Cullen Bunn (Deadpool Kills the Marvel Universe, Godzilla: Cataclysm) and artist Mirko Colak (Red Skull Incarnate, Conan: The Nightmare of the Shadows) is a delightfully gritty re-telling of the legendary story of King Arthur. In this version, we see all the classic elements of the timeless tale (the Excalibur-wielding monarch, his trusted advisor Merlin and the Kingdom Camelot) all given a fresh, darker spin in this gory and twisted new spin. This story has something for everyone, from hardcore Game of Thrones fans, to people who just enjoy bloody fun times (so pretty much every good American). 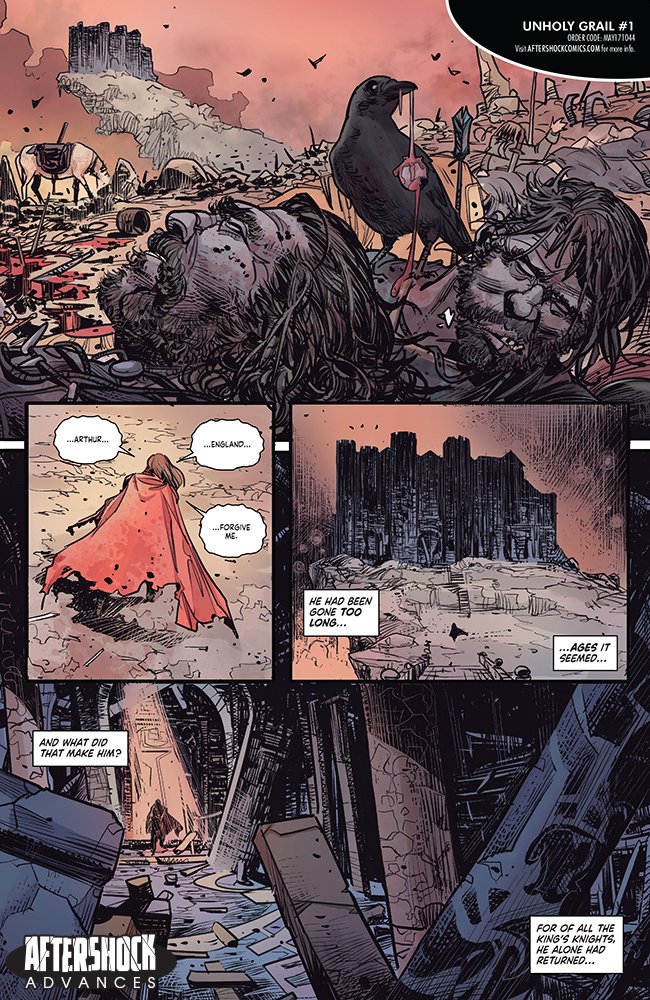 This book serves as an intriguing table-setter for the rest of the series, with a non-linear structure that shows the reader (what appears to be) the end (or maybe middle) of the story, then flashing back to the very beginning as Arthur’s father King Uther Pendragon lay withering away on his deathbed. I think the choice to go with this jump-around style works well and makes it accessible for those well versed in the mythology and newcomers like myself. 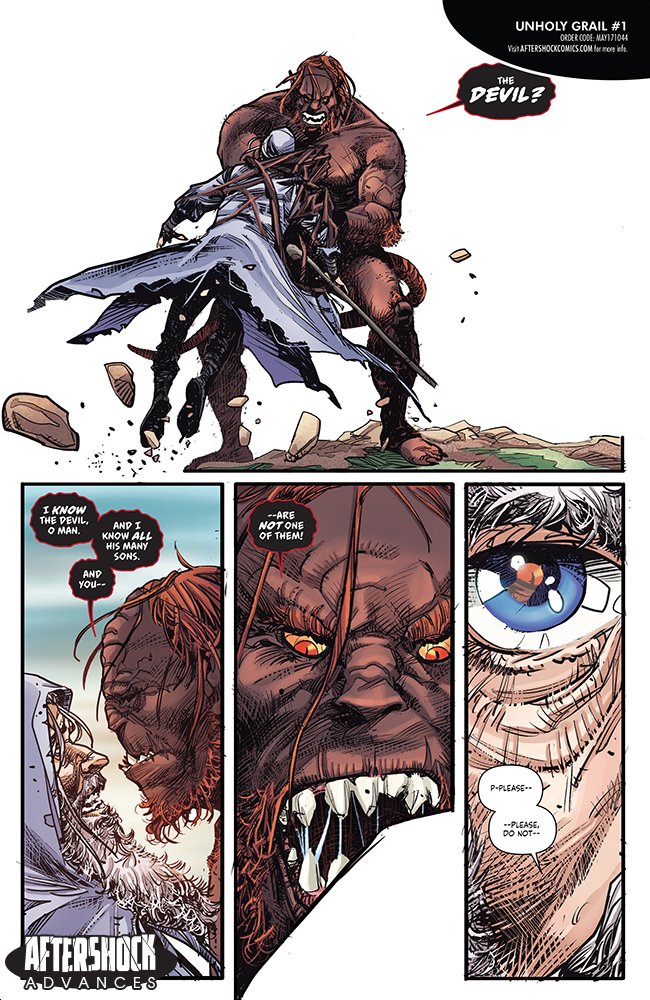 I also give writer Cullen Bunn major props for taking a stab (see what I did there) at a genre that I think has been grossly overlooked by the comic book industry and giving it a fresh spin. I also feel that Mr. Bunn does some of his best work when it’s dusted in horror themes so I get the feeling this book will be on my pull list for many months to come. After all who doesn’t love rooting for the Bad-Guy?

Mirko Colak’s artwork is as fantastic as ever and really completes the package set up by Bunn’s storytelling. The character design, from the nameless demon to Merlin the Manipulator and Arthur himself is absolutely flawless. I loved the panels that featured anonymous corpses strewn in the back and foreground, but I think the real showstopper for me was the full-page splash of Arthur summoning the Lady of the Lake. The execution makes for an action packed image that tells as much of the story as do the Bunn’s words. 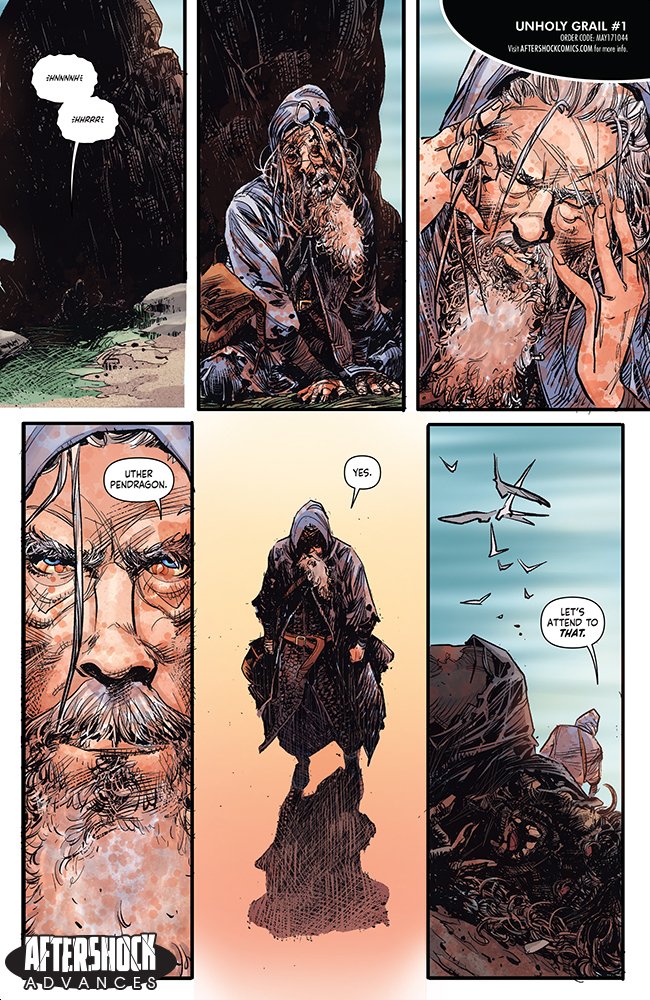 The bottom line here is that you should absolutely pick up this book when it hits stores this July. Bunn has solidified himself as one of the most exciting writers in the industry and Colak’s artwork continues to amaze. I would highly recommend Unholy Grail for fans of the aforementioned writer/artist as well as fans of horror and fantasy. Go out and buy this book!