They’re your favorite actors that you don’t know anything about. “That guy” with the great villainous voice. “The lady” who was in an episode of Star Trek that one...
by Alexandra Wilson June 30, 2017

They’re your favorite actors that you don’t know anything about. “That guy” with the great villainous voice. “The lady” who was in an episode of Star Trek that one time. And, of course, “those dudes” who seem to play the main character’s best friends in, like, every movie.

Character actors are consistently underrated and underappreciated, even though they tend to be the best parts of our favorite films and TV shows. Here are five character actors you need to know – and to appreciate the next time you see them.

You may recognize this actor as from Guardians of the Galaxy Vol. 2, but what you don’t know is that outside of being related to the director and playing one of the Ravagers in the film. Gunn also assists in the motion capture for Rocket Raccoon. (What, you thought Bradley Cooper was going to do that himself?)  Gunn also had a prominent role in Gilmore Girls as Kirk – the town weirdo – and was also in the movie Super, the TV show Glee, and October Road. You’ll continue to see him in the Marvel Cinematic Universe (we hope).

This Iranian-American actress has had a heck of an acting career, despite not yet making “household name” status. She became well known after her performance in House of Sand and Fog, where she won and was nominated for several awards, but has since appeared in X-Men: The Last Stand, 24, Percy Jackson: Sea of Monsters, and Star Trek Beyond. You can currently see her in The Expanse on SyFy and yes, if you think you’re hearing her voice in Mass Effect 2 or 3, you’re right.

Holland is finally getting close to becoming a household name, and it’s about damn time. His performances in The Knick and American Horror Story: Roanoke have put him on the map. Holland excels at taking a smaller, subtler role and filling it with watercooler moments.  We’re sure Holland will be cast in a big budget superhero film in no time – the question is now, who gets him first? 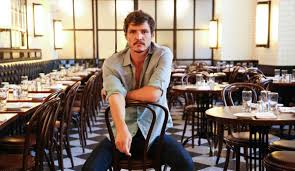 You might recognize this actor from Game of Thrones (though it’s probably confusing to see him with both of his eyes intact).  Pascal has a pretty extensive resume, including the 2011 Wonder Woman TV movie, Buffy the Vampire Slayer, and most recently – Narcos.  He’ll play an important role in the upcoming Kingsman: The Golden Circle, and since his character is named “Agent Whisky” – we’re very excited.

Fortunately (and unfortunately) for Cromwell, he just kind of looks villainous.  Not that that his performance in American Horror Story: Asylum really helped his case, though it’s worth noting that his character in Big Hero 6 didn’t either. But it’s important to remember that Cromwell is best known for being in Star Trek: The Next Generation and for being in the Revenge of the Nerds sequels. Regardless, we’re making a point to remember his name so the next time we see him on camera, we can brag about what big fans we are.

Absolution Effect Issue 1-A Demon hunting we will go