TV Foods You Should Probably Try   Television has given us so much over the years, dizzying heights, nauseating lows and those sweet, sweet creamy centers. It’s no wonder...
by James O'Donnell March 29, 2017 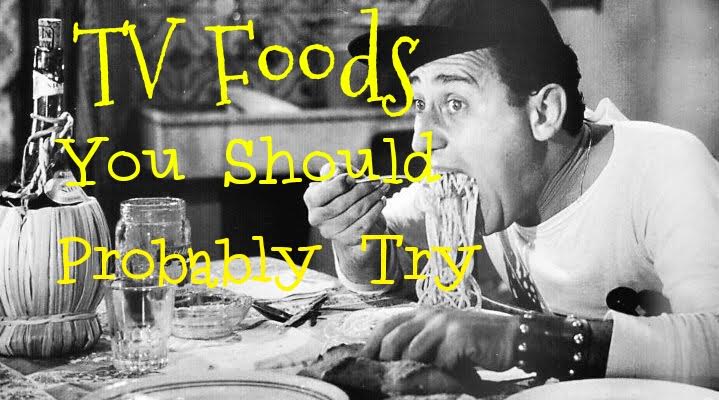 Television has given us so much over the years, dizzying heights, nauseating lows and those sweet, sweet creamy centers. It’s no wonder that among all the glitz and glamour of shows like Keeping Up with the Osbornes and Real Housewives of the O.C. there lie some pretty intriguing recipes that bored nerds might be willing to try and cook up. 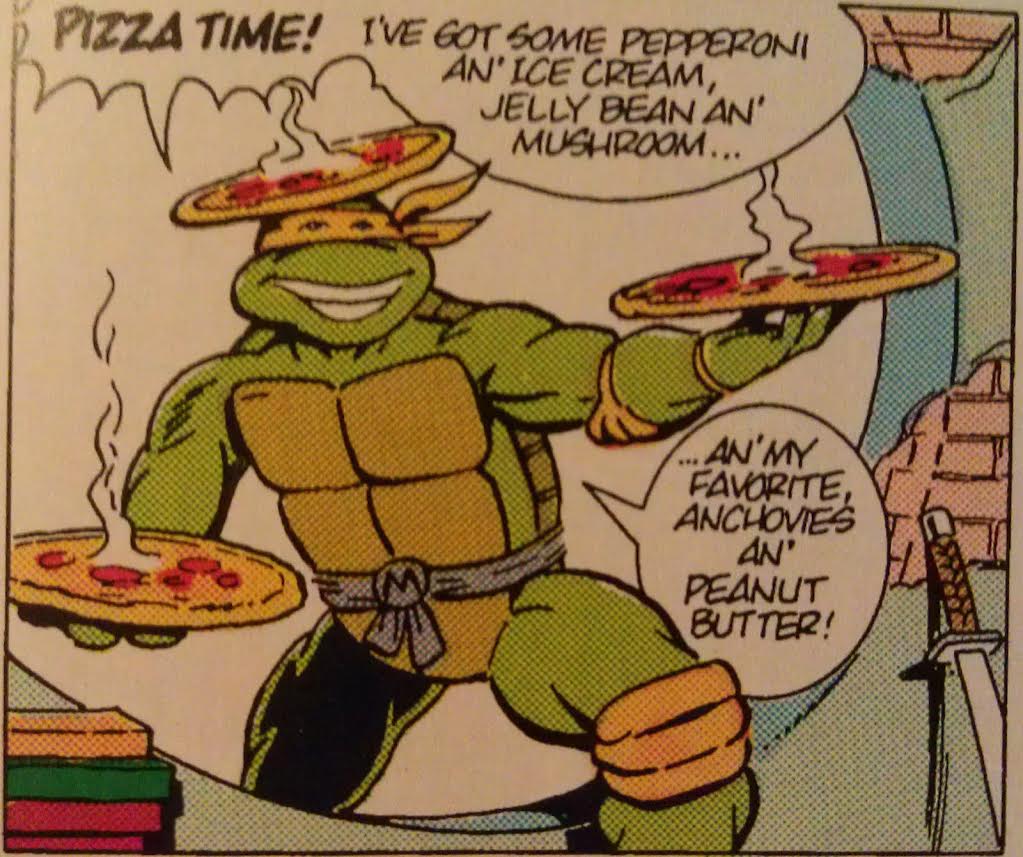 For the last three decades Teenage Mutant Ninja Turtles cave captured the hearts and minds of children and (weird) adults alike. Who among us hasn’t daydreamed about skateboarding through the New York City underground, battling the foot-clan day and night and living on an all-pizza diet? 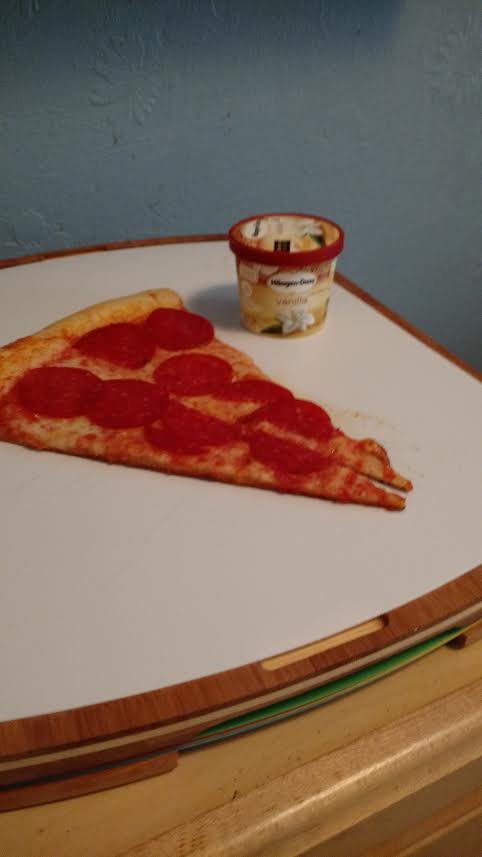 For most of us that dream died with the realization that karate is really difficult to master and skateboarding through a sewer is a good way to contract the bubonic plague. So for the rest of us the only remaining connection to our childhood mutant-heroes is to ingest an insane amount of pizza as much as humanly possible. One of the running gags on the original TMNT cartoon from the 1980s was the crazy pizza toppings that heroes in a half-shell ordered. From wolfing down slices of jellybean and Sausage to shredded coconut and pickle, it’s amazing that the turtles didn’t die of heart failure by series end. I chose to go with one that I fondly remember from the comic companion to the old TV show: Pepperoni and Ice Cream.

Unfortunately, there’s no specification for what kind of ice cream the turtles preferred so I decided to go with something that’s fairly easy on the palate, vanilla Haagen-Dazs. The ingredients are pretty straightforward: a slice of pizza from one of my local grease-joints and a single serving of ice cream. I decided to cut the pizza in half because I didn’t want to destroy an entire slice of pizza with this possible culinary clusterfuck. 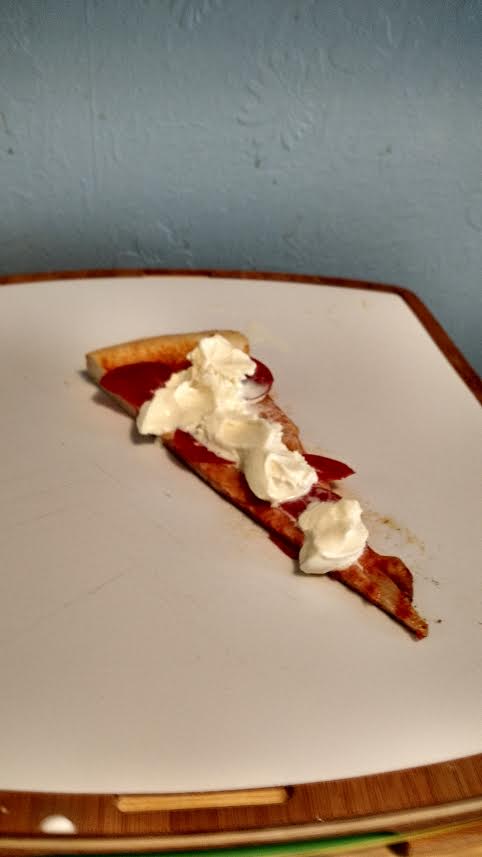 This was surprisingly good. The first thing that hit me was the sensation of the coldness from the ice cream and the heat from the pizza, which was similar to eating a slice with cold shredded mozzarella on top. The next thing that I noticed was how nicely the flavor of the vanilla mixed with the spicy pepperoni and the savory sauce. Honestly I would totally eat this one again. Will I be ordering a pint of vanilla bean with my next extra large pie? No probably not but for a fun culinary mix-up I would highly recommend this dose of turtle power. 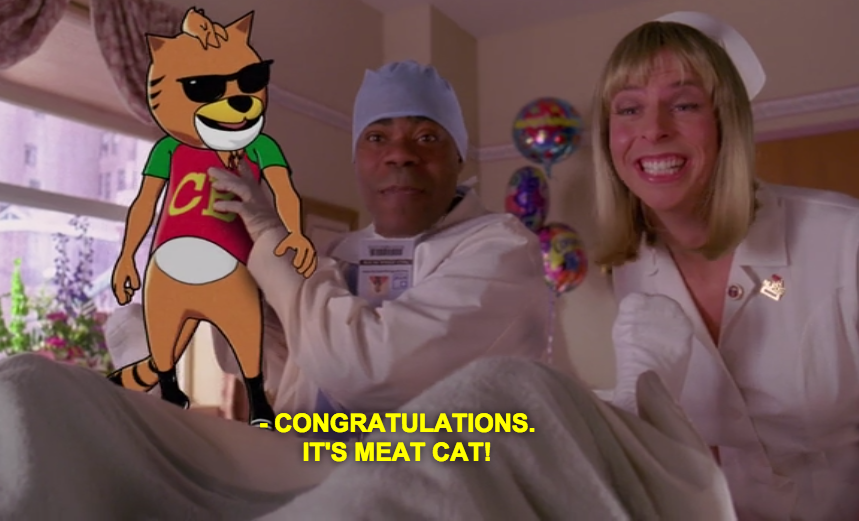 From the first episode of 30 Rock’s fourth season, cheesy blasters are everything that their theme song describes them to be: 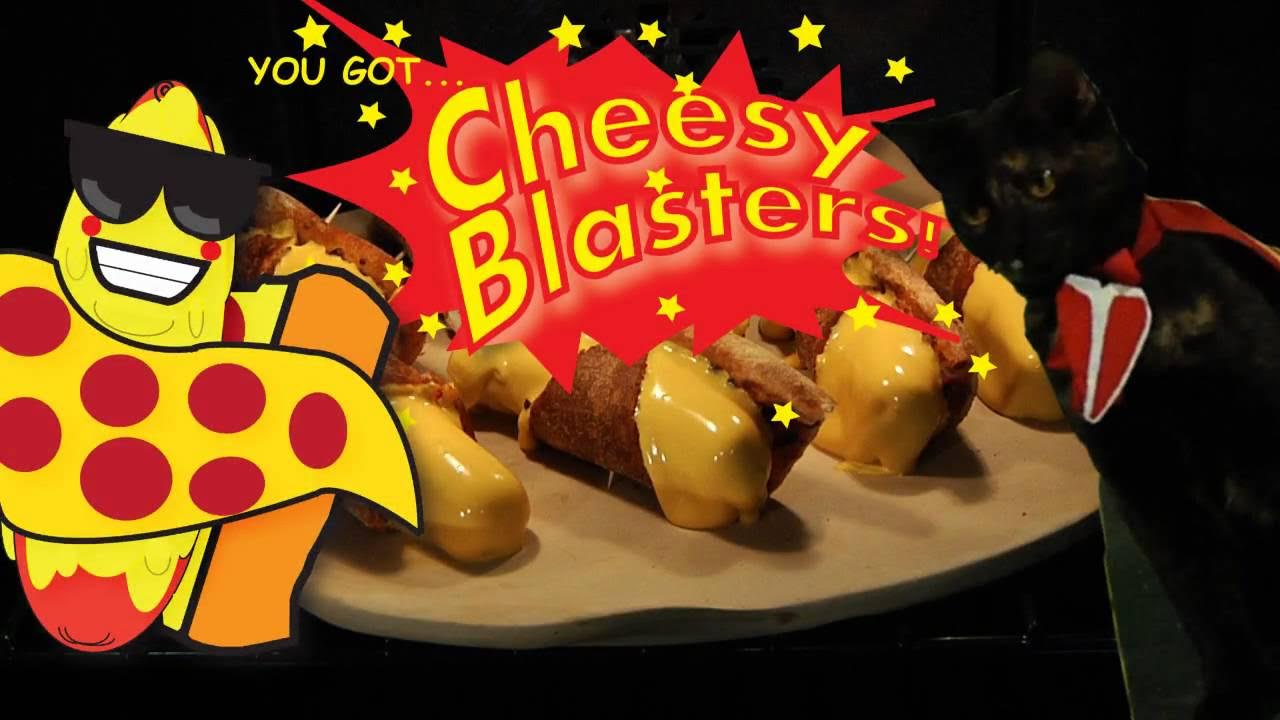 “First you take a hot-dog, stuff it with some jack-cheese, fold it in a Pizza: You’ve got Cheesy Blasters! And then all the kids say, “Thanks Meat-Cat,” and then Meat-Cat Flies away on his, um…skateboard.”

I have to admit I was in the hard throws of vegetarianism when I first saw this episode, but even back then, with a mind poisoned by tofu burgers and soy-bacon, I knew that I’d someday sink my teeth into the greasy nightmare that is Cheesy Blasters. The setup was fairly simple I took boiled a hotdog, sliced that puppy open and filled it with Colby-Jack cheese then folded everything into a slice of pizza (one of the benefits of living in New York is that Pizza literally grows on trees).

And it was…pretty ok. The Colby-Jack was completely outshined by the taste of the hot-dog and pizza and the pizza crust kind of made it feel like I was eating a corndog with a little ketchup mixed into the dough. It was exactly as Jack Donaghy described: the type of food I’d expect people in fly-over states to base their entire economies around. 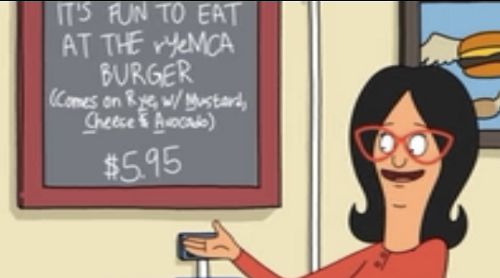 One of the greatest things about Bob’s Burgers is the running gag that revolves around Bob dedicating enormous amounts of time and energy into crafting quality ingredients into delicious recipes. That’s why when it came time to pick out a Burger from the Bob’s Burgers Burger Book (which you should go out and buy right this minute) it took me a while to finally settle on a recipe.

I settled on the It’s Fun to Eat at the Rye-MCA Burger from season two’s Dr. Yapp because it’s a fantastic episode and I really love rye bread. This was probably the most complex recipe I had to throw together- caramelized onions, hot brown mustard, horseradish, lettuce, cheddar cheese, hand sliced rye and grilled hamburgers (duh).

This was, in short, fucking amazing. The onions were a perfect compliment to the horseradish and cheddar and the juices from the burger soaked into the rye bread but it still retained the crustiness of the outer shell. This was the shortest entry on the list because I had to take a nap after eating this fantastic culinary concoction. I highly recommend making as many of Bob’s Burgers as you possibly can.

Finally, to wash down all my TV-inspired treats is the drink that Homer Simpson thought up in a fever dream of creative brilliance. In season nine’s football themed episode Bart Star, a depressed homer seeks out a liquid pick-me up in the form of “that beer with candy floating around in it,” and the rest is history. 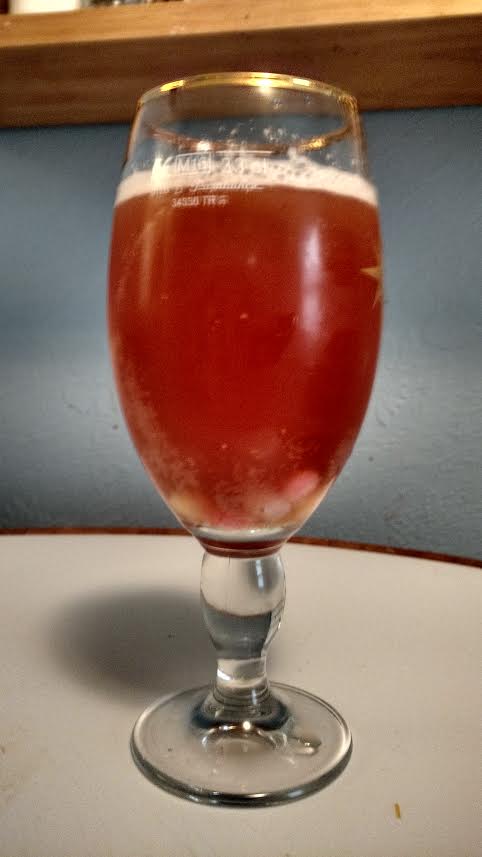 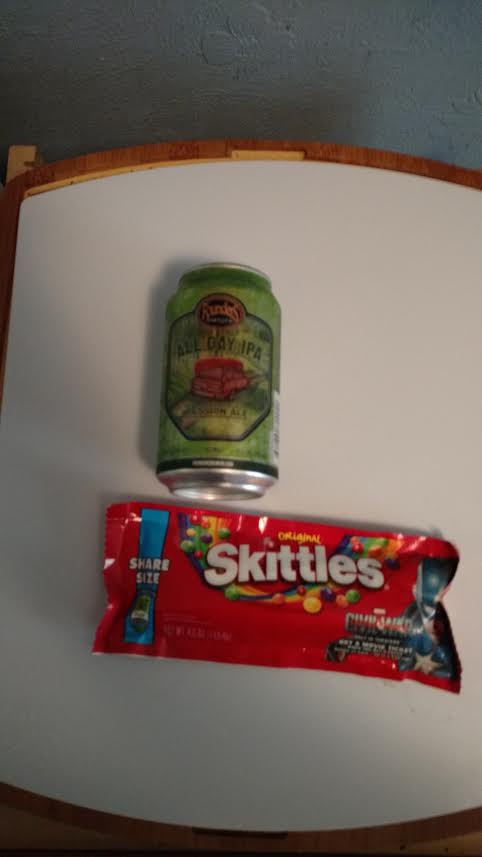 The ingredients are pretty straightforward (kind of like the ninja turtle pizza) just combine beer with a handful of skittles, let it and enjoy. The first thing I’d recommend it combining your ingredients in the sink because the sugar from the candy causes the beer to foam up and spill all over your nice clean counter that I’d just wiped down. I let it chill in the fridge for about 15 minutes then poured the contents into a glass for maximum exposure…

…And it was goddamn heavenly.

The first thing that stands out is the beautiful color that the skittles added a reddish-hue to the normally golden beer. The color wasn’t the only thing that blended well with the beer as the normally hoppy aftertaste had been transformed into a smooth and fruity finish. The grand finale, after polishing off the beer I got to chow down on beer-soaked skittles.

So there you have it, a list of fantastically fun fictional foods that you should try at least once in your life (especially if you’ve got good health insurance).