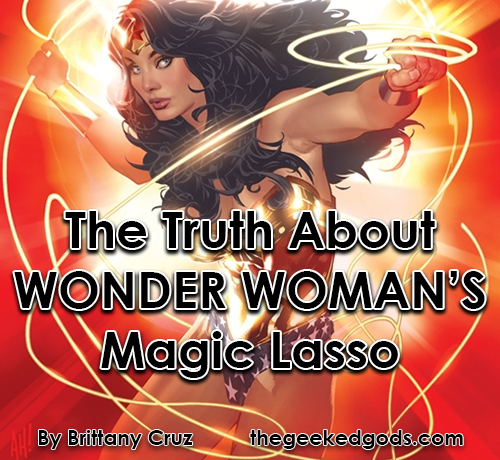 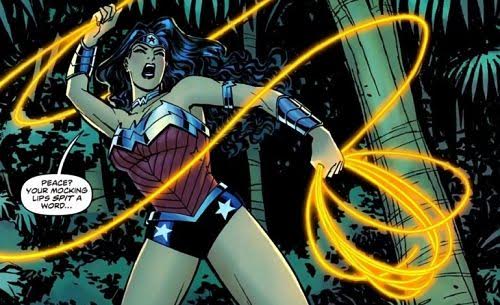 Part of DC Comics’ “Big Three,” Wonder Woman is one of the most influential superheroes to ever come out of comics and one of the first major female protagonists in the industry. The Amazon warrior princess, aka Diana Prince, debuted in All Star Comics Issue 8 in 1941 and was created by writer William Moulton Marston and artist Harry Peter.

Aside from her star-spangled costume and bulletproof bracelets, fans can always expect to see her Lasso of Truth close at hand. Despite its name, the lasso’s origin had nothing to do with the concept of truth and was initially called The Magic Lasso of Aphrodite.

The creative development of the iconic weapon is closely intertwined with the life of Marston, who was a lawyer, psychologist and inventor before his Wonder Woman days. The lasso is often mistakenly cited as being inspired by Marston’s invention of the systolic blood pressure test (an early version of the lie detector test), but in actuality, it was his research on the subject of emotion that served as an influence. 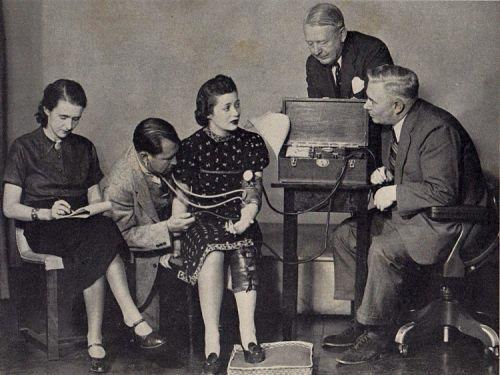 He developed the DISC theory and published “Emotions of Normal People” in support of his findings, which limited human behavior to four categories: dominance, inducement, submission and compliance. These traits might sound familiar to anyone who has ever picked up a Golden Age Wonder Woman comic, and there is a good reason for that.

The magic lasso was based on Marston’s studies and created as a metaphor for feminine magnetism and charm. Such concepts can be linked to the psychologist’s romantic life, specifically the two women at his side responsible for much of the inspiration behind the lasso-wielding heroine.

While lassoing in criminals is Diana’s forte, she has also spent a lot of time in restraints herself over the years. In early issues, many stories featured her character being bound in chains or otherwise incapacitated. By taking the initiative and having the strength to free herself, Diana’s independence reinforced the ideology of female empowerment.

This symbolism was riding on the heels of first-wave feminism after the Civil War. Anti-slavery rhetoric inspired the imagery used in the women’s suffrage movement, including depictions of women in ropes and chains. Many suffragettes implemented these visuals into their marches, sometimes chaining themselves to gates and railings as a form of protest. 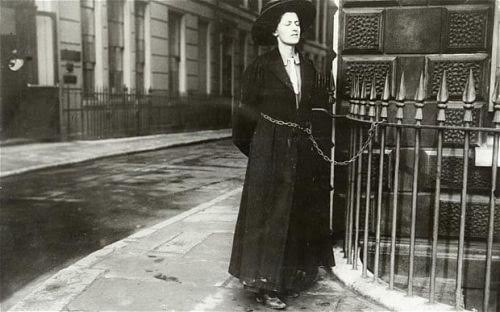 An English woman chains herself to a fence protesting for the right to vote circa 1909.

Historical influences and Marston’s personal life give context to the creation of Wonder Woman’s golden lasso, but the powerful artifact also has many practical uses within the comics. A common misconception is that the lasso’s only power is to compel people to tell the truth, but the nearly unbreakable weapon has been shown to have many capabilities.

In the current “Wonder Woman: Rebirth” title, Diana discovers she can use the lasso to communicate with others when she first arrives in America. While having drinks with Barbara Ann Minerva, Steve Trevor, and Etta Candy, they each hold a piece of the rope and effectively remove the language barrier between themselves and Diana, who is still learning English after leaving her homeland of Themyscira.

Just as the lasso compels honesty, it also allows people to recognize when they are being deceived. In the New 52 “Wonder Woman: Family Ties” story, the lasso guides Diana through the Tartarus pit, a place that psychologically torments residents and warps reality, and helps her see past the lies so she can escape.

The lasso can also provide clarity to a situation and reveal when someone’s actions are misguided. One of the best examples of this is in Gail Simone’s “Sensation Comics” Issue 1 when Wonder Woman makes her way over to Gotham at Barbara Gordon’s request. 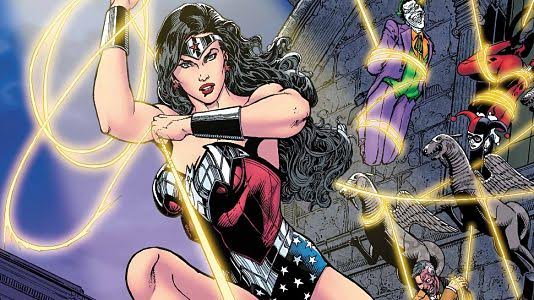 She rounds up Batman’s most notorious villains and wraps them in the lasso together, so they are forced to face their deepest fears and acknowledge the cause of their madness. As a result, some of the baddies go to rehab and, at least for a short time, forego their destructive habits. In Diana’s own words, “No one touches the lasso and remains unchanged.”

At its core, perhaps that is the true power of the lasso: enlightenment.

When Diana is desperate for answers, she has the ability to get the insight she needs. She can also aid others and act in their defense when their judgment is clouded. By offering clarity through truth, this allows her the opportunity to intervene in conflicts in a way that can potentially diffuse the situation.

Not only does that make the golden lasso a vital tool in her arsenal, but it defines Wonder Woman as a symbol of justice, compassion, and empowerment.

Inspired by different facets of Marston’s life, from his professional work as a psychologist to the nature of his romantic partnerships, the Lasso of Truth has become an important aspect of Wonder Woman’s character and helping make her the cultural icon she is today.

Are there any fun facts about Wonder Woman’s lasso we did not mention? We compel you to share your nerdy knowledge down below!