Troll 2 (1990) – The Anti-Vegetarian Champion of Bad Movies There are some instances of unbelievable greatness in this world that defy the laws of logic; they should not... 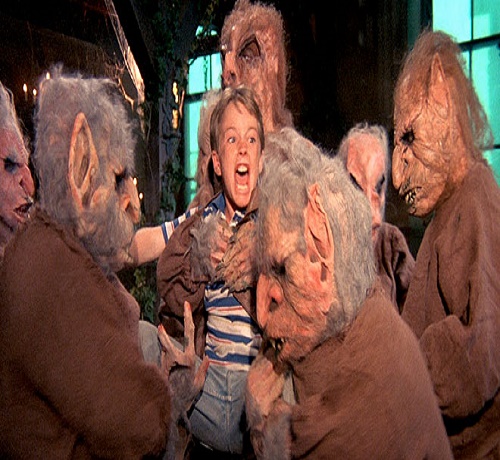 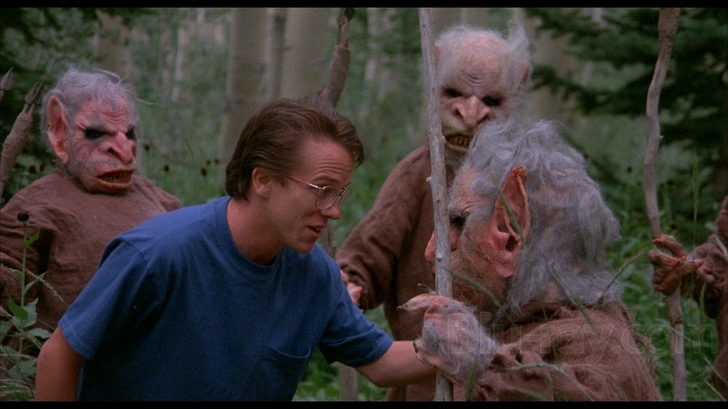 There are some instances of unbelievable greatness in this world that defy the laws of logic; they should not be, by any practical means, but somehow they are. Often times they are works of beautiful art or perfectly-composed pieces of music so soothing that they could calm even the most savage of beasts. Other times, these instances of greatness come in the form of movies so unbelievably awful that it actually causes a rift in the universe and flips time on its head, back and forth and back and forth again until black matter implodes on itself and releases the pull of gravity, until the end result yields something incredible. These instances are so few and far between that it’s almost hard to understand – but I’ll try my best.

I am, of course, referring to Troll 2, one of the most notoriously bad movies of all time. But while its levels of awfulness are over and above any realm of human comprehension, it’s a film that is surprisingly easy to watch. It’s not bad in the “turn this shit off” sense – it’s more like, “let’s watch this sixteen times in a row until we die because life is meaningless without this film”. There’s a certain charm that is beyond hilarious that is only attainable through the watching of two films: this, and The Room. (More on that another time.) So, while we are busy laughing out collective asses off at the actors and actresses in this film, they do have their fans who have seen the film countless times, with me being one of them. Anyone that would consider themselves an actual fan of this movie may seem insane, but it is actually quite logical. 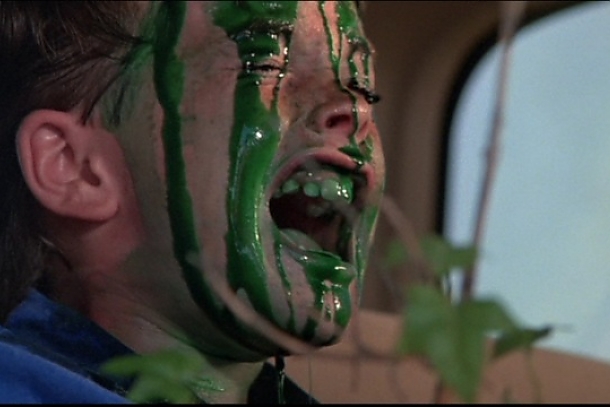 For starters, the absurdity of this whole situation is appealing right before a frame of the movie even plays. There is absolutely no connection between this and the first Troll film, which was a movie directed by  John Carl Buechler and featured a character by the name of Harry Potter, long before J.K. Rowling even had an inkling of an idea as to who her now-iconic teenaged wizard would be. The film was a commercial success, raking in over 5 million dollars at the domestic box office, which became a prime target for a foreign film director to rip off and ride on the movie’s coattails.

Enter: Drake Floyd, the writer, and director of Troll 2; a man that does not exist.

Claudio Fragasso, an Italian filmmaker, took the name of Drake Floyd in an effort to seem Americanized. Assisting him was his then-girlfriend and current wife, Rossella Drudi, who wrote the film in conjunction with Floyd/Fragrasso out to express her frustration with the fact that many of her friends had become vegetarians. As this was before Facebook, she had no way to just post a status update or flood her friend’s feeds with memes about this frustration, and thus, the idea for a film titled Goblins was created. The story of the film involves a town called Nilbog, one of the most obvious and dumb names of all time, in which a group of Goblins live. They can shapeshift into people, and are (as you probably could have guessed) vegetarians; their sole purpose is to turn people into vegetables and subsequently devour them. The Waits family is on a vacation in Nilbog, aided by a ghostly Grandpa character named Grandpa Seth. Their youngest child, Joshua, is the only one who can see Grandpa Seth, and it is up to him to save his family from the evil vegetarians.

There’s a little bit more at play here, but not much. The oldest Waits child, Holly, has a boyfriend who literally cannot be without his friends for more than five seconds. She invites her boyfriend Elliot Cooper to accompany the family on their trip to Nilbog. He never shows up, of course, because he’s hanging out with his friends…so they all take an RV and drive to Nilbog together. Elliot’s friends are the catalysts for a handful of scenes that are so insane that even writing about them would spoil the fun of the movie; however, I will mention that there is a sexual sequence involve a lot of corn, popped and otherwise.

The word “troll” is not said once in the entire film, and the title Troll 2 did not come until after the film was wrapped; the cast had no idea of the name change. So not only is it not a sequel, but it also has nothing to do with trolls. It’s a strange tactic, but one that’s hardly unique. 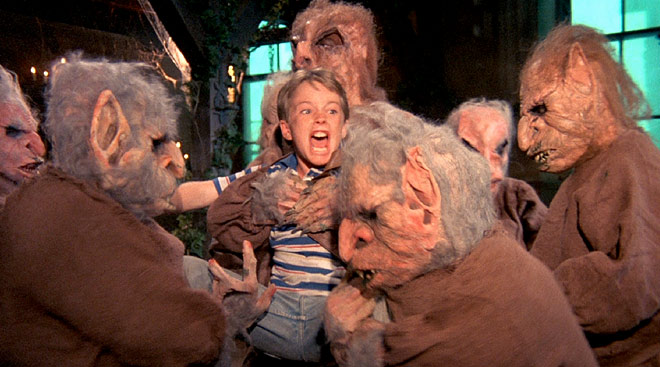 Very often are “sequels” created by foreign filmmakers as an attempt to provoke audience interest and thus rake in more substantial profits. One of the most unbelievable yet entirely factual example is a movie titled 3 Dev Adam, which pits a Turkish Captain America against an evil, murderous Spider-Man, who kills people with gerbils. Not rats; gerbils. It’s laughably bad, but there’s nothing about it that’s as fun or as wildly interesting as Troll 2, which distinguishes this ridiculous film from the rest of its lesser “bad movie” cohorts.

“So – it’s bad, we get that. But what about this charm you’ve written about?”

Ah, yes; thank you for reminding me. This charm, this spark, comes mostly from the fact that the film was worked on entirely by Italians who did not speak English filming in the state of Utah with local English-speaking actors. This was because the state had a film commission which appealed to Fragrasso, as both him and producer Joe D’Amato wanted to cut corners wherever possible and keep the budget small; the film had been made on an estimated budget of $200,000 and utilized anything cheap or free that they could get their hands on. The end results portray this perfectly, as the goblins in the film look like it had taken three minutes of preparation with the outfits being found three weeks after Halloween next to a dumpster behind a dollar store.

Fragrasso’s script was to be read by the cast verbatim, as even the suggestion that some of the lines be ad-libbed had incited a fury from the director. Lines such as, “You can’t piss on hospitality”, and “There’s no coffee in Nilbog. It’s the devil’s drink”, had to be delivered with as much vigor as the cast was capable of without a shred of improvisation. It is here where the glorious wonder of Troll 2 really begins to take shape.

Look, let’s face it – as human beings, most of us are not good at everything. We are usually given a set of talents, and that’s our lot in life. If you choose to pursue something that you’ve never had a particular knack at, that’s fine, and even encouraged; but sometimes, you’re just missing something. This is the situation that we’ve found with the cast of the film. They are not, by any means, good at acting, and yet they deliver each line with as much conviction as they are capable of, trying their hardest to take a film that they know is probably not going to be good and do their damn best at it. There’s a ton of heart here for every single member of the cast involved, most notably the character of the father, played by George Hardy, a dentist, and his fictional son Joshua, played by Michael Stephenson. Together, the two of them deliver some of the worst lines in film history, and give it their best at performing the cues written into the script, such as Stephenson climbing on top of a table while his family eats dinner and promptly urinating all over their food, which is coated with a strange green substance that will turn his family into vegetables if they consume it. Yes, that happens, and yes, it’s just as ridiculous as it sounds. 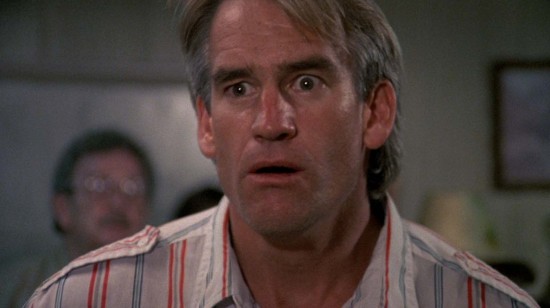 This heart and conviction shines through and really has you almost feeling bad for these guys…when you take a breather from laughing at them, that is. It’s so funny that you just cannot help it, and audience members are more prone to thank their Heavenly Father for witnessing this gem of a movie as opposed to pelting the screen with whatever food they have on hand before walking out of the theater. The film, in all its hilarity, has created a cult following, one that has made it possible for Hardy and Stephenson to embrace their masterful work of art.

In 2009, the pair went on to create a truly awesome documentary about the film and its cult following years after its release, titled Best Worst Movie. It’s a brutally honest and equally as earnest, documentary that is recommended almost as highly as Troll 2; but not everyone shares that sentiment. Fragrasso, on the other hand, fails to recognize his blunder and instead is known to become incredibly angry and defensive about his film, maintaining the belief that it’s actually a very good one. Which is ridiculous and even a little sad. The director is then missing out while the rest of the world participates in an extravagantly fun and odd experience. 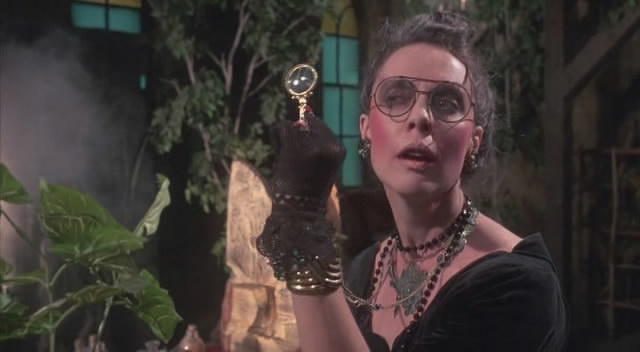 So maybe acting wasn’t their lot in life; this is not to say that they can’t do anything good. Hardy is an accomplished dentist and is now able to embrace the fame that this film has given him, and outside of Best Worst Movie, Stephenson also helmed an awesome documentary titled The American Scream in 2012, which follows three separate families in Massachusetts who go all out with creating immaculate haunted houses during the Halloween season. It’s just as earnest and lovable as his previous documentary, so it seems he’s been able to tap into something really wonderful here.

The long story short here is that you need to watch Troll 2. It’s truly something that is unique; something that could not be forced or replicated. The humor, though unintentional, is undeniable and extremely potent. I’ve avoided posting as many details about the actual events contained within the film because as ridiculous as the plot is, much of it is so insane that it’s hard to believe it’s actually happening…and trust me, you do not want those surprises ruined for you. Gather a group of friends, crack open a few beers, and pay attention to the movie – you won’t be forgetting this experience anytime soon. 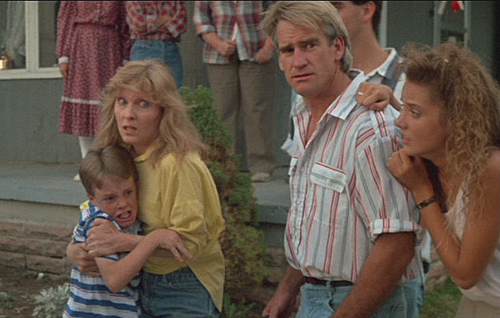