Top 5 Horror Films With Good Sequels by Mandi Nowitz   We all know that sequels are very rarely a good idea, with the exception of “Star Wars” and...
by Former Writers February 3, 2017

We all know that sequels are very rarely a good idea, with the exception of “Star Wars” and “The Godfather” and maybe a handful more. It seems as though once a movie opens to mild success, a follow-up is green-lit and that may not be the best idea for the franchise, i.e. “Grease 2” and “Dirty Dancing 2: Havana Nights.” With horror films, it is quite a different story as viewers might be left at the edge of their seats, wondering what happened to the characters that they grew so fond of over a ninety minute time period. Did Regan get possessed again in “The Exorcist 2: The Heretic” or was she safe? That was one sequel, and subsequent follow-ups, that did not need to be made. However, there are a few films in the horror genre that had sequels that actually answered questions and well, they didn’t suck. Here are this writer’s top 5 horror films with good sequels, in no particular order! 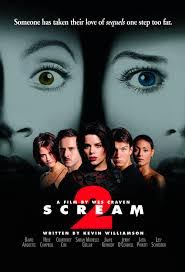 Released in December of 1997, the “Scream” franchise (RIP Wes Craven) brought horror films to a new generation who were thirsty for bloody twists and turns. After the major success of the first film, it seemed necessary to have a sequel and with good reason. Now that the four main characters of Sidney Prescott (Neve Campbell), Randy Meeks (Jamie Kennedy), Deputy Dewey Riley (David Arquette), and Gale Weathers (Courteney Cox) had seemingly escaped the ghost face killer and moved on with their lives, one wondered: how long could they be safe for? Sidney and Randy were now in college and a clear ghost face copy cat started off the film. Throughout, we kept (wrongly) guessing who was behind the mask and even watched as Randy met his demise, along with several other characters. It was not until the end that we learned the mastermind was the mother of Billy Loomis, who had been the killer in the first film. After he was murdered, Mrs. Loomis sought revenge and took along a classmate of Sidney’s for the ride. Both of them were killed while Sidney, Gale, and Dewey lived to see two more films but it was definitely one of the most entertaining horror sequels, raking in $172 million at the box office and garnering a score of 81% on Rotten Tomatoes. Not too shabby. 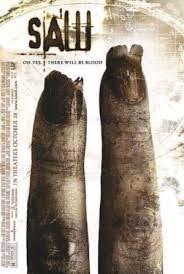 Released in October 2005, just one year after “Saw,” this film had to be made. We had to know what happened to the original captives, Dr. Lawrence and Adam and if, after sawing his foot free, if the doctor made it to freedom. He did not but Jigsaw had been captured but, as any good serial killer would do, he turned the tables on the police, leading them on a wild goose chase. Leigh Whannell was back as co-writer and the stunts were just as creepy, with the same hidden meaning: how much do you value your own life? Twist: we learned that Amanda, one of Jigsaw’s original surviving victims, was actually working with him and would carry on his legacy. With a $4 million budget, it raked in almost $148 million at the box office but with a sad score of 36% on Rotten Tomatoes. I actually found it challenging and edge of your seat thrilling. Call me crazy…

We all know I loved the original film so I was skeptical when I went on a binger and watched all of the follow-up films in one weekend (up to the 4th one, that is). This was actual an awesome sequel and the only other film in the TCM franchise that was actually worth anything. Tobe Hooper was back as director but because it was released in 1986, it posed a major issue. Die-hard TCM fans wanted a sequel as soon as the original went to the credits and by the time it arrived, no one seemed to care. It was still pretty raw; the worst part was when main character Stretch had to wear the face of a dead person to appease Leatherface, whom had seemingly fallen in love with her. Dennis Hopper was on board as Lieutenant Lefty, the uncle of Sally and Franklin Hardesty, who had spent 13 years trying to solve the puzzle of what happened to his niece and nephew after their ill-fated road trip. We did get to see Franklin’s dusty wheelchair, which really sad but the film failed to deliver at the box office, making just $8 million, double what the budget was. Once released on video, it became a cult favorite and with the release of newer versions in the 2000’s, a new generation was exposed to the awesomeness that this film was. 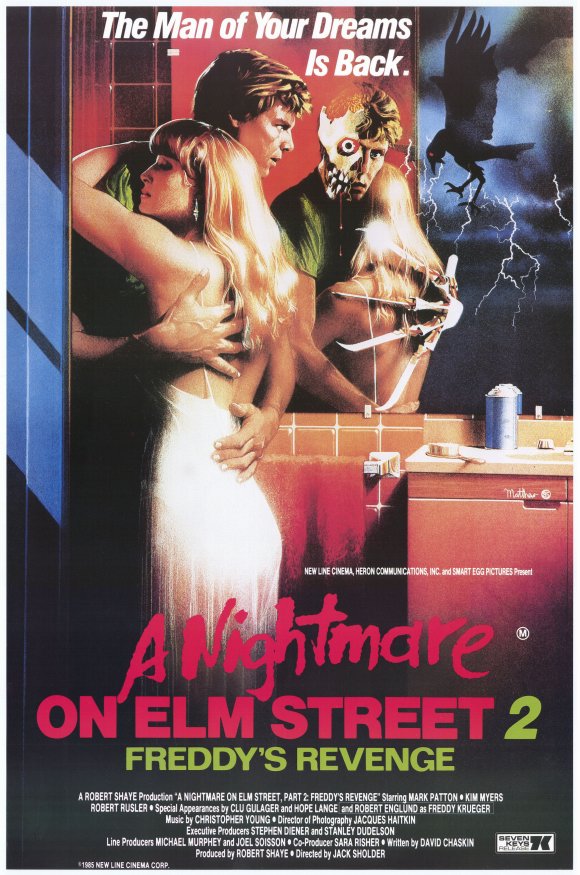 New people moved into the Thompson home where Freddy was back to haunt nightmares. Main character, Jesse gets possessed and when he and his girlfriend find Nancy Thompson’s diary, they suddenly realize that Freddy is real. The movie was not that great, admittedly, but it made almost $30 million at the box office with just a budget of $3 million and received a score of 42% on Rotten Tomatoes, higher than “Saw 2.” Bottom line: any movie where someone can haunt and torture you from dream to reality, possess you, and keep coming back; hell, I’d watch that…and not sleep for a week.

Released in April 1981, the movie did not make that much at the box office, having a budget of $1.25 million and grossing $21.7 million but it has gained positive reviews, except from Roger Ebert. However, Bloody Disgusting writer David Harley had this to say after it was released on blu-ray: “It doesn’t exactly stray far from the formula of the original film — neither do most of the other sequels — but Friday The 13th Part II still stands as an iconic and important entry in the series due to the introduction of Jason as the antagonist of the series…” The site Vegan Vorhees ranked it #1 in 2014 and it also re-visited original victim Alice Hardy, upon the film’s opening. 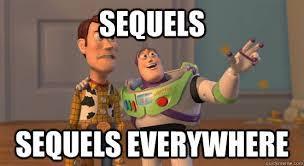 Seeing what happened to characters that we had grown to know and somewhat care about is vital when it comes to making a sequel. With the “Scream” films, the originals all returned and the essentials stuck around in films like “Saw 2,” “The Texas Chainsaw Massacre 2,” “A Nightmare on Elm Street 2: Freddy’s Revenge,” and “Friday the 13th: Part 2.” These sequels helped us revisit our fears and although they may not have always played out as well as we would have liked, they definitely made a lasting impression thus they have become the top 5 horror films with good sequels.

Let us know your favorite Horror sequel in the comments below