The Witcher lll: Wild Hunt Review Wow. A day or two ago, I finally put my controller down and had a bit of time to evaluate what I had... 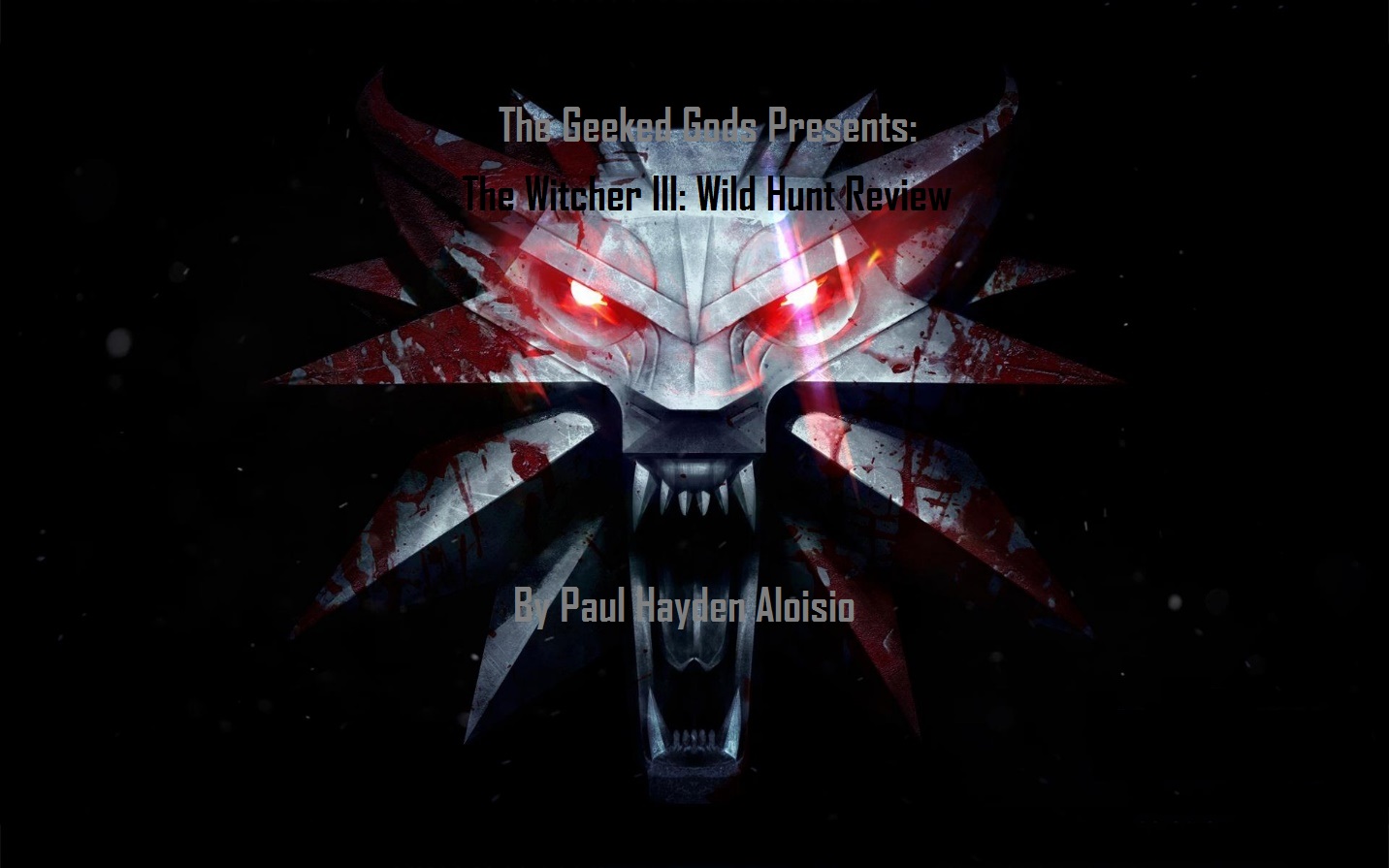 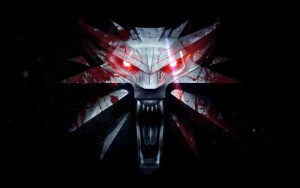 Wow. A day or two ago, I finally put my controller down and had a bit of time to evaluate what I had just spent over twelve days (not consecutively) doing. The only word that could really come to mind, was “wow.” There are not many games in the world that will ever be able to give you the same experience that The Witcher lll will. It’s completely immersible, with rich attention to detail in every single corner of every nook and cranny; there are no random encounters in this game, it seems. Every little detail fits perfectly in its own little place with its own little purpose. The story alone is wonderfully done, bringing you through more twists and turns than you could even keep track of. The monsters are scary as all hell, and the battle system is great; a vast improvement over the previous two Witcher games. It won game of the year on numerous platforms, and it’s easy to see why.

First off, many people whom I talk about this game with have said to me: “It looks cool, but I hate that it’s the third in a series. I won’t know what’s going on.” Which, admittedly, is a reasonable concern; I felt the same way upon bringing the game home. I wondered if I would have trouble understanding this new world (which is supposedly 20% bigger than Skyrim) and became concerned that it would be a detriment to my gaming experience. However, the second I opened the packaging, I knew that this was not going to be an issue. In a world where many developers are pushing cloud downloads and digital-only games, the team at CD Projekt Red have gone completely above and beyond what is now the standard for most games. 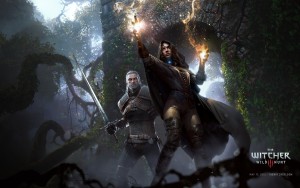 Get this: inside the box, you have three booklets. One, is a thank you from the developer, letting you know that there is a ton of downloadable content for the game, all of them free (besides the expansion packs, which is reasonable.) Okay, so that was cool…I appreciated that. The second thing I pulled out was a map of The Northern Kingdoms, the area in which The Witcher lll takes place. I love little things like that. It’s just a cool thing for a developer to do. But, still, there was something else inside…a Witcher compendium, filling in almost all of the gaps needed to get you started on your quest. In print! Still, there was more…not one, but two discs. One was the game, and the other was the beautifully crafted soundtrack, because why the hell not? CD Projekt Red aims to impress, and that they did. I must also state that this was not a special edition of the game, but the standard everyman’s version. I cannot wait to see what they have in store for the inevitable game of the year edition.

From that point on, I knew the game was going to be a completely new experience. There’s no way a game dev would put that much effort into immersing you in this fictional world for only a subpar game. Little did I know that I would spend hundreds of hours on this game, yet still hungry for more once I reached the ending.

It’s not am RPG in which you completely mold your character out of metaphoric, digital clay; instead, you play as Geralt of Rivia, a Witcher. What’s a Witcher, you ask? It’s pretty much a monster hunter…a monster bounty hunter, more specifically. You take on contracts and kill monsters that are bothering the townspeople. At least, that is supposed to be what a Witcher does. Geralt’s story and fate is a bit more complex…but I’ll leave the details for when you play the game for yourself. Which you should. Unless you don’t like being happy and having fun.

At first I was a bit put off with the fact that I was forced to play as this character…after all, one of my favorite parts of most RPG’s is creating a completely new character and shaping their life all by my own choices. However, my stance on this quickly changed. The amount of rich backstory that Geralt’s life entails is completely overwhelming, in the best of ways. You have a number of great and believable relationships with friends from many years ago. You have previous love interests. You have enemies that remember you. I quickly found my sale literally role-playing as Geralt, making decisions that I thought were best for him. Quite the different experience from something like Fallout. 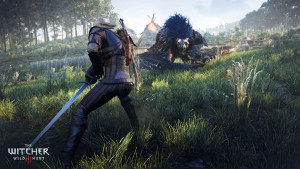 And, speaking of Fallout, the choices you make in this game have way bigger consequences…astronomically bigger, actually. Most, if not all, decisions are only revealed to you way later in the game. Each word you say can help or hurt a character, and they’ll remember it. It’s not like you decide to see what would happen once you SPOILER ALERT FOR FALLOUT 4 kill the railroad and change your mind once you didn’t like the outcome. You can’t really mess around with the outcomes. Like real life, they are affected by your actions, and the game tries its hardest to make you reap what you sow. For example, there was a quest in which I was given the option to let an entire village of children be eaten by some sort of monsters, or to forsake the children and help out a man’s wife. I opted for the children, and once the quest was completed, the man with the now-deceased wife asked me to come see him afterwards to talk about things. Hours passed and I did numerous quests on the way. Once I finally returned to where the man asked me to meet him, he was hanging from a tree, lifeless, because he had lost the woman that he loved. Each time I passed it, I remembered the incredibly tough decision, and though it had a rough outcome, I was reminded that sometimes the right thing is also the hardest.

Geralt can be a little rough around the edges, and I really like that about him. His monotone voice, though strange at first, makes him very unique in a world where most games have voices that are completely overacted and ridiculous. He seems calm, cool, and collected all the time…even when he’s so mad that he’s killing a bunch of bandits for hurting someone that he loves. And, oh, speaking of love, there is so much heart in this game that it’s hard to describe. The entire central plot revolves around your search for Ciri, you somewhat “adopted” daughter, with your two previous love interests; one, Yennefer, who is more of a mother figure to Ciri, and the other, Triss, who is like an older sister. It’s strange, and it puts you in a tough decision once more as you must decide to choose one, both, or neither. And just a word of wisdom; choosing both is not going to end well.

The list of characters in this game is endless, and their dialogue is often deep and well-thought out but also incredibly humorous. Once again, the heart and believability that this game contains is through the roof. Each seemingly small sidequest with take you on a journey; some small, some not-so-small. But the key thing to remember here is that every single little quest has a purpose, a journey, a story. There aren’t many “go here, kill this” type missions without a bigger meaning. It’s beautifully intricate and all-encompassing. 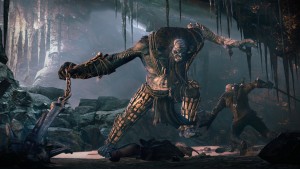 Here we are, 1,200 words in, and not even a mention of the graphics. Once again, WOW. The game is gorgeous. Gorgeous to the point that you could look outside on a beautiful summer day and decide, “you know what, no. The Northern Kingdom is nicer. I’m playing The Witcher.” The voiceovers are all done with real mouth articulation, and their body movements and had gestures are both believable and fluid. I played this on my Xbox One, and over the course of the entire game I only experienced TWO glitches in which the game was unable to move past and one instance of lag, which was not during an intense battle sequence, but for seemingly no reason at all. For the time invested in the game, I would say that’s an incredible achievement for the developers. I never had any save issues, no corrupt files, and no crashes. The game played and looked flawless on my console.

The fighting system is more or less hack-and-slash, but it’s interesting, still. You may employ the use of bombs or a crossbow, as well as special Witcher abilities, such as influencing one’s mind or shooting a burst of fire at an enemy. Each enemy has their own weaknesses which you can exploit by reading about them in the bestiary. You may apply oils to your blade and use those as well. You are given two types of swords in which you have an endless array of; one, a steel blade for humans, and two, a silver blade for monsters. Both are able to be slotted with runestones to give a certain added effect. The same goes for the armor sets, in which they are interchangeable and upgradable through the runes. 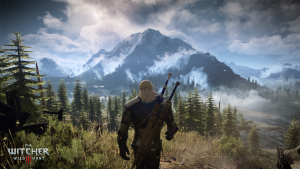 I’ve heard much talk about the difficulty of the game, stating that it’s basically a walk in a Witcher Park, but I found that only to be true once I got past level fifteen. Before that, a level ten monster would have been able to wreck me…and they did, quite often. Still, I soldiered on through the harder difficulties because I wanted the challenge. The world in which Geralt lives is a rough, dangerous place, and I was not about to take any shortcuts to change that.

All in all, The Witcher lll: Wild Hunt is one of my new favorite games. With recent disappointments such as ESOTU, this game could not have come at a better time. I’d like to write more, but the DLC, Hearts of Stone, is calling me. Buy this game. You will love it.

10/10. The Witcher lll is near perfect in all aspects. It’s sure to be played by me multiple times over…a new classic.

The Best BAMF’S in Comics