The Witch (2016) is an Artful, Modern Day Folktale Roger Eggers’ The Witch is one of the most talked about horror movies right now, and it has been for... 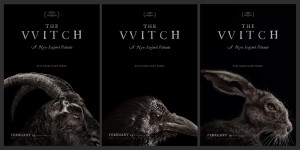 Roger Eggers’ The Witch is one of the most talked about horror movies right now, and it has been for a while. Ever since its debut at Fantastic Fest in 2015, viewers have been raving about the film, praising it for its realism and the sheer volume of terror that it is able to produce. With so much praise, it’s safe to say that this has been one of the most anticipated movies in years without exaggeration. So how does it hold up to such grandiose claims?

Surprisingly, very well…which is saying a lot. When someone says that a movie is as terrifying as 1980’s The Shining, it’s pretty much second nature to roll your eyes at the prospect. Sure, there have been many movies after Stanley Kubrick’s masterpiece that have completely scared the wits out of horror fans since its release, but not many have been able to capture the same sense of dread and hopelessness as The Shining. However, in The Witch, feelings of dread and hopelessness are the only things that are to be found. Make no mistake; that’s a good thing.

The film follows the story of a family in exile from a New England town in colonial America due to their failure to conform to the religious beliefs of the unnamed town. In a stubborn commitment to his own personal views of Christianity, the family’s patriarch, William (played by Ralph Ineson) forces the family to live on a tiny farm surrounded by a mysterious forest. While in the care of their eldest daughter Thomasin (Anya Taylor-Joy), the family’s newborn goes missing and the farm begins to fail, causing distress and paranoia amongst the whole family, especially between William’s wife Katherine (Kate Dickie) and Thomasin. The family soon finds out that their misfortune is at the hands of, you guessed it, a neighboring witch in the woods.

The film starts out with a palette of colors spanning from gray to…well, grayer. From the beginning until the end, The Witch is an incredibly dreary venture into depression and anguish. There is not a shred of humor in this dark tale; it’s an intense, deep study of dread, represented in part by the color of the sky. The entire film is shot in a way that conveys a very moody tone, which strays from the contrasting approach that many horror movies take. Instead of having the film start out with vibrant, happy colors, The Witch begins on a depressing note, with the family being condemned to exile over a near-perfectly scripted hearing. 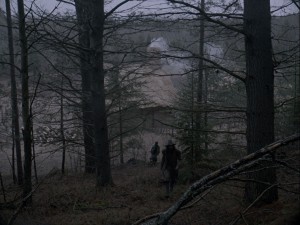 Which is one of the works of wonder that The Witch is able to produce; the dialogue is historically accurate, and although it may be hard to understand at times, comes off as completely believable and not a bit forced. The same can be said about the wardrobe selection for the cast and the property in which the family settles into. The cast, most notably Ineson, Taylor-Joy, and Harvey Scrimshaw who plays the second-to-oldest son Caleb, are absolutely astounding in their roles. The tension and the agony in which the family has to go through is palpable and heart-wrenching at times, which was achievable only through their talent. Like the movie or not, there isn’t a thing about it that isn’t believable. Regardless of your feelings on the authenticity of the existence of Witches in the 16th century, during the 90-minutes of the film’s runtime, you will be a believer.

Speaking of the runtime, I’ve heard many say that the film is a “slow burn”, which, more often than not, is a word that is used to defend a movie from accusations of being boring. Unfortunately, this may be The Witch’s only sin; it does get a bit boring, making it feel much longer than an hour and a half. Though it is masterfully made and wonderfully scripted, the plot lags a bit in between scenes of pure, unadulterated terror. Call it a slow burn, call it what you will, but I’ll be honest and call it a bit boring at times, which is a shame because the parts that are scary are very scary. The movie builds and builds in tension up until the third act when the terror really starts to mount, but then ends abruptly, making the dullness of some of the scenes a bit less forgivable. When things started happening, I became entranced, ready for the film to push even further into nightmare territory, but it ends abruptly on a quiet note.

While I may be burned at the stake for that last paragraph (corny, I know, but it fits), I’d be lying unless I admitted that. The film truly is a beautiful work of dark art, with scenes so chilling that you’ll be thinking about the film late into the night, but there were times when I just wanted to feel more engaged with the film. There are those who will argue with me about this to the death, and I completely understand that. For some people, I can absolutely see why the film is a masterpiece; it’s believable, horrifying, and meticulously crafted. However, it most definitely will not fit with everyone’s tastes, and for those in the mood for cheap scares and vivid imagery, I’d recommend that you skip this film. On the other hand, if you’re looking for 90-minutes of realistic and insurmountable dread, then The Witch is sure to deliver. 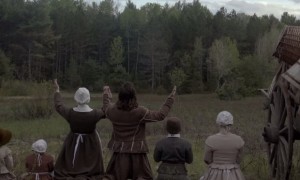