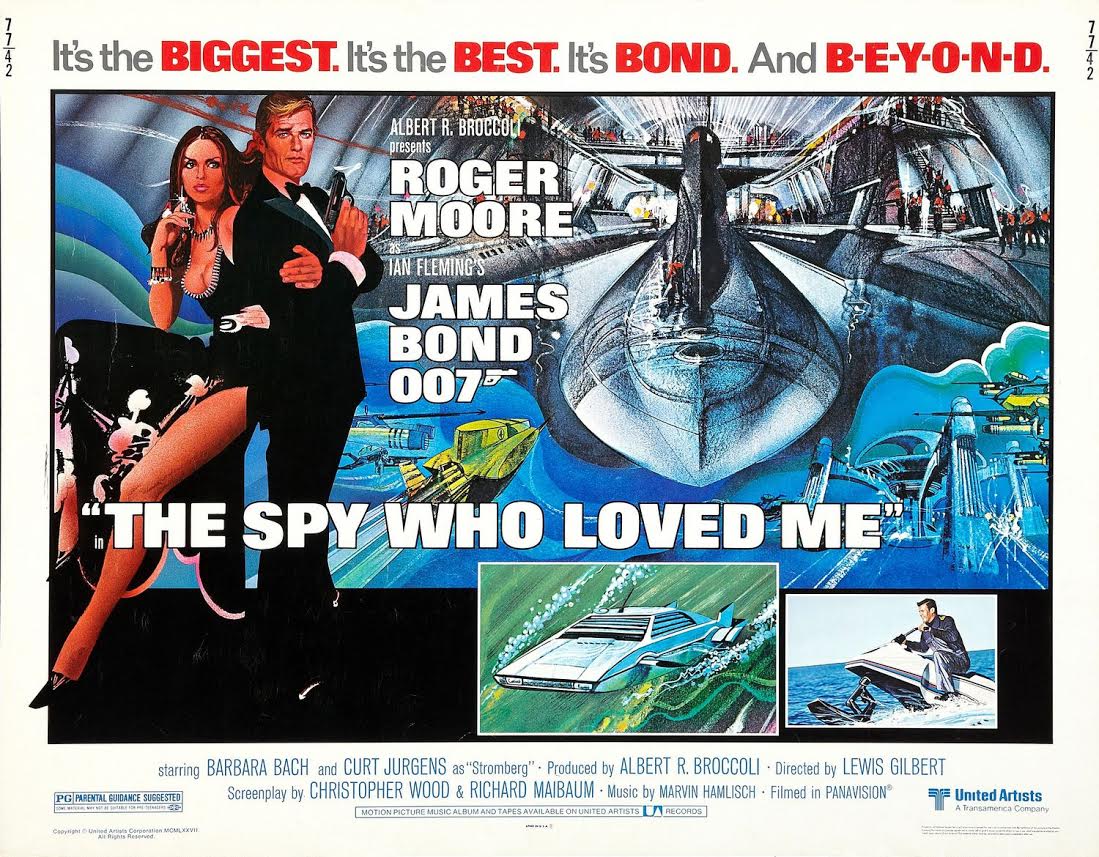 The Spy Who Loved Me has not aged well. At least not as well as some of the earlier Sean Connery installments, especially his first three outings — Dr. No, From Russia with Love, and Goldfinger — which remain absolute classics. In comparison, The Spy Who Loved Me, a movie that arrived 15 years after the very first Bond film, feels kitschy. Watching it today, in the era of super serious Bond, The Spy Who Loved Me almost feels like a parody — like Peter Sellers and Woody Allen are going to pop out from behind a curtain at any second. 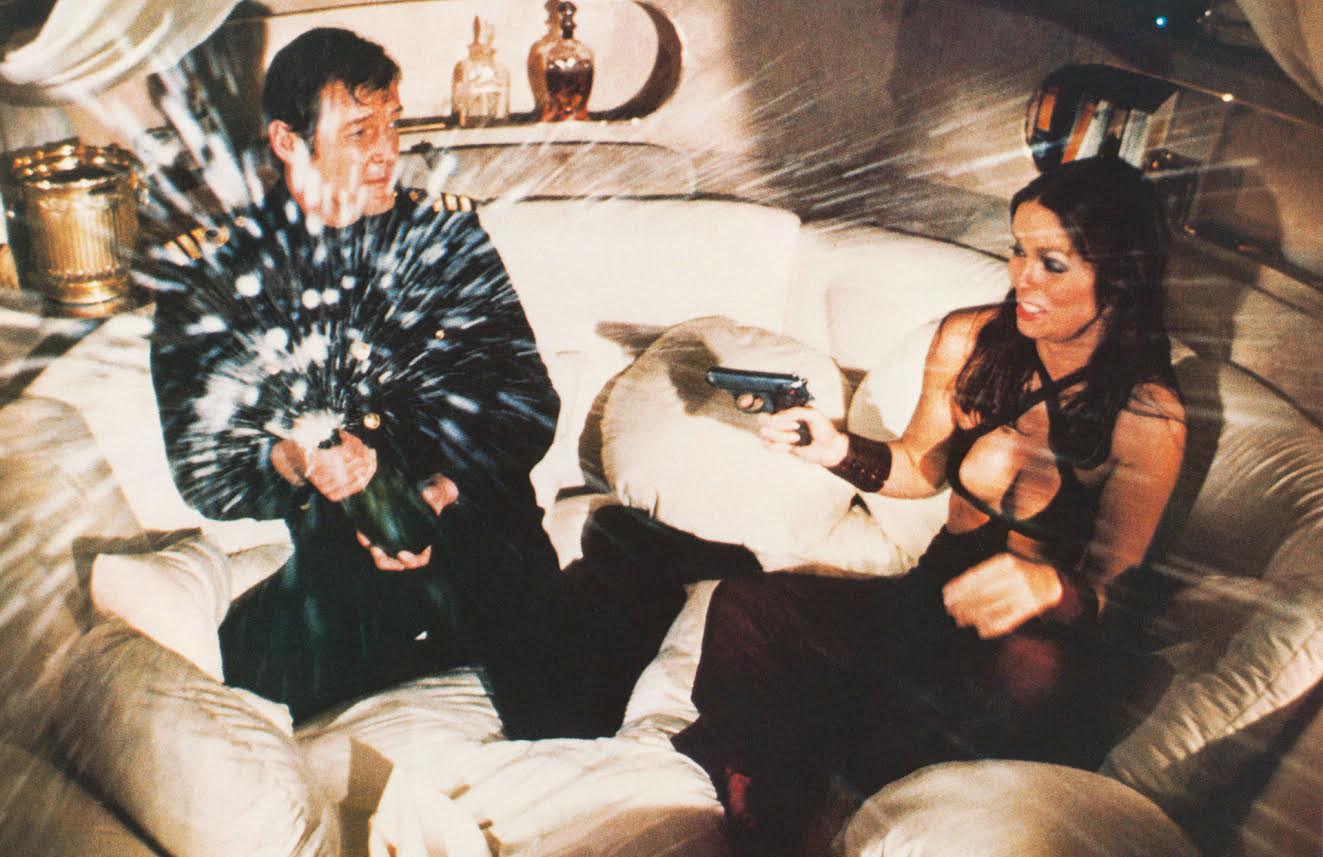 This was the late Roger Moore’s third installment as 007, and it feels a bit different than his first two outings. Moore seems a bit more comfortable in the role — comfortable enough to play the character a bit more lightheartedly and deliver a bit more humor. Director Lewis Gilbert, who also directed You Only Live Twice and Moonraker, might have had a hand in Moore’s portrayal, though. 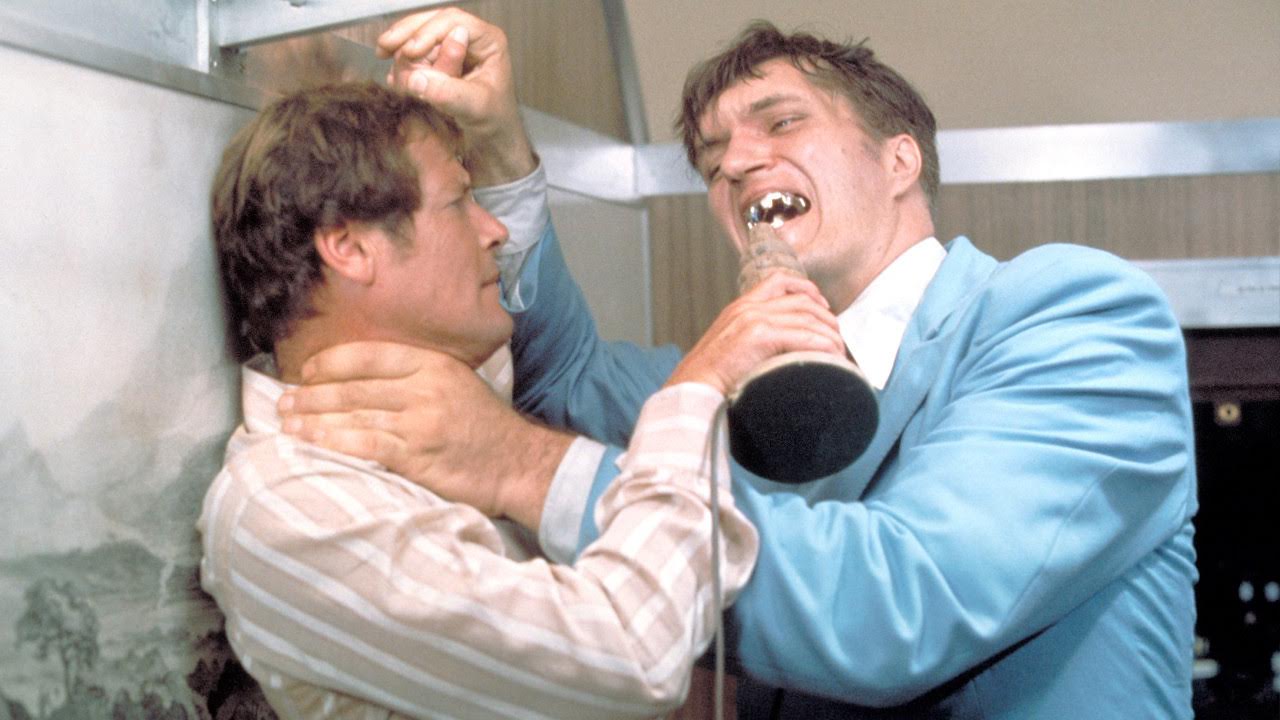 Gilbert felt that Moore’s earlier outings were too like what Connery had done in the ‘60s. The director instead sought to make Moore’s Bond a bit more like the character in the original Ian Fleming books. Gilbert wanted Bond to be “very English, very smooth, [and have] good sense of humour,” which is perhaps the reason why Moore spends so much of the movie delivering painful one-liners. 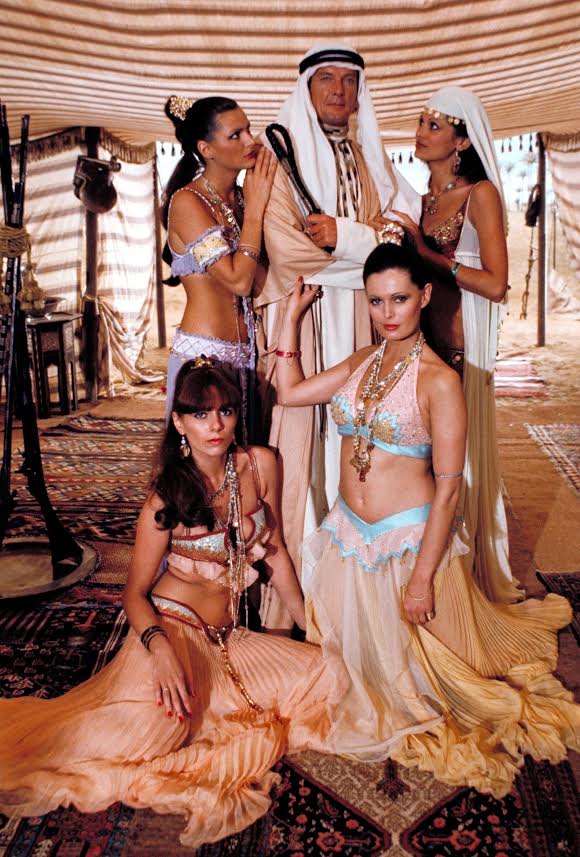 Producer Albert Broccoli commissioned several writers to work on the script, including big names such as John Landis (An American Werewolf in London) and Anthony Burgess (A Clockwork Orange). Can you imagine what a Landis or Burgess-penned Bond flick would have looked like? I can only dream. Eventually, the legendary Richard Maibaum, who had his hand in writing 13 of the Bond films between Dr. No and License to Kill, returned to develop the story. 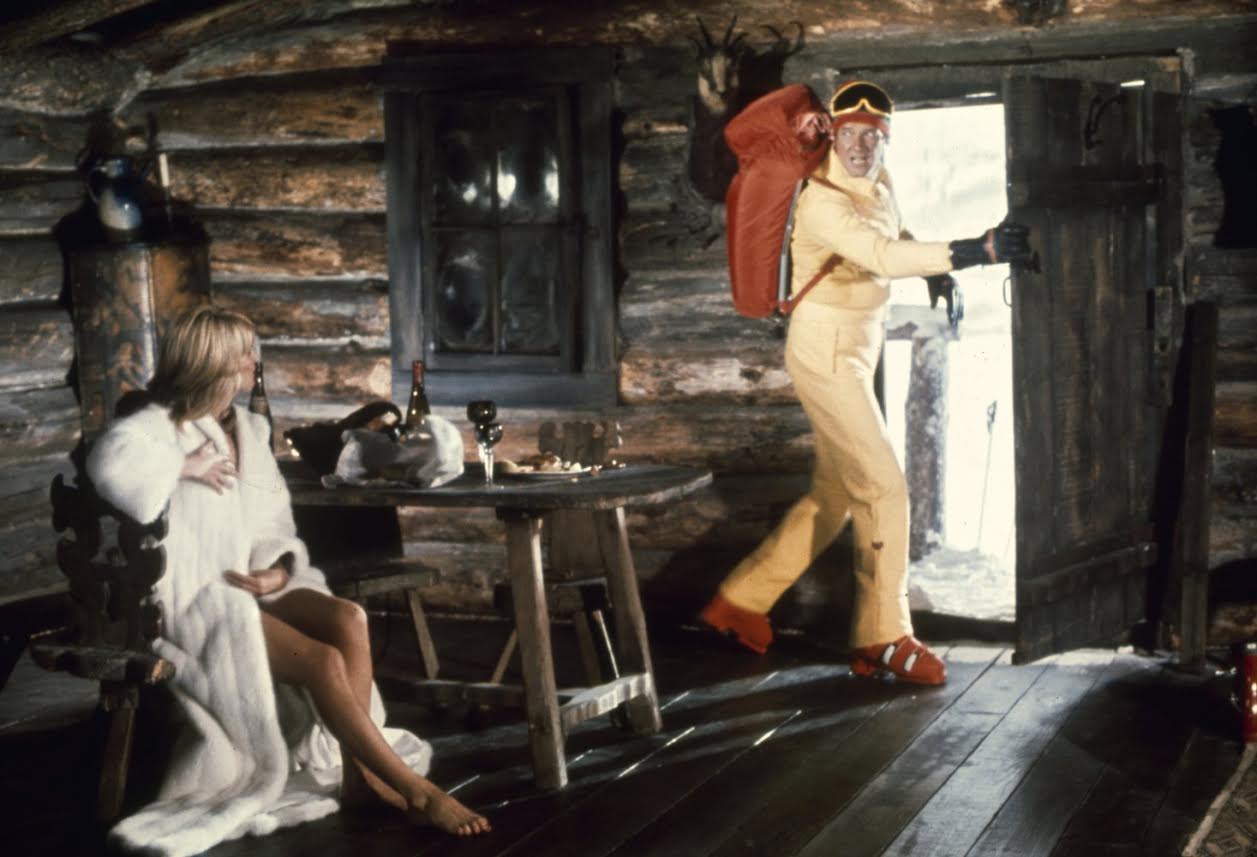 In Maibaum’s script, a group of international terrorists attack SPECTRE’s headquarters and take down Blofeld. They then hatch a plan to destroy the world and rebuild it as a new world order, which is not unlike the eccentric tycoon Karl Stromberg’s plan. Due to legal disputes, Maibaum’s SPECTRE idea had to be shelved, and Gilbert brought in Christopher Wood, who would go on to write Moonraker, to pen a new version of script.

Interestingly, Gilbert and Wood retread old territory with The Spy Who Loved Me. Gilbert’s previous Bond film, You Only Live Twice, also involved a plot to spark a war between the United States and the Soviet Union. Bond’s infiltration of SPECTRE’s heavily fortified island in You Only Live Twice also feels quite a bit similar to the scenes on Stromberg’s supertanker at the end of the movie. Gilbert would use the same basic plot of The Spy Who Loved Me again for Moonraker, which features a megalomaniac who also wants to destroy the world and create a new world order.

Here’s another fun fact about The Spy Who Loved Me: Stanley Kubrick had a small but vital hand in the production. Due to cinematographer Claude Renoir’s deteriorating eyesight, Kubrick paid a secret visit to the 007 Stage at Pinewood Studios to help light the supertanker scenes. Kubrick’s involvement remained a secret for many years after the release of the film. 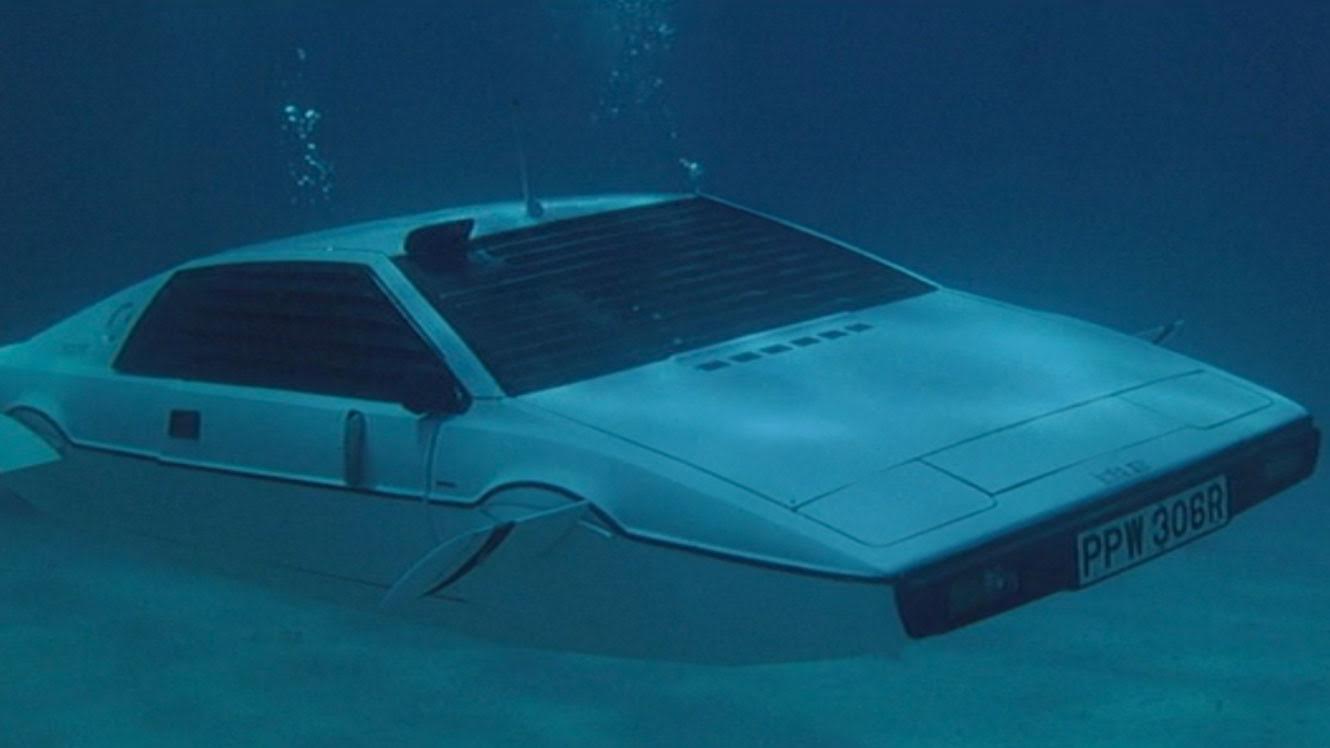 I have to say that the most interesting part of The Spy Who Loved Me is the zaniness of Stromberg’s plot to create a new underwater civilization. It honestly doesn’t make much sense, but it’s in perfect character for the very strange Stromberg, who is played by German actor Curd Jurgens with relish.

Stromberg’s actually not in the movie a whole lot, but when he is, it’s impossible to avert your eyes. There’s his little, dopey control panel that activates his dumb elevator death trap as well as the painfully fake viewport that he uses to watch sharks maul his secretaries. And who can forget the unintuitive torpedo gun he tries to kill Bond with in the climactic scene? The fact that Stromberg dies over a plate of chilled oysters brings me so much joy. The effort this movie makes to show how much this psycho loves the sea is hilarious. It’s unfortunate we never see him don a scuba suit and go for a swim.

Part of what makes Stromberg so irresistible is that it’s not so farfetched that an isolated millionaire would come up with such a ridiculous plot to take over the world. It’s like if Elon Musk launched SpaceX in order to breed his own race of superhuman Moon people. Stromberg’s clearly been at sea a little too long and we definitely love him for it.

Stromberg’s henchman, Jaws (Richard Kiel), is actually terrifying, though. Perhaps only challenged by Goldfinger’s Oddjob for best henchman of all time, Jaws is the most enjoyable presence in the movie. So enjoyable that he returned in the next installment, Moonraker.

Jaws brings a sort of horror element to the film. There’s no mistaking his vampiric qualities, such as his preferred execution method (slowly biting down on his victim’s neck) and his implied immortality. The fact that this juggernaut works for someone as loose in the head as Stromberg is beyond me, but I’m so glad he’s in this movie.

His demise is a bit of a gag — the giant magnet that takes hold of his metal teeth before he’s dropped into the shark tank — but still really enjoyable. Watching him bite into that shark, blood spewing out of its side, is particularly gruesome for a Bond film. Yet, there’s nothing quite as scary as watching this giant running towards the camera or popping out of Anya’s closet on that train. He’s by far this movie’s most versatile character.

Speaking of Anya Amasova, here’s another missed opportunity to bring a different type of Bond girl to the screen. While “Triple X” is supposed to be one of the KGB’s top agents, she is relegated to damsel almost immediately. She’s pretty good with disguises and the sneaking around, but when it comes to the fighting, that remains James’ territory. I would’ve really enjoyed watching Anya best James in combat or at least truly get the better of him in the end. 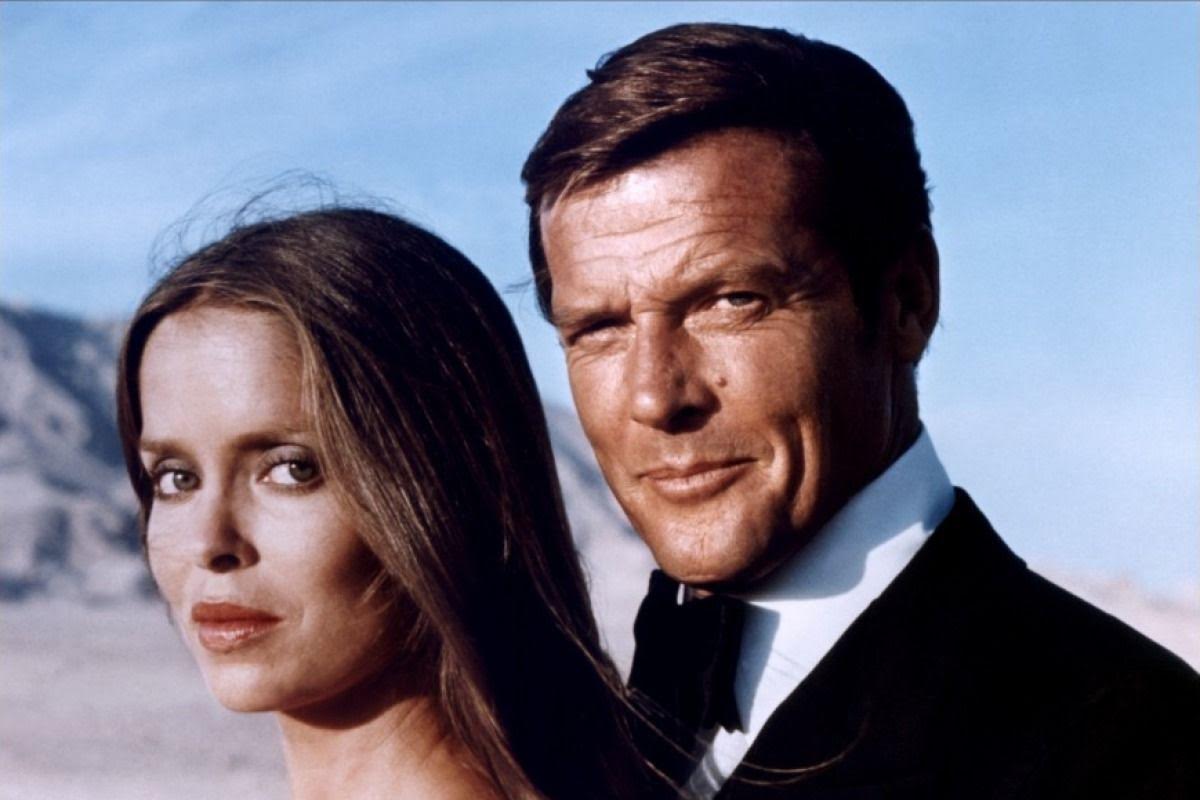 The ending in the escape pod is particularly difficult to swallow. After James saves Anya — again, she’s kidnapped and unable to escape on her own, although she’s a top Russian agent billed as Bond’s equal — they board a luxurious escape pod. James being James decides to open a bottle of bubbly, leaving his gun unattended — that in itself is a really convenient blunder that’s so out of character it hurts — and Anya takes the opportunity to snatch the pistol and exact her revenge on 007, who killed her lover in the ridiculous skiing action sequence in the cold opening of the movie. But instead of pulling the trigger, she just smiles and kisses James because she FORGIVES him.

It really feels like The Spy Who Loved Me betrays the confrontation it’s been building up to the entire time: a showdown between James and Anya that ends in one of their deaths. It’s conflicting because enough women have died in these movies, including Stromberg’s poor secretary, yet it seems like the logical conclusion. Anya’s owed a big climactic scene. She’s supposed to be a badass, but she just ends up pining for James anyway. What should almost definitely be tragedy ends with a joke delivered by James as he makes love to Anya in front of both of their bosses. Anything else would have been too serious for this particular installment.

Still, The Spy Who Loved Me is at its very worst when it’s trying to be funny. Moore’s ham-fisted one-liners are really, really bad (“All those feathers and he still couldn’t fly,” for example), and after a while you totally see them coming. Every time a henchman dies, that’s Moore’s cue to deliver an awful joke. Hey, these might have been really funny in the ‘70s. I think I just prefer Connery’s poshness and double entendre.

Perhaps The Spy Who Loved Me’s most lasting legacy is how much 2002’s Austin Powers in Goldmember aped from it, including the underwater base and the tank full of sharks (albeit the “friggin” laser beams on their heads). Comedian Mike Myers certainly saw the humor in Gilbert’s vision. It’s a bit ironic that The Spy Who Shagged Me doesn’t take more from The Spy Who Loved Me beyond the title. 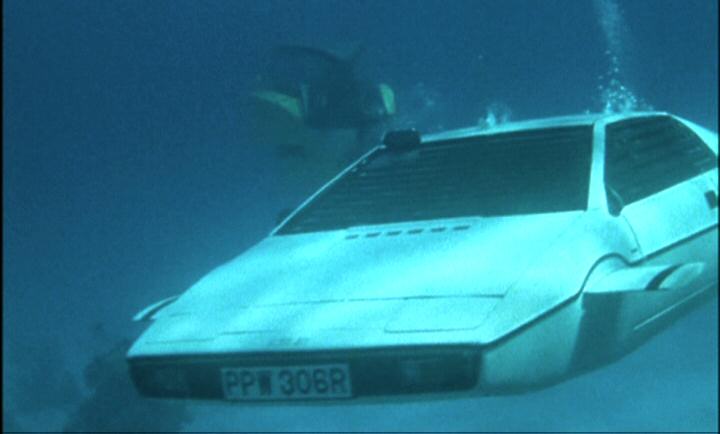 I can’t say The Spy Who Loved Me is one of my favorite Bond films, but it is one of the most entertaining to talk about. It’s campy, funny when it’s not trying to be, and features a host of colorful characters that make the movie a whole lot of fun at times. Certainly, it’s one of Moore’s better outings.