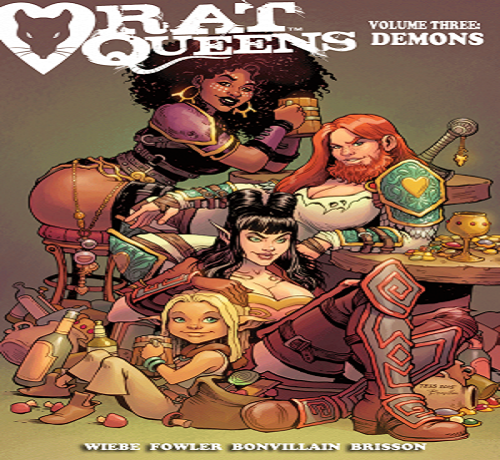 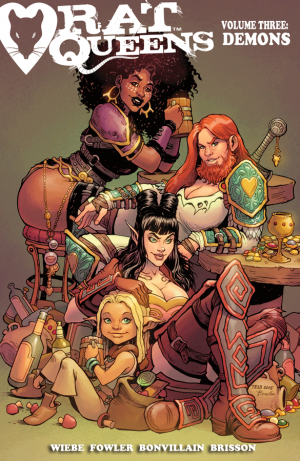 For the uninitiated Rat Queens is an Image comic written by Kurtis J. Wiebe that’s basically an all-female badass D&D campaign. If high fantasy, swearing and copious references to fantasy creature drug use, amuses the fuck out of you, so will this comic. The first two volumes were violently funny, and the third volume Demons continues that trend. Artist Roc Upchurch has been replaced by Tess Fowler after he admitted to domestic violence. I along with other fans and even Fowler herself assumed that Upchurch had been replaced for good. According to some tweets from Fowler on May 14th, Upchurch will be returning to his role. It’s something this reader has mixed feeling about, but many others on Twitter have already declared that they will be dropping this series from their pull list. 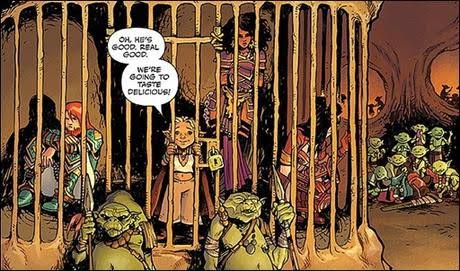 Fowler had a tough job; it’s not easy to come into an established comic and have the art remain faithful to the original while also showing the artist’s unique style. I found Fowler’s art to be crisper than Upchurch’s which I appreciated, but the Rat Queens themselves still looked just like they used to. My only real complaint with Fowlers art was the amount of crying the Rat Queens seem to be doing. It’s not that the ladies are whipping out the tissues at every moment it’s just not something I’m used to seeing them do. I went back and looked at the other two volumes and members of the Rat Queen’s cry exactly twice. In volume three there are six different cry scenes, that’s almost once a comic. While some of these tears seem justified, others seem excessive. It’s not like the Rat Queens are suddenly crying at every turn, there’s a lot of emotional conflict in this book, but it would still be nice if we could have portrayals of women dealing with heightened emotions without tearing up. It seems especially wrong for warriors such as the Rat Queens.Again to be fair to Fowler, there’s a lot of heavy emotional shit going down in this volume. 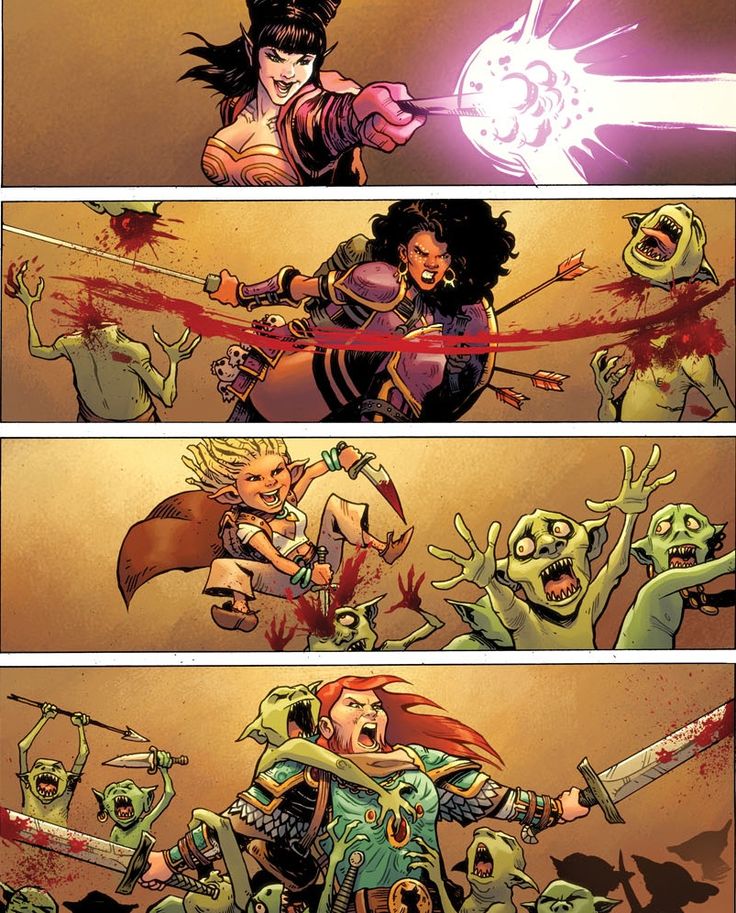 While the Rat Queens do have their share of meaningless battles with tiny goblin-like creatures and a dragon, they’re also fighting themselves. Hannah has been called home because her father is in some trouble with heads of the Mage University and her teammates have come along for support. When they arrive, there’s trouble for everyone and nothing is as it seems. The writing is full of swearing and jokes, but the arguments between the Rat Queens falls a little short. Hannah and Betty are both hiding something, but Hannah’s secrets cause a pretty nasty split between the women that isn’t resolved in this volume.
This trade wasn’t my favorite but I will be buying volume four whenever it comes out. Rat Queens had been a violent pallet cleanser for me after reading more emotionally heart-wrenching comics like Saga. I don’t mind that Rat Queens is exploring a narrative with more emotional depth than its usual smash the monster motif, it just took some time to get used to it.
Overall I’d give this volume a 4 out of 5.

Editors Note If you would like some original Rat Queens Volume 3 Art head over to here, Tess Fowlers Storeenvy Store.