Despite the unanimous disdain by most critics, The Mummy really wasn't so bad. 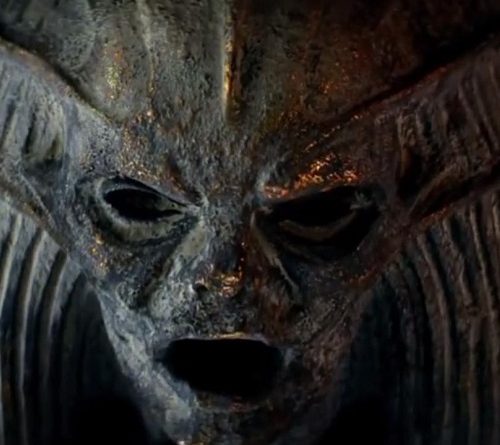 I’m going to cut to the chase, because I know there’s only one real reason you came to this article. You want to know if The Mummy is good or bad. This is a strange case. Most going into the film already have a preconceived notion. It seems like many want the film to be a trainwreck – though, with the price of a movie ticket these days, that is something I can’t wrap my head around. So here it is: The Mummy is not even half as bad as most critics are making it out to be. Not even a quarter as bad.

Look, every aspect of the story is about as deep as a kiddie pool. The viewer will have no reason to like any of the characters besides basing it on how much they like the previous works of each actor. If you like Tom Cruise, you’ll like his character. If you like Russell Crowe or Jake Johnson, you’ll like their characters, too. And if you like the idea of the titular mummy being a woman, you’ll like her. If you have a problem with the choice of gender – which seems to be an issue, for some reason – there will be nothing to sway your opinion. Your mind is mostly made up on these things, and Alex Kurtzman’s vision of The Mummy doesn’t really care.

Kurtzman’s big budget monster movie is much more concerned with beating the viewer senseless with loud noises and larger than life special effects. The characters are more or less placeholders; their personalities and motivations are paper-thin. This character’s a jerk – but he’s also good! This one’s mean, but he’s also a little nice. And you know what; make them all funny! They can all crack jokes. Every single one of them. Why not? Who cares? Look, can someone please blow something up already? It’s been three minutes without an action sequence. I’m getting impatient!

There are movies where character development is everything, and then there are movies like The Mummy where it really doesn’t matter. Go back to the classic Universal Monster films and tell me about the depth of any of those characters. Please show me where the story went deeper than “the monster was just understood” and I’ll take everything back. But that won’t happen because that’s exactly what those films were like. For the time, they were big, dumb monster movies. Regardless, they were fun. Just like this movie.

Sofia Boutella does a fine enough job in the title role, and the special effects, though almost all CGI, looked great. Though I enjoyed her character’s design, I found that the secondary monsters – the one Boutella raises from the grave – looked even better. Their movements looked jangly and demented, just as one would expect for something weathered yet reanimated. In an era where CGI has become an artform in itself, it is getting increasingly harder to have such disdain for it as I once did. Oh, how things change. Throughout the movie – which was maybe only about twenty minutes too long – I found myself laughing at the corny jokes and excited at the tension, forced as it was, bombarding me throughout the whole film. I only cringed at the dialog once towards the end, and for a movie that’s garnered a paltry %17 as of today on Rotten Tomatoes, I would say that’s pretty impressive.

Here’s the thing. The world is a very messed up place. The news, unreliable as it is, makes sure that we know that. Every day there is a new and horrifying issue. So if a movie, dumb or not, can make us forget about all that stuff for even a little bit, where is the harm? We’ve begun to take our films way too seriously. Most of us take what the critics say and hold them as facts. This movie, without a doubt, will be a guilty pleasure for many.

I went to see The Mummy on an early showing during a weekday. There were about three people in the theater besides me. On the way out of the movie, I held the door for a man walking behind me because that’s just what I do. This prompted a bit of conversation from the man.

“That was alright,” he said, sounding a little bit guarded. “Nothing I didn’t expect.” This made me laugh a bit. Why?

Because all three people behind me in the theater were laughing unironically and having the time of their lives the entire movie. Just alright, my ass. Bring on the Dark Universe, I say. I could go for more of this! The Mystery of the Button