The Last House on the Left is a vicious movie. In fact, I’m not sure even the modern age of gory torture porn ushered in by movies like Saw, Hostel, and The Human Centipede could quite stand the enjoyment with which four psychopaths rape and murder two teenage girls in the woods. The legendary Wes Craven’s first feature film is a brutal look at the sexual freedom and the teenage rebelliousness of the late 60s and early 70s. In the cruel world of Last House on the Left, the punishment for main characters Mari and Phyllis’ sexual liberation, such as not wearing bras and dreaming about boys, is a bloody fate worse than death. 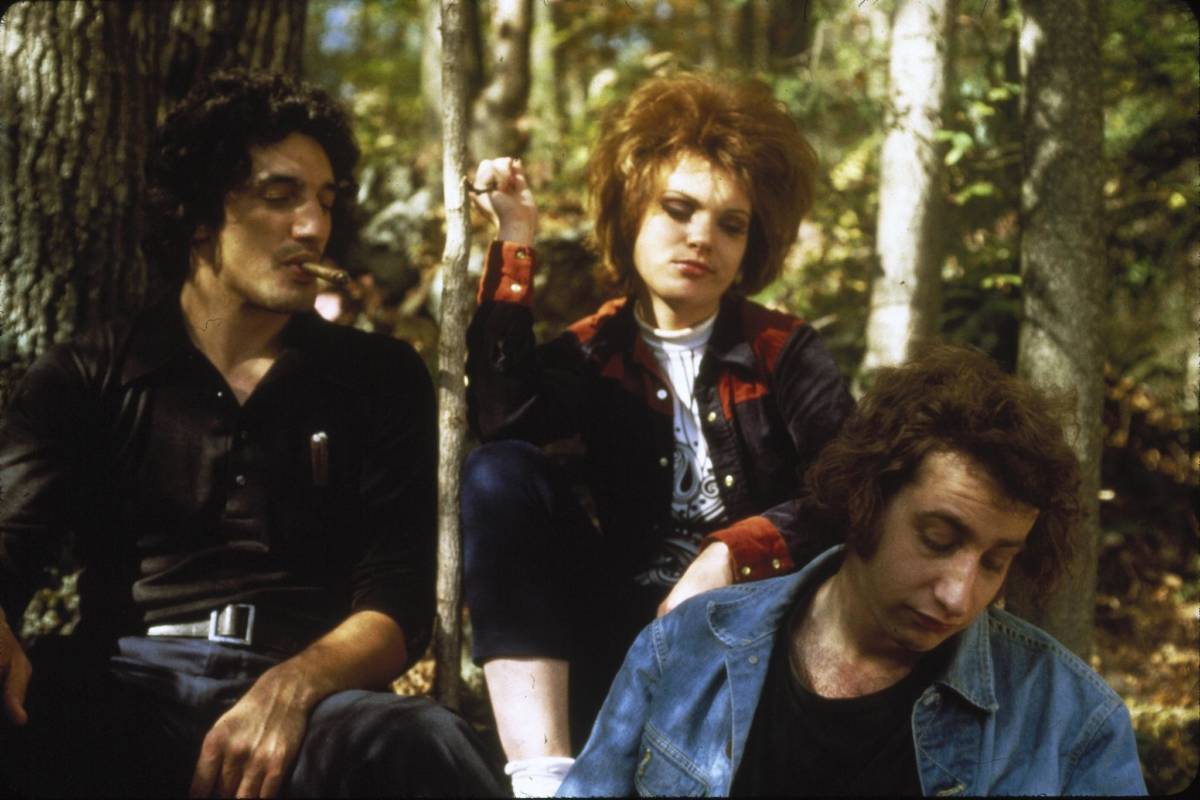 Craven’s camera is overwhelming from the very first shot, as he focuses in on Mari first in the shower and then in the intimacy of her bedroom. She’s naked, her breasts exposed for the camera.The director wants to sexualize her, and later when Mari has an argument with her parents about not wearing a bra under her shirt (a pretty vulgar conversation, actually, that made me cringe) Craven wants to show that this teenage girl also enjoys the eye of the beholder. Mari’s character isn’t so much interested in her inherent freedom from the patriarchy as she is looking sexy for the boys at the concert she’s going to attend with Phyllis. 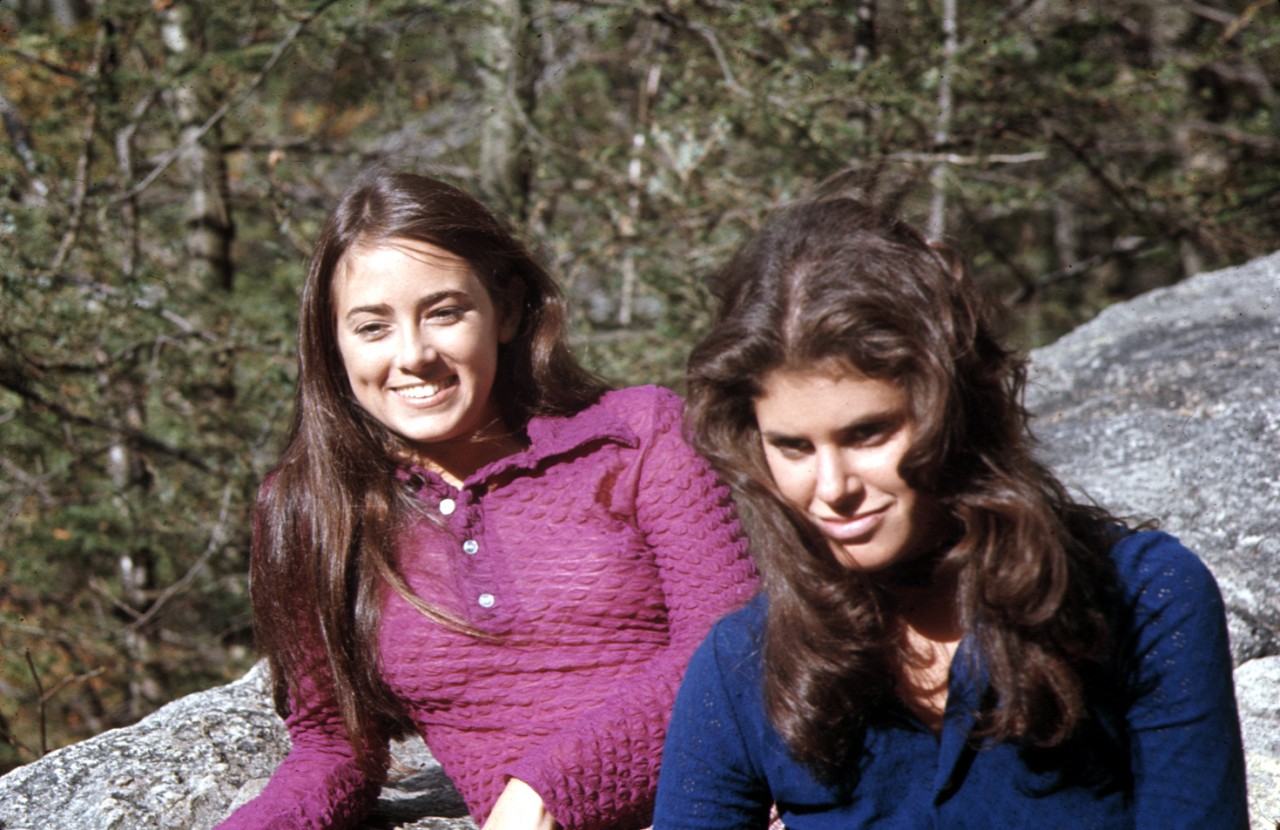 But in this movie, Mari and Phyllis never make it to the concert.

I have to admit that I’ve never had a stomach for Craven’s earlier helpings of vicious horror. The Last House on the Left and The Hills Have Eyes feel like they were created to punish their audiences with copious scenes of brutality. These are just two of his many classics, of course. The first Craven movie I ever watched was Scream, the seminal 1996 deconstruction of the slasher film, a genre the director helped solidify in the 80s with A Nightmare on Elm Street (another film I don’t particularly love). One of his more underrated films, Red Eye, starring Rachel McAdams and Cillian Murphy, might actually be my favorite. Red Eye is sort of a combination of slasher and action movie that features many of the staples of the culty horror subgenre while constantly pumping the adrenaline at 20,000 feet. It’s really well done. 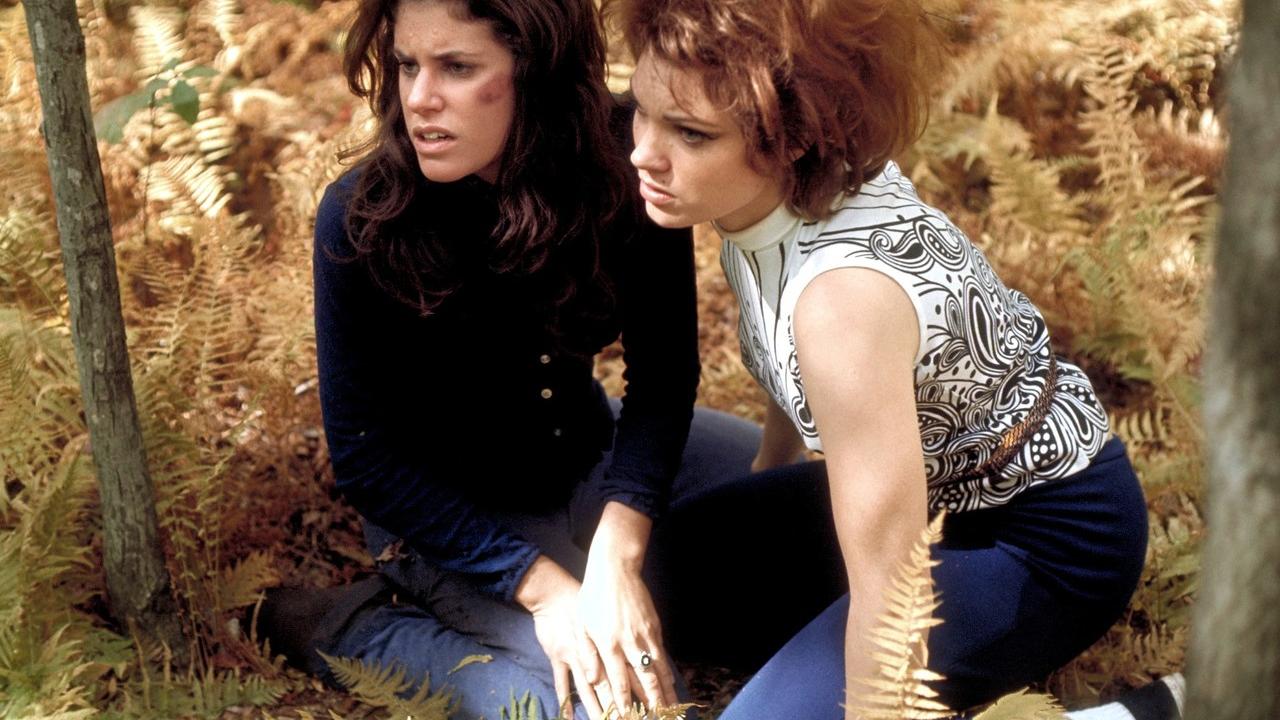 There’s a point to the above tangent, and it’s that I’m not the intended audience for something like The Last House on the Left, a torture porn exploitation film that takes its time with its victims. If anything positive can be said about this movie, it’s that it perfectly captures the patient madness of the sadistic villains. The process of raping and murdering these two teenage girls is agonizingly slow. I covered my eyes, I cringed, I gritted my teeth at the sight of Weasel’s switchblade cutting through teenage flesh. Craven intended to make a harcore film and he succeeded. I’d almost call The Last House on the Left a snuff film.

The scenes in the woods, where the maniacs — Krug, a rapist; his son Junior; Sadie, a sex-crazed psycho; and Weasel, a child molester — take Mari and Phyllis to finish them off, are made all the more unbearable by the way Craven insists on adding slapstick humor and levity to the rest of the film. It’s apathetic. Sociopathic.

Craven brilliantly juxtaposes the disgusting proceedings on the screen with an upbeat soundtrack that you could almost call carnival music. It’s almost as if Craven meant to capture the minds of these killers through the surreal quality of the music. What is the horrific death of two teenagers is a fun day in the woods for the monsters. (Fun fact: David Hess, who plays Krug, was actually the person responsible for composing the music. You have to imagine that he would know first hand what kind of music might be playing in Krug’s head as he forces the girls to hit and rape each other.) 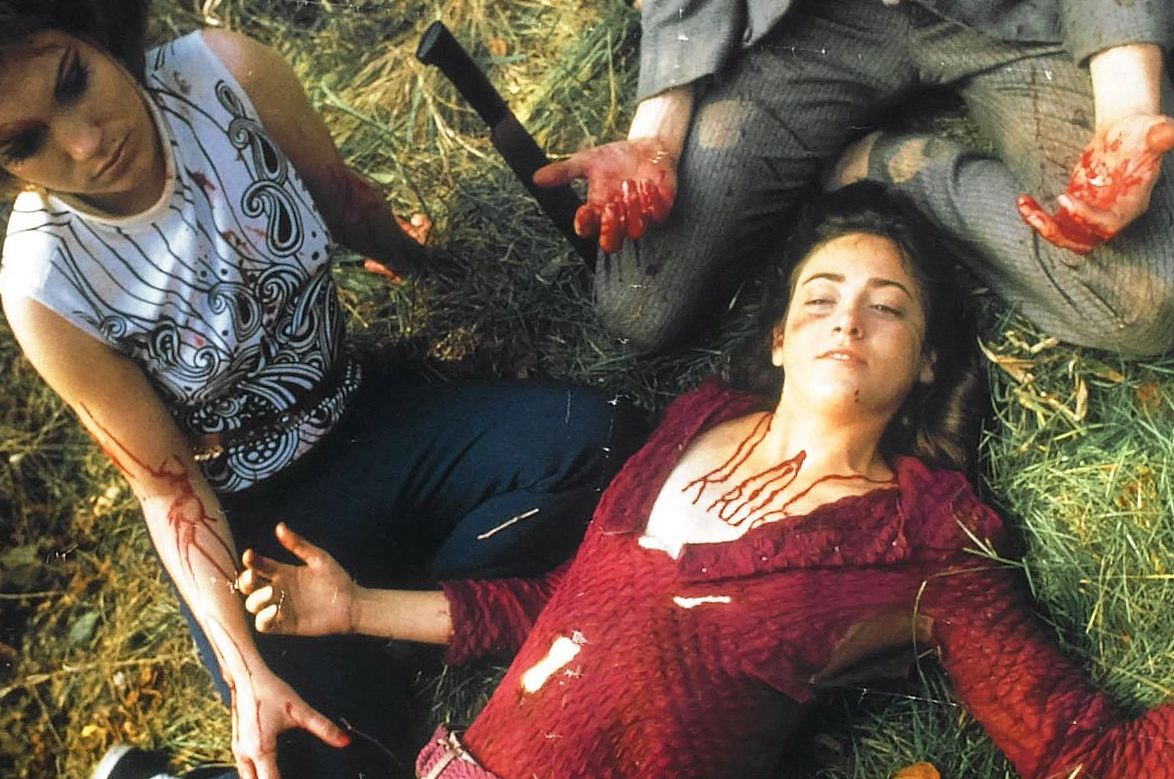 Craven also includes scenes featuring two bumbling cops who spend the movie trying to catch the bad guys, but face increasing obstacles on the road. At one point, their patrol car runs out of gas and they’re forced to hitchhike. Craven takes the camera away from the murders in order to show that he has no love for the cops, who have a hard time finding someone to give them a lift. The director has a lot of fun with these particular scenes, which feel like they belong in a Woody Allen movie (particularly Bananas) as opposed to a horror film.

Even Mari’s parents seem chipper at first. Despite the fact that they are worried about their missing daughter, they continue to dismiss the fact that she might actually be dead until the moment her murderers fatefully show up at her door. The world has a painful indifference to the death of these two teenagers. To all of the deaths in the movie, in fact. Murder just seems to beget murder in Craven’s twisted world. 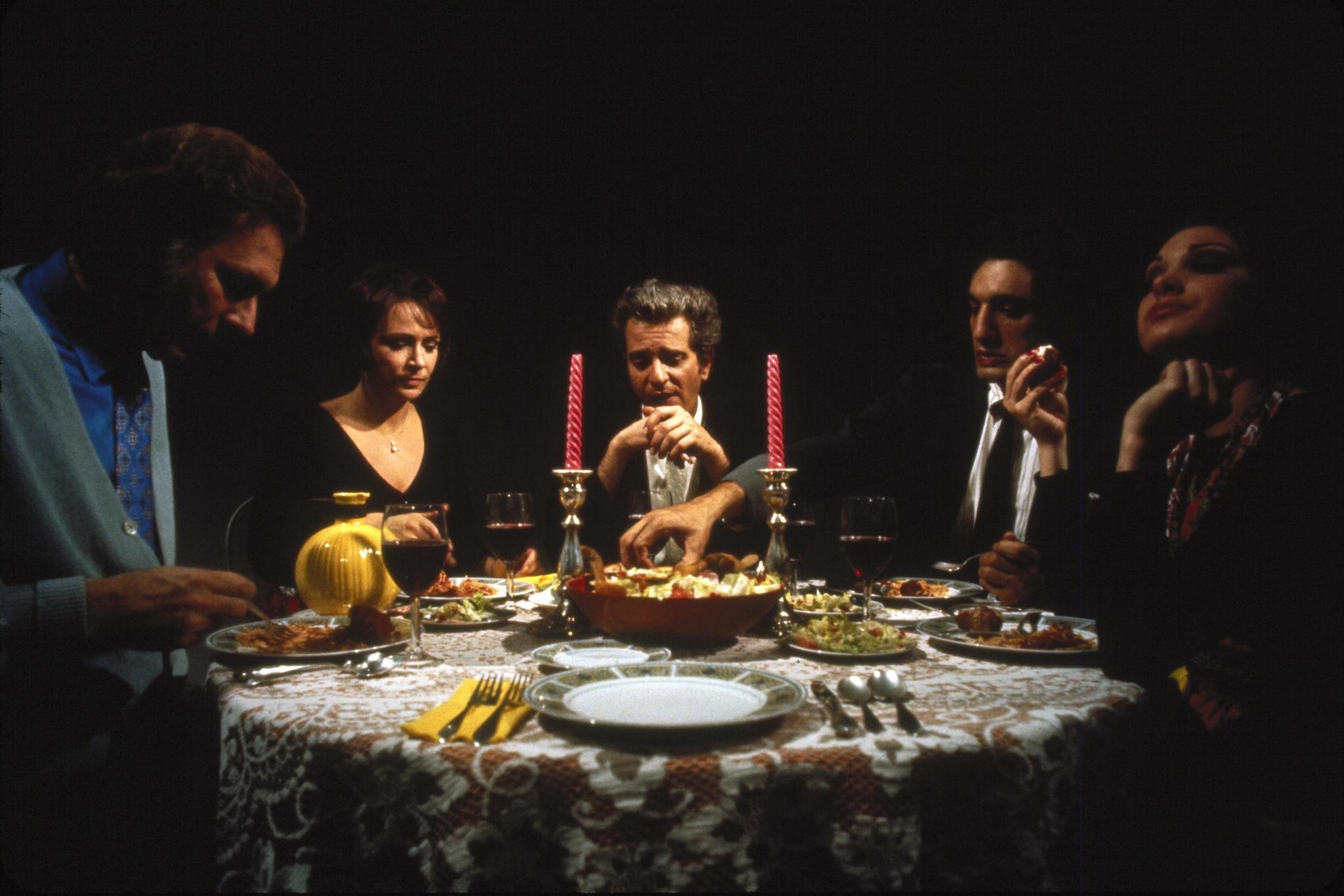 Craven buttons things up pretty quickly in what is actually a breezy horror movie in terms of runtime despite the fact that it feels like it takes forever due to the violent images. By the time Mari’s parents have planned their revenge on Krug, Junior, Sadie, and Weasel, there are only about ten minutes left in this gorefest, which ends with John, Mari’s father, cutting Krug down with a chainsaw (Mari’s mother Estelle makes quick work of Weasel and Sadie in the backyard, and a remorseful Junior shoots himself in the head). The final shot of the film shows a blood-soaked John and Estelle looking down at their dirty work. The madness has clearly spread to these nice middle class folks and since Craven has made you laugh, it has probably spread to you.