The Invitation (2016) – Review The current trend in the horror genre in 2016 seems to be slowly paced films with acute attention to detail and amplified tension. As... 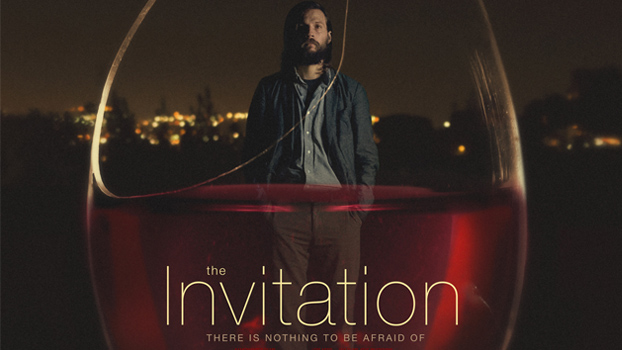 The current trend in the horror genre in 2016 seems to be slowly paced films with acute attention to detail and amplified tension. As seen in The Witch, many of these indie flicks are shying away from the monsters in your closet and instead, focusing heavily on the monster within. However, when dealing with tension and mood, it’s very easy for a film to get lost in the purpose of itself and create something that, while done in an extremely artistic way, ends up being slightly unnerving but overall boring – and thankfully, Karyn Kusama’s The Invitation is anything but.

Writers Phil Hay and Matt Manfredi sets Will (Logan Marshall-Green) on the road to a dinner party hosted by his ex-wife Eden (Tammy Blanchard) and her husband David (Michiel Huisman). Accompanying Will is his new girlfriend Kira (Emayatzy Corinealdi), and in a scene which serves no other purpose other than to foreshadow oncoming events, the couple hits and kills a coyote in the middle of the blacktop; Will, seeking to put the animal out of its misery, leaves the car to bludgeon the animal to death with a tire iron.

Upon arriving at Eden and David’s home (in which Will used to live, mind you), they are greeted by a group of friends which have not been in the same room together for two years. As the night progresses, Will’s traumatic past is slowly and agonizingly revealed, and it becomes more and more apparent that there is something very wrong with Eden and her husband – they’re both people that are deeply hurting, and have chosen to deal with it by joining a Manson-esque cult. Will’s sanity is questioned by the viewer throughout the film, constantly causing the viewer to guess who is really the crazy one here – Will, or his Ex and her husband? 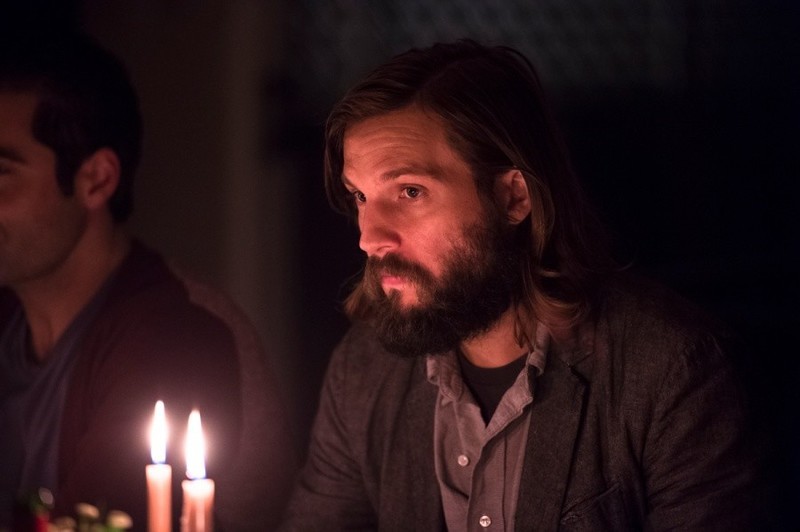 The Invitation is much like a rubber band being stretched further and further apart at both ends; as the tension increased, it’s bound to snap. But both sides are being pulled incredibly slowly, and every time the band is expected to snap, it stays together…for the moment. The inevitable snap, then, is both shocking and unexpected, yet emotionally charged while also retaining a hefty amount of violence.

There are some clearly defined themes running throughout the film, the biggest of which involve grief, trauma, and loss, but unfortunately never get fully resolved in a natural or satisfying way. This can be a matter of debate as the themes are laid out for the viewer to ponder over long after the credits roll, though it disappoints in never really satisfying the curiosity of knowing truly how all of these characters may choose to deal with their pain. While some most certainly do, others do not, which has left me the slightest bit wanting. Will is a complex character, and the film lacks in truly developing him to his farthest potential. 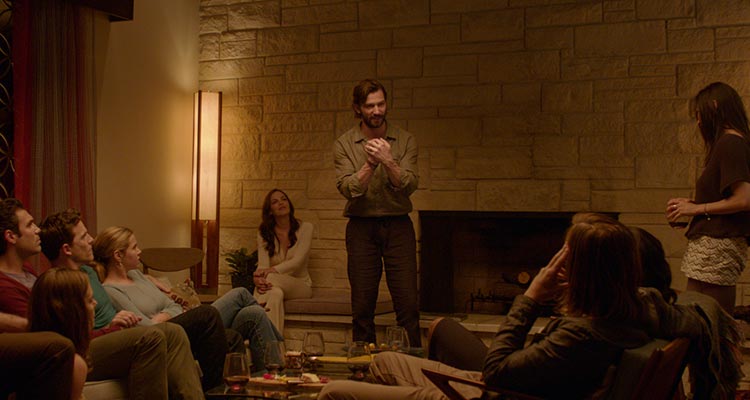 However, these are only minor gripes with a film that’s true strength lies in the deep, lush cinematography and lighting. The entire film is lit up in a way which is meant to smooth and calm even the most assiduous of people, which works to perfectly contrast the psychological tension that Kusama is presenting us with. She draws from the lighting of the warm, candlelight room, and even from the crimson hue of the wine which the characters drink. The atmosphere is welcoming, loving even; it beckons you to come inside and stay awhile…even if the characters may be murderously insane.

Maybe insane isn’t the correct choice of words. Maybe confused and hurt may be more appropriate. The story never truly allows you to make up your mind on that decision, as it asks questions that it can never fully answer. However, the tension is extreme, and The Invitation presents us with one of the tensest psychological thrillers in recent years. The Invitation may seem a bit slow, but if you’re paying attention, each frame is filled with enough detail to captivate those invested with the story enough all the way until the film’s slightly underwhelming finale. It’s most definitely worth viewing, as the ending does not negate the rest of the heavy tension that the film has to offer.

The Invitation is out now on VOD and select Theaters.