The Hidden Meaning Behind the Saw Franchise by Mandi Nowitz “Saw” took the horror world by storm in 2004 when, what was to be a short film, became a...
by Former Writers January 20, 2017

“Saw” took the horror world by storm in 2004 when, what was to be a short film, became a box-office smash for Lions Gate Films. It was pitched by James Wan and Leigh Whannell, and it was so impressive that it was ultimately made into a feature, with Whannell having a starring role. The main premise showed Whannell as Adam Stanheight and Cary Elwes as Dr. Lawrence Gordon. The two were trapped in a dingy bathroom/basement where every move was being watched and much of them being dictated by an invisible being. 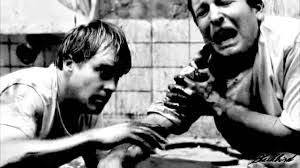 Throughout the film, several characters were taken away, after being put to sleep, by the mysterious character of Jigsaw and would awake in some torture chamber. They were given tests and/or games, usually, ones that involved extreme physicality or torture of another, to stay alive. The concept: if you are unsatisfied with your life but are faced with the concept of losing it, how far would you go to live another day?

Many critics just looked at the film as a bloodbath and not genuine horror. Rotten Tomatoes gave the film less than a 50% rating and added: “Saw is more than nasty enough for genre junkies, but far too twisted, gory, and shallow for more discerning horror fans.” Yet, the audience score was a solid B so go figure? What I love about this film, which left me asking “what the hell did I just watch?” after I left the cinema, is that it reminded me so much of the 1974 version of “The Texas Chain Saw Massacre.” It felt real and raw, not animated or pure bloodbath gore and there is a good reason for that. There was no CGI used when it came to the props.

Marcus Dunstan revealed how real these torture devices were: “It’s built to function there on the day. It works. So if there’s a scalping chair — there was a chair with working gears to grind and pull your scalp back.” Nothing is off-limits for the actors, who worked on a measly one million dollar budget for a film that has raked in over 121 million dollars worldwide and spawned seven follow-up films, the latest to be released October 27th, 2017. The authenticity of the film shows how hard these actors and set designers worked with a very tiny budget and a short filming time, just eighteen days but shot in sequence. Shawnee Smith, who played Amanda in all of the films, was just a friend who was doing a favor for one of the writers, not knowing what a phenomenon Saw would become. What it turns into is an original horror film and a testament to all involved.

What I think viewers and critics failed to see with “Saw” was the distinct hidden meaning behind Jigsaw and his plans for his captives. We can lament about how miserable we are in our lives but if we awoke in a random room, strapped or chained to metal with instructions on how to break free and a short time limit, how hard would we fight to stay alive? In the scenes with Whannell and Elwes, a dead body lay in the middle of their room, who is ultimately revealed to be Jigsaw, just diagnosed with terminal cancer. The two people he took into this ghastly room in the first film were pivotal in his life as Elwes was the doctor who diagnosed him and Whannell was a photographer, chasing the possibility that the physician was Jigsaw. But, the doctor was having an affair while the photographer was miserable with his life and now that Jigsaw saw that his life would be coming to an unfortunate end, he wanted to give others a chance to see the potential for a good life.

Though the subsequent films took more dramatic turns and eventually lost the true meaning, “Saw” is a thinking film: what would you do and how far would you go to stay alive? Would you open up a body to get a key? What would you risk to take back the concept of not wanting to live and what will satisfy you? Jigsaw aimed to teach us that and sadly, I think it got lost in the shuffle. 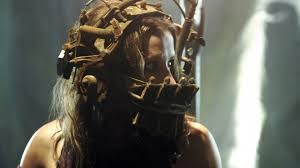