Welcome we are here to talk about the series Starve Issues 1-5 have been released a Trade Paperback collecting Issues 1-5 is coming January 13th. Starve was created by... 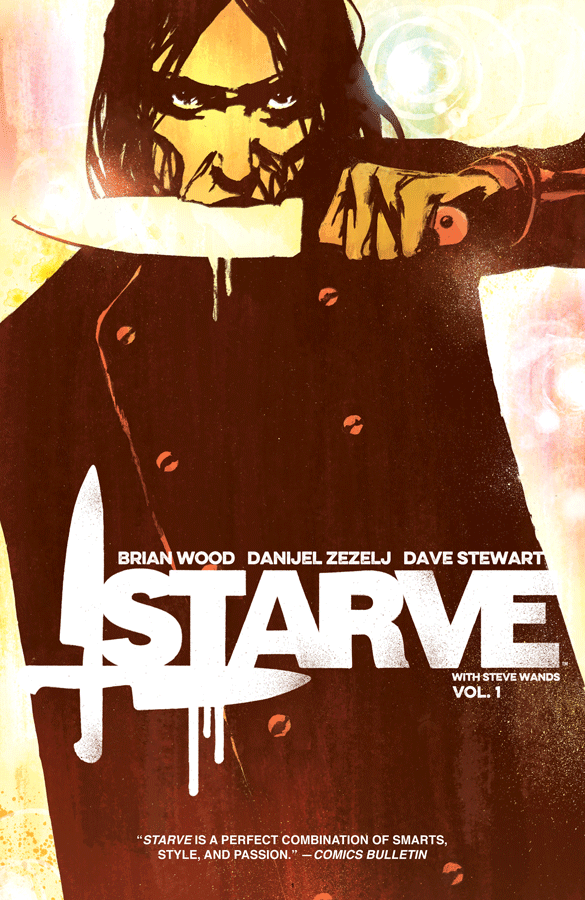 Welcome we are here to talk about the series Starve Issues 1-5 have been released a Trade Paperback collecting Issues 1-5 is coming January 13th. Starve was created by Brian Wood, Danijel Zezelj and Dave Stewart. The Geeked Gods got the chance to interview Brian Wood and Danijel Zezelj  about STARVE Vol 1. The Trade Paperback is out January 13th The next chapter in the series, Issue #6 comes out on February 17th from Image… 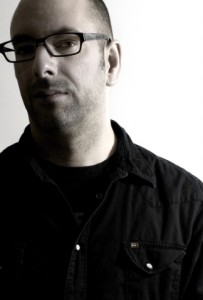 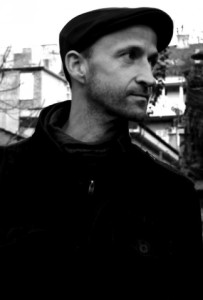 Thank you for speaking to the Geeked Gods, What was the inspiration behind Starve and how would you both describe Starve to someone who has never read it?

BW: I usually call it a takedown of celebrity chefs and foodie culture, in a dystopian future.  Which is accurate, but also pretty incomplete.  There’s a whole secondary story about a man’s chance at redemption, both with his family and his craft, and a look at the socio-political aspects of food, of which there is much.  Its a lot packed into a book that presents as a darkly comic, semi sci-fi thing.  I’m really proud of it. 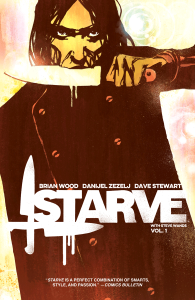 Much of the appeal of Starve is the social commentary it invokes; I feel we could be living in a Starve world now where the world is falling apart but the consolation is a cooking show. Was this by design? Do you feel that society has become more fame obsessed and obsessed with Excess?

BW: I think that celebrity culture is sort of a crazy thing, in the sense that its everywhere and given equal weight to current events and other news of the world.  Its hard to get too angry about it, at least for me, but its also clear to see how everything is slowly sliding towards that “infotainment” style and at some point it’ll stop being just an annoyance and become a genuine concern.  Not sure we’re there, yet.  I’m still enjoying poking fun at the idea. 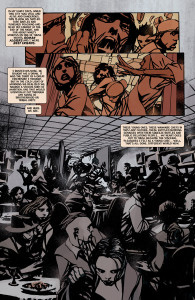 DZ: Starve is about now, and that was intentional. A story could be set in the 11th century and still talk about our present, problems are not that different, but we purposely wanted to stay close to the world of show-business and reality shows, where distinction between fiction and truth is cancelled and reality is fabricated according to parameters of success, fame, profit, etc. It’s all fine until it starts erasing our basic human decency and the world becomes so excessive and simplified that a retarded monkey could become a king.

People today describe chefs as the New Rock stars; are there any famous chefs that could be the embodiment of Gavin? 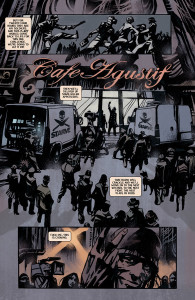 DZ-Gavin embodies elements of many famous chefs and some rock stars as well, but we did not want him to resemble anyone specifically.

Gavin has his own unique personality and soul and if you keep reading Starve he will keep surprising you.

The Artwork is brilliant and beautiful, it brings the dystopian world to life, and how is the collaboration process done? Is the world based on New York, if so what parts? Love the Flatiron building its one of my favorite buildings in New York.

BW: Its New York, not a fictionalized version, but depicted as reality.  I leave most of the locations and details up to Danijel, who used to live in New York and needs no guidance from me.  He’s a master at the urban, no question.

DZ-The backdrop look is based on New York, mainly Manhattan and Brooklyn, some parts of Queens as well. The architecture is moved slightly into the fictional future, and wealthy and poor quarters are pushed further apart. The contrasts are sharper. 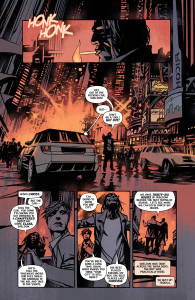 Starve uses a lot of technical cooking terms are any of you chefs or foodies? If so, what is your favorite dish to make? Did that inspire Starve?

BW: I’m a fan of cooking shows, so I just use what I’ve picked up from that and make it sound good, to be honest!  The cooking I do around the house tends to fall into two categories: making family dinner, which is generally one of about five dishes that I can make in my sleep and are no big deal, and the cooking I do for myself after I come back from lifting weights, which is a bunch of steak and a pile of raw veg.  Not much skill required.

DZ: I’m not much of a cook but I’m fascinated by the skill of cooking and the process of food preparation. The dishes are Brian’s ideas, most of my research on recipes, tools, and process was done on the internet and You Tube videos. Asian skills, techniques and approach to cooking are particularly complex and attractive to watch 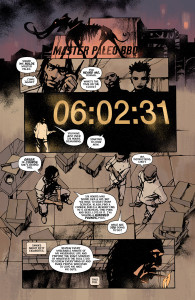 You both have collaborated on projects prior to Starve (DMZ), how has this process differed from the other projects you have done, have you learned anything new about each other because of this project? How has your relationship with each other evolved with this project?

BW: DMZ, Northlanders, The Massive… in those cases it was a guest artist thing and he would roll in, do the work, and roll out.  In the case of Starve, he owns the book alongside me and that makes everything different.  I defer to him on a lot of things, he gives me notes, we make creative decisions as team (colorist Dave Stewart is also an owner), and its a joint effort.  And even though Danijel and I have done work together since, let’s see, 2008 maybe? we’ve only met once, briefly, and our interaction is pretty limited to the work.  But I’m not knocking it – its a great partnership.  Our work pairs well (cooking pun!).

DZ-We worked together on DMZ, Northlanders and Massive, and it was always a great experience for me. Starve is different because we are creating it together from scratch. On one hand it gives us freedom to take any direction we want, on the other it requires different kind of responsibility, the stakes are higher.

What set Image apart from other comic book publishers that you could’ve published with?

BW: I’m not sure that’s a valid question, since we all have solid relationships at other publishers that we could have gone to.  Aside from Vertigo (which had expressed interest in Starve years back but changed their mind in favor of Anthony Bourdain’s chef comic) I didn’t approach anyone else.  Image was interesting in new projects from us, and so we brought Starve over there.  One advantage, though, to Image was I didn’t have to justify this sort of oddball comic to anyone, really.  Eric Stephenson was just “whatever you want to do, we can do.”

DZ- What sets Image apart is freedom to do what we want, and to own and control our creative input. There is also great technical support, distribution and PR.

What advice if any would you give comic book writers and artists about pursing Creator owner books?

BW: Its a pretty broad question and I probably have twenty pieces of advice, but if I had to pick a couple, or three:  make the kind of books you want to read, not what you think is popular; remember that your actual customers are comic book retailers, not readers; and social media is not the real world.  Three things that will help.

The TPB Vol 1 comes out January 13th and Issue #6 of Starve comes out Via Image on February 17th. What can the readers look forward to? How many issues are planned for the second arc of the story?

DZ- The second arch is really important because it rounds up Gavin as a character, as well as Angie. You will not get a complete picture of principal characters without reading all 10 issues.

Second arch also pushes further social commentary and faces even more directly social division of the big city and the ways people cope with being marginalized and walled in within their quarters. 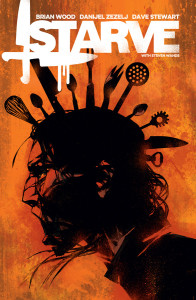 Is anything else that you all would like to tell the readers about? How can they find you both on Social Media?

DZ- Hesitantly I started FB page about a year ago, and I use it in awkward way, just posting images.

That is probably as far as I’ll go, social media communication is not what I particularly enjoy.

The Geeked Gods-Do yourself a favor and pick up the TPB VOl 1 out January 13th and Issue #6 out February 17th.