The Franchise Files – Friday the 13th: Part IV, The Final Chapter (1984)   In just three short years there had already been three installments in the Friday the... 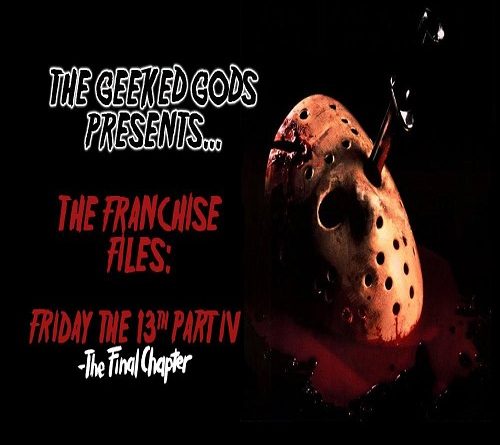 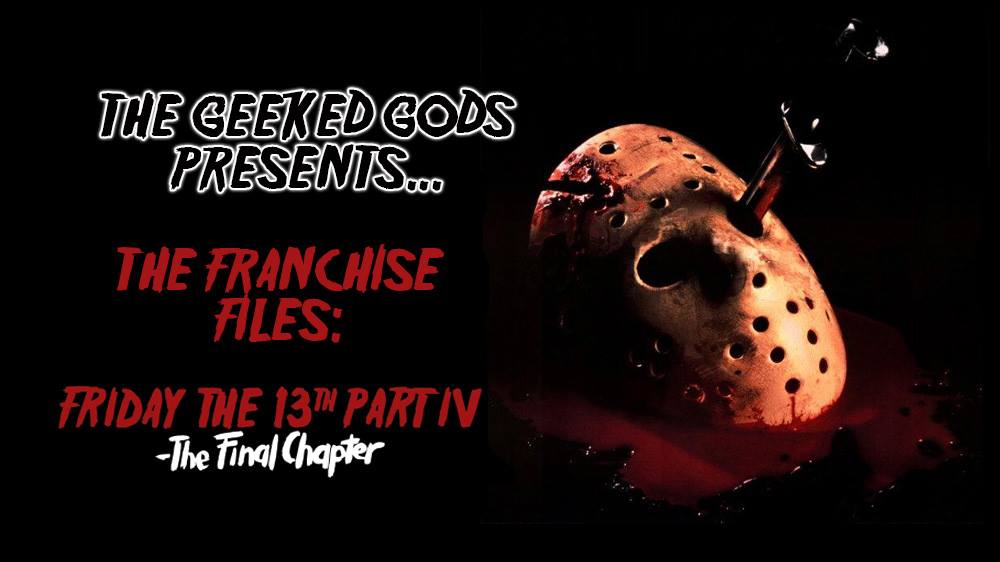 In just three short years there had already been three installments in the Friday the 13th series, and to many, it was getting a bit ridiculous. Time, it seemed, had run out for Jason; though he was seemingly killed off for good in the third film, Paramount had thought that it’d be a good marketing ploy to capitalize on his demise, and thus put a film forward that would make it abundantly clear that this would be the last film in the series – going so far as to call it Friday the 13th: The Final Chapter.

Which is hilarious considering that another year later, fans would get yet another Friday the 13th film. But maybe I’m getting ahead of myself; we are, after all, here to talk about Joseph Zito’s 1984 film, and the glorious return of special effects miracle man Tom Savini.

The Final Chapter picks up directly where the third film left off, which would be the final time this would happen in the series, recapping all of the events that have happened thus far as to leave no newcomer alienated from enjoying the movie due to a lack of knowledge of the previous movies; a good tactical move on the marketing end, though if you’re going to see the fourth film in a slasher series, you’ve probably seen the first three.

Regardless, after the recap we are greeted to a very lovely and wonderful scene of Jason Voorhees in full hockey-masked form being carted to the morgue, only to abruptly wake up and murder two people as a parting gift on his way out. At the same time, a group of friends are on their way to party in a cabin on Crystal Lake, who will all, most likely, find a violent end by the hands of good ol’ Mr. Voorhees. Among them are friends Jimmy (played by the noteworthy Crispin Glover) and Ted (Lawrence Monoson) who are discussing the sensitive subject that Jimmy’s previous love interest had left him because his sexual performance could be described as a “dead fuck”, something that would be a constant source of humor (and eventual death) for the characters. 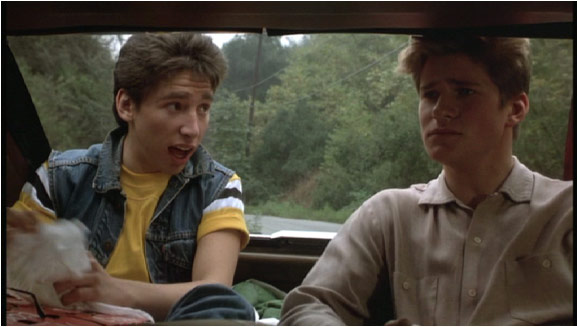 Their cabin is by a home occupied by Tommy Jarvis (Corey Feldman) along with his mother, Mrs. Jarvis (Joan Freeman) and his older sister, Trish (Kimberly Beck). The Jarvis siblings will run into Rob Dier (Erich Anderson), a guy who claims he’s in these parts for “bear hunting” …but as Tommy points out, there are no bears in these woods. No, instead he’s there for one thing: to take revenge on Jason Voorhees, who killed his sister in Part 2.

Friday the 13th: The Final Chapter is, by all accounts, much superior to the previous film. Though there are a few hiccups along the way, and only a few unintentional but very hilarious moments throughout, it is nowhere near as goofy and ridiculous as the third film. It’s what a Friday the 13th film should be, and is not bogged down by unnecessary and unsuccessful bells and whistles like shooting it in 3-D and adding in a disco soundtrack. Instead, this film is darker, much gorier, and adds a level of actual suspense, which is something that the original films lack. Jason in this film, played by Ted White, is a violent, scary creature, far from the silly boogeyman that we saw two years prior. White is convincingly menacing in his role, adding a sense of personality in a role in which many consider is simply just “a guy in a mask”; but, as any fan of the slasher genre will tell you, it’s not that simple. This Jason has an enormous, commanding presence that resonates throughout each frame. He’s quick, he’s angry, and he’s very smart, despite being insanely disturbed. 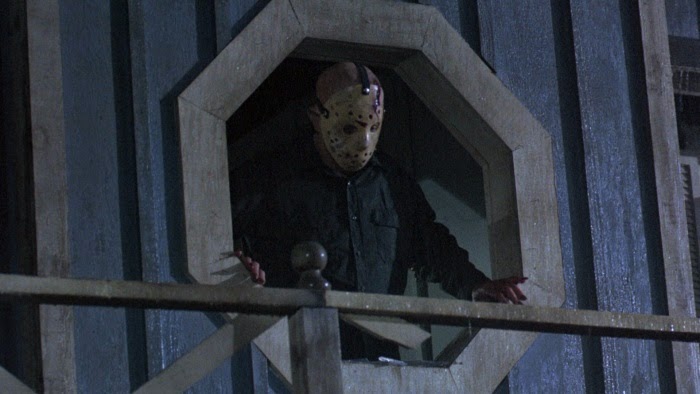 Among the areas in which this film succeeds in is presenting the viewer with a great cast of characters, ones we actually can empathize for and worry about. If the characters don’t matter, then who gets killed and when they get killed does not matter either. In this fourth movie, the cast is unanimously awesome. Not Oscar-worthy, but still awesome.

Case in point: Corey Feldman and Crispin Glover. Although the films have not really been known to bring out a fresh crop of young and talented actors who would go on to do bigger and better things, these two are the exception, the first time a film in this series helped launched a serious career since Kevin Bacon in the original film. Glover brings a very compelling performance to the screen, playing a slightly pathetic yet oddly lovable character, frustrated by his own sexuality and desperate to redeem himself. His character really shines in two scenes, one being an insane dance scene, which describing will do no justice. Instead, follow the link and see what I’m talking about here. The scene was originally filmed with AC/DC’s “Back in Black” being placed for Glover to go completely batshit crazy over, but was replaced with the equally absurd Lion’s “Love is a Lie”, an extremely corny ‘80s example of ultra-machismo power rock – a decision that helped to flavor in a bit of unintentional funniness in an already legitimately funny sequence. 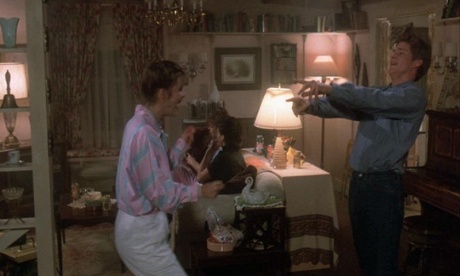 The second scene would be his death; after going downstairs to open a bottle of wine to celebrate the removal of his “dead fuck” title, he is abruptly killed in a very jarring and bloody manner by having Jason send a corkscrew through his hand, making him unable to lift it from the table, and then doing further and fatal damage to his face. It’s a gruesome example of Tom Savini’s masterwork.

Corey Feldman gives a solid performance as well, even for a twelve-year-old – the kid’s got some serious personality, and it shows. Though he was described as being a “mean kid” by Ted White in the special features of the 2009 DVD release, White then went on to say that when it was time for Feldman to act, the kid could do it extremely well. Feldman has been described by multiple people on set at the time as a true professional, even at his young age; which should come as no surprise, given his later performances in films such as Stand by Me (1986). Tommy Jarvis is an interesting character, a boy genius of sorts, and a master mask-maker; his character’s similarities have been interpreted by a completely reasonable homage to Tom Savini. 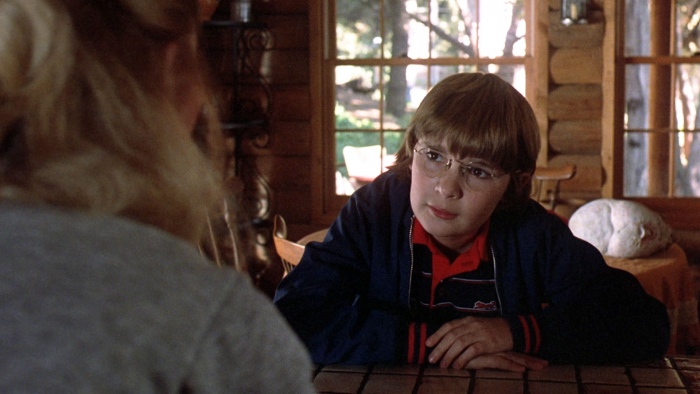 At the climax of the film, Kimberly Beck’s character truly gives Jason a run for his money, challenging him and having a physical fight with him, going to far as to slam a machete into his chest. It’s a shame that Beck would go on to state that she considers the film to be of such poor quality, because she is a very formidable final girl. Coupled with Feldman, the two make a great yet unexpected team; it would be the only time that a child was cast as one of the main characters, and the only time thus far that someone other than a female survived.

Tom Savini was brought on to team with director Joseph Zito once again after the two collaborated on another great ‘80s slasher, The Prowler (1981), and both were led to believe that they would actually be responsible for bringing the final curtain call to Jason Voorhees. It would only make sense, then, that Savini would be the one to do it, as his effects are one of the key ingredients to the first films longevity. Multiple ideas were considered to do Jason in, one including a microwave-machine created by Tommy Jarvis, but it was ultimately decided to go with a drawn-out machete sequence. Though “drawn-out” may seem like a strange choice of words for the quick scene, in context it is completely appropriate; almost all of the other deaths happen so quickly that if you blink, you’ll miss it. When Jason faces his final adversary, a machete is put through his eye socket, and the weight of his body causes him to fall to the floor, causing the machete to cut deeper and deeper until it’s coming out the back of his skull.

The Final Chapter successfully maintains an aura of suspense around it, as stated before, and one of the most jarring kills is one that is not explicitly seen. In flashes of lightning, Mrs. Jarvis is taken out by Jason, but only their shadows are seen reflected against the outside of her home. It’s wonderfully done, and an interesting choice, especially considering that much of the appeal of a movie such as this is to see just how gory it could get. This act also serves to make the final scene that much more disturbing; after Ted White’s Jason is done for, Tommy Jarvis keeps on bludgeoning the masked killer in an enraged state, showing a burst of uncontrolled violence and madness from just a young kid. 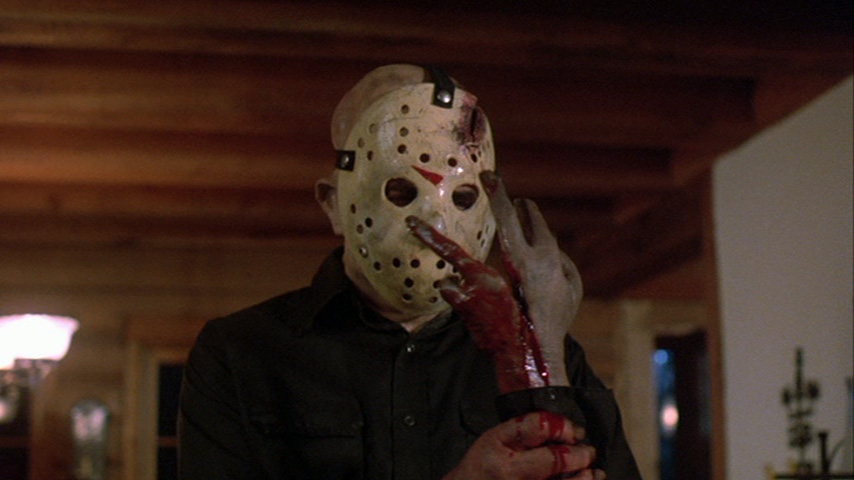 The film, however, is not without flaw; not everything worked out perfectly the way they were planned. Rob’s death in particular is one of the funniest moments of the franchise, as he screams “He’s killing me!” over and over as Jason bludgeons him to death in the basement. Though it was meant to express the futility of Rob in his final moments and to show Jason as a truly remorseless beast, it was met with hilarity instead of empathy. Troubles on the production front were noted as well, as Zito supposedly did not treat his actors very well, causing Ted White to become so aggravated with the project that he would ask to have his name removed from the credits. Though he’s since patched things over and come to terms with his involvement with the film, one cannot help but wonder if any lingering feelings of resentment towards Zito remain. White’s gripes with the film came mostly from Zito’s treatment of other actors, refusing to accommodate to their comfort and repeatedly put their well-being at stake – but that’s just one side of the story.

Regardless of its flaws, Friday the 13th: The Final Chapter remains an excellent film and a great conclusion to a four-part series in which the character of Jason is constantly evolving until he meets his “final” demise. It’s suspenseful, scary, and contains loads of gore; the film actually feels like a horror movie for once, instead of just looking out for the clever ways in which the characters will die. To Zito and Savini’s duress, the film was not actually the end for Jason. The commercial success of the film, bringing in 32,600,000 USD on a $1,800,000 budget, would prompt Paramount to put out another film a year later. For those involved with The Final Friday, the continuation is understandably aggravating, but for millions of fans everywhere, it’s a most welcome circumstance.

Join me on May 2nd as we go further down the line in this seemingly never-ending series and find out just exactly how Jason is going to come back from the dead this time! And then goes to Manhatten! And then turns into a shapeshifter! And then into space! Oh, the places Jason will go…