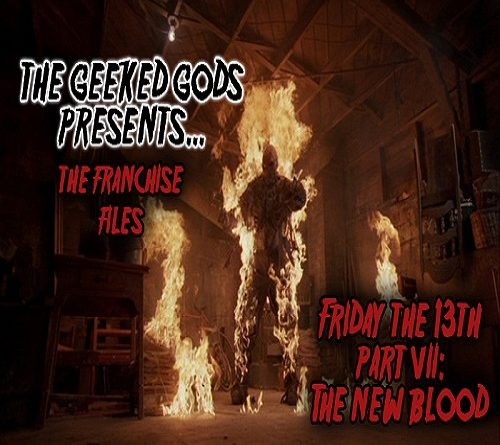 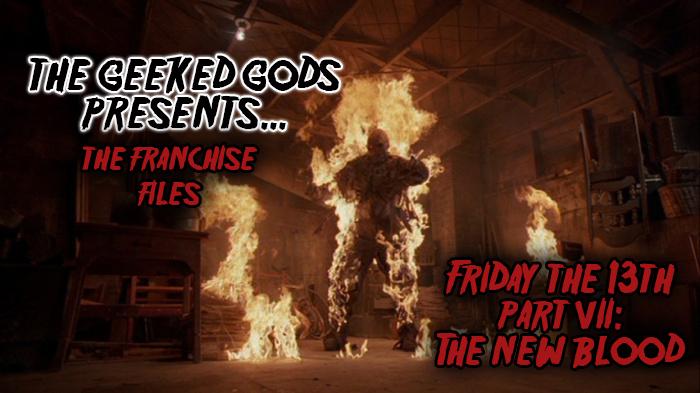 Friday the 13th Part VII: The New Blood is, without a doubt, the most frustrating in the series. It’s actually got an incredibly interesting storyline with an antagonist that’s not a Voorhees running alongside the standard “Jason running around the woods and killing teenagers” theme. The acting, most notably from the lead actress Lar Park-Lincoln, is pretty good, and there’s a decent amount of character development – even a little bit of romance outside of sex. Jason looks pretty than ever, portrayed here for the first time by Kane Hodder, the man that would go on to be known by many as the definitive Jason. So what went wrong? Sadly, it was the “C” word.

Censorship. And any fan of the genre knows that censorship is the killer of many good horror films.

But that’s not to say the film was a total flop. No, it’s actually quite good; if anything, it just feels extremely restrained. The film takes a heavy blow in trying to appease the MPAA, but the compromises weren’t able to kill The New Blood completely. 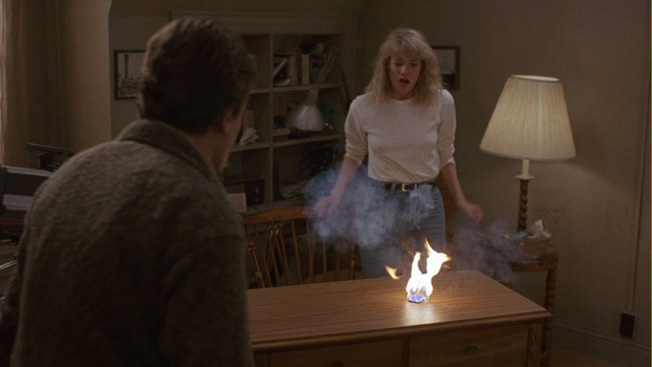 Released in 1988, two years after Jason Lives!, this entry concerns itself with a girl capable of telekinesis named Tina Shepard (Lar Park Lincoln) as she returns to Crystal Lake years after she unintentionally killed her alcoholic father with her psychic abilities. Accompanying her is her mother, Amanda Shepard, and her psychologist, Dr. Crews (Terry Kiser). He plans to use the trauma and repressed guilt to bring out her abilities in full, so he can help her work through them – or so he says. Instead, it’s for more selfish reasons, and he uses stress and emotional duress to observe her abilities for study.

Next door, a group of teenagers are planning a surprise party for their friend Michael (William Butler). Michael’s cousin Nick (Kevin Blair) is among the group of kids, but he’s not much of a fan of Michael’s friends, and he immediately takes an interest in Tina. Tina had spent much time in a mental institution, and her and Nick attempt to make friends with the rest of the group in an attempt to find some normalcy in her life, but the friends make it clear that she’s not welcome. Feeling an abundance of stress between this and an unpleasant session with Dr. Crews, she runs outside to the lake and feels a psychic presence, willing it back to life with her powers in hopes that it is her father. Fortunately for the audience, it’s not her father; it’s Jason. 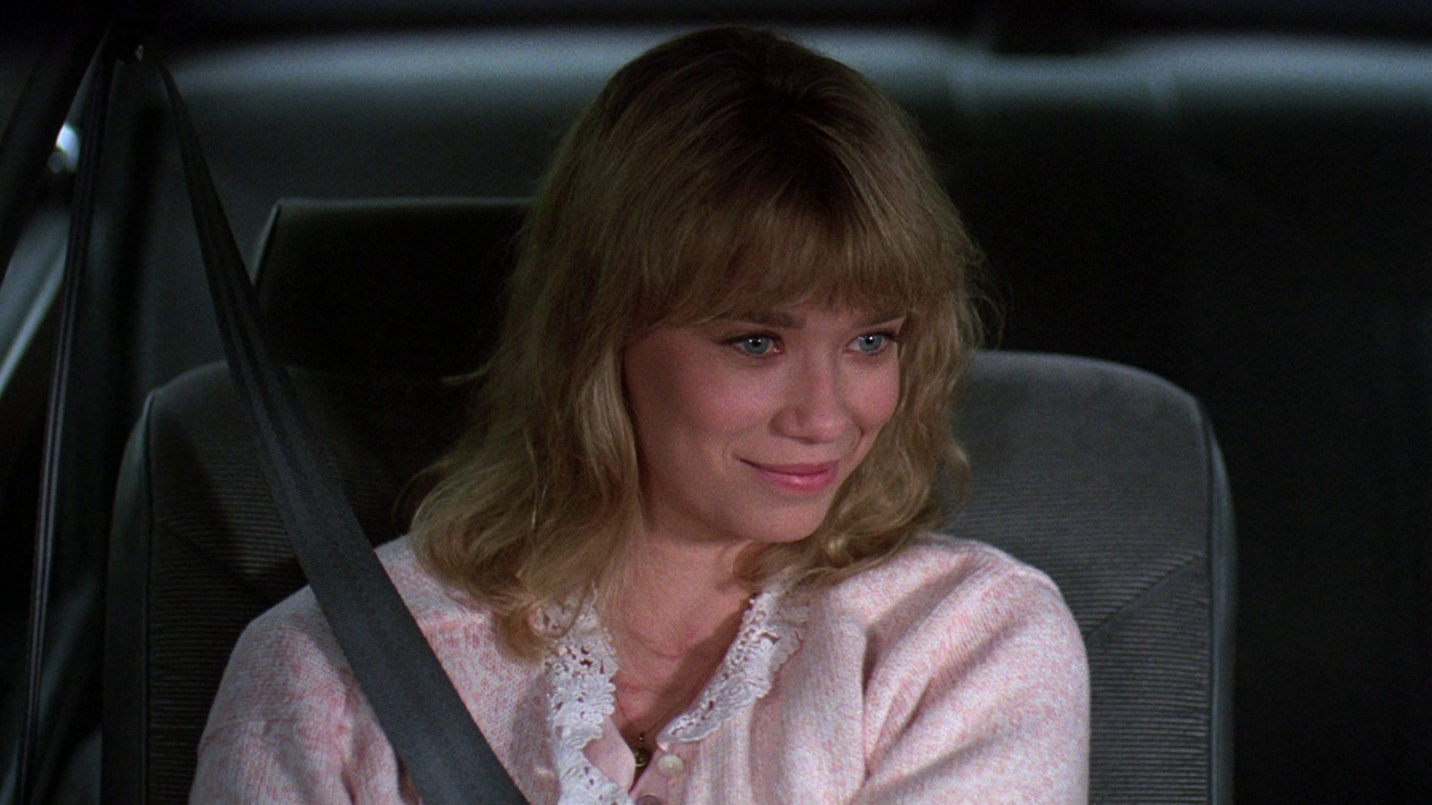 Paramount Pictures, the production company for all of the Friday the 13th films thus far have never not been one to jump on a gimmick – and that’s part of the charm for this series. By now, both Freddy and Jason were becoming standard pop culture icons. It would most definitely bring in substantial amounts of money for Paramount, much like when Universal decided to start pairing their larger-than-life monsters together in the early 1940’s. The only difference is that Universal owned both The Wolf Man and Frankenstein; here, Paramount owned Jason Voorhees, and New Line owned Freddy Krueger. When an agreement could not be made, the plan was dropped for now. It would be over a decade later until we finally would be able to see the two on screen together, so take note, horror fans; never say never.

About the time that these talks failed, it had taken a little over a year, and a new Friday the 13th film still wasn’t any closer to being made. Time was passing, and audiences were most definitely itching to see Jason take the screen once again; it had, after all, been a whole year without him, and after the insanity that was Part VI, an interest in the character was renewed. A script was written that made it possible for Jason to still be able to square off against a formidable opponent, but instead of a man with a burnt face and knives for fingers, it was a pretty young girl with extraordinary powers. The tradeoff was fair enough, as the story was pretty compelling and unique for the series, and with that set, it was time to figure out who would play Jason.

The film was to be directed by John Carl Buechler who, to his credit, would go on to do a wonderful job before having to censor his own work. C. J. Graham, who you may remember as Jason from Part VI was initially considered to reprise his role, but it was ultimately given to actor/stuntman Kane Hodder at the behest of Buechler, due to Hodder’s own suggestion on the set of a film called Prison in 1987 where he would have worms coming out of his mouth when he rose from the dead. The worms, he said, would add intensity, and Hodder used real worms without hesitation. This dedication was convincing enough for Buechler, and he got his way: Kane Hodder would be the only actor to ever reprise the role of Jason Voorhees. 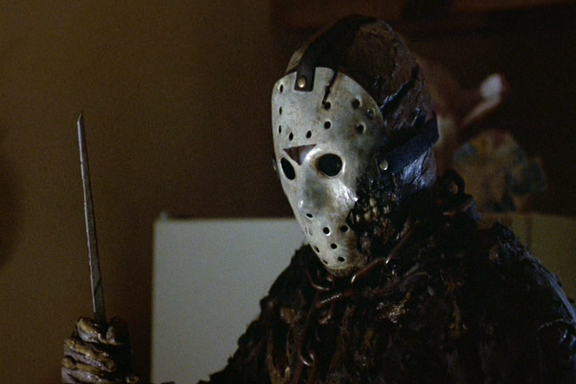 Hodder’s dedication would be more than proven in a scene in which Jason was to be lit on fire. Hodder did the scene himself with no trickery in post-production, allowing himself to be lit on fire onscreen for around 40 seconds – a world record at the time. In The New Blood, Jason is seriously undead and decomposed, bigger than even Graham’s portrayal, and very sinister. There’s just something about Kane Hodder that fans love; he is, to many, the perfect Jason Voorhees.

He would have been the most violent and disgusting as well, but sadly, his kills seem very tame here. The film was submitted to the MPAA for approval a whopping total of nine times, becoming the most censored film in the franchise by far. Almost every death sequence needed to be reshot, and it took away a lot of the grim realism that was originally planned. If Buechler was to have his way, we could have possibly had the darkest, most violent, most evil film in the franchise yet; but the end result made it look less grim than the previous installment. 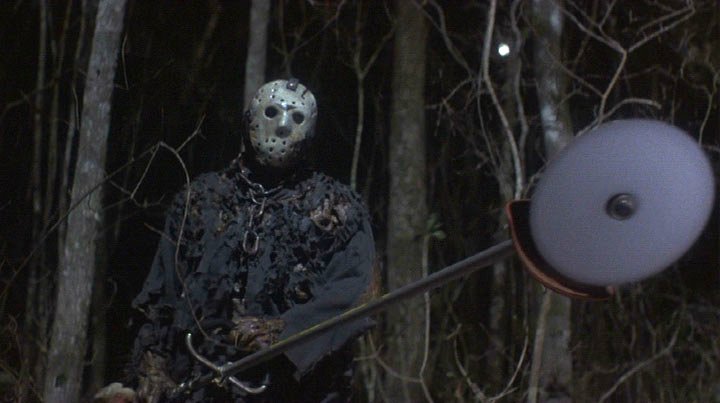 Now, there’s nothing wrong with the power of suggestion. There was little to no blood in both The Texas Chain Saw Massacre (1974) and John Carpenter’s Halloween (1978), but this is not that kind of movie. This series has always been about excess, about fun. By removing the original kills, a lot of that fun is taken away. The deaths in the final product seem a bit like cop outs – take, for example, the sleeping bag kill. Jason picks up a young woman in her sleeping bag, drags her still squirming body from her tent in the woods, and slams her against a tree, quickly killing her. In a scene that was intended to be brutal and unrelenting, it ends up being slightly funny; he swats her like a fly and the scene is over. If Kane Hodder was able to bash the back repeatedly against the tree, it would have been sadistic, maybe even in poor taste; which, in the world of Jason, means a hell of a lot of fun.

Still, for what it is, the movie isn’t bad. It’s a decent entry to the franchise, and Jason’s look alone towards the end of the film, especially during his face-off against Tina when his mask is removed, makes the rest of the movie seem worth it. If anything, it solidified Kane Hodder’s role as Jason Voorhees for future installments much to the pleasure of many fans and added a unique spin to the series. As per usual, the film was a financial success, guaranteeing that we’d be seeing more of the hockey-masked murderer in many new and different situations. Jason’s next excursion would be to “Manhattan” – and it would prove to be unintentionally hilarious.

Stay tuned for the next installment of The Franchise Files when things start to get really silly on Monday, June 12th. You’re not going to want to miss this one, believe me!