The Franchise Files: Friday the 13th (1980)   Welcome, worshippers of The Geeked Gods, to a new column in which we will be taking a franchise and discussing each... 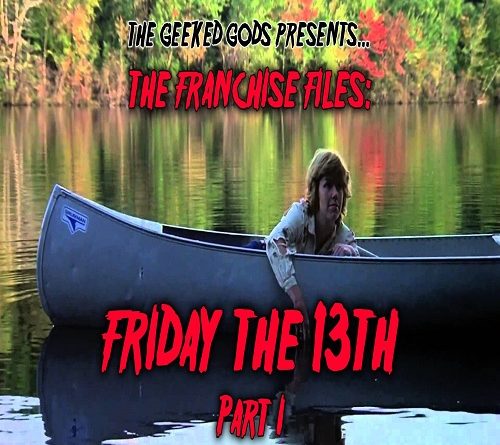 Welcome, worshippers of The Geeked Gods, to a new column in which we will be taking a franchise and discussing each and every single movie in it, called: The Franchise Files! Beginning with the original film, we will be making our way all the way to the newest entry, not including comic books, games, or television shows, if nothing more but for the reason that this could quickly spiral out of control. So, buckle your seatbelts and hold your breath, because starting today we will be examining all of the Friday the 13th movies – yes, all twelve of them – starting with the original. Are you ready? Good. Now step into my time machine… 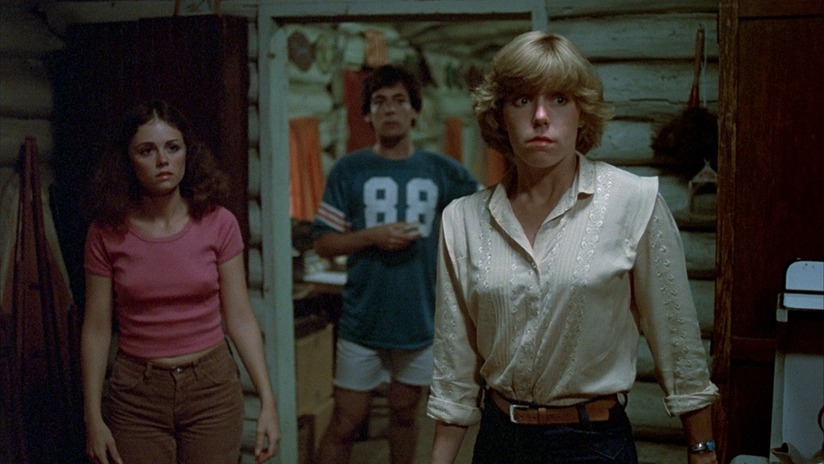 …to the year of 1980. The world is somewhat innocent in terms of horror; the genre is but a young babe, clutching to its parents, known as the Universal Monster films. They’re still in decently recent memory, while their German Expressionist grandparents, Nosferatu and The Cabinet of Dr. Caligeri are nearly forgotten. We’ve seen some incredibly powerful and terrifying movies thus far, as the 1970’s had no shortage of celluloid terror, but we’ve been missing something. Three things, actually: The Slasher Kings. Michael, Jason, and Freddy. These masters of death have yet to be made into pop culture icons, despite the notoriety of Michael (Halloween was released in ’78). It’d be a little while until we see Jason in his full hockey-masked form, and even longer until Freddy would make his violent mark on the world, but the foundations of the thrones of which the kings will sit were being built…and none were stronger than this 1980 offering from director and producer Sean S. Cunningham.

Friday the 13th centers around a group of counselors (including Kevin Bacon) who are getting ready and sprucing up the camp at Crystal Lake for the kids to come in just a short while. While some are deep in preparation (and others deep in smoking weed and having sex), a profit of destruction, a crazy town drunk named Crazy Ralph arrives at the camp, warning them of impending doom. They quickly run him out of the camp, but not before long, the body count starts to rise in various and disgustingly clever ways.

It’s very easy to see how this movie became such a success; for one thing, Tom Savini’s effects work is unparalleled, especially at the time of the movie’s creation. Every throat-cutting or head-lopping is done with such realism that even thirty years later it’s hard not to cringe at some of the more gruesome death scenes. The thrill of the quick murders, coupled with the nail-biting anticipation as to who the next victim will be makes for an extremely fun watch…and for this franchise, “fun” is the key word. 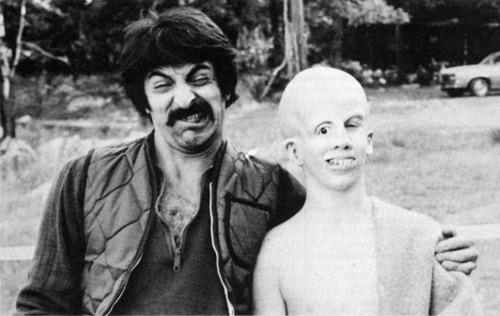 On that note, the acting’s not great; but then again, for a slasher, who says it needs to be? Friday the 13th ushered in a new wave of movies in which your acting skills were pretty much irrelevant and the key to landing a role was how good you looked without clothes on and how well you could produce a shrill, mind-numbing scream. I’ll defend my enjoyment of these films to my (hopefully Savini-engineered) death, but if I’m going to do that, I’m going to have to be fully aware of what these films are…and you can either hate them or love them for it.

For those who fall into the category of the latter, it’s more than reasonable for a normal human being to feel such disdain for these movies. Although it’s funny to read such words of hatred against these films, such as when legendary film critic Gene Siskel completely tore the movie to part upon its release, calling Cunningham “one of the most despicable creatures ever to infest the movie business” (read more unrelenting hatred here). Still playing the role of Captain Obvious, he also points out:

“THE POINT is this: There is nothing to Friday the 13th other than its sickening sickening attack scenes; remove them and you’re left with an empty movie.”

To deny that is to blatantly lie, but to someone such as Siskel I would simply reply with: “Yeah, and?” The allure of a movie like Friday the 13th is the cheap thrill that comes along with watching these kids meet their fates; it’s a work of depravity, sure, but it’s like the greatest rollercoaster ride that’s ever been built. There are moments when the way in which the killer disposes of his (or her) victims were it’ll most certainly bring out a laugh, due to the fact that you cannot believe what is being presented on the screen to you. These films are designed to make you laugh, to make you scream; if you go into a Friday the 13th film expecting anything more, than you’ve come to the wrong movie.

But don’t take it like I’m saying anything bad about the film at all, because I’m not. Friday the 13th, quite simply, changed the entire landscape of what the horror movie looks like forever. It’s beautiful for what it is, and I wouldn’t change a thing about it. It set the rules for all slasher movies to come, and though John Carpenter’s Halloween also helped pave the way, Sean Cunningham’s franchise set the rules in stone. The final girl, in which there must be at least one innocent character who makes it all the way to the end, is portrayed here by Adrienne King as Alice, who is also the crux of one of the most shocking endings of all time. Simultaneously, in the scene in which Alice escapes from the camp alive, only to be pulled out of her canoe by a deformed, slimy child, we have the birth of one of the greatest villains of all time: Jason Voorhees. 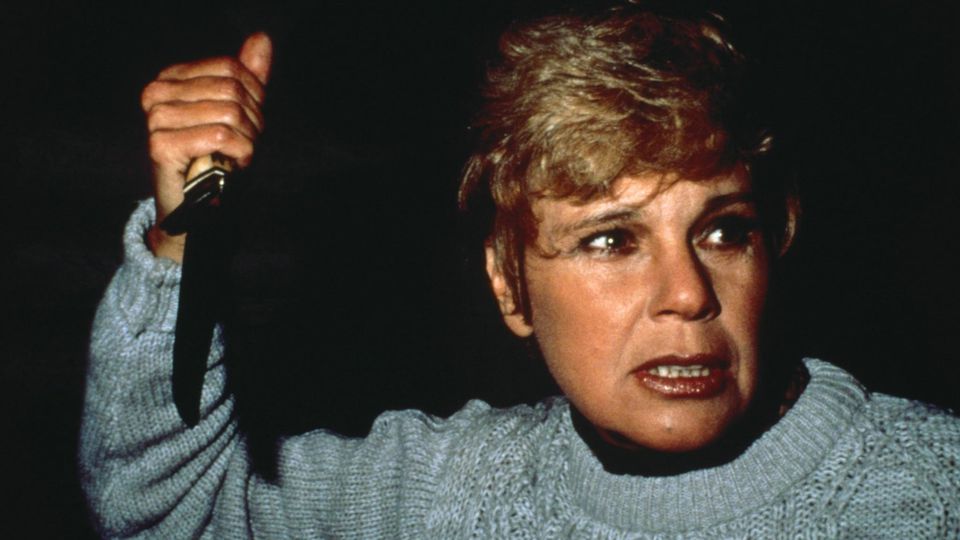 Though the killer in this film is not Jason, it is, in fact, a Voorhees…Pamela Voorhees, his mother. Played by Betsy Palmer, the reveal at the end of the film is another incredibly shocking moment in horror history that has been imitated many, many times. It’s also the reason for one of the funniest goofs in the franchise as well; when Alice decapitates Mrs. Voorhees at the end of the movie, pay attention to her hands as she raises them up…they’re unmistakably that of a man’s! More specifically, they are the hands of Taso N. Stavrakis, an FX assistant on the film. Pieces of trivia such as this simply add more charm to the film instead of detracting from the overall quality. Throughout the strongest entries in the franchise, the amount of heart and technical ingenuity with effects that have been put into the films have always been one of their strongest assets, at least, until later in the decade.

Effects-wise, this film has some very memorable kills; the final decapitation was awesome, but there are so many more than just that. The scene in which Kevin Bacon’s character meets his demise is always something that people seem to take away from the movie; the frightening visual of an arrow going straight through the young man’s throat is not something that’s so easily forgettable. Although many of us fans would consider Tom Savini a bonafide magician, and I would as well, knowing how he performs his tricks does not take away from anything…if nothing else, knowing about the ways in which he created such visual monstrosities adds to the appreciation of the overall film. Looking closely at the scene, it’s quite clear that Kevin Bacon’s neck was a latex prop, and his head was positioned in such a way that it actually looked quite convincing that the character was, in fact, impaled by the arrow. 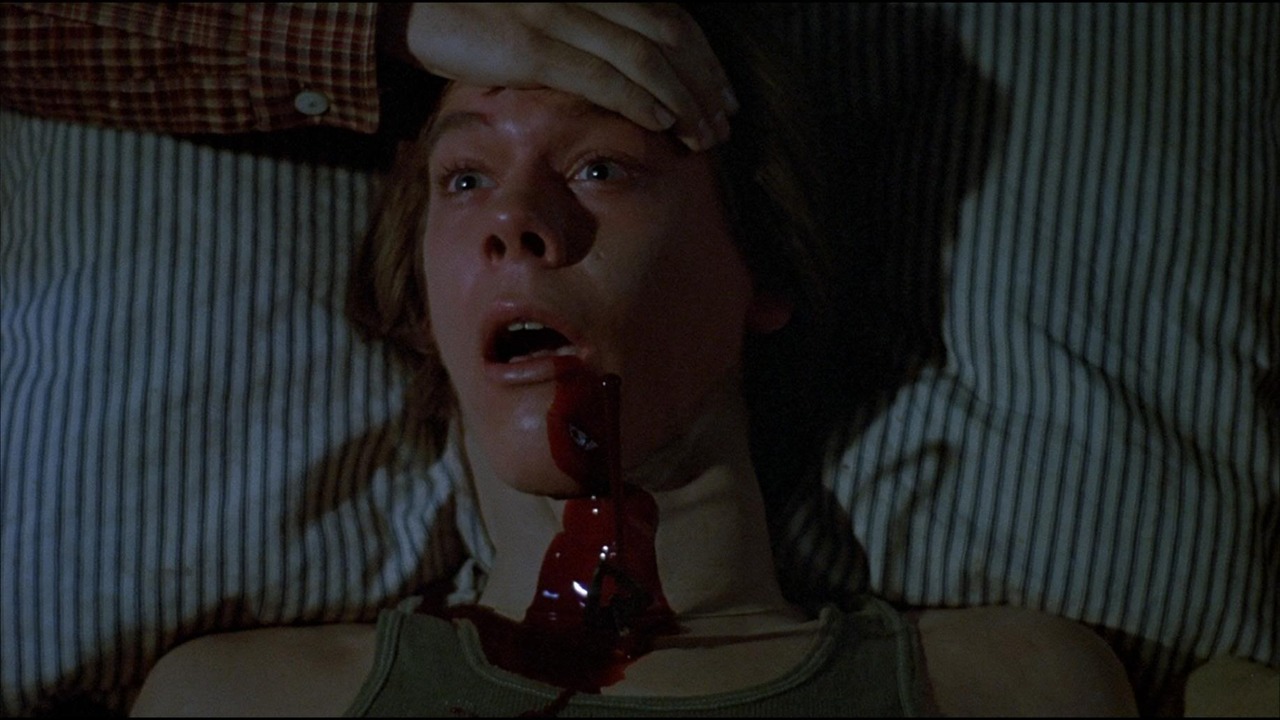 It’s been said many times that a movie is only as good as it’s score (actually, I just made that up), and Harry Manfredini’s work on this movie is certainly no exception to that rule. The iconic sounds that only play when the killer is afoot – “ki ki ki….ma ma ma” – was a clever tactic by Manfredini to identify when it was time for a murder. Think there’s going to be a murder, but you don’t hear the sounds? Then rest assured, there’s not going to be a murder. The syllables, though often confused for “chi chi chi…ah ah ah” are a reference to Betsy Palmer’s lines at the end of the film: “Kill them, mommy.”

Friday the 13th would go on to launch one of the most successful horror franchises of all time and would also prove to be extremely beneficial for Tom Savini’s career. He’d go on to work with legends such as George A. Romero and many others, as well as continuing his work on this particular franchise, so get familiar with his name. He’s embraced his work on these films so much that he’s even on board with the upcoming video game. As for Kevin Bacon? Well, getting him to speak about this movie until only recently has been like trying to squeeze blood from a stone. Come on, man; you were undeniably the best actor in this film. Why try to avoid the questions for so many years?

When all is said and done, the original Friday the 13th is simply one of the best horror movies of all time. We’re presented with a beautiful summer day that turns into a blood-drenched, rainy night, with a great amount of jump scares and imaginative kills, ending with not only one, but two of the greatest surprises in any movie from the 1980’s and beyond. It’s a gamechanger for sure, and although you’ll never get anything too cerebral from the franchise, you know that every time you put on one of these films, you’re in for an hour and a half of gory fun. Well, maybe not every time…but we’ve got a decent amount of movies before that.

Stay tuned to The Franchise Files to find out which movie is the exception and how the franchise has grown since the original’s debut. There’s a lot more blood coming this way, and even a man running around dressed like a crazy farmer in the next installment!

The Franchise Files – Friday the 13th Part 2 (1981) will be published for your reading pleasure on March 21st. Do your homework, watch the damn movie, and I’ll see you then!