Another season of The CW’s hit The Flash has come and gone. As the huge Flash fan I am (as previously mentioned on this very site) I’ve...
by Former Writers June 2, 2017 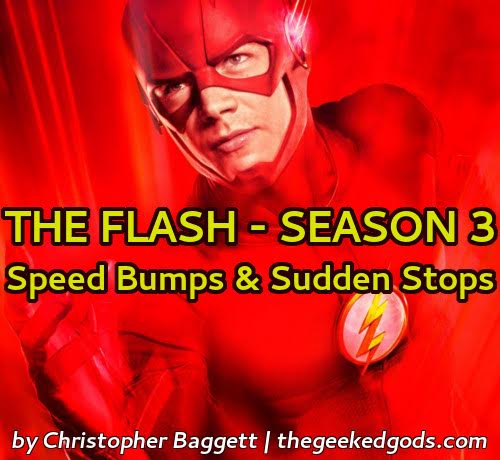 Another season of The CW’s hit The Flash has come and gone. As the huge Flash fan I am (as previously mentioned on this very site) I’ve dove voraciously into each and every episode. I loved the first season. The characters were human with needs and goals, and you bought in. Grant Gustin and Tom Cavanaugh worked off each other in amazing ways, creating a rich tapestry for the series to grow off of as the mysterious Professor Wells stood revealed as Eobard Thawne, the Reverse Flash. And while it faltered and didn’t have quite the thrill, season 2 was just as great.

But now season 3 has come to a close, and it pains me to say that it fell apart at the seams. I still found myself enjoying the individual pieces, mostly. To be clear: The Flash is far from a bad show. And as a central component of The CW’s Arrowverse, it does the job nicely. But in the long run, The Flash spent most of this season chasing its own tail, to the point of absurdity. 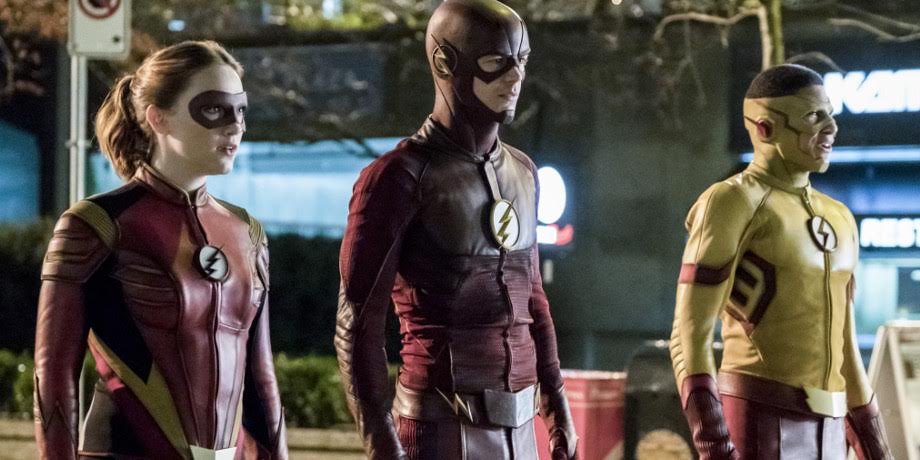 The Flash finally introduced a bevy of speedsters in season 3, but failed to realize the potential of a true Team Flash.

The season opened with Flashpoint, which was all but a pale shadow of the original story. Having gone back in time during the season finale, Barry saves his mother from Reverse Flash and creates a new timeline where his parents lived, and he never became The Flash. In his stead, Wally West is The Flash, teaming with his sister Iris.  Barry returns to find the world subtly changed to be noticeably worse, and that’s where the season starts to fall apart.

The season’s first significant change was the addition of Tom Felton as Julian Albert. Albert is a CSI working with Barry who, for reasons that aren’t readily apparent, harbors an irrational hatred of Barry. This is pretty much resolved and forgotten over an episode and a half when Albert is revealed to subconsciously be Doctor Alchemy, and he heralds the arrival of Savitar (we’ll get to him in a moment).

Team Flash goes through some changes, too. Joe and Iris are at odds after a plot resolution from last season never happened. Fortunately, they’re able to resolve this after an episode. Cisco is at odds with Barry because he refused to go back in time and save his brother Dante, who was killed by a drunk driver in the new timeline. Cisco is weird this season, out of character and blatantly a jerk. He nearly jeopardizes the world when he calls for a vote of no confidence in Barry during the big crossover event, Invasion!. Then he almost threatened the entire timeline by trapping Barry in the future because his feelings were hurt over Team Flash breaking up.

Caitlin Snow finally got her long anticipated turn as Killer Frost. With her metagene now active in the new Flashpoint timeline, Caitlin received not one, but two plausible, long-term solutions to the problem that were inhibited by people who didn’t know what they were doing. It’s kind of a sloppy turn, that I know I was supposed to be excited for, and Danielle Panabaker really put the work in. But it comes kind of forced and sloppy, and like the season’s other problems I find myself not inspired to care much.

Not inspired to care much, for what it’s worth, is the perfect description of Savitar. For the third consecutive season, Barry finds himself at odds with an evil speedster. But there’s a twist: Savitar is a sort of, not really, kind of future Barry. Technically he’s a Remnant Barry created in the future to fight Savitar, who through shenanigans and time travel becomes Savitar. And he’s pissed because the people who loved Barry rejected him because he wasn’t the “real” Barry. The reveal of Savitar as Evil Barry is supposed to be a huge reveal, but there’s a problem: it doesn’t happen until four episodes from the finale, and there’s very little indication that Savitar’s real identity is worth knowing until it happens. The end result is a rushed, sloppy finale hinging on a half thought out plot twist that left me disappointed and wanting more. 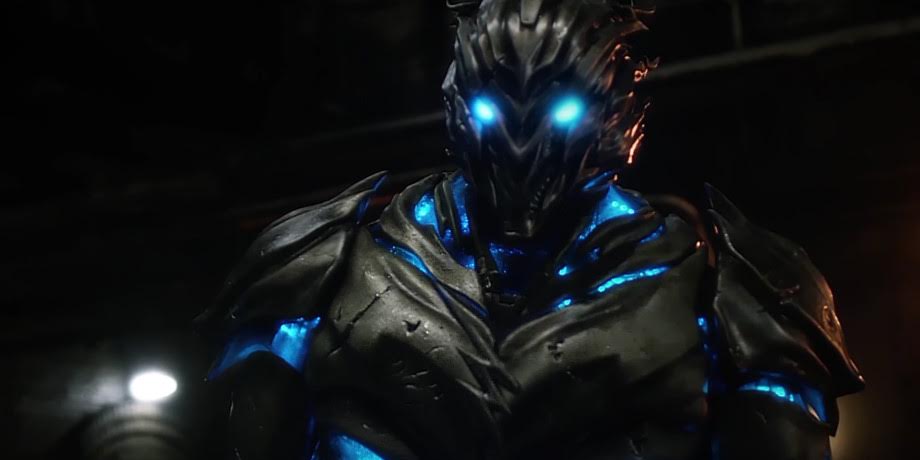 Season 3’s Big Bad, Savitar, is a mishmash of poor execution and half ideas.

But the real villain of season 3 may surprise you. It’s Barry himself. Not Evil Barry, but honest to God, titular character Barry Allen is the cause of all of his own undoing this year. He almost beats Savitar on a few occasions, only to fall short. He brings Wally West, now with powers and determination, into the fold as Kid Flash. Kid Flash exists to be better at Barry at everything but twice as incompetent, and that’s a damn shame. I really like Keiynan Lonsdale’s Wally West, but he’s little more than a prop for this season’s drama. Barry is a selfish prick to everyone in Season 3. Following Flashpoint, when his friends have very real, somber, very immediate problems, Barry manages to find a way to shift everything around to Flashpoint and lead a one-man pity party on himself.

There were good things this season, thankfully. Keiynan Lonsdale and Violett Beane’s Wally West and Jesse Quick were great, though they were both quickly pushed aside and served largely just to highlight how much more important Barry is. The returning John Wesley Shipp is always a treat, especially getting to see him in full on speedster mode as Earth 3’s Jay Garrick. 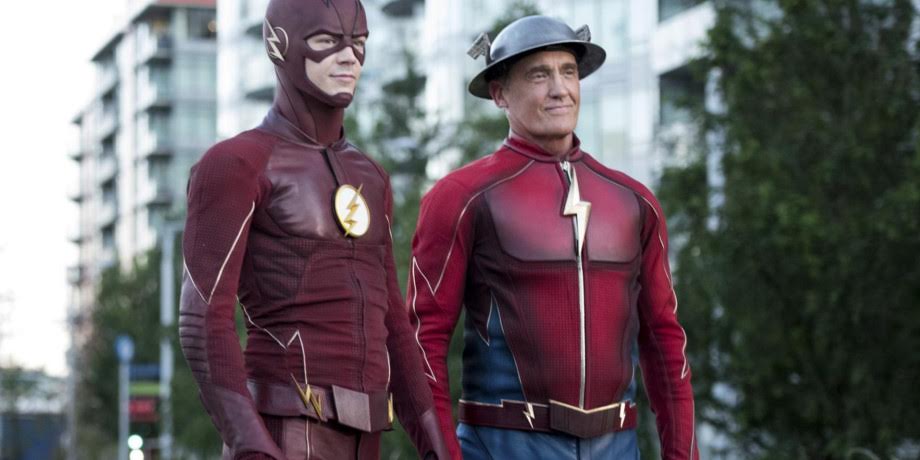 John Wesley Shipp’s Jay Garrick is back this season, and his few appearances are a real treat for fans old and new.

I did enjoy season 3 in the long run (no pun intended), but overall the season started to lose me towards the end. It was a season built on plot contrivances, all geared towards pitching at viewers a huge twist that wasn’t thought out terribly well. Season 4 is already in pre-production, with talk of a villain who isn’t a speedster and fans eager to find out what happens to Barry after he entered the Speed Force in the finale. Hopefully, the team can learn from the mistakes of season 3, and present us with a stronger all-around season.

The Flash – Season 3 is now available for streaming on Netflix.