“The Exorcist” Television Show Review   If you are a fan of the film, “The Exorcist,” you will not be upset by the television series, based on the same...
by Former Writers February 10, 2017 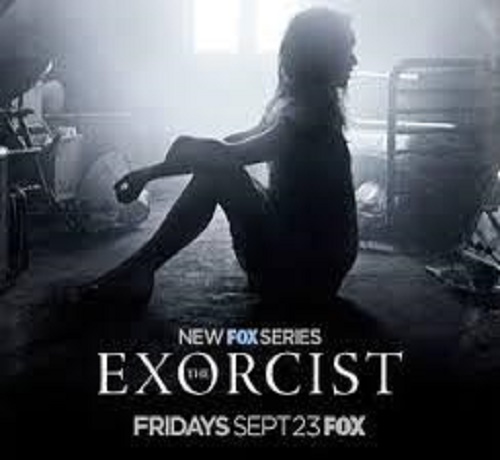 If you are a fan of the film, “The Exorcist,” you will not be upset by the television series, based on the same book that was the basis for the original film. With just ten episodes in the first season, it is easy to get addicted to the show and become entranced by the Rance family as well as intrigued by the priests sent to perform exorcisms. In short (and SPOILERS ahead), the Rance family has suffered some serious setbacks. Patriarch, Henry, sustained brain injuries on a job, Katherine the eldest daughter was just in a car accident that killed her close friend and possible lover, Julia. The mother Angela Rance is feeling a strange and almost demonic presence in the home. This is where Father Tomas Ortega comes in to help Angela figure out what is wrong with Kat and if there is a demonic presence in the home. 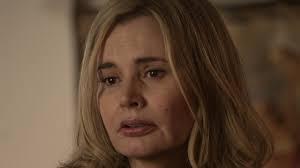 When Father Tomas Ortega gets to the home, he quickly learns that Casey the level-headed sister is possessed. Father Tomas Ortega enlists the help of Father Marcus Keane, known for exorcisms and who has been all but exiled by the Church, to help him. Marcus’s last exorcism resulted in the death of a young boy so Marcus does as much research as he can to figure out the best ways to go about a successful exorcism. The situation with Casey continues to get worse, to the point where she breaks a young man’s jaw on the train and is put on a 51/50, 72-hour psychiatric hold. The demon that has possessed Casey is an older man with rotting, brown teeth and tattered clothing, appearing like a human crow. Once Casey is released from the psych ward on a legal technicality, Tomas agrees to perform the exorcism with the help of Marcus. But, taming this demon is not going to be so easy as the amount of people whom have been possessed is on the rise. The possessed went on to kill nine people in the first few episodes for their organs like eyes, genitals, hearts, etc. in order to perform a summoning, per the devil’s request. 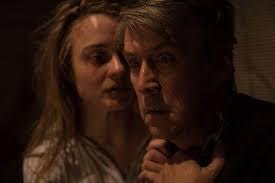 This is probably one of the hardest exorcisms to perform as Casey has somewhat given herself to the Devil so that he won’t kill people around her. But, the crux of this whole show is that it is simply a continuation of “The Exorcist” film as we learn that Angela Rance is SPOILER…..Regan MacNeil. After her mother, Chris wrote a tell-all book about her daughter’s battle with the devil, Regan changed her name and told people her mom had died. Angela’s lie is unraveled when the devil inside of Casey spilled the beans to Henry, Angela’s husband. This is troubling because Henry has no idea who his wife is, especially after her “deceased” mother shows up to help find Casey after the possessed child runs away. Angela/Regan now has to relive her childhood trauma in order to attempt to save her child, as she knows that the devil is really after her and not her daughter.

As I had mentioned, “The Exorcist” is probably the scariest movie of all time and this series is one I had to watch with the lights on! Overall, the TV version keeps your attention and makes you want to know what will happen next. The effects are better than in the films, the acting, especially that of Ben Daniels (Father Marcus), Alfonso Herrera (Father Tomas), and Hannah Kasulka (Casey Rance) is impeccable. There are some nods to the film as the family eats pea soup for dinner, which Casey throws up. There is a time jump, five months ahead, to when Kat gets into her accident, and it is hard to gauge when we are back in the present or five months behind. My biggest issue with this series is seeing Geena Davis assuming the role and acting as if she was the original character. She does a great job as Angela/Regan, but die-hard fans will want Linda Blair back in this role and not someone else. 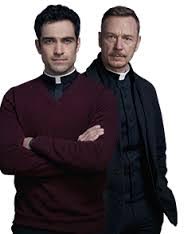 Aside from that, I would highly, highly recommend this FOX series, now streaming on Hulu, to horror fans. It is addicting and heart-pounding; the possessions are beyond terrifying and heart-stopping as you cannot look away. Forty-two minutes per episode goes by in a blink of an eye, and I only hope that there is a second season. Right now, that is up in the air but there is hope as the show received 77% on Rotten Tomatoes, so take a look and if you become an addict as well, tweet FOX and tell them you want more! I know that is what I am going to do! Enjoy.