The Empire Strikes Back: An Appreciation While many fans (myself included) are still buzzing with excitement from last December’s The Force Awakens, it’s only logical to look ahead and...

While many fans (myself included) are still buzzing with excitement from last December’s The Force Awakens, it’s only logical to look ahead and ponder over the possibilities as to what lies in store for Luke, Finn, and Rey. The First Order is becoming shockingly more powerful, and we’ve lost one of our most beloved heroes in all of science fiction. What’s next? How will the story progress from here? While it’s fun to debate theories with friends (and enemies, too – everybody likes these movies), it’s also a bit pointless; we’ll figure out what happens in the next film when the next film comes out. For me, it’s much more logical to go back and discuss what we do know and have watched with wonder for years.

I could sit here and type out a novel about the production of 1980’s The Empire Strikes Back and what went into making this extremely important chapter in the Star Wars franchise, but I’m not going to do that. Instead, I’d like to focus on what makes Star Wars so important to me: the excitement that I felt when I had first watched it; the excitement that I still feel, even today, just talking about these movies. This feeling is at the core of the foundation for every fan’s infatuation with these movies, and although many see this movie as pretty dark for The Galaxy Far, Far Away, the darkness actually adds to the original excitement set forth in A New Hope. In other words, it’s not really all that bleak. 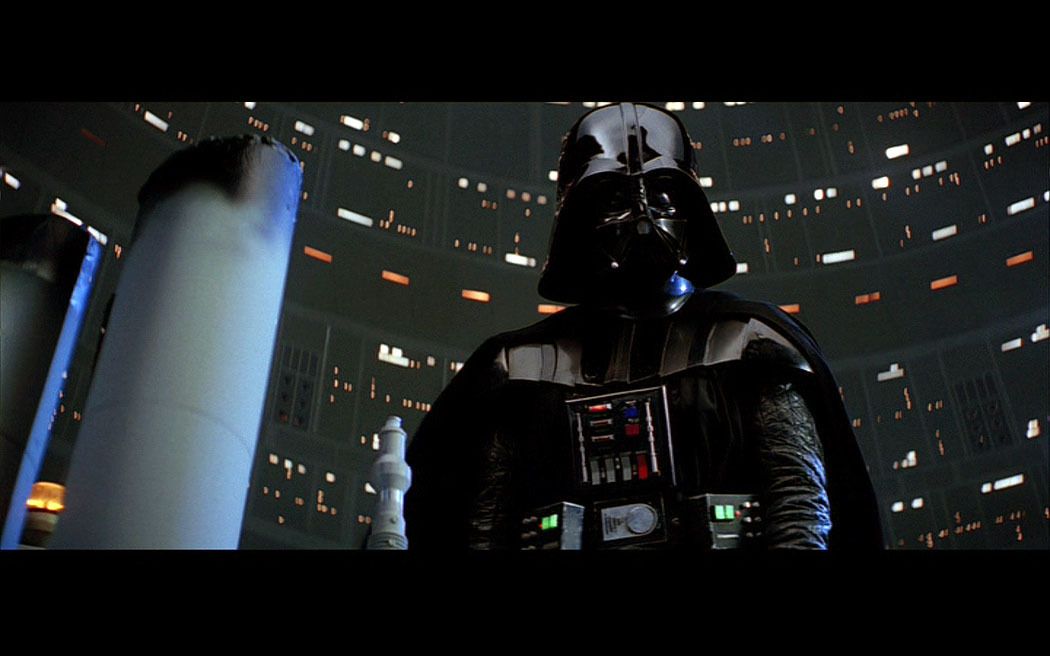 Where A New Hope shares its excitement with the world by being fun, fast-paced, and adventurous, The Empire Strikes Back uses the original as a reference point to add to the film’s grit; a stark contrast that would not have been as impactful had the first been more mature. The first introduces us to a world with funny, quirky droids and doe-eyed apprentices, along with the stereotypical cowboy-type and a whole plethora of characters in which you could pick your favorite from. The second installment asks us to dig deeper with these fictional people and begs us to care; it asks us to use our emotional investments in them to feel pain and sadness at their loss and defeats. The tone of the movie is dark, yes, but it’s only as dark as your ability to emote with these space princesses and scruffy looking nerf herders.

It is this level of darkness that the excitement grew for me and for many others like me. Quite simply, things that border on the darker side of the human (or inhuman) spectrum are what interests me, and as a young horror fan, I can remember being completely engrossed by the fact that our innocent hero from the first film comes close to death within the introduction of Empire. I’m not claiming that this film is even close to resembling a horror movie, but I will say that for a child, there are some seriously scary moments here. My first impressions of this film as a kid were those of slight fear of the uncertainty that our heroes would be able to get out of this film alive. Empire made great use of the “less is more” style of filmmaking when Luke faces off against the Wampa…it’s just around the corner, and you know it’s there, but it’s hiding, waiting for the perfect moment to strike.

Listing off the scenes in which this film delves into dark territory would simply be a cop-out for a piece of writing and a way to take up space, as we all know the scenes of it by heart at this point, so I won’t bother with that either. It’s easy to say that this movie was the darkest Star Wars film at the time, but analyzing the underlying reasons behind the darkness may be a bit trickier. And with that, I’d like to point out that the real reason this film should be celebrated is not for the darkness that these characters go through, but the friendship they share and the way in which they handle such trials.

In the beginning of the film, Han Solo, a seemingly selfish renegade puts his life in severe danger to go out into the frozen wasteland of Hoth and search for Luke. The character development in that action alone speaks volumes about this iconic smuggler; though Solo would like to paint himself as a lone wolf, he’s is way more of a team player that he realizes. His heroism is shown time and time again, showing him to be way less of a cowboy and way more of a knight…just in a less conventional and not-so-obvious way. His bond with Chewbacca alone is one of the most heartwarming friendships in any cinematic universe, one that has been able to last through the years and all the way to the bitter end for the pair.

Chewbacca himself is much more of an essential character than he appears as well, capable of heroism just as much as the rest of this team. He carries C3-PO on his back when the droid is at his lowest, disassembled into a multitude of parts, which is actually pretty significant. At the end of the day, us fans care about these droids for their quirks and silliness throughout the films, but not many people in the Star Wars universe see them as anything more than mere robots. In contrast to this, Luke, Leia, Chewie, and probably even Han see these droids as integral members of their team, otherwise, they would’ve left them behind a long time ago. 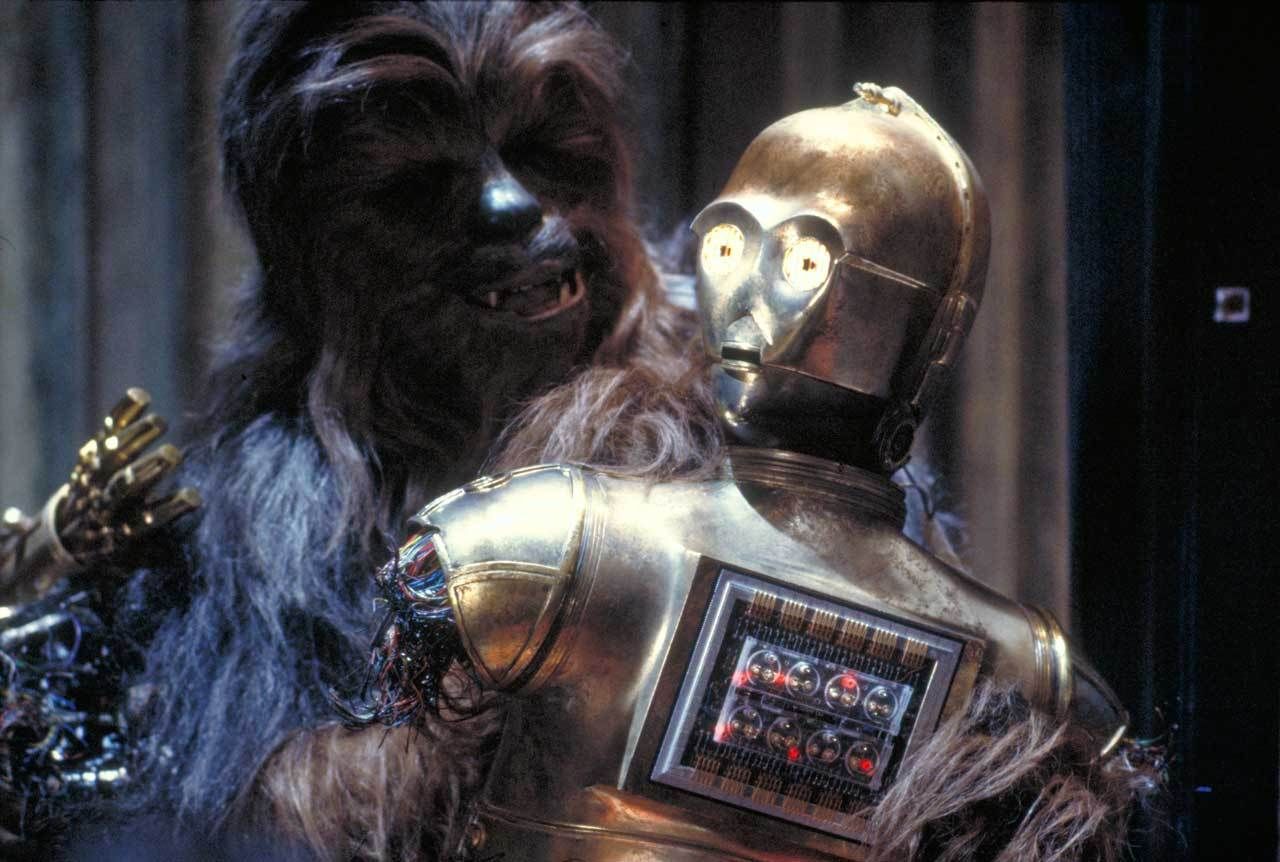 And who could forget the sheer overwhelming sense of awesome upon seeing Boba Fett for the first time on the big screen? Yes, he’s barely in the films, and we’ve seen him before in cartoon form during the dreaded Holiday Special, but it’s awesome nonetheless. A character whose popularity relies on him just looking cool as all hell and really nothing more. That in itself is pretty amazing. The introduction of Yoda as well is fantastic in the most literal form of the world; the entire setting of Dagoba injects a sense of fantasy in an otherwise computerized space environment.

Even at its most elementary level, this episode succeeds in terms of pure adventure alone. The adrenaline rush that the lightsaber battle between Luke and his father gives is a serious one, full of tension and just pure fun. The crash of the sabers as they slam together along with the searing, colorful lights that they cast are spectacles in their own right. Throughout all of the lightsaber scenes in all of the episodes, this may just be the best one…and 78 million backflips were not even needed. Go figure.

The Empire Strikes Back is undoubtedly a dark entry in the Star Wars storyline, but it is also a movie filled with friendship, action, and surprising reveals. If you don’t feel anything, when Vader delivers his iconic lines to Luke at the end of the episode, then it’s quite possible that you’re a person incapable of grasping the true excitement that this fictional world has to offer. Even after all these years, this movie is able to conjure up feelings of adventure and excitement like no other movie could. This is what all science fiction movies should strive to be.

The Wraith- is it Fast and the Furious or Furious and the Fast?