The Critical State of STAR WARS, Post ROGUE ONE By Christopher Baggett   I’m not unique when I say I grew up on “Star Wars”. I have fond memories...
by Former Writers January 5, 2017

I’m not unique when I say I grew up on “Star Wars”. I have fond memories of sitting with a flashlight and a cheap knock-off laser sword toy, pretending I was a Jedi. I got excited for and disappointed by “Episode I” right alongside everyone else, waiting outside the theater wearing a Darth Maul tee. My co-workers and I all took turns sneaking to the back to watch the first “The Force Awakens” trailer, each returning with an ear to ear grins. “Star Wars” is back, and there’s no more exciting time to be a fan. But with the new future being a new “Star Wars” movie every year, until the end of time, I’m already starting to become concerned. 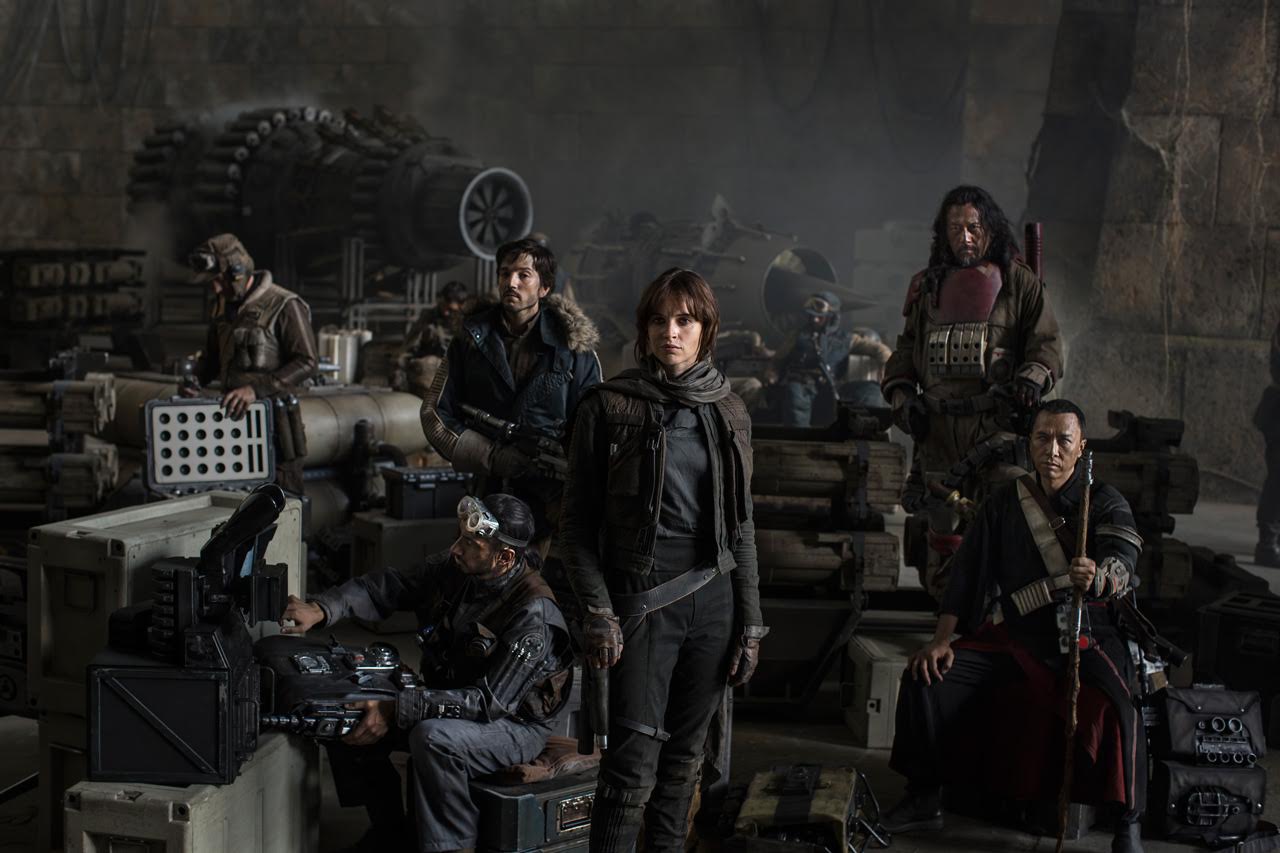 By now you’ve probably seen “Rogue One” (if you haven’t, why are you reading this? Spoilers, obviously.). Now 2016’s second highest grossing film according to Deadline, “Rogue One: A Star Wars” Story follows Jyn Erso and a band of characters you probably already forgot the names of as they try to find/rescue her father/steal the Death Star plans. It’s not a bad movie. It’s an entirely serviceable action adventure romp with some fun moments and a touch of humor. The problem is it’s lazy, and in much the same ways “The Force Awakens” was.

So much of the intended charm and appeal of “Rogue One” has nothing to do with the characters. “Star Wars” has fallen into a rut, and it’s that the franchise thinks it needs only one thing to succeed: “Star Wars” itself. Peppered with references to “A New Hope”, the story jets to familiar locations such as Yavin IV and Alderaan. Scenes prominently feature cameos from characters like Ponda Babba and Dr. Evazan. It reaches the point that the film relies on these old nods, spending time on these cheap pops instead of building characters. Jyn has a paper-thin backstory, and she’s the lucky one. Cassian and the rest of the almost forgettable team have cool moments, but we’re given no reason to care about them. “Star Wars” no longer creates or invests in new characters and ideas, setting the franchise on course to become worryingly stagnant.

Despite passing away in 1994, Peter Cushing returns as villainous Grand Moff Tarkin thanks to archive footage and CGI. Img: ILM via New York Times

It almost feels as though the good faith of the fans has created an environment devoid of risks. This is no more apparent than in the CG recasting of characters such as Peter Cushing’s Grand Moff Tarkin. Tarkin’s an odd bit of “Star Wars” lore. He should be a footnote in the franchise; a story device needed to establish the power of the Death Star and Darth Vader in a film lacking the budget to do so. “Rogue One” replaces Cushing (who passed away in 1994) with a stand-in and a CG approximation of Cushing’s face inserted. It’s a jarring, distracting effect that takes you out of the movie. It’s a shame because we’ve already seen that recasting works in these films. Mon Mothma herself is proof. Originally appearing in “A New Hope” and “Return of the Jedi”, then-72-year-old Caroline Blakiston didn’t return for “Episode III”. She was recast with Irish actress Genevieve O’Reilly, whose scenes were cut but reprises the role here. The digital resurrection of Peter Cushing sets a worrying precedent. With an endless supply of digital actors, Star Wars can go back to the well forever.  Stars long gone can be puppeteered with CG models rather than recasting or creating new characters. 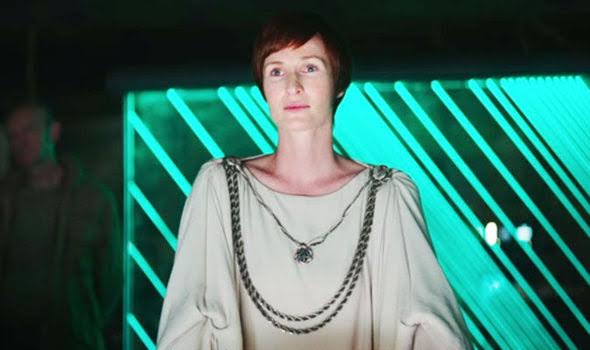 Mon Mothma joins a unique and small group of characters to be recast across multiple films in the ‘Star Wars’ franchise. Img: Lucasfilm

Despite these harsh comments, I’m still hopeful. “Episode VII” had a lot of good about it, enough to connect with me emotionally. “Episode VIII” director Rian Johnson has already demonstrated on Twitter an ability to think outside the box, referring to the prequels as “a 7 hour long kids movie about how fear of loss turns good people into fascists”. And that’s all we need to get back on track: someone to think outside the box. Someone to look at the tropes and standard fare “Star Wars” plot and try to swerve it hard to the left in a way that makes sense. Disney has shown they’re willing to do it with the Marvel Cinematic Universe. Films like “Guardians of the Galaxy” were huge risks, big budget films based on the most minute aspects of little-known properties. Despite being panned at release, “Iron Man 3” took a huge risk by being not about Iron Man, but about the quiet mental breakdown of Tony Stark (something you could argue is still going on in the films).

Am I saying “Episode VIII” should be about Finn’s mental breakdown or the adventures of obscure bounty hunter Jaxxon? No. And yes, these franchises will eventually go back to their roots, but all you need to make your point is one stand-out entry. If Disney is willing to break the mold and tell one exciting, new “Star Wars” story that doesn’t rely on 30 years worth of continuity nods and creates new locations and characters to explore a vastly uncharted universe further, then the Star Wars franchise is going to be alright.