The Case for Reading Wonder Woman

By Tahlia Merrill Kirk Twitter @MissMystra   I’m setting myself a goal for this post. Discuss Wonder Woman without mentioning her outfit, feminism, or using the phrase “role model... 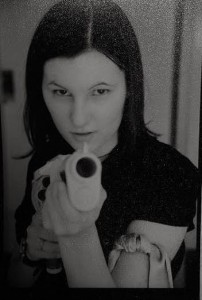 I’m setting myself a goal for this post. Discuss Wonder Woman without mentioning her outfit, feminism, or using the phrase “role model for young girls”. Because, while all those topics are completely legitimate, let’s be honest–we’re tired of hearing them. So let’s talk about some other reasons why YOU should be reading Wonder Woman right now.*

First off, do you remember all that stuff you learned in school about Greek mythology? Well, it’s all in Wonder Woman, except now it’s double awesome. WW perfectly shows how Greek mythology is one big soap opera full of family drama and political intrigue. It’s kind of like a cosmic Game of Thrones or House of Cards–everyone has an agenda and Diana never knows who she can trust.

Not many comic books take religion seriously, but WW treats Greek mythology’s topsy turvy structure with a sense of gravitas. For Diana, the gods aren’t just powerful beings, they are her creators and faith plays a very real role in her everyday life. As an Amazon, Diana has to walk the fine line of being a devoted follower of the gods without becoming their pawn. 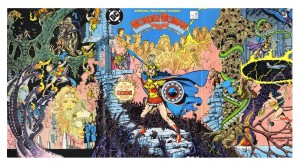 Sidenote: have you seen the latest WW incarnation’s Greek Pantheon in The New 52 series? Poseidon as a whale/octopus/jellyfish monster = awesome. 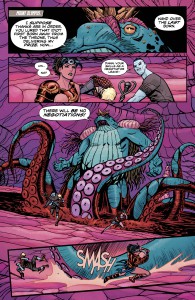 On a more personal note, I think we all have a superhero we feel a special connection with. Maybe you’ve been overlooked by your crush, so you’re a Spidey fan. Or maybe you keep Captain America poster on your wall as a reminder of when you overcame bullying. Well, for me, I always felt a kinship with WW because we both came from happy, yet sheltered childhoods. I grew up as a geeky homeschooled kid who generally got along with my parents. Reading about Diana’s idyllic life on Paradise Island gave me hope that my lack of angst wouldn’t lead to a boring life. Plus, we both dealt with culture shock after we grew up and left our bubbles. I think everyone has had a time in their lives when they’re struggling to grow as a person without losing their identity and that’s one of the reasons Diana’s story is so relatable. How much of her culture can she bring to America? How much should she bring? There’s a time to be a teacher and a time to be a learner, but how do you tell the difference?

Sidenote: I like to imagine Diana’s pre-Wonder Woman life as a Greek version of Gilmore Girls. Can you just see her and Queen Hippolyta cracking jokes about their neighbors’ quirks over a cup of nectar? 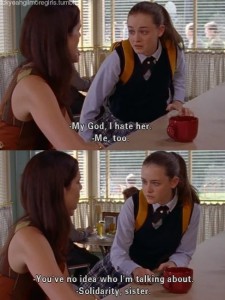 Alright, I know I didn’t launch into a monologue about WW’s bullet blocking bracelets or her lasso of truth. Some people rate superheroes based on who has the better power/equipment (“How can you not like Batman, he has the Batmobile” / “Yeah, but Superman can FLY!”), but I’m a big believer that a compelling story is more important than what weapon is carried. So I am going to rest my case here and hope that anyone who has previously written Wonder Woman off might reconsider. I recommend starting your journey HERE.

*Disclaimer: I am most familiar with 1980’s WW series by Greg Potter and George Perez and will be focusing less on the original series in the 40’s by William Moulton Marston. Of course, like every superhero, WW has tons of reincarnations that all put unique twists on her story and I’d love to hear from fellow fans about which series is their favorite and why.