Taboo Season 1 Review By Rich Spinello I feel as if I’ve spent more time in the past two months telling people how great Taboo is and how necessary...
by Former Writers March 14, 2017 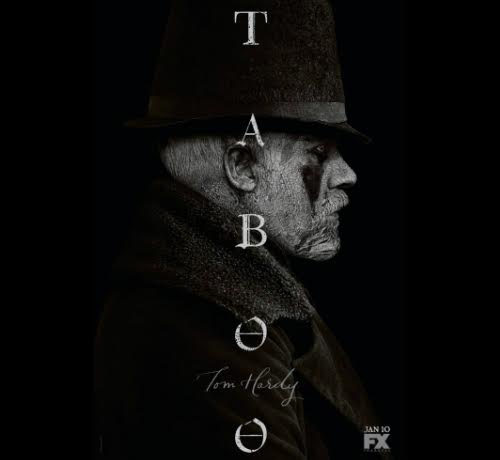 I feel as if I’ve spent more time in the past two months telling people how great Taboo is and how necessary it is for them to be watching it than doing anything else. Jonathan Pryce and Tom Hardy in 1814 London; what more could you possibly want? Taboo submerges us in a deep, dark plot ensconced by violence, magic, murder, mystery, intrigue, betrayal, and heartbreak. Oh, and did I mention it stars Tom Hardy and Jonathan Pryce? 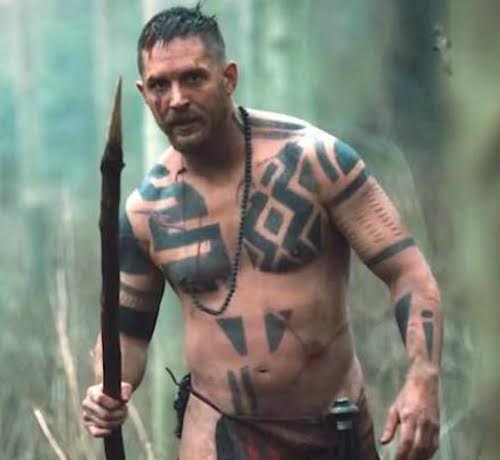 Taboo was conceived and produced as a joint venture between FX and BBC One. The networks premiered Taboo with near simultaneous airdates. The first episode went live in the United Kingdom on January 7th and then later in the United States on January 10th. Taboo is the collaborative brainchild of showrunner Steven Knight (who also created the fantastic Netflix Original, Peaky Blinders) and Tom and Edward Hardy (Tom Hardy’s Father). The original story for Taboo was conceptualized and written by Tom and Edward Hardy, as well.

The plot of Taboo follows the ever-brooding James Delaney (Hardy) and his return to London after many years abroad and presumed dead. Delaney’s return to London is in the wake of his father’s passing, and he has presumably come home to see to his father’s affairs. However, Delaney’s plans are far more intricate and complex than a mere funeral as you will see as the Taboo’s first season plays out.

Delaney’s return to London heralds a panic among the English Crown’s royal plots as well as the globe-spanning East India Company, as both were poised to exploit the death of Delaney’s father. But James has other plans for them as he continually manipulates the Crown against the East India and vice versa throughout the show, always seeming to be one step ahead. Perhaps, due to some magical powers inherited from his Native mother? 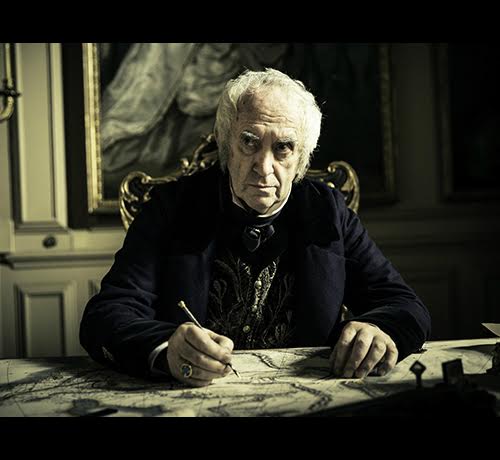 Besides Hardy and Pryce there were many other wonderfully outstanding performances in Taboo: Oona Chaplin portrayed Delaney’s frantic sister, Zilpha. Stephen Graham, famous for playing Al Capone in HBO’s Boardwalk Empire, did a stand-up job as street tough who served as a goon for Delaney’s devious plots. And Edward Hogg played Delaney’s foppish, flighty informant. 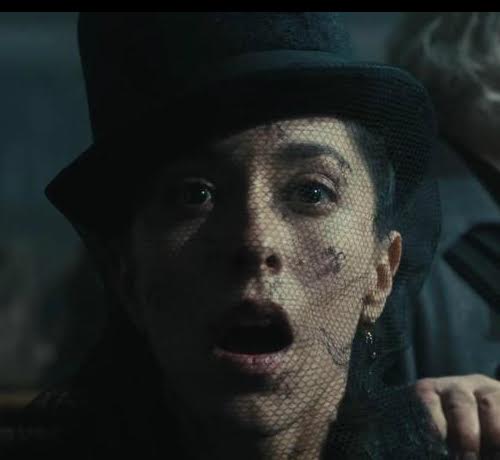 The production values, much like the cast of Taboo, were excellent. Taboo portrays a dark and gritty London, wrought with near constant overtones of gray and black. Taboo creates a much more accurate portrayal of the “old timey” London than many shows and films which seem to believe the period was quaint and flowery.

Taboo may not be the most action packed show on television right now, so I will not defend the pacing of it; this being said, I for one could watch Tom Hardy grunting and darkly staring his way through most anything for hours at a time. And given the success of Mad Max: Fury Road, I do not think I am alone in this.

Though many media outlets have been very critical of Taboo, it has already been renewed for a second season that will premiere on FX and BBC One next year, hopefully. So obviously, I wasn’t that only one who found Taboo to be utterly captivating from start to finish. I am salivating at the thought of the next season, and it couldn’t feel much farther away. The length might feel more significant to me personally because of my obvious “man crushes” on Tom Hardy and Jonathan Pryce… if that wasn’t made clear in the beginning. But who the hell doesn’t love these guys? Seriously!

Taboo ran for eight episodes and is currently available for digital download on Amazon or streaming on FX Networks and Vudu.

And now that you’ve read this…I’ve got a use for you.

Go forth and watch Taboo.