Table Top Games to Play for One or No More than a Few Game Sessions Tabletop RPGs are fun and can be a great way to improve social skills,...
by Jake Hill January 31, 2017

Tabletop RPGs are fun and can be a great way to improve social skills, abstract problem solving, and working with a group. They can however, be incredibly time consuming. While there are some players proud of their high level character or the horde of loot they’ve amassed over the years, some are intimidated by the idea of needing to play a game for not just hours, but for years before they see significant progress. Fortunately, the RPG scene is vast and diverse. Here are four games that are fun to play for one (or no more than a few) game sessions.

There’s no RPG easier to get into than “Lady Blackbird.” The rulebook is a free, 16-page PDF. And that, plus some dice, is all you need! Set in an original steampunk world, the setting is easy to get a handle on, and is full of character. The story goes like this: Lady Blackbird is on the run from Count Carlowe, trying to escape an arranged marriage. She hires a crew of smugglers to take her to the haven of her secret lover, pirate captain Uriah Flint. Lady Blackbird, her bodyguard and the smugglers are captured by an Imperial Cruiser, and it is here the game begins.

There’s no character creation, as the book lays out the characters for you. One player takes on the role of Lady Blackbird, another plays as her bodyguard Naomi Bishop, and the rest play as the crew of hired smugglers (Captain Cyrus Vance, burglar Kale Arkam, and Snargle the Goblin pilot). The rules, which take about 30 minutes to read, encourage the Game Master to heavily improvise. Despite the specifics of the setting, there are a lot of different directions the story can go in, and the rules PDF gives descriptions of a number of locations the party can end up. The mechanics support the one game session style, giving players a limited pool of dice to use by the end of the story.

If you find yourself and your game group too busy, or someone is reluctant to play, there’s no easier way to get into RPGs than “Lady Blackbird,” which is aimed at newbies. If you’re an RPG veteran who wants a change of pace, this game is perfect diversion from weekly dungeon crawls.

Maybe you or someone in your group read The Hunger Games and thought that it would be rad to roleplay something similar (or maybe you love Snow Crash or Brian K. Vaughan’s “Runaways”). “Misspent Youth” is an RPG of teens raging against a dystopia. Character creation gets really interesting. The players take turns in creating the despotic regime they want to bring down, and the Game Master asks pointed questions to guide character creation. Nobody has full agency over their own character; everyone contributes to every part of the game.

The game itself is based around one central mechanic: selling out. Each player plays a teenager-with-attitude that forms the central group of protagonists. There’s the cool one, the strong one, the fast one, the smart one, and the bad one. You do what you have to to bring down the Authority. When you fail a roll though, there’s no hit points to lose or anything; you are in serious trouble. To turn failure into success, you have to sell out. Suddenly, the purity of your fight becomes diluted. Cool becomes trendy, strong becomes vicious, smart becomes pedantic, and you get the idea.

There is a solid act structure of when the game ends. You can play a follow up, but after the final confrontation, this episode of the story is over. You can look at how many times the players sold out as a kind of score, and try to stay more morally pure the next time you play. The game has a ton of helpful resources to help you get started on their website, and the official character sheets are dripping with personality.

Spirit of the Century

Part of Evil Hat’s FATE System, “Spirit of the Century” is a two-fisted tale of pulp adventure. Players create adventuring archeologists, mystical shamans, lords of the jungle, or super-smart apes and go on adventures through the high octane world of 1920s pulp fiction. The rulebook walks a careful line of creating an evocative setting without filling in too many details. If you’ve seen an “Indiana Jones” movie or were ever a fan of “The Shadow”, “Tarzan”, or “Doc Savage,” you pretty much know what to expect.

The FATE System is different from most familiar RPG systems. While dice rolling and numeric stats are a thing, characters, places, and significant objects are made up of ‘aspects,’ colorful, descriptive phrases. Gameplay involves guessing, assigning, or using aspects in creative ways. Because of this, “Spirit of the Century” is a great game for English majors, or anyone turned off by games that involve arithmetic. The most successful players can turn a clever phrase.

The campaigns in “Spirit of the Century” are made up of episodes, all of which are given pulpy names. A single title can be played in one big session, and includes a completely self-contained adventure. The adventures can link together, but as every session has a beginning, middle, and end, a game “Spirit of the Century” can be as long or short as you’d like it to be. The rulebook goes into great detail about running one-off games or extending your story into a whole series. 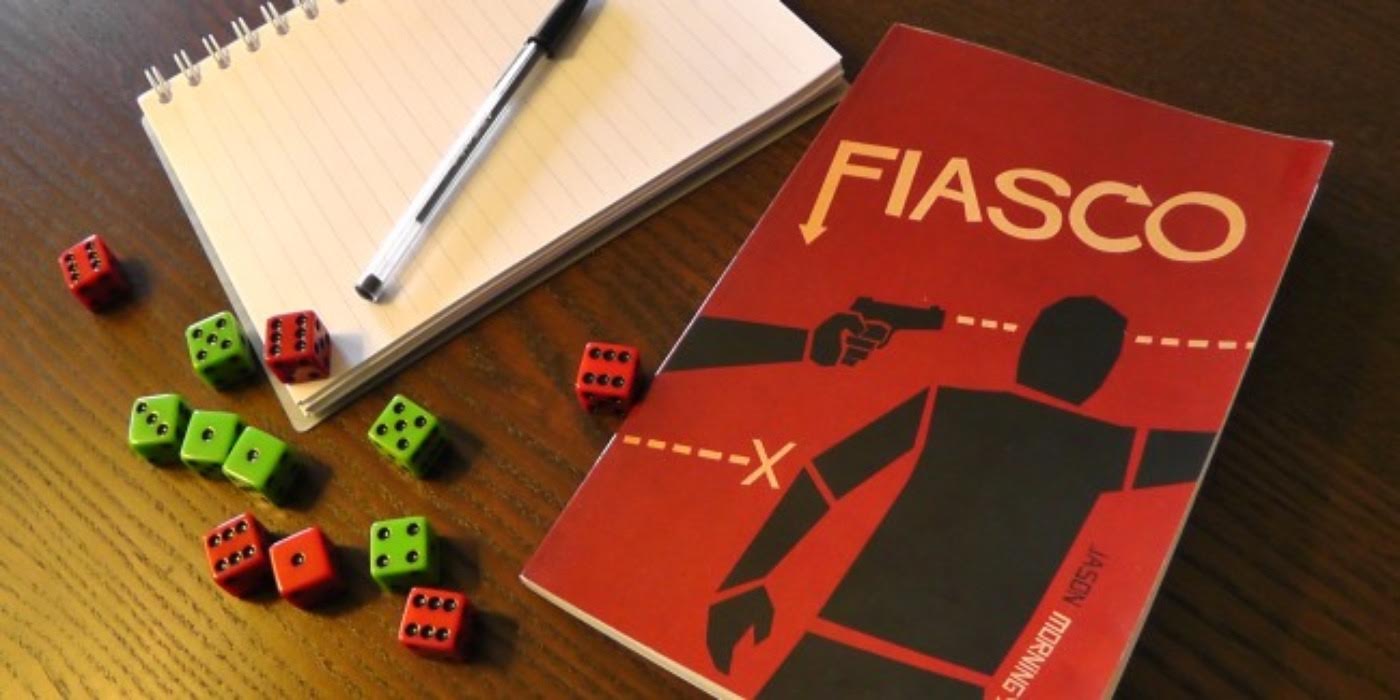 “Fiasco” is a game for people who want to feel what it’s like to be a character in a Coen Brothers movie. It’s about capers planned by people with big ambition, low impulse control, and less intelligence. Games play out like “The Big Lebowski,” “Burn After Reading,” or “Fargo.” The game is totally unique in that it doesn’t require a Game Master and it is only playable in single sessions. That’s because most characters typically don’t live through a single game!

It goes like this: players create characters, the objects they desire, and a few settings through a series of dice rolls, charts, and choices. They spend the first half of the game setting up the heist through a series of improvised scenes. These are usually one-on-one, and the players all interact with each other. The non-participants watch, laugh, and then vote for the winner who receives dice. Then there’s the tilt. Something huge goes wrong, something like “and then everything catches on fire.” The players scramble to come out on top, using the dice they earned from the first half of the game. Most of them probably die or go to jail. Finally, everyone participates in an epilogue, where the dust settles and the group agrees on every character’s final destiny. 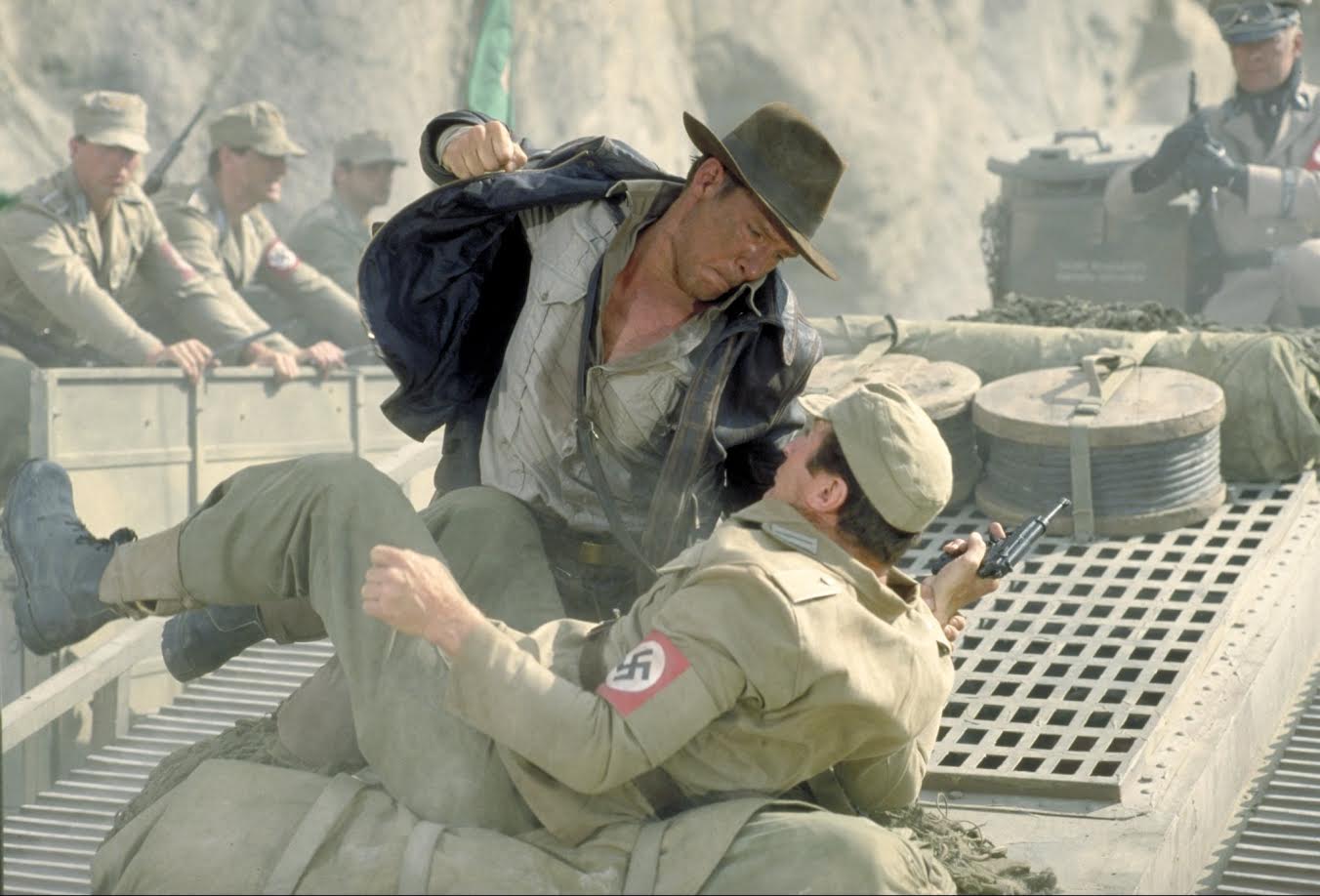 With so many games focused on heroic adventurers growing stronger and wealthier, it’s kind of refreshing to play a game where everyone is supposed to be terrible and dumb. The results are often hilarious. Of all the games mentioned here, “Fiasco” has the least dice to roll and is almost entirely based around negotiation and improvisation. It’s also uniquely fun to watch.

Whether you prefer fantastical worlds or typical towns, whether you want to play a grand adventure or a gritty tale of struggle, there’s an RPG out there for you. “Dungeons & Dragons” is great, but there is more out there for you and your gaming group. So buy some dice, download a PDF and test out a new game!