First we took a look at board games that will shatter friendships, or in the very least give them a trial by fire. Perhaps though, you feel that the...
by Jake Hill February 27, 2017

First we took a look at board games that will shatter friendships, or in the very least give them a trial by fire. Perhaps though, you feel that the world is divisive enough. You don’t need a board game to come between you and your loved ones. These games will challenge you for sure, but all of them are based in teamwork. Here are a few collaborative games to play that will bring you and your friends closer.

Good luck commander. Perhaps you are a fan of the recent excellent video game “XCOM 2”, or maybe you were a fan of “XCOM: Enemy Unknown” (and “Enemy Within”). Maybe you’ve even been a longtime fan of the series going back to when “X-Com” was spelled with a hyphen. No fan though, has ever played an XCOM like this.

XCOM the board game is totally collaborative and totally unique. Up to four players work together to defeat a cell phone app. The game comes with an app download, and that is what manages the complicated alien invasion strategy, which reacts in real time to how you and your friends play the game. 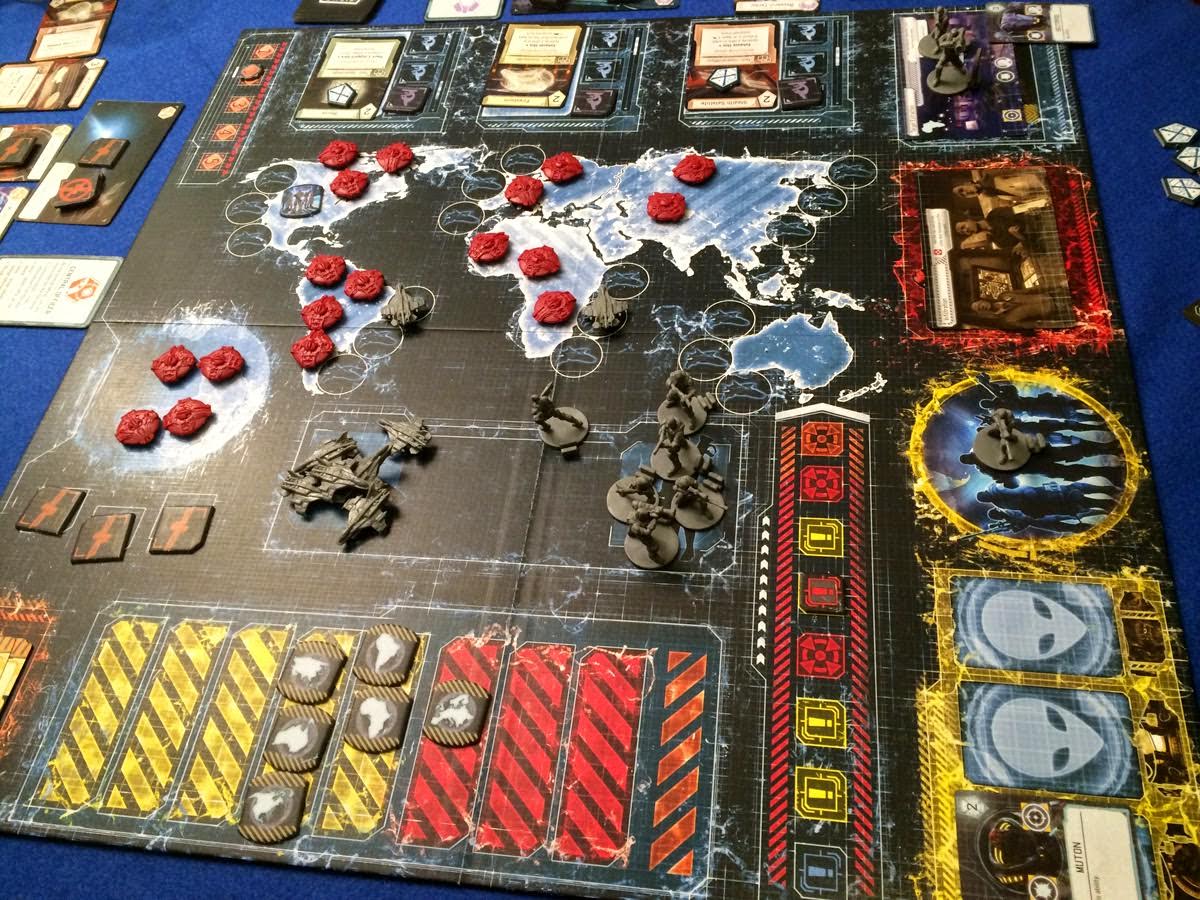 As with the single player game, there are various chief officers who oversee different parts of the XCOM operation. The Central Officer is the master of communications, checking the app and coordinating the other players. The Chief Scientist does research and manages resources in the XCOM base. The Squad Leader gives orders to the XCOM troops deployed on missions (and occasionally has to defend the base from alien retaliation). The Commander is in charge of the budget and is ostensibly the boss of the entire XCOM operation.

Since you’re playing a board game and not actually battling aliens in the field, XCOM ends up feeling like a very tense episode of Star Trek. Every officer has their job and shouts orders across the table as you are beset by crisis after crisis. The stakes keep rising and you’ll have to make sacrifices. You may not always agree. But to beat the punishingly hard XCOM board game, you and your team will have to work together and trust each other.

The original “Arkham Horror” is both the classic Cthulhu Mythos board game and the poster child for long, overcomplicated games. With about 715 cardboard pieces and cards, a big board, and an average of six hours of gameplay time, it could be an intimidating game. It was remade as “Eldritch Horror” a simplified (but not dumbed down) version of the same game, with a wider scope but less cumbersome rules.

Those familiar with Lovecraftian games know basically what to expect. The Horror games are about a team of investigators trying to prevent the coming of something unspeakably horrid and probably covered in tentacles. In “Arkham Horror” you explore a small Massachusetts town, “Eldritch Horror” has your investigators hopping all over the globe. You solve mysteries, run from monsters, and close portals, hopefully faster than they open. If you can close enough portals, you win the game. If not, a beast from the extended Lovecraft Mythos awakens and you are given one last push to save the world. You probably won’t. The Great Cthulhu doesn’t go down easily. 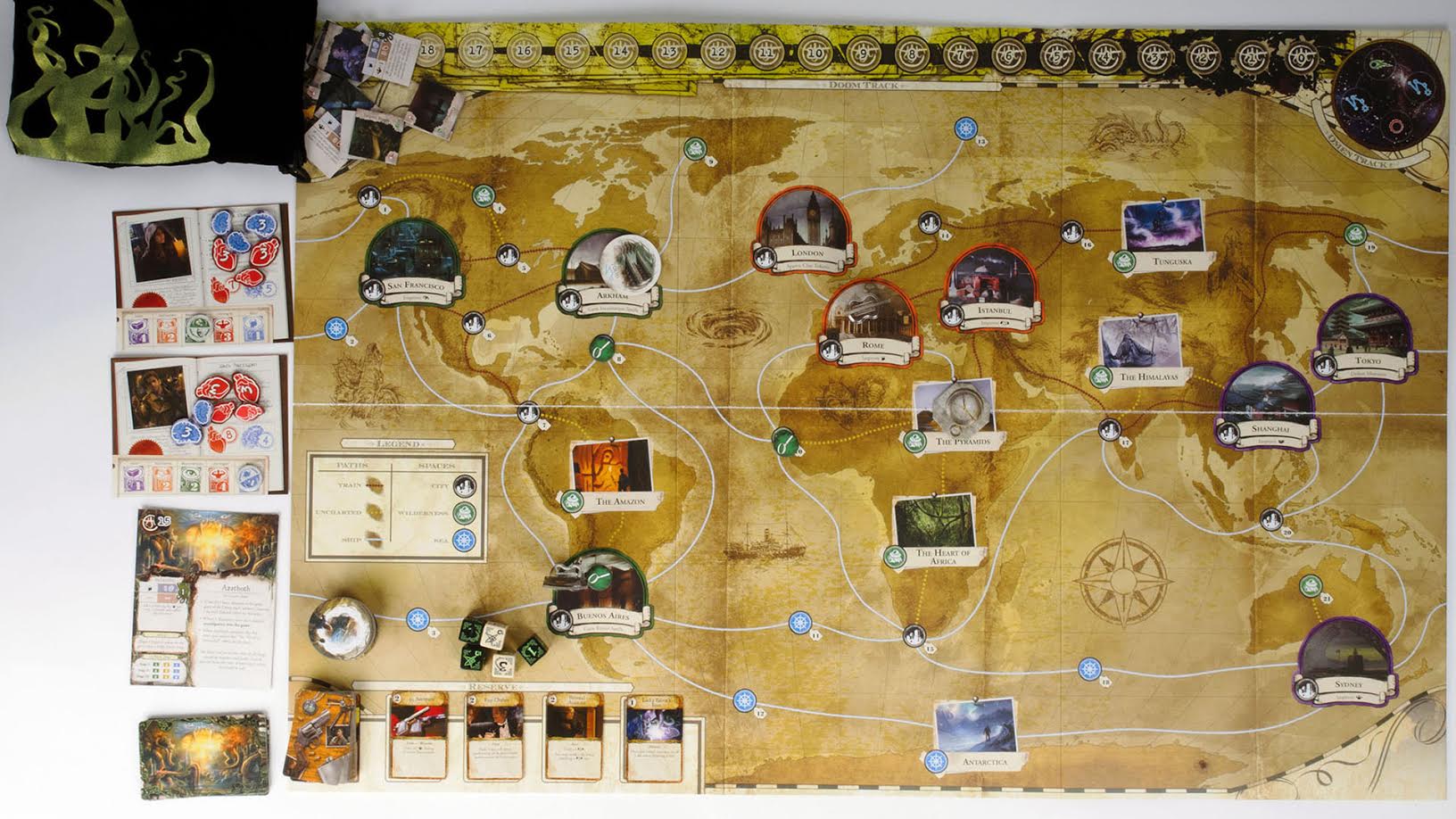 These games are wicked hard and extremely complicated. The different investigators you can play as have different skills and agendas. There are many ways to succeed in the game, but none of them are easy. Only by coordinating your efforts will you succeed. Maybe one player focuses on preventing monsters from overrunning the town, one player distributes money and equipment, and another travels to dangerous worlds gathering clues and shutting the portals. The game is ever changing and a good group of players will have to change with it.

Because the games are so venerable, “Arkham Horror” really starts to shine in the expansions. It can get complicated, but Lovecraft aficionados will get the ultimate experience when you add two more towns from his stories, plus more creatures, mysteries, cults and scenarios. Does the game get complicated? Crushingly so. But by the end of it you and your gaming pals will be the truest of companions. Unless you have to fight Nyarlathotep, that jerk. Then he will make a tempting offer to one of the players, enslave their mind, and end the world. Barring that eventuality, you’re friends will never feel closer.

Another game that will desperately have you and your friends banding together, “Forbidden Island” and its sequel “Forbidden Desert” has you play as a team of adventurers trying to find the treasure and escape with your lives. Unlike the previous games on this list, these games feature a sliding difficulty scale that can make the game less punishing or extra challenging.

In “Forbidden Island,” you and your friends must find four treasures and escape the island before it sinks into the sea. You construct the board a la “Settler of Catan” by putting the different locations next to each other to form a map. The twist is that every game the topography is randomized too, so you never know which parts of the island will sink first. Every player has a different role (the Navigator, the Engineer, the Messenger, etc.) with different unique abilities. The bulk of turns is spent strategizing as a group, figuring out who will clear the way, who will hunt for treasure, who will prepare the escape route, and the like. You won’t have every ability at your disposal, so strategies will have to adapt to the makeup of your team. 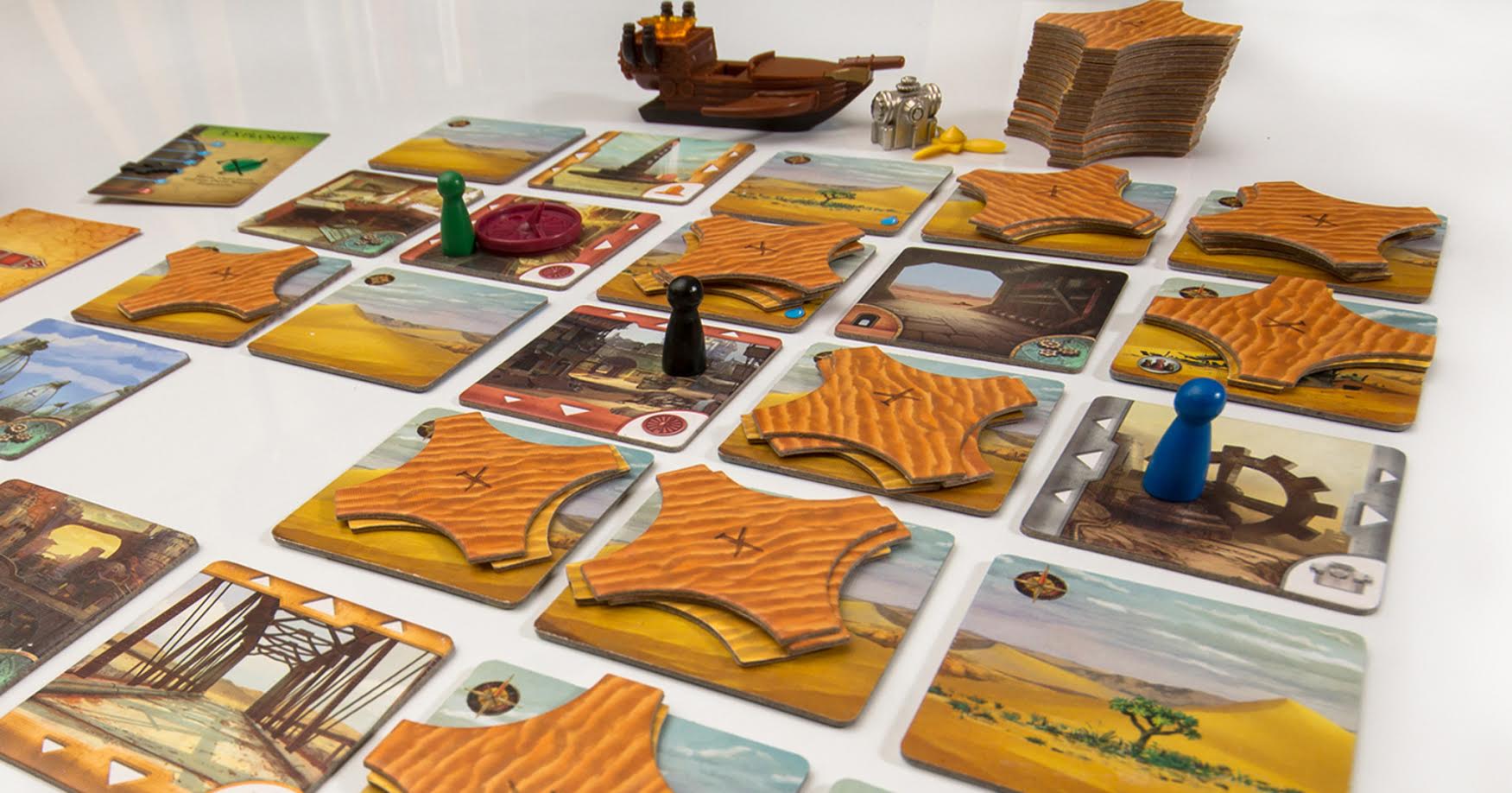 “Forbidden Desert” functions similarly but instead of looking for treasures, you are trying to find the pieces of a gyro-copter to escape from the desert. The shifting sands can bury the different tiles (and you with them) and an imminent sandstorm threatens to make everything much harder. The piles of sand will only get deeper, and navigating through them only gets harder as the game progresses.

The two “Forbidden” games are directly connected, and are unique in that they can be played one after another. After your team escapes the island, you crash in the desert. The varied lengths and difficulties can mean the difference between a half hour amusement to a night of desperate escapes and adventure. “Forbidden Island” and “Forbidden Desert” are relatively simple but not too easy; they are sure to be a hit with your gaming group without alienating anyone.

There are lots of games that are fun to play together, but these three will challenge you in ways that can only be overcome as a team. There’s no backstabbing or hidden agendas, every one of them is beat through the power of your collaborative spirit… and a little luck. Do you have any particularly memorable experiences working together in a board game? Sound off in the comments.