Last month, the comics world suffered a blow when famed comic book artist Bernie Wrightson passed away at the age of 68. Wrightson had been a staple of the...
by Former Writers April 5, 2017

Last month, the comics world suffered a blow when famed comic book artist Bernie Wrightson passed away at the age of 68. Wrightson had been a staple of the comics industry since his first work for DC Comics in 1968, penciling “House of Mystery.” Wrightson became known for his dark, incredibly detailed art style. Throughout his career, he consistently impressed and drew attention with his richly illustrated horror comics. Bernie Wrightson was a true legend, but his most notable creation skews closer to a super hero than it does horror title. 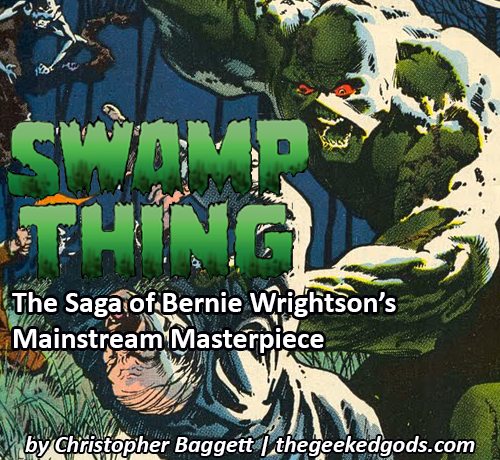 Co-created with Len Wein, Swamp Thing debuted in 1971’s “House of Secrets” #92. It tells the story of Alex Olsen, a scientist who is killed by his co-worker. Olsen is reborn as a monstrous creature made of swamp and muck and exacts his revenge before returning to the swamps. The story proved a huge success, and the two were commissioned to produce a revamped on-going starring the character. 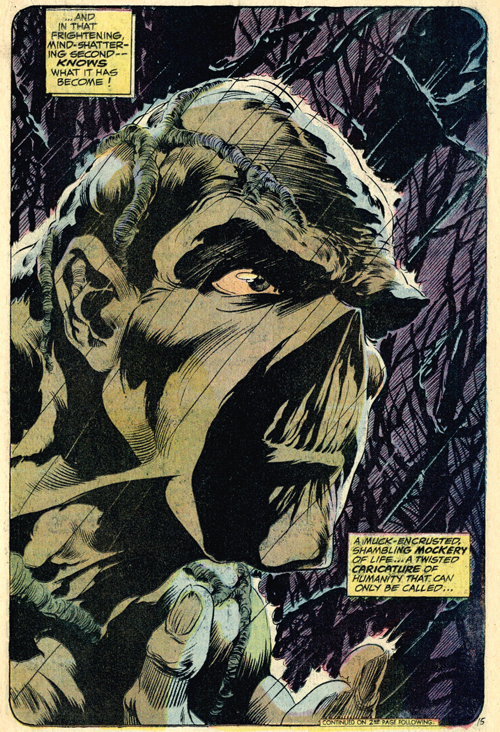 Wein and Wrightson launched the on-going “Swamp Thing” in 1972. More in line with traditional comics, the revamped Swamp Thing was instead Alec Holland, a scientist working on a formula that could restore organic matter. Holland is splashed by the chemicals he’s working with in a bomb explosion and throws himself into the nearby swamp in a panic. The “bio-restorative formula” bonds with swamp and Holland’s body to create a muck-encrusted, hulked monster. Swamp Thing now had a small but regular rogues gallery, including Anton Arcane, The Patchwork Man and Arcane’s Un-Men, as well as being pursued by Matthew Cable, a former friend who believed Swamp Thing had killed Alec Holland.

Bernie Wrightson left “Swamp Thing” after just ten issues, with Len Wein following suit after 13. The book saw sales plummet as time went on, but the character always remained somewhat in the mainstream. In 1982, a “Swamp Thing” film by legendary horror director Wes Craven renewed interest in the character, and the strangest chapter in the character’s life would begin. “Saga of the Swamp Thing” released that summer, largely picking up where the original series left off until Alan Moore came along. One of Moore’s first big projects for an American company, he was given free reign to do whatever he had to do to salvage the then poor-selling comic. Moore stripped the origin to its core and brought the horror vibe back in spades. Swamp Thing was no longer a mutated Alec Holland, but a sentient plant which had absorbed Holland’s memories in the accident. The tone went from monster comic to body horror as Swamp Thing suffered a mental breakdown over the revelation. 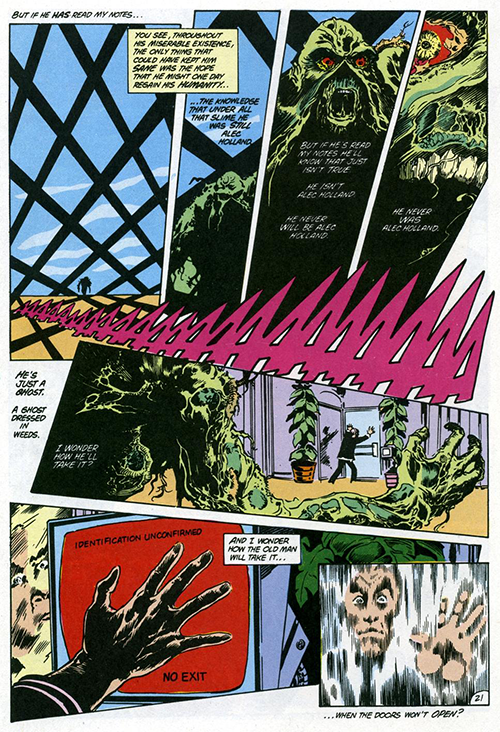 “Swamp Thing” became known for its exploration of the weirder side of the DC Universe. Over time, multiple reboots and reincarnations took place. Swamp Thing contended with a daughter whom he had to hide, a resurrected Anton Arcane and would be established as the protector of “The Green,” the mystical field connecting all life on Earth which reincarnated Swamp Things to serve as guardians. His family would later contend with the duality of Holland and Swamp Thing when the two were forcibly split, seeking aid from John Constantine to rejoin Holland’s spirit with the mad Swamp Thing before resetting his status quo to that of a swamp guardian.

But despite the off and on nature of his comic appearance, the character was still branching out. A sequel to Craven’s film, “The Return of Swamp Thing” was released in 1989, though it failed to find an audience at the box office. However, it garnered enough attention for USA to produce a “Swamp Thing” TV series which would run for three years. In 1991, DIC Entertainment commissioned a “Swamp Thing” cartoon. Only five episodes were ever made, released as a mini-series on FOX Kids, but a substantial toy line and related merchandise were created, including games on the NES and Game Boy. For a time in the early 90s, “Swamp Thing” was a hugely marketable property.

Though it may not have the brand recognition of the early 90s, the character remains a fan favorite. “Swamp Thing” was featured heavily in DC’s rebooted universe. A new volume launched in 2011 as part of “The New 52” which saw Holland restored to humanity, though he would ultimately sacrifice it and become Swamp Thing again. Though this volume was an early cancellation, the character has continued to appear as a supporting character in Rebirth’s “Hellblazer” relaunch, and was recently announced as a playable fighter in Netherrealm Studios’ “Injustice 2.” 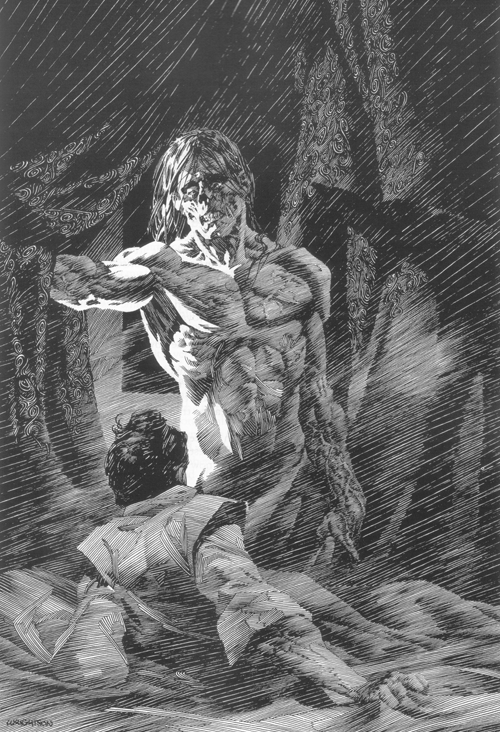 Wrightson became a renowned horror creator after “Swamp Thing,” including his work on “I, Frankenstein” and illustrations for Stephen King novels.

As for Bernie Wrightson, he never returned to “Swamp Thing” but found plenty of success on his own. Wrightson’s art is seen everywhere, from illustrations in Stephen King’s “The Shining” and “Wolves of the Calla” to designing the Reavers for the 2005 film “Serenity.” In 1983, Wrightson scripted and illustrated “Frankenstein” for Marvel Comics, which would become revered for his depiction of The Monster, which is based on the novel’s depiction and does not draw from other sources. Wrightson would announce his retirement in January 2017 amidst a battle with brain cancer. Though he succumbed to the disease the following March, the labor of love he left behind in his art will make him one of the more cherished, recognizable horror comics creators for generations to come.