Superman 1978: Looking Back at the First Superhero Movie Masterpiece   By John Saavedra   Not only is Superman (1978) still the best Man of Steel movie, it might...
by John Saavedra September 8, 2017 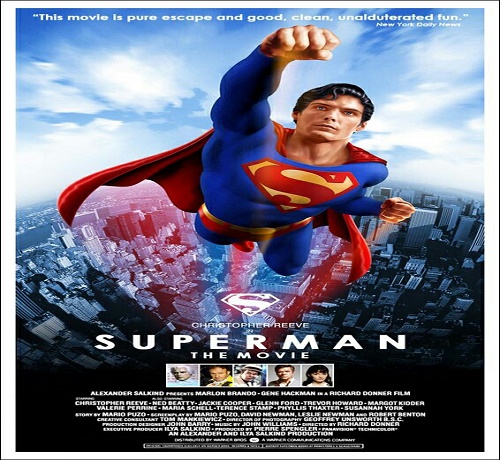 Not only is Superman (1978) still the best Man of Steel movie, it might also be the best superhero movie ever made. Sure, you’d probably have to take The Dark Knight, Logan, and The Avengers out of the equation, yet all of these movies benefit greatly from the modern era of filmmaking technology. CGI blessed these superhero blockbusters. Not that it’s any reason to discount the wonderful writing and directing that made these films titans of their genre. But Richard Donner’s Superman did something special in the late 70s that just can’t be topped by its more fortunate successors: it delivered a beautiful, operatic superhero movie with practical effects that’s at once action-packed and heartfelt. Superman: The Movie, way ahead of its time in terms of superhero storytelling, may very well be the first great superhero masterpiece. 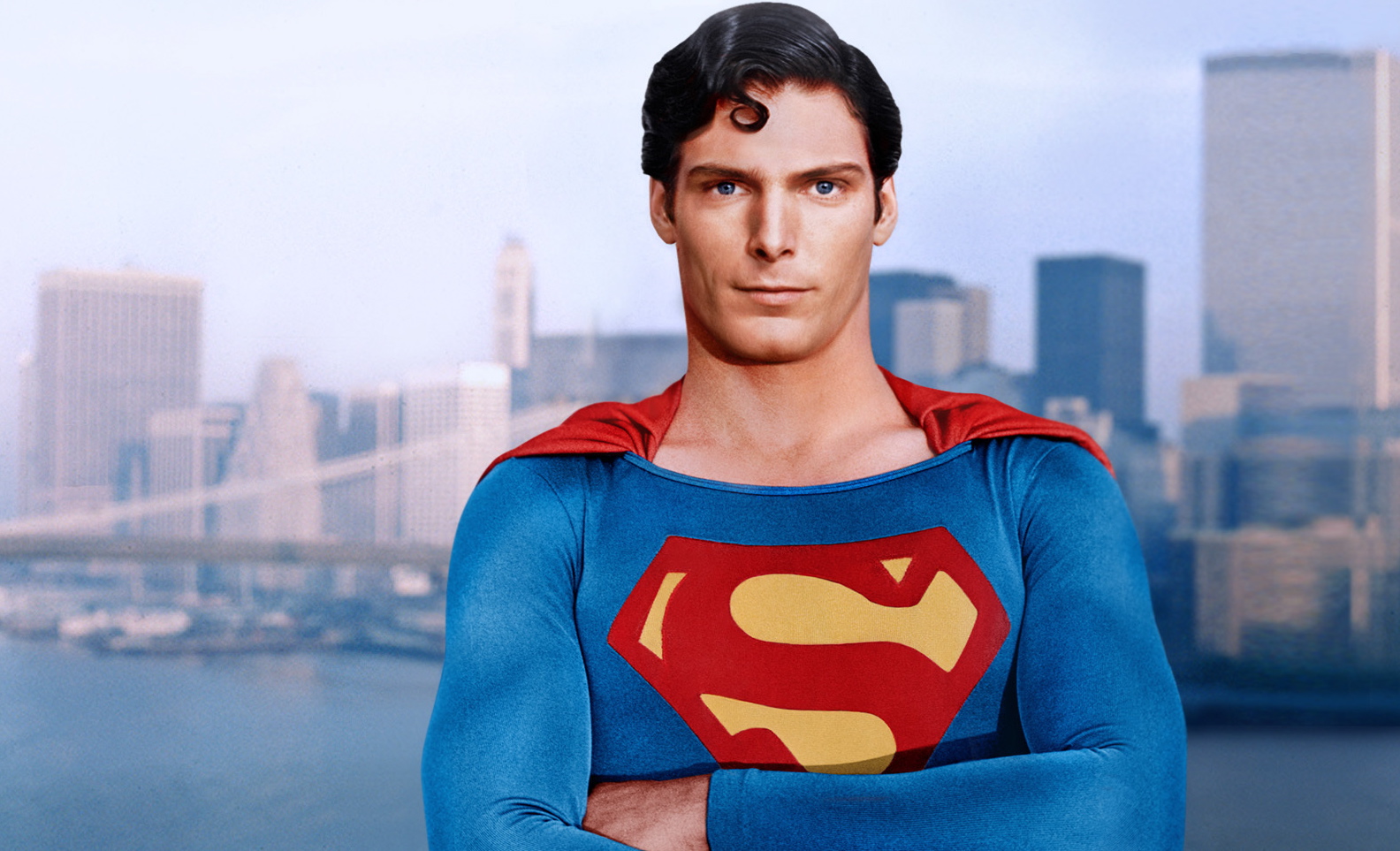 It’s no surprise that it took years to get Superman just right. When Ilya Salkind, his father, Alexander Salkind, and Pierre Spengler finally got a hold of the rights from DC Comics in 1974, they set out immediately to find the perfect script for the Man of Steel’s first big screen outing since 1950’s Superman and the Mole Men. Many writers were approached for the project, including Academy Award-winning writer William Goldman and space opera writer Leigh Brackett — who would later write the first draft of The Empire Strikes Back and shares writing credit with Lawrence Kasdan on the film. 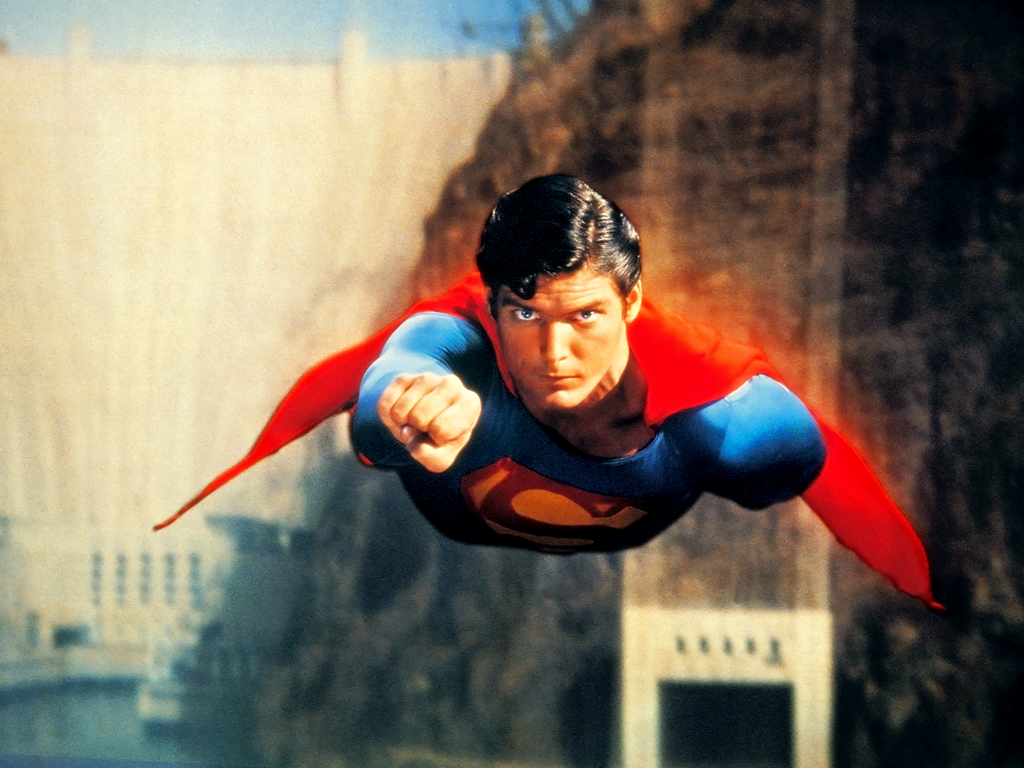 The producers finally settled on Hugo Award-winning sci-fi writer Alfred Bester, who worked on a story treatment before Alexander Salkind decided to hire the much more famous Mario Puzo, writer of The Godfather. Four years removed from 1974’s The Godfather Part II, Puzo set to work on a 500-page script that encompassed both the first Superman film and Superman II. While Puzo’s massive script pleased the producers, the eventual director of the film, Richard Donner, found it too campy and decided to hire Tom Mankiewicz, who wrote several of the early James Bond movies, to rewrite the script. In between Puzo and Mankiewicz, who was not credited as a writer on the film due to some issues with the Writers Guild of America, plenty of other writers tried their hand at forming the script, including Robert Benton (Kramer vs. Kramer) and David Newman, who would go on to work on the scripts of the first three Superman movies with his wife, Leslie. 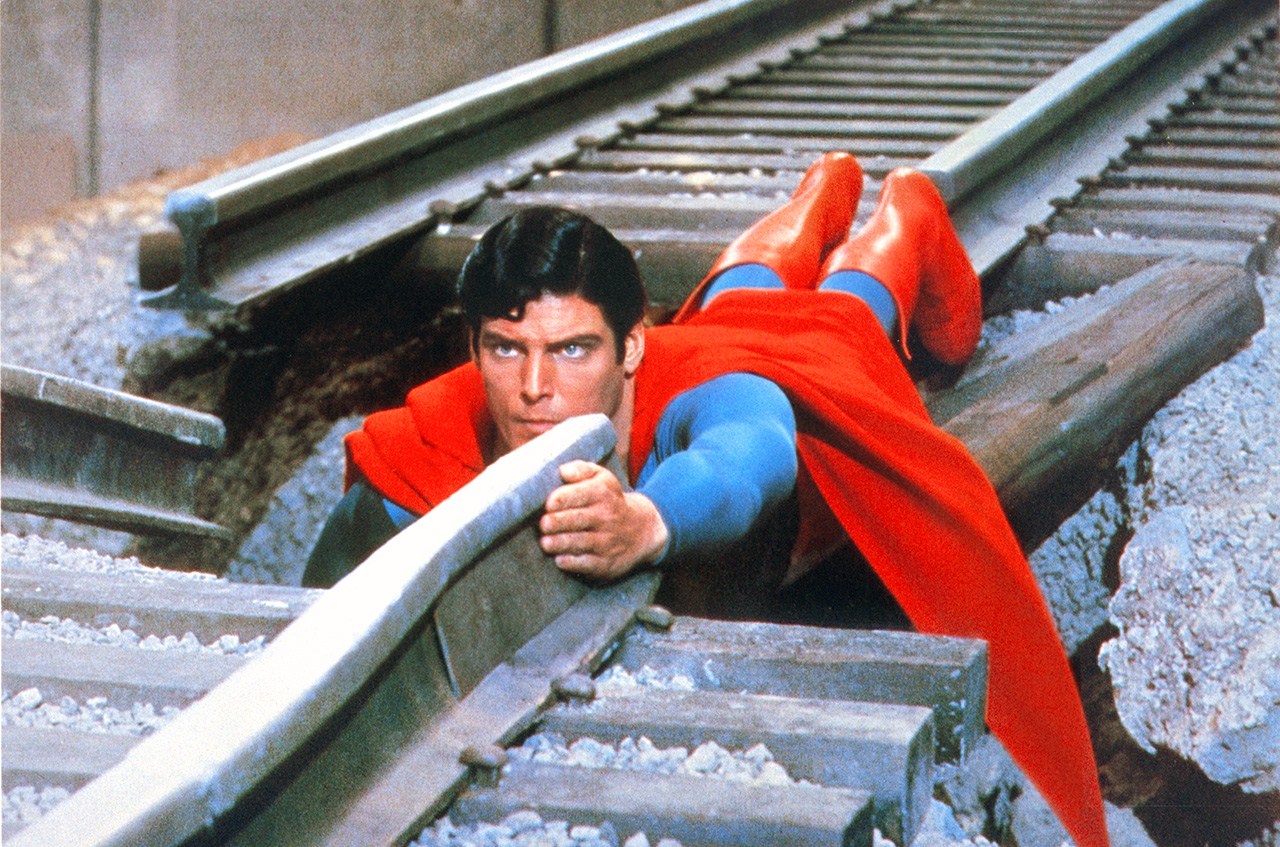 The search for a director was also a long process that involved many big names. Francis Ford Coppola, William Friedkin, Richard Lester, Peter Yates, John Guillermin, Ronald Neame, Sam Peckinpah, and George Lucas, who had released the massively successful Star Wars just a year before, were all approached to direct the film. (Lester, of course, would infamously replace Donner as the director of Superman II.) One also has to wonder what a Coppola Superman movie might have been like. Surely, the producers saw reuniting Coppola with Puzo as money in the bank. 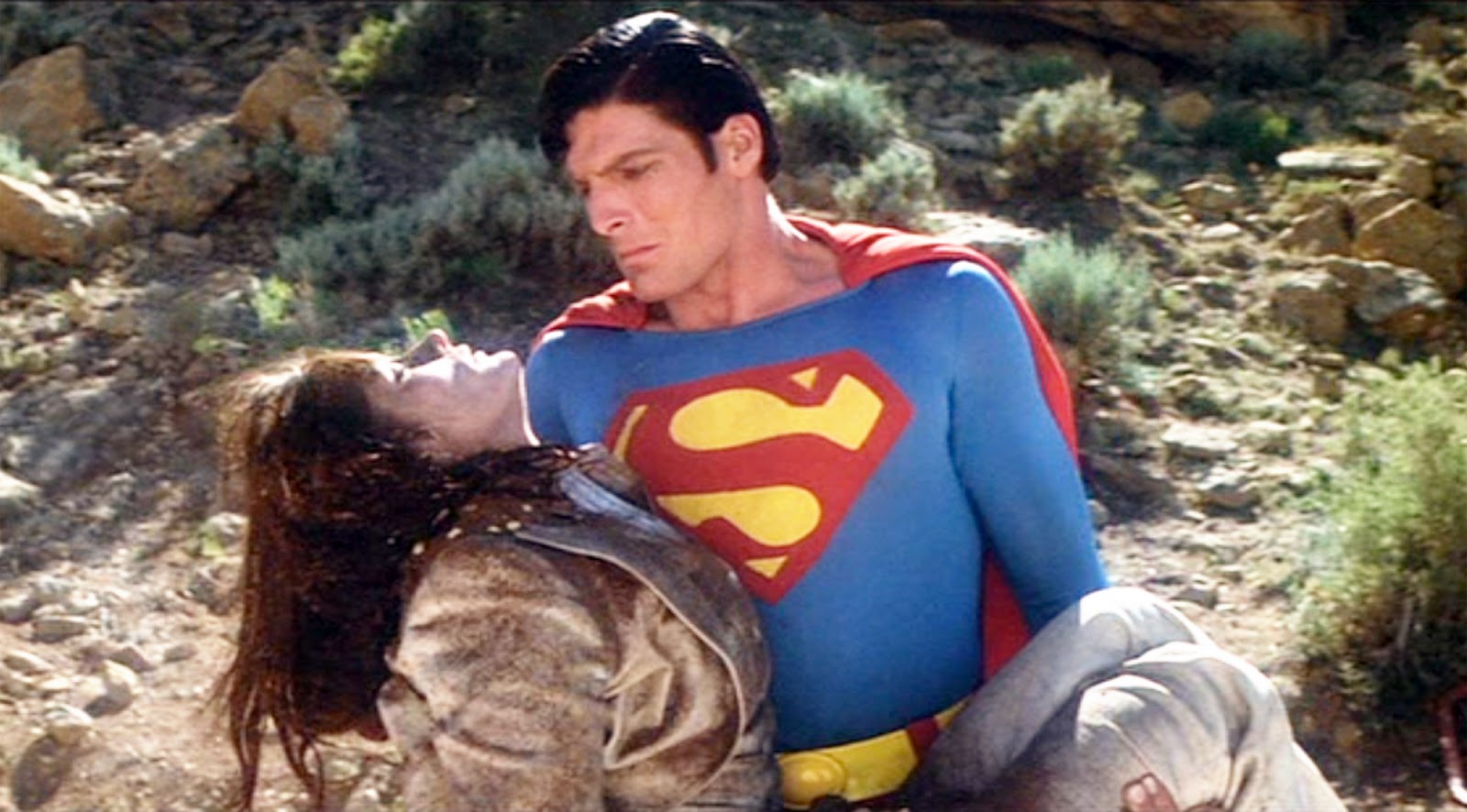 Most famously, Ilya Salkind wanted to get Steven Spielberg to direct the movie, but Alexander told him to wait until the director’s first blockbuster, Jaws, hit theaters. The producers wanted to make sure Spielberg, who hadn’t yet quite proved himself, could pull off a big movie like Superman. Jaws, of course, was a major hit. Unfortunately, waiting on the movie’s release and reception meant that the producers were too late to nab Spielberg, who had already committed to Close Encounters of the Third Kind by the time he was approached. What a bummer. 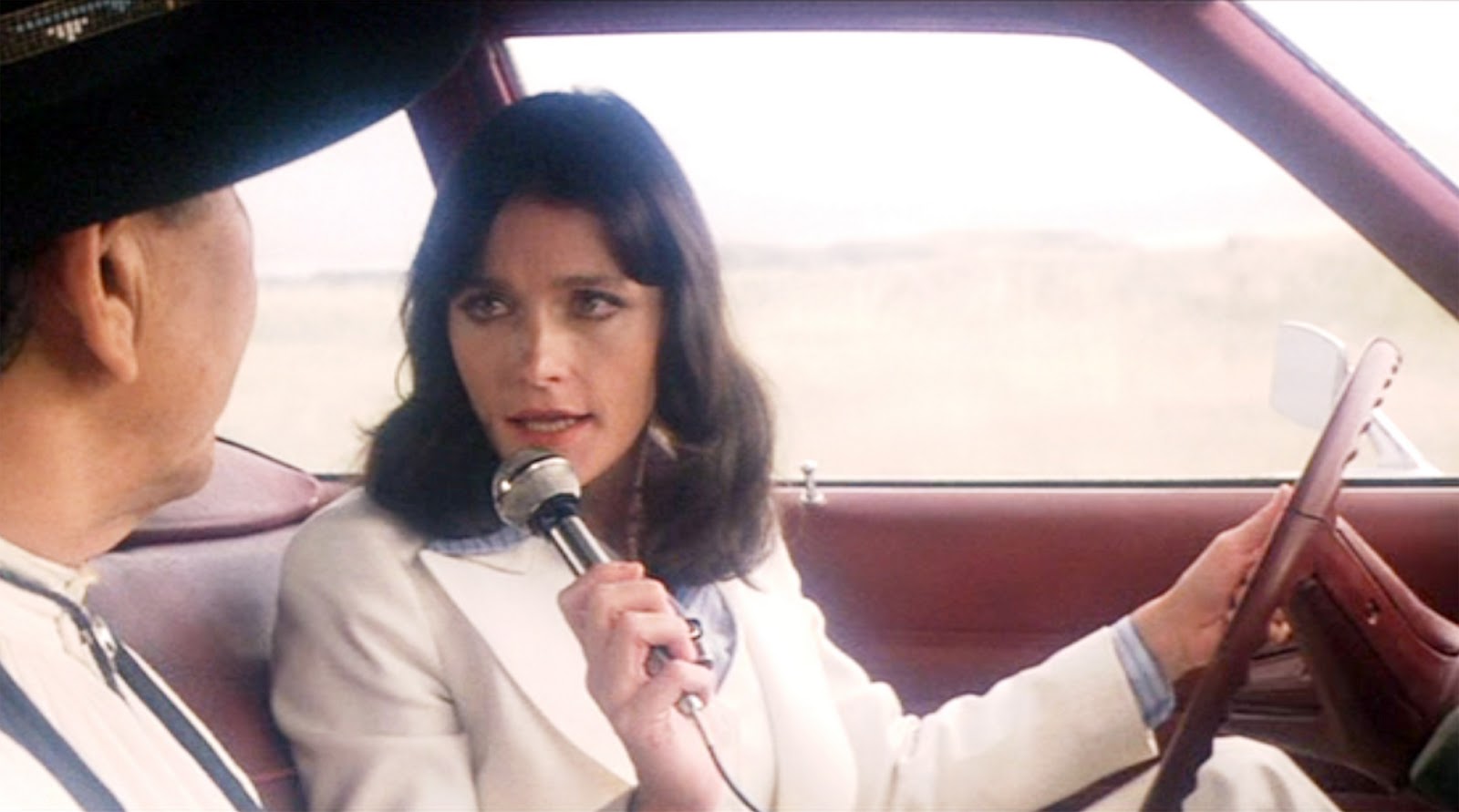 Instead, Guy Hamilton (Goldfinger) was hired to direct before he had to drop out due to some tax troubles in England, where filming was set to take place. The producers eventually settled on Donner, whose supernatural horror film The Omen had impressed them. When Donner came in, most of the story that had been developed before his involvement was scrapped. As Mankiewicz told Starlog, “Not a word from the Puzo script was used.”

Believe it or not, Christopher Reeve, who is probably still the face everyone associates with the Man of Steel, wasn’t the producers’ first choice for Superman. Hundreds of actors were considered for the role, including A-listers like Robert Redford, Burt Reynolds, Dustin Hoffman, Paul Newman, James Caan, Jon Voight, Nick Nolte, Charles Bronson, and Christopher Walken. Dear god, imagine what a Christopher Walken Superman might have been like. I will shed a tear for the memes that were never born.

Patrick Wayne, John Wayne’s son, was apparently cast at one point, but was forced to drop out when his father was diagnosed with stomach cancer. 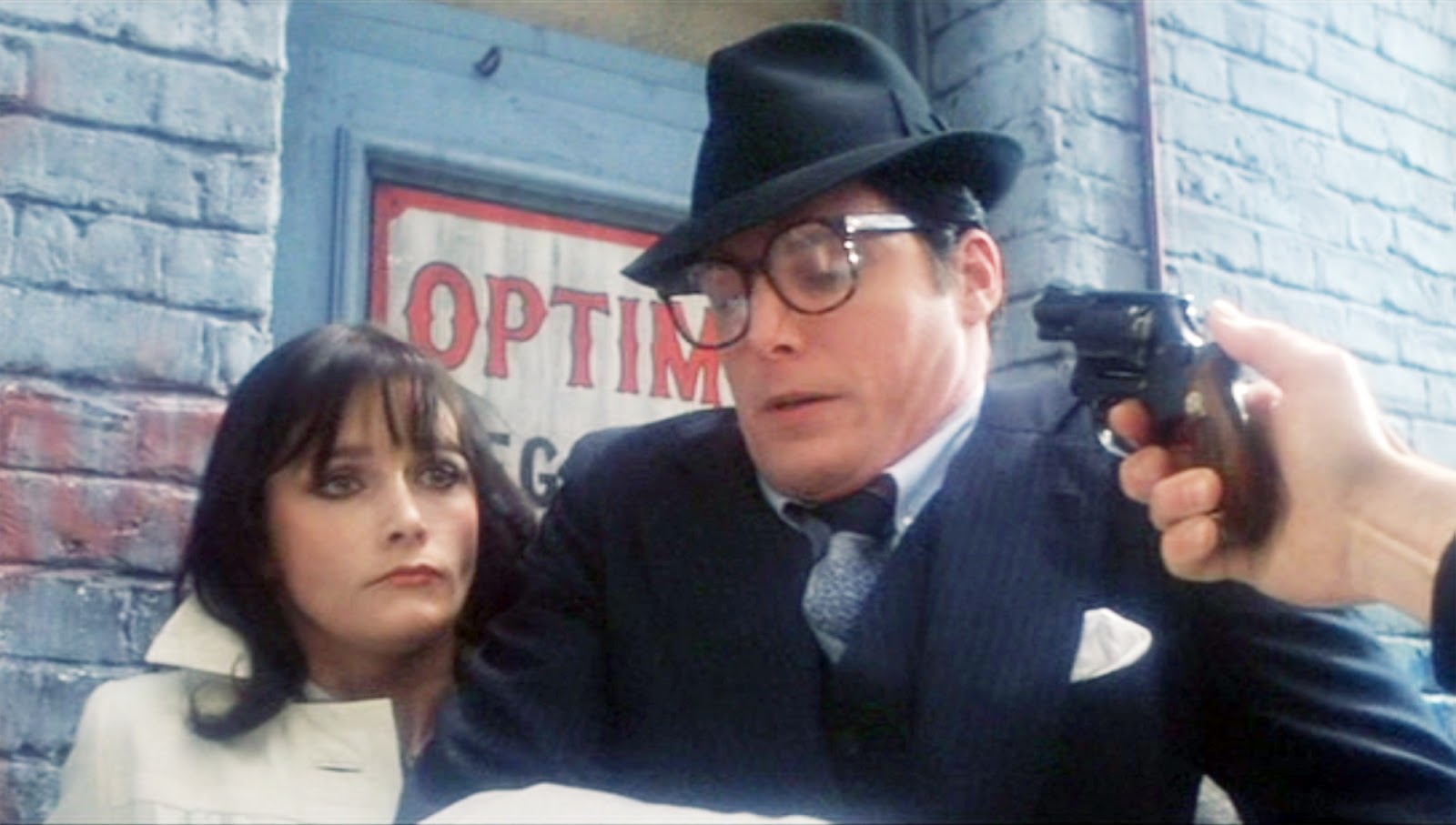 According to Ilya Salkind, the search for Superman became so desperate that the producers even brought in Salkind’s wife’s dentist to do a screen test! When of course that ended badly, casting director Lynn Stalmaster finally convinced the producers to bring in Reeve for an audition. Up until this point, the producers had worried that Reeve was too young and skinny for the role.

Ilya Salkind gave Reeve the benefit of the doubt: “Then I was looking every night at this almanac [of actors’ headshots] and I would look at this Reeve…. I would say ‘Jesus this guy looks so good’ and also he’s got this neck, he had this big neck, and Superman has a big neck. So then I said ‘Why the hell couldn’t he be built up?'”

Reeve was eventually cast on the condition that he wear a “muscle suit” in order to better look the part. The actor refused, though, and instead worked with David Prowse, who portrayed Darth Vader in the Original Trilogy, to build up his body. He went from 181 to 212 pounds before filming commenced. By the time Reeve put on the suit for the first time, he was ready to make history.

Go watch the opening credits for Superman and you’ll notice that it’s actually Marlon Brando and Gene Hackman who headline the film. That’s no accident. By far the biggest talent in the movie, they were paid A LOT more than Reeve for their roles. Brando, who plays Jor-El, Superman’s father, was paid $3.7 million and 11.75% of the box office gross profits (this turned out to be $19 million total), while Hackman earned $2 million. Reeve, on the other hand, only earned $250,000 for BOTH Superman and Superman II. 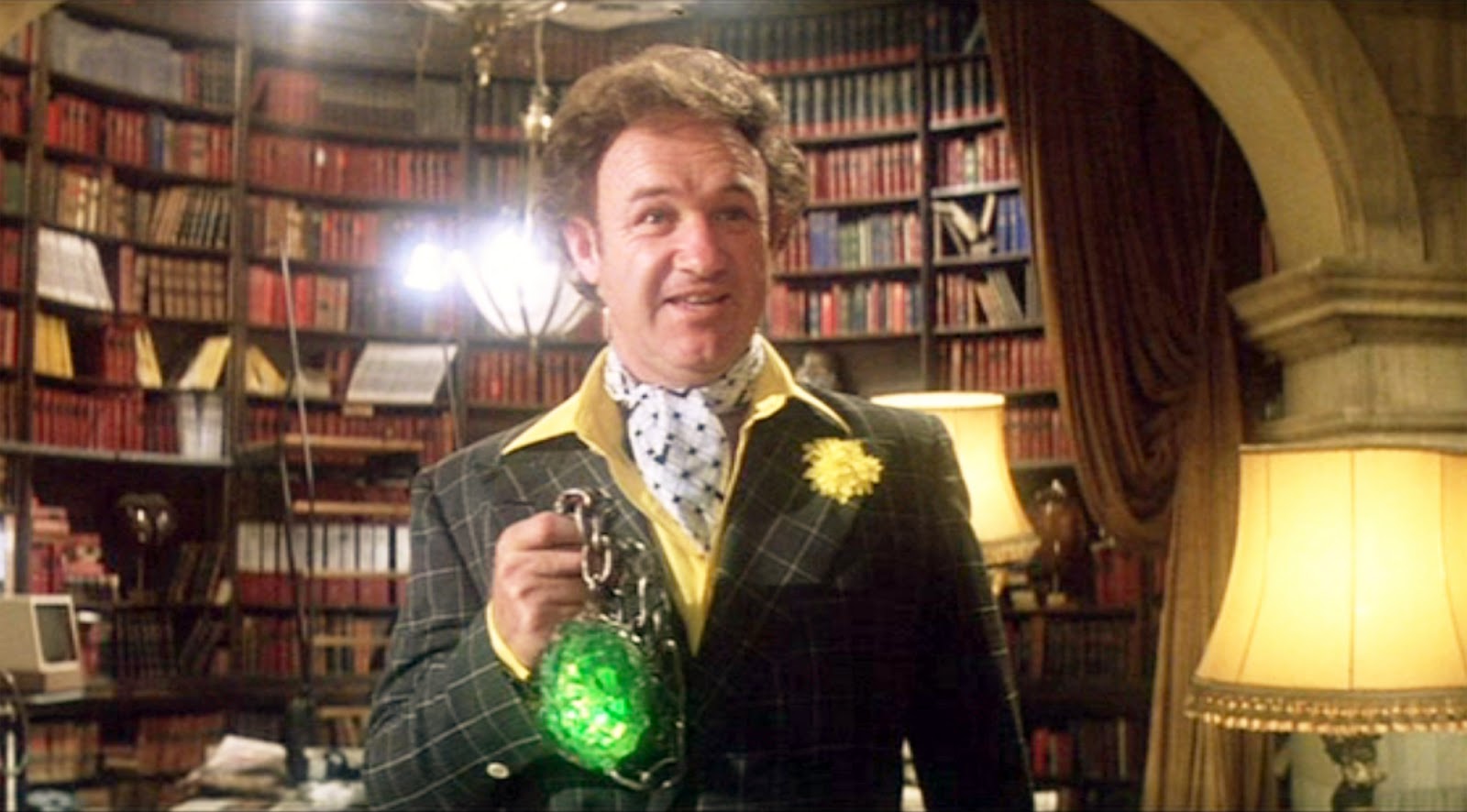 It’s a real bummer when you realize that Reeve’s performance as both the inspiring Man of Steel and clumsy Clark Kent really carries this film. While Brando gives a formidable performance in the film’s decidedly more science fictional first act and Hackman is quite funny as he schemes in his palace underneath the city, it’s the way that Reeve plays his multiple roles that really sells this movie. In retrospect, is there any other actor who has ever so perfectly captured the spirit of both Superman and Clark Kent? No, I don’t think so.

Of course, it would have been impossible for Reeve to pull off such a great performance — he smiles a TON in this movie, which might seem like a foreign concept to fans who have only ever watched the much more mediocre Henry Cavill in the role — had Donner not understood the character so well. The entire movie, which is pretty far from the superhero slugfests we’ve all come to expect these days (Superman II might very well have been the beginning of our current era of superhero movies), is a love letter to Superman’s history. From his science fiction roots on Krypton to the wholesome and nostalgic 1950s to the decidedly more modern Metropolis, we get to see Superman through the lens of every era of his history. Heck, he even says his catchphrase in the movie, “Truth, justice, and the American Way,” when being interviewed by Lois Lane (Margot Kidder).

In comparison, modern takes on the character have focused on making him a more conflicted character and not the earnest and kind hero of the Reeve era. That’s a big mistake if you ask me. In 1978, Superman didn’t get much to punch, and instead focused on saving lives. This isn’t Superman battling General Zod and destroying half of Metropolis in the process. Reeve’s Superman saves Air Force One from crashing into the city, Lois from falling to her death, Jimmy from a watery grave in the third act, and even helps a cat down from a tree. No task is too small for this Superman and he’s always happy to help. In an age of cynical and brainy portrayals, it’s sure refreshing to see the Man of Steel doing things that might seem too ordinary to today’s audiences.

While the third act doesn’t offer much in terms of action, it does deliver Superman’s big dramatic moment in the film. He comes to terms with the movie’s central conflict: how far will a person go to save those he loves? For Superman, it’s turning back time to save Lois from a rocky death despite his father’s warnings that he shouldn’t interfere with human history. Superman is unwilling to let Lois, the woman he has quickly fallen in love with, die the same way Pa Kent did so many years ago. Jor-El faced the same decision when he was forced to launch his son into space because no one would listen to his warnings about Krypton’s imminent doom. In the end, Kal-El breaks the rules in order to save someone he loves the same way his father did.

No punching, no neck snapping. Just a simple act of love.

Superman is a very different superhero movie, elevated by its writing, the stunning music by John Williams (Jerry Goldsmith was originally tapped to score the film before he was forced to drop out due to a scheduling conflict), and Reeve’s performance. There hasn’t been a Superman movie quite like this one since.