Mario, Samus, and Link, oh my! 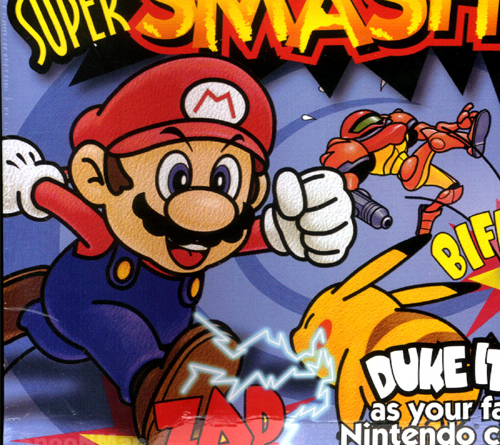 What is best in life?

To crush your enemies. See them driven before. To hear the lamentations of their women. And to beat the ever-loving shit out of your best friends as a midget plumber with a mustache.

Though I was unaware of this quote in 1999, there was a place deep inside of my 9-year-old heart that felt it and knew that it was true. Across the lands I had traveled, ax in hand, slaying my enemies and watching their villages burn. They would kneel before me begging for mercy, and I would give them none. Their riches were plentiful and now in my possession. I had stolen their honor, their lives, and their people. And though their women were of the highest quality, I could find satisfaction in none of this. My battle-weary heart desired more. Something was missing. Something…but I was unable to say just what it was.

Soon enough I knew exactly what my heart was aching for the second I received Super Smash Bros. for the Nintendo 64 from my parents. A game that combines Mario with Donkey Kong, and even Link? And the point of it is to crush your enemies?

My God. What kind of sorcery was this?

The best kind, apparently, and Super Smash Bros. remains one of the best fighting games ever made. What it did was genius; it combined all of your favorite loveable characters from the gaming system instead of creating new ones and simply let you roll with it. There is no overarching story, though there is somewhat of a story mode. But the strength truly lied in its encouragement to gather your friends around, pick your favorite fighter, and go absolutely insane. 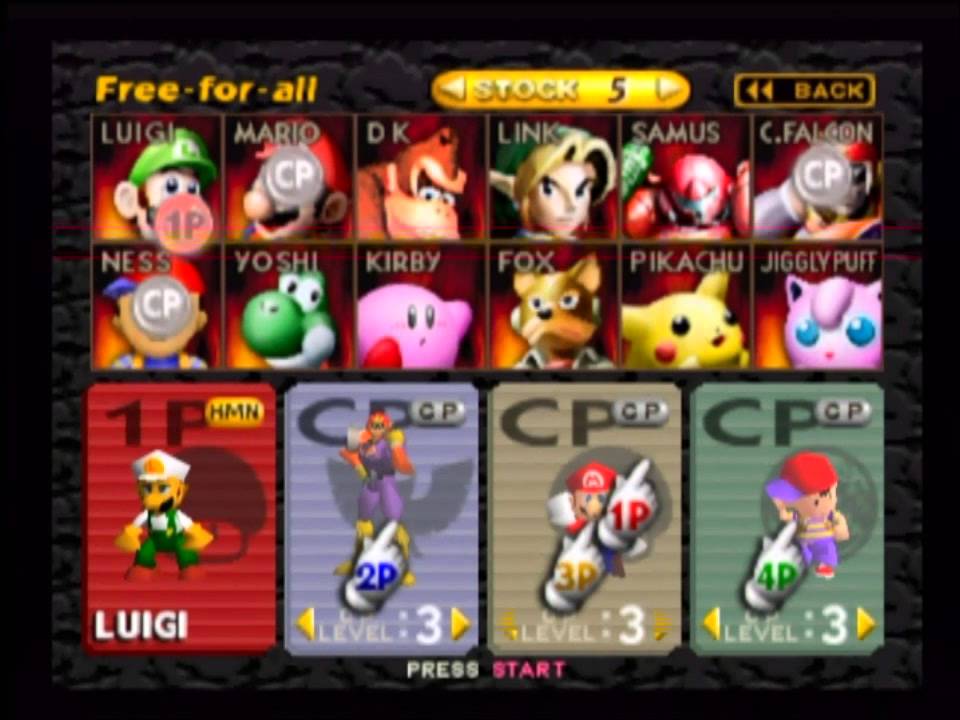 Even more genius is the simplicity of gameplay. In the interest of keeping it so that everyone could play, there are really no button combos for you to master. A player basically has to bash the buttons in like a barbarian and hope for the best. With three other players on screen, each doing the same thing you are, the possibility of your character landing a hit is pretty high. Maximum action, maximum fun.

Unique to the game, which many forget, is the whole system of how you defeat one another. Health bars are nonexistent. Instead, they are replaced with a damage threshold. The aim is not to deplete your enemies health reserve but to raise the damage threshold (which goes from 0% to 999%) until your enemy eventually flies off the screen, screaming into oblivion. The higher your damage threshold, the bigger chance there is of a small attack causing you to fly off into the nether regions of Hell from something hilariously weak – like a hand-held fan.

The result of a gameplay so simple to get into is a room full of screaming kids (or, years later, adults) smashing and throwing controllers around the room and beating their own heads into the wall from the shame of defeat. From the moment it was released, Super Smash Bros. had a built-in audience. Fans of Super Mario Bros., The Legend of Zelda, Donkey Kong, and even Pokemon would all have their chance to see the most iconic characters from each franchise turned into a weapon. It’s fast paced and severely addictive – it’s an adrenaline shot in a game cartridge, and its only been able to be replicated by its sequels. Imitators could have never even stood a chance, and the reason is simple: they don’t have the characters the people want.

The exhilaration I had gotten from playing this game with my friends-turned-enemies has never been able to be outdone in a video game. The sequels are good – very good – but there is also no out doing a classic console that holds the mystical charm of nostalgia. Super Smash Bros. is a classic, and it still kicks ass to this day.