Strange Apparitions Review-Quintessential Batman Reading By James O’Donnell Strange Apparitions is widely regarded as one of the greatest collections of Batman stories in the character’s history. Written by Steve...
by James O'Donnell September 29, 2017 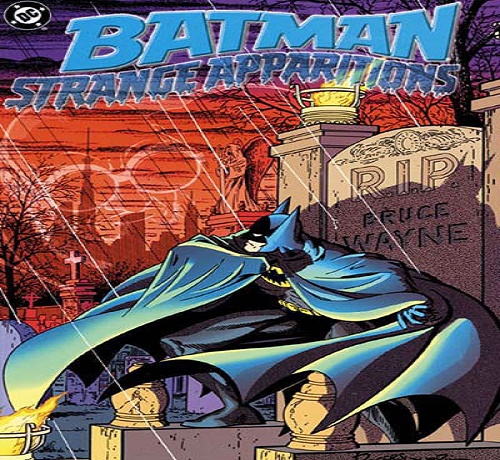 Strange Apparitions is widely regarded as one of the greatest collections of Batman stories in the character’s history. Written by Steve Englehart and Len Wein and brought to life by Marshall Rogers and Walt Simonson, this book took Batman back to his gritty detective roots and laid out the framework for his portrayal in the acclaimed Bruce Timm animated series nearly a decade later. We thought it might be fun to take a deeper look at this hard-to-find classic. 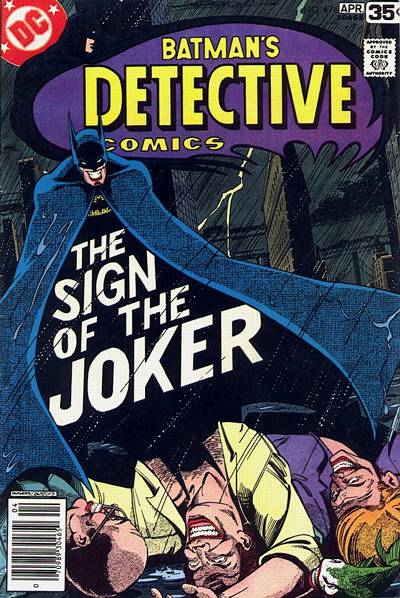 The books in this series follow a series of simple, two-issue arcs (with the exception of one awesomely weird foray into haunted horror) that sees the caped crusader face of against some of his most legendary rogues. After foiling the criminally underused Doctor Phosphorus’s plot to poison Gotham City’s water supply (Detective Comics 469 & 470), Bruce/Batman decide to take a little time off at a health spa run by Hugo Goddamn Strange. In Strange’s first appearance since the 1950’s, the nefarious doctor manages to deduce the Dark Knight’s secret identity and proceeds to instigate a bidding war between noted Gotham mob bosses Rupert Thorne and Oswald “You Can Call Me Penguin” Cobblepot. This all goes about as well as you might expect it would and Strange ends up on the ass end of a whopping at the hands of the Bat-family (Detective Comics 471 & 472). 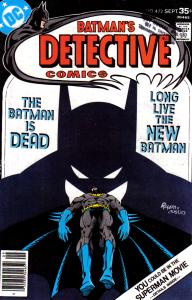 The next two issues feature one-off villains, first the Penguin (a holdover from the Hugo Strange saga) and then kicks into high gear with the first appearance of the modern Deadshot design (you know, the one that everyone likes) in Detective comics 474. After surviving his clash with the world’s greatest marksman Batman must decode a series of sinister games laid out by his arch nemesis The Joker in Detective 475 & 476. Batman is must then face his greatest fears in a haunted house one-off (Detective 477) and, to close out the series, Wein and Englehart introduce the third iteration of Clayface (Preston Payne) in Detective Comcis 478 and 479. 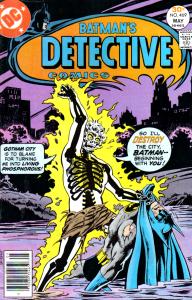 One of the real connections between these books is Bruce (and eventually Batman’s) relationship to socialite Silver St. Cloud. The introduction of this love interest and the complication that it causes serves to humanize a character that can easily get bogged down in noir murder mystery plots and be brooding on top of buildings. She helps the reader remember that sure being Batman would be awesome because Batman, but it would also kind of suck because Loved Ones. Christopher Nolan touched on this (for better or worse) via Rachel Dawes in his Dark Knight Trilogy. 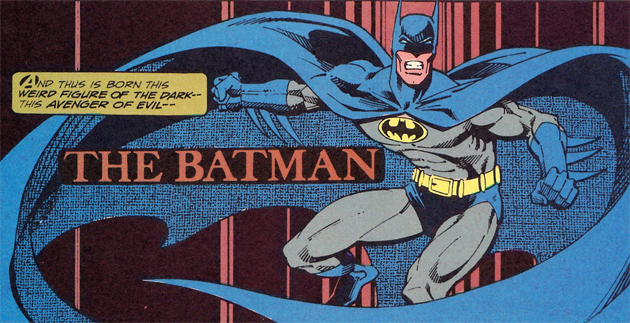 But the silver screen elements don’t stop there; Strange Apparitions also introduced readers to a Batman that had abandoned his family home for good old-fashioned Big City Living. In it we see a Bruce who, much like his big screen counterpart in 2008’s The Dark Knight, lives in a penthouse apartment and operates from a remote Batcave in the heart of Gotham City, which one can only assume tremendously reduced his commute time.

One of the earliest incarnations of a Batman screenplay written in 1983 by Tom Mankiewicz borrowed heavily from the Strange Apparitions saga. Silver St. Cloud, Joker, Penguin, and Rupert Thorne all serve as supporting characters and the film’s climax pays tribute to the Caped Crusader’s battle with Deadshot at an art nouveau exhibit that featured oversized office equipment (though in the film he and Robin are fighting Thorne and his henchmen). 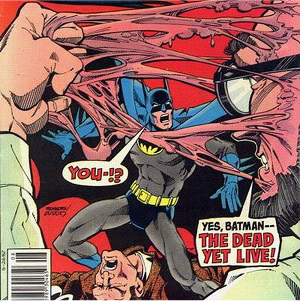 Possibly the most recognizable influence that this series has had would be in two highly acclaimed episodes of Batman: The Animated Series. The Strange Secret of Bruce Wayne is an almost perfect adaptation of the Hugo Strange arc in Detective 470 & 471 and the episode The Laughing Fish pulls much of it’s story from Detective 475 & 476. 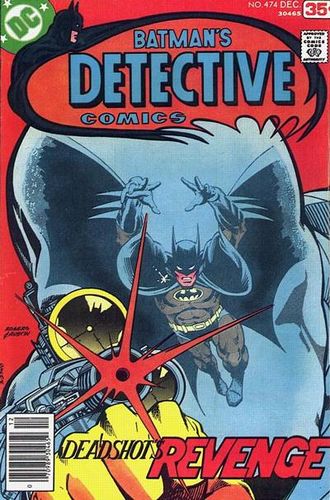 While hard to find (it can take years and or several hundred dollars to track decent copies down copies of this run and the trade is currently out of print) I would call this an absolute must for the biggest Batman fanatic in your life.