Star Trek Discovery Review: To Go Boldly By Jake Hill To many people, Star Trek is one particular thing. It’s a series of televised morality plays. It’s a collection of high-concept...
by Jake Hill September 26, 2017

To many people, Star Trek is one particular thing. It’s a series of televised morality plays. It’s a collection of high-concept science fiction ideas. It’s a political allegory. It’s a workplace drama. It’s an action adventure. The thing is, Star Trek is a venerable and flexible series that has been all of these things. Judging a new Star Trek show isn’t about seeing how well it checks the boxes of previous stories about the United Federation of Planets. You need to judge every Trek on its own merits. 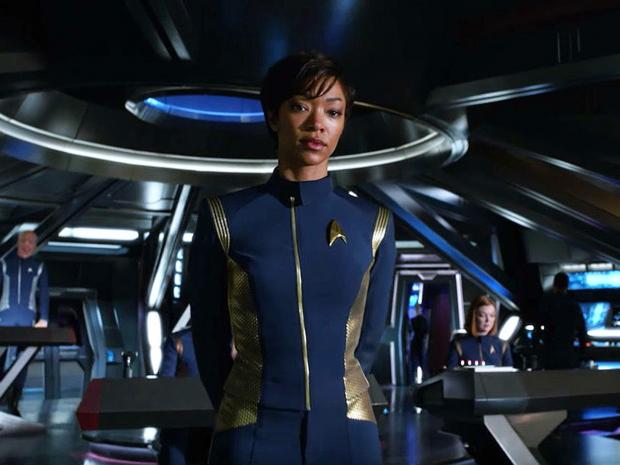 From the earliest moments of “The Vulcan Hello,” it is clear that Star Trek Discovery is a gorgeous science fiction show. We haven’t seen a new TV-budgeted Trek show since Battlestar Galactica set the standard of TV space opera visuals, and Discovery is as improved from BSG as that show was from earlier Trek. The planets, the outer space vistas, the aliens, the props, every frame is filled with something to look at, too much to absorb. It’s a show that rewards the most meticulous nerds out there. 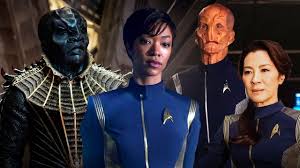 Then the new theme song plays. It is again, as different from previous shows as could be expected, but the music is great, and the new hand-drawn aesthetic has a lot of character. Seeing an unseen hand render bat’leth and Vulcan salutes and Starfleet vessels is a powerful visual for establishing the tone. Gone is the “space, the final frontier” monologue. These are not the voyages of the Starship Enterprise. 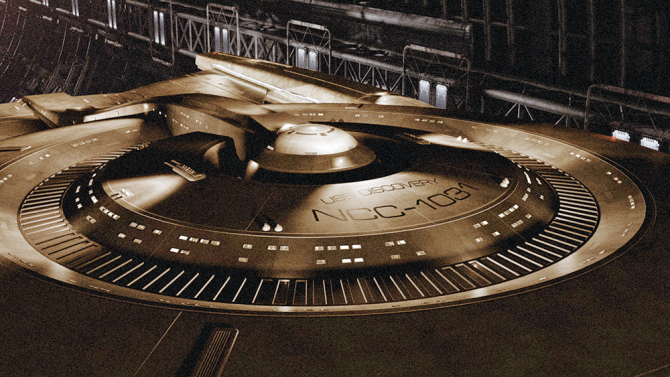 The newest Starfleet ship in the “STAR TREK” TELEVISION FRANCHISE, the “U.S.S. DISCOVERY.”

When we see our first performances, they feel ephemerally Trek. Characters monologue at each other; they pontificate huge moral concepts with a twinge of barely contained soap operatic emotion. It’s like watching Shakespeare performed. Nobody in our real world talks this way, but a good actor can convey a lot without speaking naturally. This cast is filled with good actors. 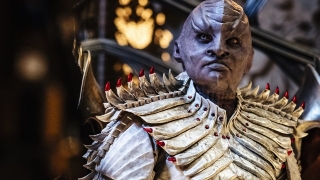 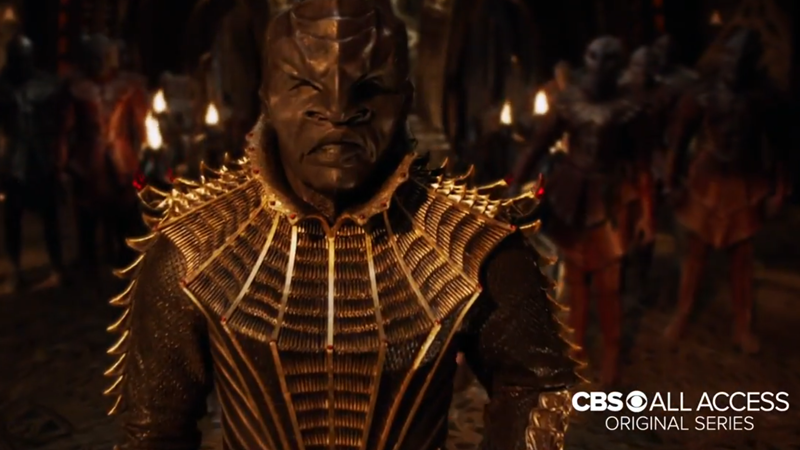 In fact, the crew of the USS Shenzhou is cool! Captain Georgiou (Michelle Yeoh) is the perfect balance of competent badass and compassionate diplomat. Number One officer Michael Burnham (Sonequa Martin-Green) is incredibly fascinating, a human with a Vulcan education who tries to let her human emotions inform and enhance her logical choices. Lt. Saru (the incredible Doug Jones) is an alien species that philosophically believes in cowardice as a virtue. That unique perspective and the apparent friction that creates with the gung-ho nerds of Starfleet has all the makings of a good Star Trek alien character. Saru is the best character introduced in the first episode; an alien who can show us what it means to be human. 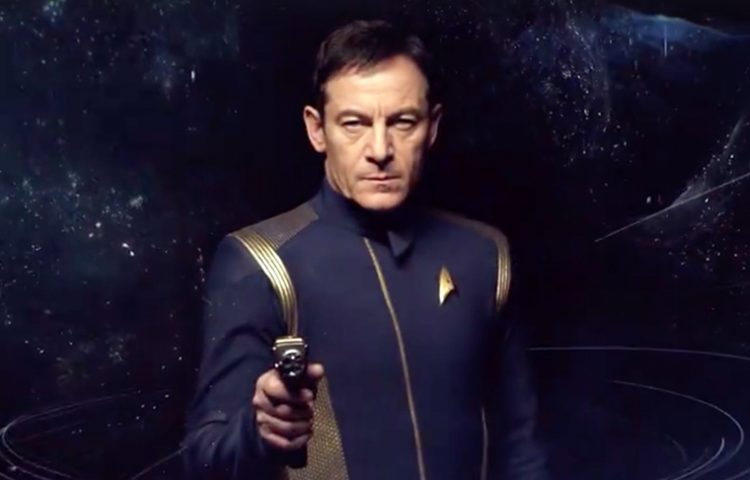 So Star Trek Discovery has a cool look, an impressive ensemble, and an engaging cast, how’s the story? This is what makes Discovery stand separate from other Trek shows. In the past, Star Trek has often been more interested in exploring new territory. Exploring new worlds, and new civilizations. Guarding the entrance to the hostile Gamma Quadrant. Exploring the Delta Quadrant with no hope of backup. Discovery is about playing in the sandbox that we already have. This is a story about Humans, Vulcans, and Klingons, the main three factions of the long saga of Star Trek. This is not a show about exploration, it’s a show about politics, and war, and diplomacy.

Does that prevent Discovery from being a “real” Star Trek show? Not at all. Deep Space Nine (my favorite Trek show) drastically shifted the focus from an exploratory vessel to a space station on the frontier. Discovery seems to change the focus again, but with a strong sense of voice and mission, it has as much chance to succeed as any Trek series before it. If fans, both new and old, give this new concept a chance, this may be the Star Trek show our decade needs. A couple of episodes in, Star Trek Discovery, is a unique iteration of the old series. By moving away from exploring strange new worlds, maybe it can succeed in boldly going to places no Trek has ever gone before.